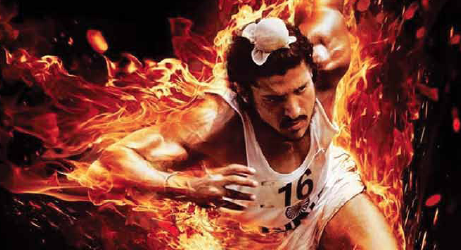 The article below is featured here with their permission. 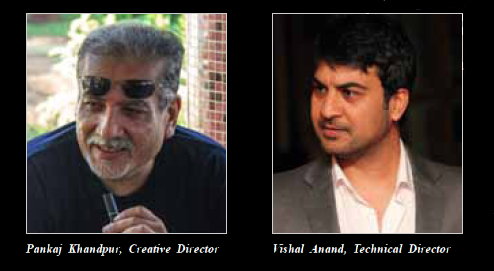 We often wonder what goes into making our favourite stars look larger than life on big screen. Or what led Salman Khan, a secret agent leave the audience in awe with the high-octane tram sequence in ‘Ek Tha Tiger, a film that won the hearts of every age group and went on to win an ‘IIFA’ award for best Visual Effects. Prior to its release, who could have possibly imagined an Indian RAW agent could shift tones so effortlessly from being a whimsical comic to a ruthless spy to vulnerable lover and yet win the hearts of millions of viewers across the world?

Be it the superheroes flying across the sky or cities drowning into an ocean, films offering great visual experiences, like Iron Man and Indiana Jones have been Hollywood’s biggest money-spinners & have always left the audience gasping for more. Nine of the 10 highest-grossing movies worldwide in the past few years relied heavily on visual effects, making the industry even more central to Hollywood’s business model.

If your heart skipped a beat seeing superhero Salman Khan run on top of a moving tram or jump from his motorbike to a flying plane, in Ek Tha Tiger; the credit invariably goes to the VFX artists who consistently portray the filmmaker’s vision onto the big screen by weaving in stellar visual effects to make the experience “larger than life”. More and more films produced today are increasingly embracing VFX, turning pixels into marvellous fantasies. 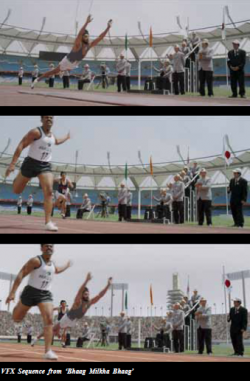 Today, a large number of VFX companies operating in India cater to national as well as international markets. While they were earlier engaged in working on low-end projects such as wire removals and clean-ups, the industry is now working on prestigious high value assignments. This makes one wonder what goes into crafting scenes that create a world which looks pretty different from ours, but feel surprisingly realistic.

Visual Computing Labs (VCL), the animation and VFX arm of Tata Elxsi, is amongst the few players that has been consistently recreating experiences that have left the audience enthralled, through the various films it has delivered. A recent illustration in point is Bhaag Milkha Bhaag, Rakesh Omprakash Mehra’s latest film based on the life of legendary Indian sprinter Milkha Singh which received many accolades, and garnered an enormous Rs. 92 crores in the domestic box-office in 18 days of its release. One of the most interesting aspects in the filmmaking process that contributed largely to its success was the visual effects process.

Bhaag Milkha Bhaag had over 150 VFX shots, successfully delivered by VCL that deployed 50 artists who completed the film within a time span of 3 months. And given Rakhyesh’s penchant for 100 per cent accuracy it wasn’t easy at all.

For the biopic film based on the life of Milkha Singh, there was a need to create high octane race sequences that took the audience back to the era of 1960’s. In the pre-production phase, VCL undertook an extensive recce exercise of exploring suitable stadiums across India and cautiously shortlisted the stadiums in Ludhiana, Patiala, Chandigarh, New Delhi etc. where most of the race sequences were then shot. This was the most crucial element of the VFX development process as the selected locations had to be feasible enough for the historic sequences to be re-created accurately. Once the locations were finalized, the biggest challenge was the lack of reference material as most stadiums of the era either did not exist anymore or have been converted into modern stadiums.

Few vintage photographs or videos of what the stadiums in old times looked like, helped reconstruct the structures as they were more like amphitheatres in earlier times. It was a task to make them look as authentic as possible.

Another point in consideration was the peripheral line of the stands meeting the track that could not be meddled with. Therefore we built around it so that everything within the track remained part of the live action and everything beyond was rebuilt in CGI. We could not show a synthetic track so it was changed to Cinder and the track lines to chalk, every scene for 150 shots. This was a mammoth task as people on the tracks had to be lifted off’ or rotoscoped out and then put back on the new cinder tracks. This is when VCL came up with a process called cinderization – where matte painters created huge cinder tracks with hand detailed chalk lines. The computer graphics department then laid these into the shot and the effects team created dust puff and dirt clods for every foot to ground interaction. That was not all! While we were sourcing the costumes that suited the period, our modellers prepped VFX Sequence from ‘Bhaag Milkha Bhaag’ the massive agents, to clothe them in the correct attire for the Rome Olympics and Commonwealth. For the Tokyo races we had to build a library of Asian agents and again clothe them appropriately.

While creating the stadiums and props of the 60’s was one thing, we encountered hurdles in re-creating the crowd reactions during these races. Unlike today’s matches the reactions were somewhat restrained and the animators had to keep reviewing footage to correctly factor in the appropriate gestures for cheering, applauding etc. While the entire film including the most critical scenes in the film were shot using Red Epic, we leveraged our expertise in creating realistic crowds using the state-of-the-art crowd generating software, ‘Massive’. In addition to the Massive crowds we relied extensively on a library of live action crowds that was specifically shot from various angles and in different light conditions. This combination of live action crowds and CGI crowds, helped us create a pipeline to sequence in the correct action, shot-by-shot so the crowd would cheer when required, stand up at the finish line, clap while some randomly kept moving around the aisles; everything had to interact accurately with the race in question. The flashbacks to the nightmare sequence were another key talking point of the film as it formed an important part of the narrative. This sequence relied on a different creative look which was developed over various discussions and iterations between the director and our creative team. Our team has been involved with the project since the last three years and has gone through its varied phases of its development. The end result? A blockbuster biopic that appealed to audiences and left them mesmerised!

Bhaag Milkha Bhaag is just one example. Some of our other big ticket films off late that used VFX extensively include Ek Tha Tiger, Dhoom 2, Jodha Akbar, Taare Zammen Par, Arjun- The Warrior Prince and Rang De Basanti, among others.

Today the industry is successfully delivering solutions that one could not have thought of twenty years ago. The evolution has been fast paced and the learning incremental. According to a recent report by FICCI-KPMG, the Indian VFX and animation industry accounts for only around 10 per cent of total animation and VFX outsourcing pie while there is room for growth, as the amount of work in this space is on the rise. Till then, let’s wait and watch.

Reprinted on PVC with permission from…