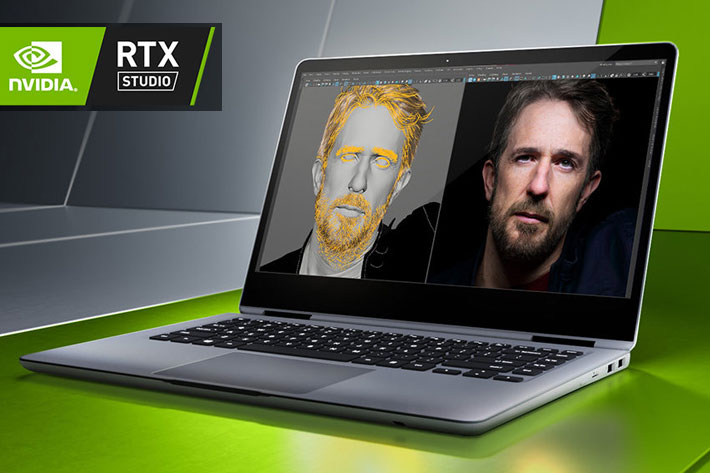 The 10 new RTX Studio laptops are powered by GeForce RTX SUPER GPUs, which deliver faster performance than the original RTX 20, and they all feature the latest 10th Gen Intel Core processors.

Creative professionals are more demanding than ever. More than 40 million online and studio-based creatives depend on high-performance PCs for their craft. For years they were underserved, having to rely on hardware that didn’t always address their needs. Now they face another challenge: having to work from home, due to the pandemic of COVID-19.

Once, it was difficult to find a solution, as only large workstations would deliver, and everything else seemed to be underpowered. Working from home or anywhere was a no go. RTX Studio laptops have changed that, says Nvidia,  “with manufacturers using NVIDIA GeForce and Quadro RTX GPUs to build a new class of high-performance systems. Ultra-thin, light designs that unleash unique levels of creativity with the power to tackle the most challenging design and visualization projects.” Now you can work on the go! 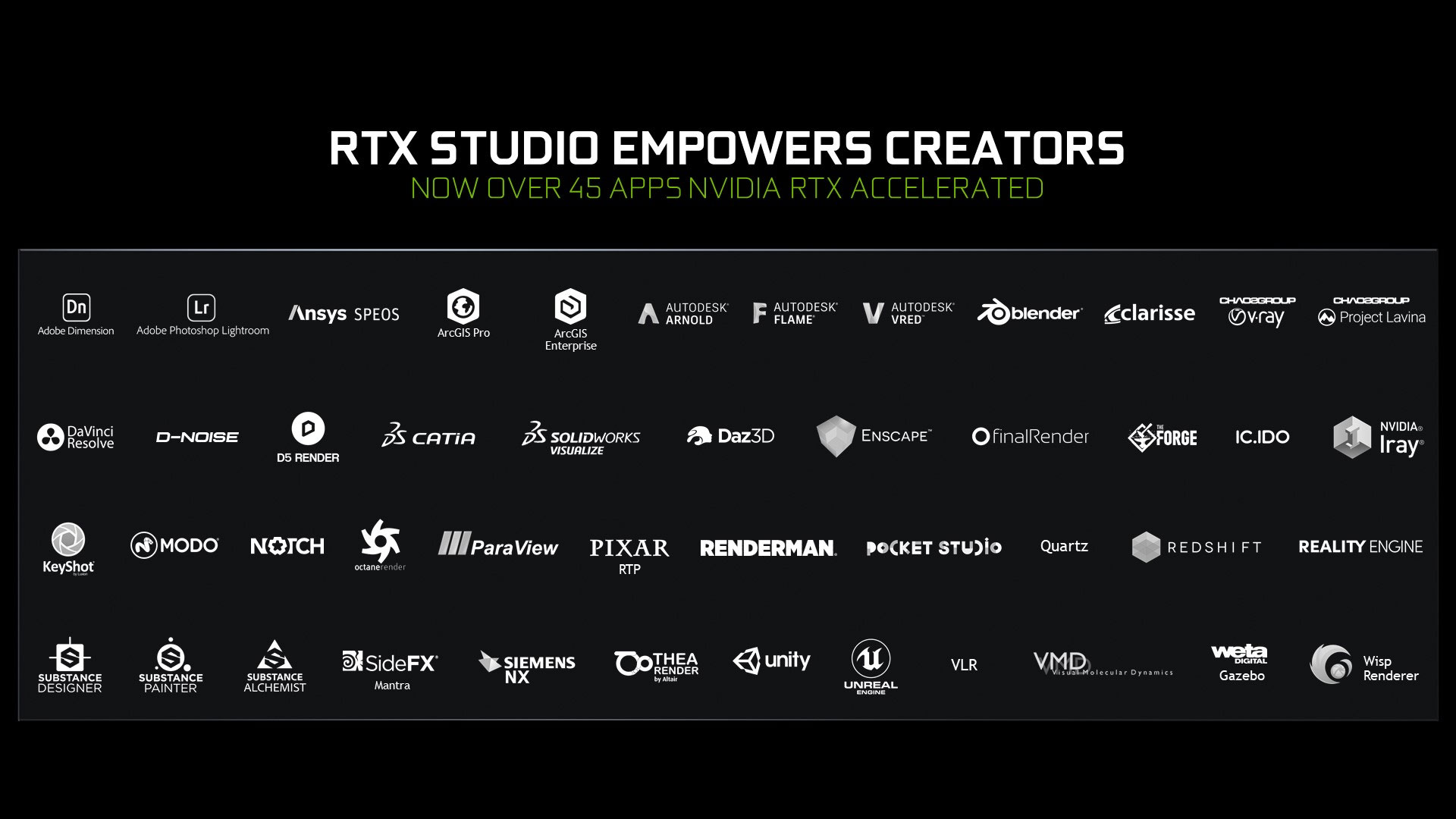 The hardware is not of much help is the software does not use it, but the landscape changed rapidly, and the world’s top software vendors have taken notice, bringing NVIDIA RTX acceleration to more than 45 apps. And they’re backed by NVIDIA’s industry-leading Studio driver program, ensuring peak performance and the highest levels of stability when working with creative applications. More than 45 of the top creative applications — such as Adobe Premiere Pro, DaVinci Resolve, AutoDesk Arnold, Blender and many more — all feature RTX acceleration by the RT Cores in RTX GPUs.

Recent upgrades include new GPU-accelerated features to apps from Cebas, OTOY and more. 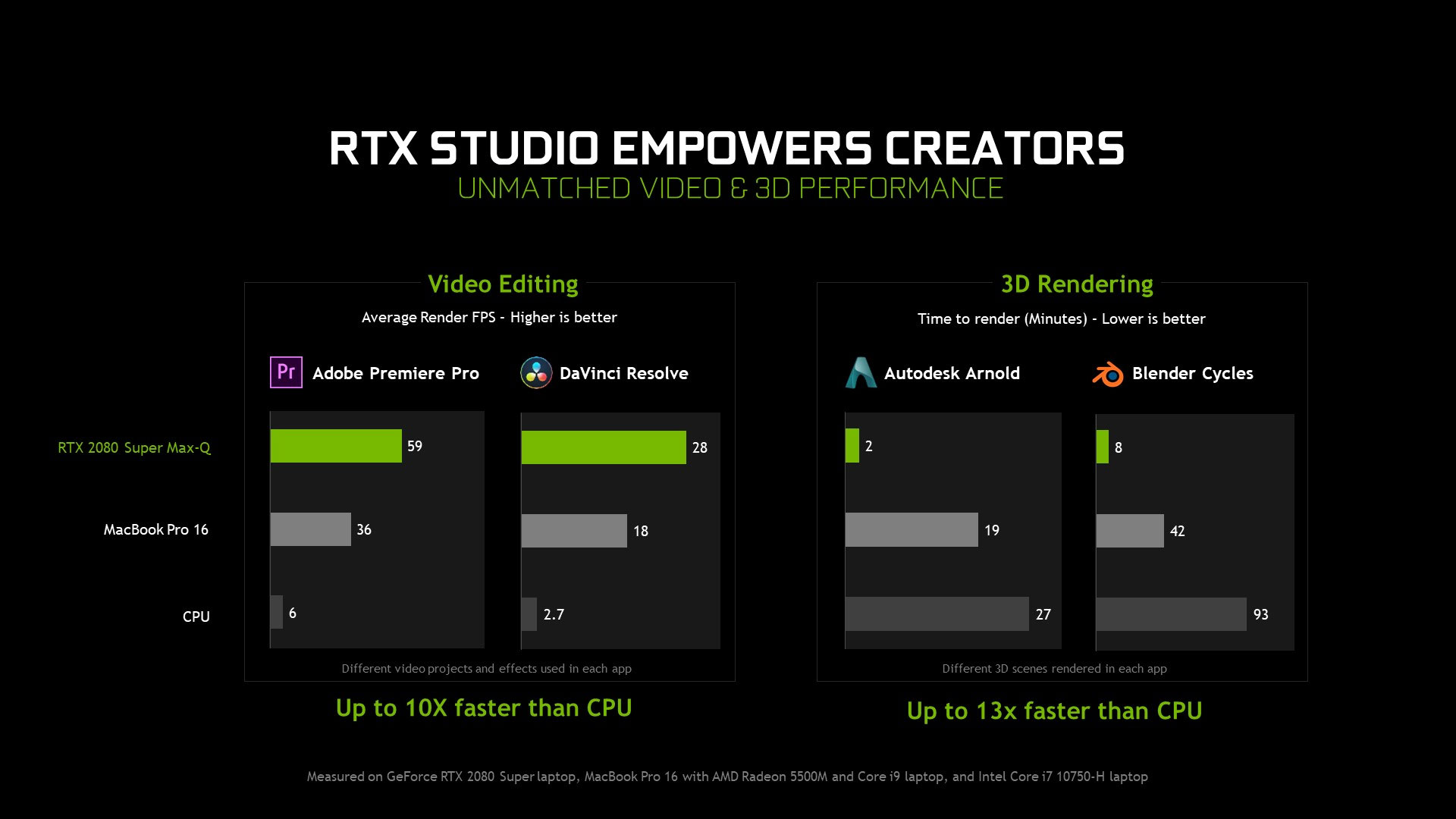 Now, according to Nvidia, users can work, play, create with record more than 100 new thin, light and fast laptop models, as Nvidia’s global OEM partners are bringing out solutions powered by NVIDIA GeForce GPUs, including the just-launched GeForce RTX 2080 SUPER and 2070 SUPER GPUs for laptops.

The record-size launch also includes a range of RTX 2060-powered laptops starting at just $999. The new platforms are all based on the NVIDIA Turing architecture, which incorporates dedicated hardware cores to process ray tracing and AI in real time, delivering increased performance and enhanced visual fidelity for today’s hottest games and major content creation applications. 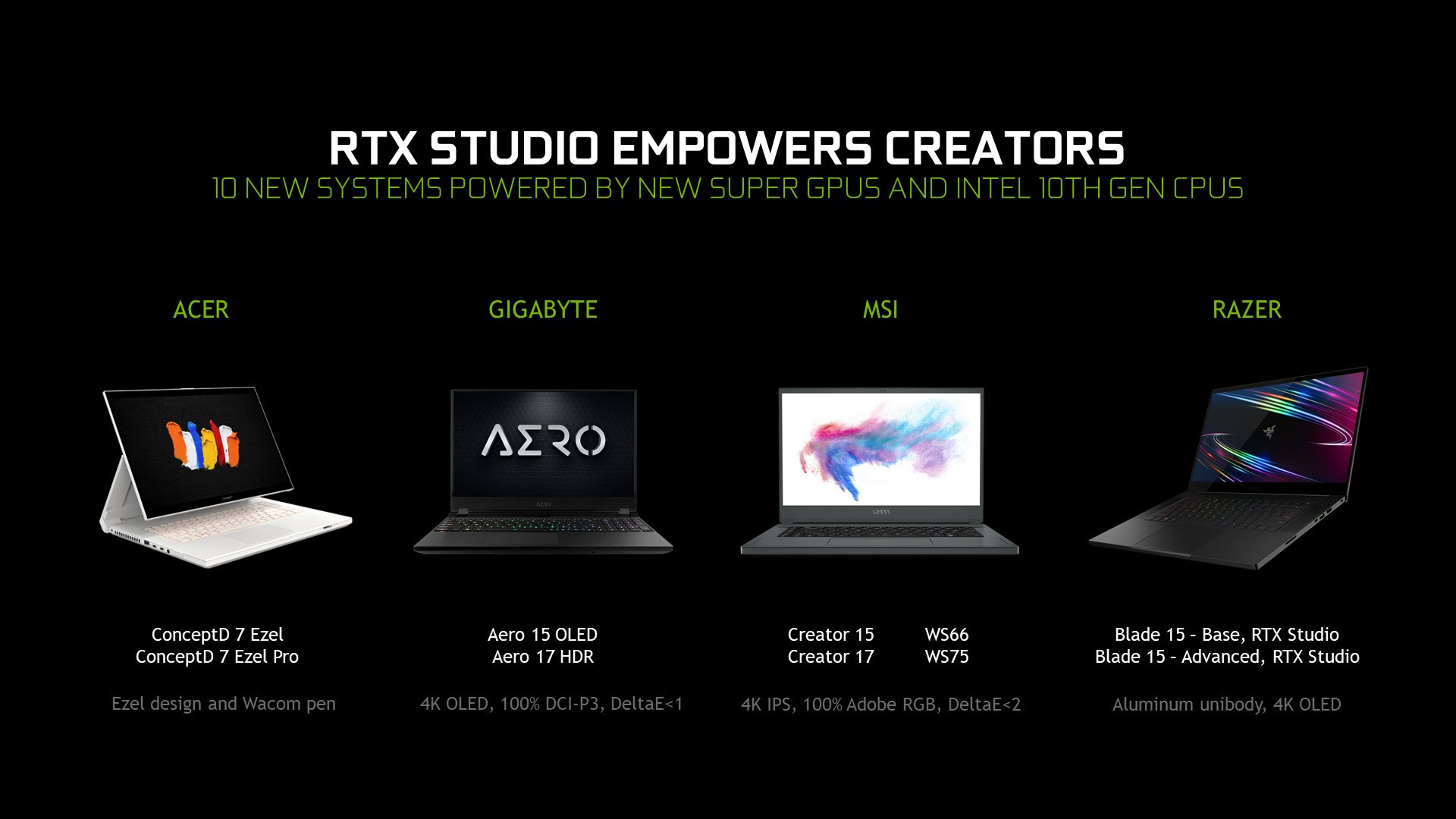 Availability of new RTX Gaming and Studio laptops starts the week of April 15th from multiple partners globally, with more coming in May. Specific SKUs, configurations and pricing will vary based on region and partner availability but will include designs from Acer, ASUS, Clevo, Dell, Gigabyte, HP, Lenovo, MSI, Razer and more.

The 10 new RTX Studio laptops come, for a limited time, with three months of Adobe Creative Cloud (a $238.47 value) for new and existing Adobe customers. The laptops are available from Acer (ConceptD 7 Ezel and ConceptD 7 Ezel Pro), Gigabyte (AERO 15 OLED and AERO 17 HDR), MSI (Creator 15, Creator 17, WS66 and WS75) and Razer (Blade 15 Base RTX Studio Edition and Blade 15 Advanced RTX Studio Edition). All of them have creator-specific features such as Wacom Pens, 4K OLED and IPS screens with 100 percent Adobe RGB or DCI-P3, and superb industrial design. According to Nvidia, that’s just the beginning as in the weeks ahead, HP will launch new precision-engineered RTX Studio laptops.