New images and a video of what RED’s smartphone will be are now available online, through vlogger Marques Brownlee. 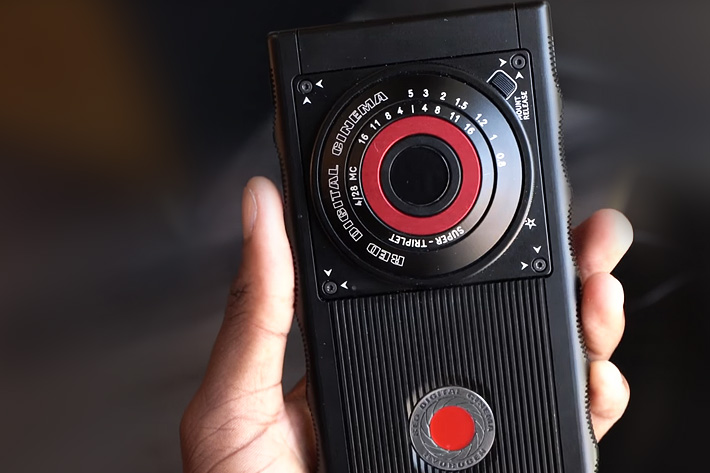 RED’s smartphone will be better at video than many mirrorless and small DSLRs, according to a recent video published on YouTube.

The first images of RED Hydrogen One are now available, courtesy of American vlogger Marques Brownlee, also known by his YouTube username, MKBHD. The channel, which has close to 4.5 million subscribers, had more than two millions views for its recent video, suggesting the interest – and controversy – the smartphone from RED continues to attract.

The video, which shows three prototypes of the phone, does not reveal the holographic functions – which would probably be visually meaningless in a YouTube video – although it shows the reaction Marques had when he saw a working prototype, which is bigger than the final smartphone will be. The vlogger does say that there were still problems with the display, but that his expression in the video reveals he was… speechless.

During the nearly six-minute video Marques indicates that Jim Jennard told him the RED Hydrogen One will be able to capture video, and outperform mirrorless cameras and small DSLR in an even smaller package, with the quality only being surpassed by RED’s bigger cameras . Marques adds that Jennard also said he believes RED Hydrogen can and will be the future of small form factor cinema, what may well be true, as Hydrogen is Helium based. During the video Marques refers to RED Hydrogen as a pocket cinema camera.

The video also reveals what RED Hydrogen One will look like with an expansion module attached, in a third prototype Marques Brownlee reveals. With a module that packs a sensor and lens mount, the RED starts to look like something else, something already suggested by the initial drawings seen on the patent papers.

According to the vlogger in a little more than one month a prototype with the holographic display will be available in the same body.