The easiest way I’ve found to get a really amazing look straight out of camera and on to your viewer’s screens.

More and more, companies are demanding high-quality live streams from homes or places of business. There are multiple ways to go about this, and not all of them are simple, but I feel like I’ve found a great way to go about getting the highest quality for the lowest price (if you’re a working cinematographer) and it came in service of a livestream I did for BJ’s Resturant & Brewhouse on Facebook Live in which they needed a high degree of quality from a one-man-band (you can see a clip here). I thought it’d be worth sharing the workflow, as everything went off without a hitch.

To start, I’ve not done much streaming in my career but I do understand the concepts from a technical perspective. Regardless of the content, at the very least you need a camera that can connect to a streaming service (or a computer) and a stable internet connection.

If the camera has WiFi capabilities that are intended for streaming, your service of choice has to be compatible (or the other way around). If the camera is being connected to the computer, you have to either have an interface that allows you to use the video connections (HDMI, SDI, etc) or software that reads the USB-out of your camera and from there, you have to ensure that your streaming software/site recognizes that connection as a webcam. Some companies have released free software for their respective cameras to be used as webcams, but that has proven to be hit-or-miss for me.

As a cinematographer, the concept of setting up one simple and well-lit shot was relatively trivial but connecting my C500 or XT3 to the internet could actually pose a problem. I certainly could use something like the JVC camcorder I reviewed, as it’s actually built for streaming internally and has two XLR jacks which would allow me to put lavs on the talent, but the client was paying for a higher level of quality so I wanted to stick with my C500. There are adapters that will convert your HDMI or even SDI to USB, but most of them are hundreds of dollars. Amazingly, I’ve found a USB2.0 one on Amazon (or eBay or Ali or whatever) that costs $20 and takes a 4K signal, outputs 1080p, and is recognized by both Macs and PCs right when you plug it in and was easily recognized in streaming programs. There seems to be a bunch of companies re-branding the same product, so pick whichever you want, but it looks like this: 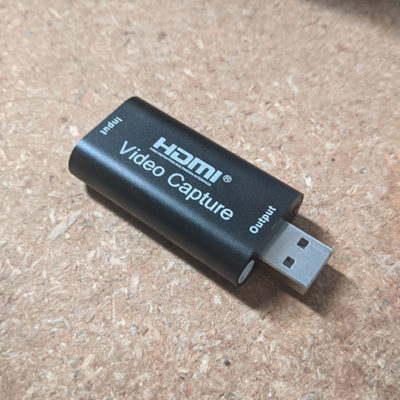 It literally “just worked”. I was shocked [Allan Tepper actually talks about “why” in his recent article!]. At that price, get a couple for backups or even run multiple cameras. How many USB ports do you have?

The Ethernet Adapter we used needed drivers on our Macbook (more on that in a second) but this little random HDMI adapter recognized my UHD 24p signal immediately and interpreted it as a 1080p Webcam. If someone needs a 4K stream, you’re likely going to need something like a dedicated card in the computer or something like a Camlink from Elgato.

On the topic of computers, you will need one that has enough power to actually run the stream and not drop frames or overheat. In our case we simply used the marketing team’s new-ish MacBook Pro, which did a fine job even though that driver issue really threw this PC user off as I’m used to Plug-and-Play. From the aforementioned Ethernet Adapter (replete with USB3.0 ports) we plugged into the high-speed internet jack on the wall to avoid the possibility of WiFi dropouts. We also had the camera plugged in to one of the adapter’s USB ports as the Macbook only has USB-C these days. If you were running multiple cameras, and not streaming with something like OBS (again, in a moment) then perhaps a Blackmagic ATEM Mini or a switcher like that would be helpful, and would actually act as your adapter(s) as well.

In regards to streaming itself, we used Facebook Live as that was the client’s preference. The streaming interface saw the camera as individual Video and Audio signals and displayed as-intended. From there, everything was controlled on-camera.

Now, if I actually owned a laptop set up with all of my usual tools at the performance level I’m used to (I’m open for sponsorship!) I would have sent the signal through OBS first, a swiss-army-knife streaming software that outputs to virtually any platform, or multiple, with a bit of additional tech know-how. This way we would be able to have “scenes” that we could toggle between if needed, such as a title screen, “stream paused” screen, a punched-in shot without zooming, stuff like that. More importantly, we could use standard VST plugins to polish up the audio before it was sent out. To do this, I’d send each lav to the Left and Right channels respectively in-camera, processing them individually in the software, and summing them up before sending the whole thing out to FB Live. Having done something similar before, I know you may need to set an audio delay to manually sync it up with the video but that’s a simple affair in OBS.

I was comfortable on the camera side of things, lighting the talent simply with some Kinos so they were evenly lit from the top, replicating the existing light in the Test Kitchen, with a Godox SL60Y fitted with a fresnel lens spotted in at the middle of the black granite table for the chef to place food and as a bit of a bounce-fill. 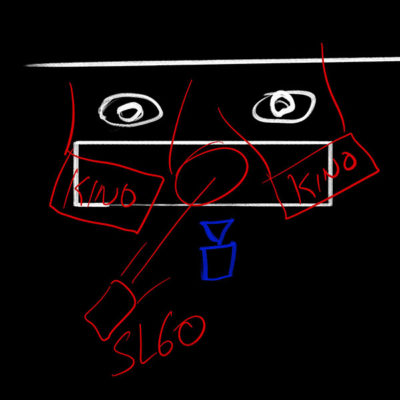 For audio, as I said, I just had the talent mic themselves up with some G3 lavs and rode the gain on the C500 as necessary. As they were lavs, they rejected most of the fan noise in the kitchen and the viewers had no problems hearing the talent. Since I was recording as we streamed, before I delivered the files I just went ahead and cleaned/sweetened up the audio in Premiere so they had a fully finished product that was as good as it could be. As I wanted the audience to only hear the summed L/R channels but was recording 4 channels (both mics and two scratch tracks), I set the monitor in-camera as such so that the intended signals would be sent through the HDMI (and my headphones) but still record them separately for later.

As we did a tech scout beforehand, I filmed some clips in the space and made a custom LUT for the stream that we were able to monitor with and send through the HDMI while still filming in log. After working on the audio I did a quick pass in Resolve just to make sure everything was dialed in. Since it was just the one scene and I wasn’t doing any windows or anything it wasn’t necessary that I did anything too complex. Shooting LOG (instead of my custom 709 profile in-camera, which would have been perfectly acceptable) allows for easier export to different color spaces if necessary, even if it wasn’t likely, and by making the custom viewing LUT ahead of time I was able to make sure the image the client and customers saw was as good as it could be day-of.

The key takeaway to all of this is that if you’re already familiar with the ins-and-outs of basic production, with a little extra technical knowledge you can put together a really polished stream quite easily with minimal extra investment, regardless of the subject.

Another thing of note was safety. As I was working solo, keeping a safe distance from everyone was nice and easy and their team was already actively working together and knew the drill. For setup I had a wireless unit sending a signal to up-to 4 devices for the team to monitor, and during the stream everyone could simply watch from their computers, tablets, or phones. No need to hover over my shoulder. In this case everyone off-screen was masked up and kept a healthy distance apart, but in your situation people may be more lax. If you’re in a crew or worried about people not following protocols it may be a good idea to set up some of those new Matthews sheet plate adapters to erect barriers and ensure there’s monitors enough for “everyone in the class”, and honestly you’ll want to have a compliance officer around. People will start acting careless when they get comfortable, it’s just going to happen.

So to recap: For a great stream, set up your scene as you normally would a regular shoot, send the signal through a good HDMI to USB adapter to a capable computer, potentially through OBS for more granular Audio and “Scene” control (which will require a more capable computer), and worry no more. 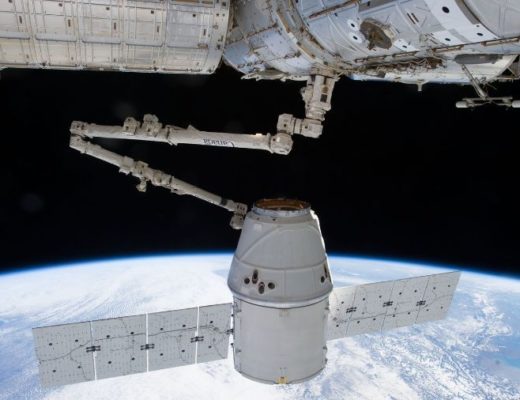