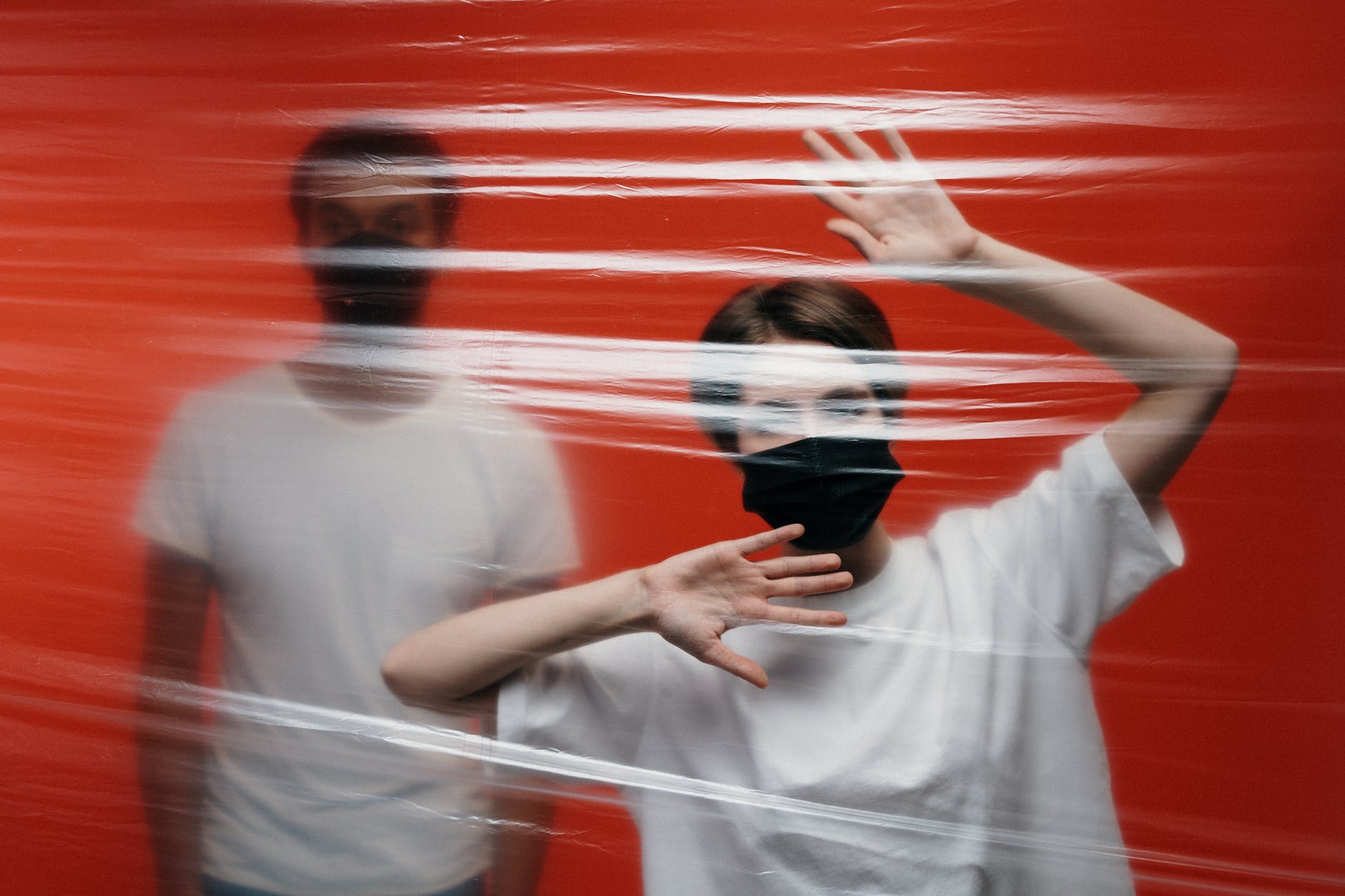 The latest episode began as a result of my taking a job as a COVID 19 Compliance Officer (C19C0) for a film production. One of my friends connected me with the directors who were organizing a smaller production: 6 crew members and 5 actors. For my first rodeo as a C19C0, I thought this would be great! And…well…

I followed protocol to the letter, with everyone getting tested beforehand. The first couple of days on set were fairly straightforward. That meant screening people as they came onto set (an apartment rented by one of the crew) followed by ensuring that everyone wore a mask properly and frequently sanitized their hands. I only had a couple of instances of people pulling their mask down or removing it entirely, but – per the protocol and guidelines – the talent should be able to safely remove their mask because acting in a mask would be. . . let’s say difficult.

“Please pull your mask up to cover your nose,” I asked. “Be sure to sanitize before you eat,” I’d gently remind everyone. Before long, sanitizing even became kind of a joke. A couple of the guys on crew saying they were Brad-ing when doing what they were supposed to be doing, which I assumed was all in jest. But was it?

“I’m a glorified maid,” I said to myself as I wiped down high-touch surfaces such as a stair railing and light switch. I felt like a high school exam proctor as I cleaned a toilet handle, feeling assured that on a production this size the directors were wasting their money on me. Money that could’ve been better spent on single-serve crafty snacks. I told myself they had all been quarantining and self-isolating, that they were all friends, and everyone had a negative, documented COVID test immediately before the shoot. I just didn’t feel that they needed me there, much less that they needed to be paying me, further feeding my imposter syndrome

What would you do?

Day 2 was the longest day, with a shoot that spanned from 7pm to 7am. I came, I screened, I checked temperatures with the contact-less thermometer, reminded about masks and sanitizer, and wiped everything down with cleaner, certain, yet again, that I had no real purpose on set and CONVINCED that the directors felt that I was a waste of resources.

On Day 3, I arrived early to the 6pm call time so that I could set up and start the screening process. The directors weren’t there yet, so my friend and I sat in the hallway until the directors arrived to let us into the apartment. When we walked in, the directors sat down on the sofa and asked if we could chat.

Here we go. Here comes the ‘your services are no longer needed’ speech. The “we can wipe our own high-touch surfaces, Brad. Just go home and catch up on sleep from the overnight shoot.” In the 10 seconds since requesting the chat, I’d already fired myself and planned a coffee run for after I left.

“Sooo….we like to be direct,” one of the directors said. “One of the actors called us and said that he had hung out with his girlfriend before yesterdays shoot aaaaaand his girlfriend has since tested positive for COVID.”

I allowed myself 0.008 seconds to feel relief that I wasn’t being fired before allowing myself 0.73 seconds of panic before composing myself and firing off a bunch of questions. How long were they hanging out? Were they inside? Did they kiss? Were they wearing PPE? 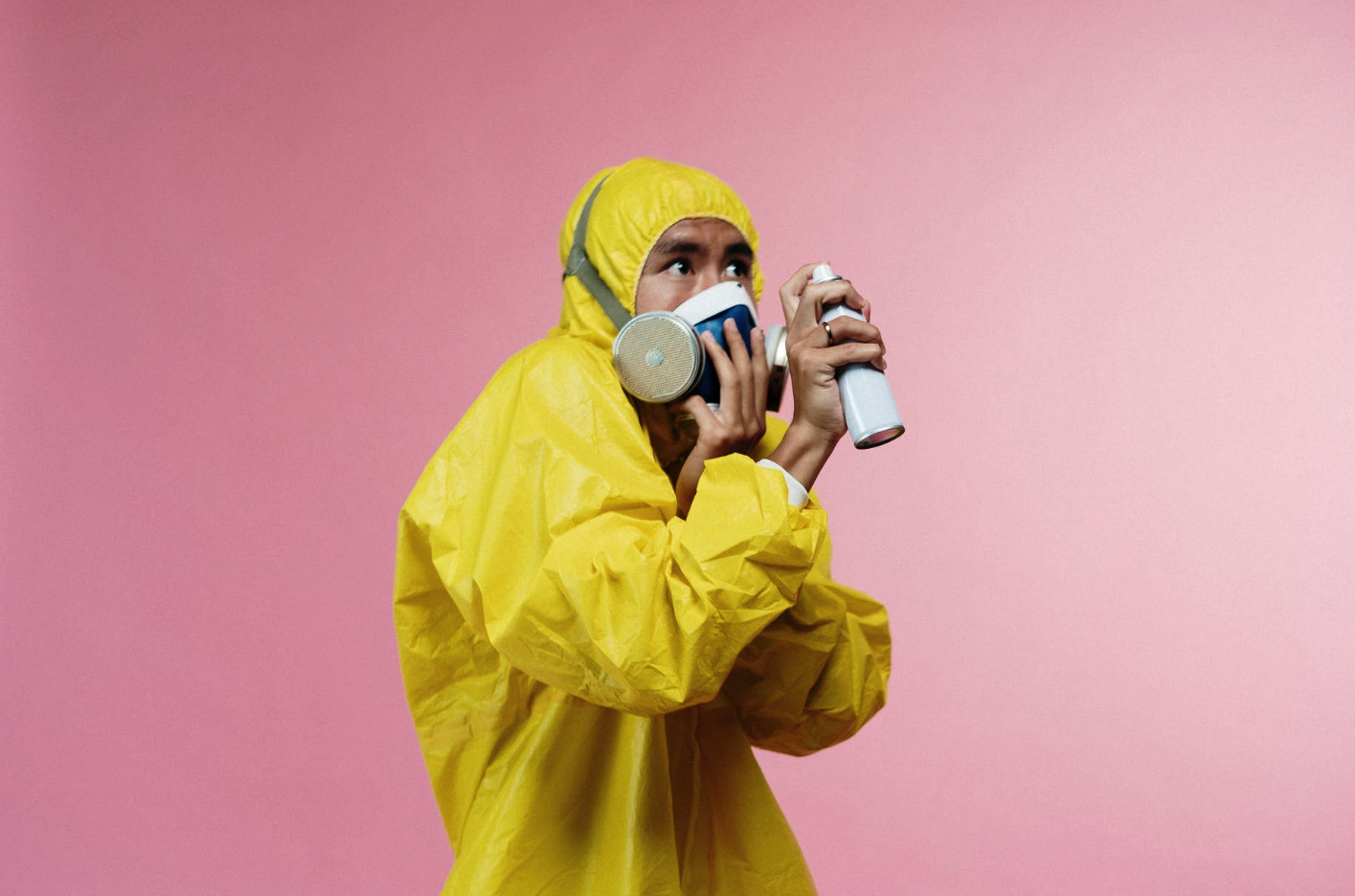 “I don’t know,” he said, “but he’s going to get a rapid test right now. Like literally driving there.”

I knew that wouldn’t be a reliable gauge for whether he was infected by her, because if he’d been infected by her just yesterday, there’s no way the viral load would be sufficient to show a positive on a rapid test. Still, that result would allow us to feel a little more assured that we weren’t infected. I told the director that the actor needs to retest with PCR swab in a week.

“Okay, so are we good to keep shooting today?” he asked, and I could see the weight of the question on his shoulders.

A flood of scenarios entered my mind: What times was I close to him? Oh god, he was shooting a scene in a CLOSET with two other actors without masks! Who else was near him without PPE while he was on-camera? Did he keep his mask on all day between shooting? Did he sanitize? What did he touch?

I finally stopped my internal rage-panic and told him that per the guidelines and his screening responses, he wasn’t symptomatic.

When I informed the director that based on protocol we’d be safe to resume the shoot, I thought he was going to cry due to his profound and immediate relief – and I understood. If this were my project that I’d sunk thousands of dollars into and hours and hours of time, I’d be devastated to have to stop work and lose all that time, money, and effort, all because one person was selfish. But there was more.

“He also lied on his screening yesterday before the shoot, then.”

I had updated one of the screening questions to be more specific, asking “Have you been congregating inside with others without PPE for more than 15 minutes?” He answered No. The crew, who I’ll remind you were also his friends, were – to soften the language – quite angry and incensed.

“WHY WOULD HE DO THAT? Does he realize how much money we’ve put into this? I called him-I CALLED HIM to remind him to quarantine. I said, ‘DON’T go see your girlfriend, because she hasn’t been taking this seriously, she’s been hanging with friends every day. Just please, while we’re shooting, PLEASE stay home.’ Did he do that? NO!” one of the crew recounted.

Afterward, as an extra precaution, I recommended that everyone retest in a week and self-monitor for the development of any symptoms. Of course, after all was said and done, his girlfriend had a false positive test and he ended up being negative. But that’s not the point.

A major flaw in the implementation of a COVID 19 safety protocol for film productions is that it relies heavily on the honor system and it depends on everyone’s trust in the medical science regarding COVID 19. Everyone must be honest with both themselves and with the other members of the team.

If you’re feeling symptomatic, you should report it. If you’ve been unsafe or broken quarantine, you should be honest about that. Not just for your safety, obviously, but for the safety of the rest of the cast and crew and their families, friends, and anyone they may encounter. Everyone must accept that this virus is a real, tangible, and potent threat.

As a C19CO, I can do every part of the recommended process and follow protocols perfectly and someone could still potentially become infected or infect others if honesty is not the policy. I’ll admit that even I was seduced, at least partially, by the belief that because there was familiarity, that they were all friends and have known each other for years, the risk was somehow mitigated. That their trust was unbreakable. Their word was their bond. The set was someone on the crew’s apartment. But in order to be as effective as possible as a C19CO, I needed to remind myself of one very important adage related to infection control and mitigation: treat everyone with whom you come into contact as though they have something that can make you sick.

On set, I don’t care if the mask is uncomfortable. I’m also not concerned about whether you just did your makeup. I don’t care about literally any inconvenience to your appearance, your comfort, or your ability to sip a beverage. I don’t even want to know whether you believe COVID-19 is a real threat or not. All I care about is the health and safety of everyone so that lives aren’t affected or lost unnecessarily and that production isn’t shut down. Period.

Whatever doubts or insecurities I previously held about my ability to handle a situation were quickly dispelled. I owe my ability to stay calm and collected to my 10+ years of experience as a healthcare worker (radiologic technologist in an ER as well as a Radiology Practitioner Assistant). In that moment and in the aftermath, I was humbled to be able to bring calm and allay fears.

After that incident, everyone wore their masks perfectly and religiously and sanitized so often it smelled like a vodka bar. I was and am so grateful for the training and knowledge I received as a healthcare worker, especially as it relates to infection control and pathophysiology.

Through it all, I learned that if I give myself time to critique myself, EVER, I’ll find that I’m an impostor every time. But when I don’t have time to think and I react on instinct . . . I’m LESS of an impostor.

To get a better baseline around how I came to best approach this issue, read my Insights and Advice from a COVID-19 Compliance Officer for Pre-production and Production article.

Editor’s Note: Please be aware that the information contained in this article does not establish a standard of care, nor does it constitute legal advice. The information is for general informational purposes only and is written from a risk management perspective to aid in reducing professional liability exposure. Recommendations from the CDC are changing rapidly. You are encouraged to stay up to date with those details as specific liabilities and legal requirements may vary from state to state. ProVideo Coalition assumes no responsibility for the contributor’s statements of fact or opinion. 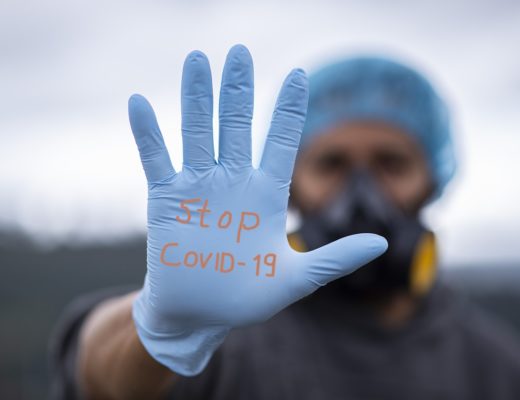 While C19CO might sound like the chemical formula for a carbon-based compound, it stands for COVID- 19 Compliance Officer...