Loupedeck, the creator of custom consoles designed to make the creative process faster and more intuitive, released version 5.0 of the Loupedeck Software, a major update users will welcome. 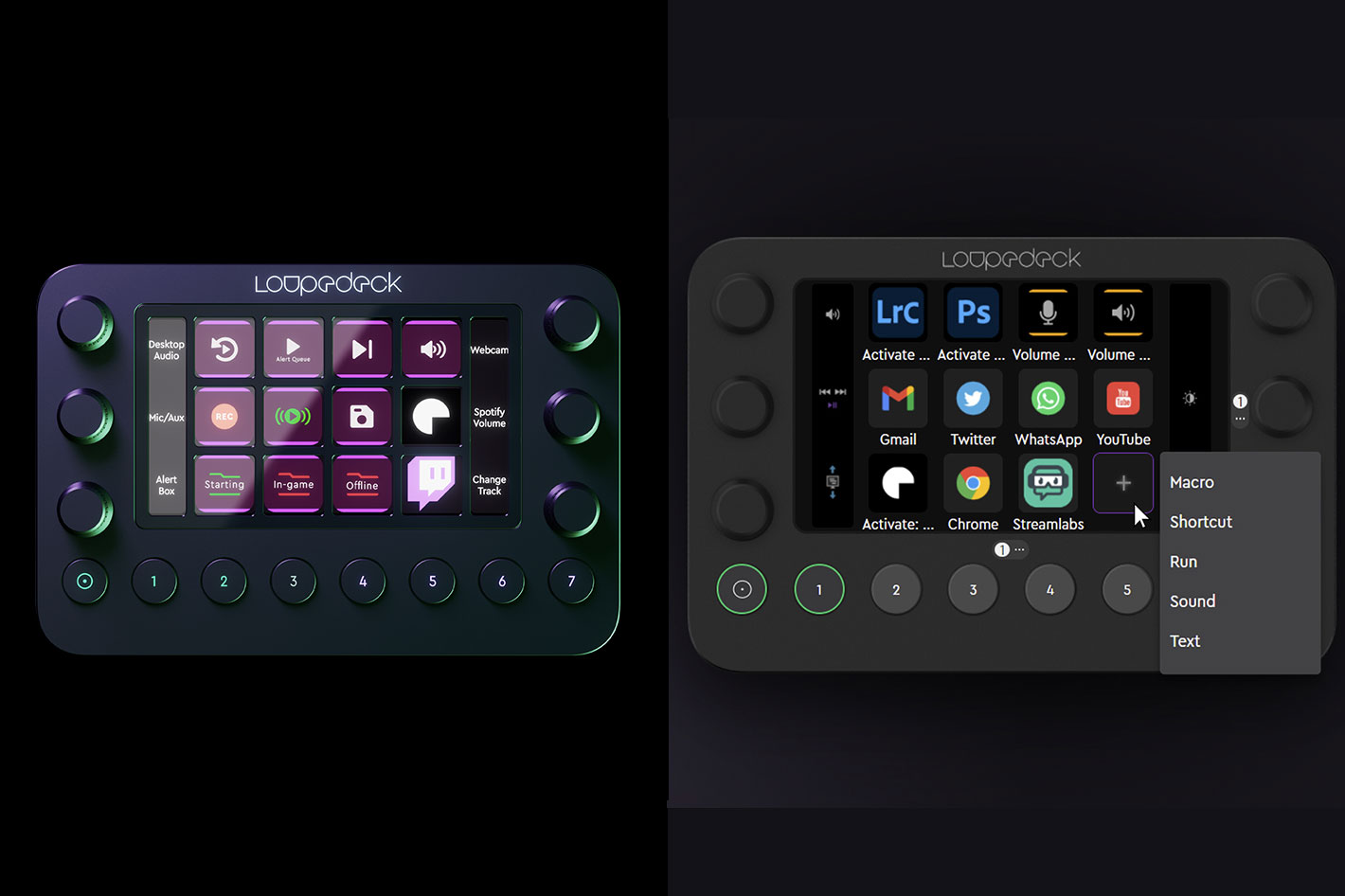 The new graphical user interface (GUI) was designed to create a more seamless plug and play experience for new users while maintaining all of the core functions Loupedeck users have come to know and love. The update also boasts a new native integration for vMix, plug-in for Ecamm, and an upgrade to Capture One’s MacOS integration.

At the center of the new software, available for CT and Live users, are updated visuals that allow users to customize the device and assign actions more intuitively and without having to having to navigate through the detailed page view. The action panel has been shifted and navigation panel removed for a further streamlined look. Additional changes include: 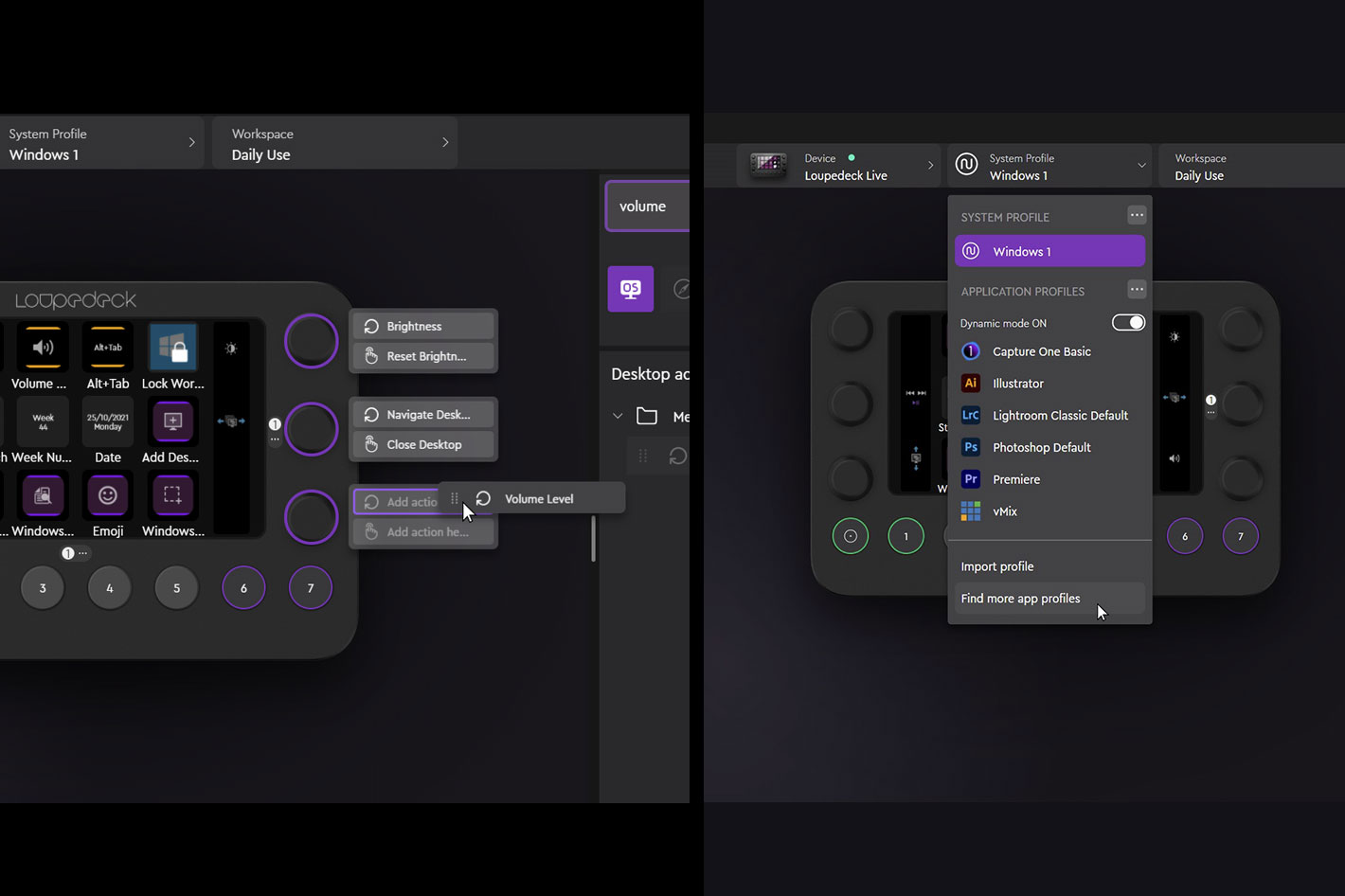 A profile for live streamers

The new software also introduces, as mentioned above, a Simplified Profile, which is available alongside the normal profiles. The Simplified Profile, designed with live streamers in mind, who may not need extended functionality, eliminates workspaces and centralizes actions, rather than tying them to a specific application. Users can easily access all available plug-ins and actions from the updated Action Panel on the right, which now offers icons for each plug-in and a filtering tab to let users easily search for their favorite actions. Fixed pages are accessed using the touchscreen or the eight round buttons found below touchscreen, and users can assign their own actions to the touch buttons directly from the Action Panel. Both normal and simplified profiles can be created from the UI menu from the dropdown profile menu.

The company says that “Loupedeck’s new software adds additional functionality and compatibility with a host of applications, including an upgrade to the current integration for Capture One for MacOS. which makes workflow more responsive and adds new functionality in this popular program for photo editors. The new native integrations for vMix (Windows) and plug-in for Ecamm (MacOS) and allow content creators across both major platforms to enhance their livestreams and take greater control of their creative projects. Finally, an updated plug-in ensures compatibility for the latest version of Lightroom Classic that recently debuted at Adobe MAX to ensure compatibility with the new Masking engine.” 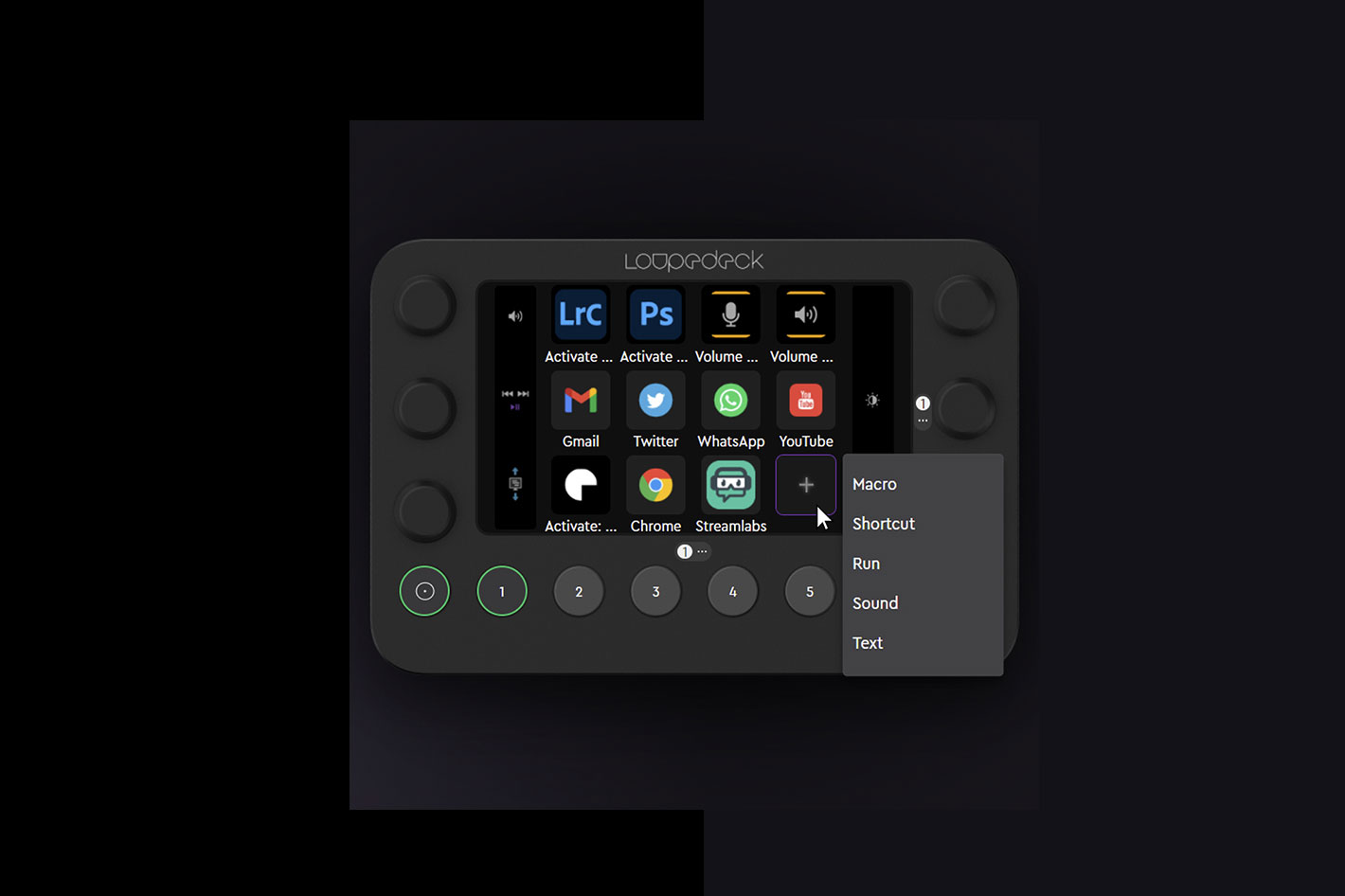 To help further expand the capabilities of the consoles, Loupedeck has also recently updated it´s SDK for developers. The updated SDK will enable the development of additional plug-ins for the Loupedeck software by third-parties, allowing customers to use their consoles for a continually increasing number of applications.

“Amid the exploding popularity of content creation, we are pleased to offer software 5.0, which helps creators of all levels take control of their favorite programs,” said Mikko Kesti, Founder and CEO of Loupedeck. “Entry-level users now have the ability to easily access powerful actions from one centralized location right out of the box, while features like easier navigation of assigned workspaces further enhance the editing and livestreaming experience for more advanced users. With this major software release, Loupedeck has greatly shortened the path to creating professional content for all users.” 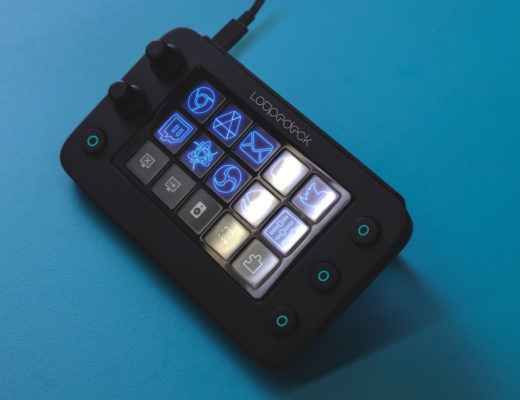 Streamers and gamers looking for a simple and affordable way to control their streams. Have a new product to... 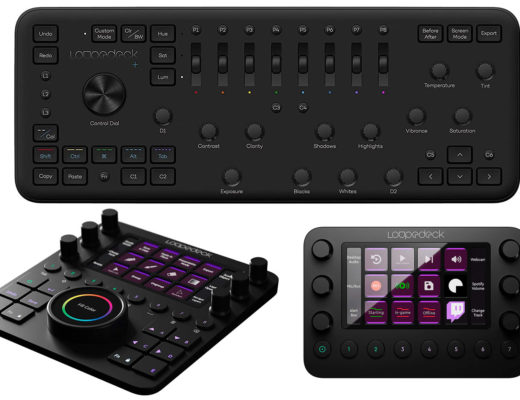