An exclusive to Japan for now, the Leitz Phone 1, priced at $1700, is announced as the first smartphone to combine quality and imaging software mastery with iconic Leica design. 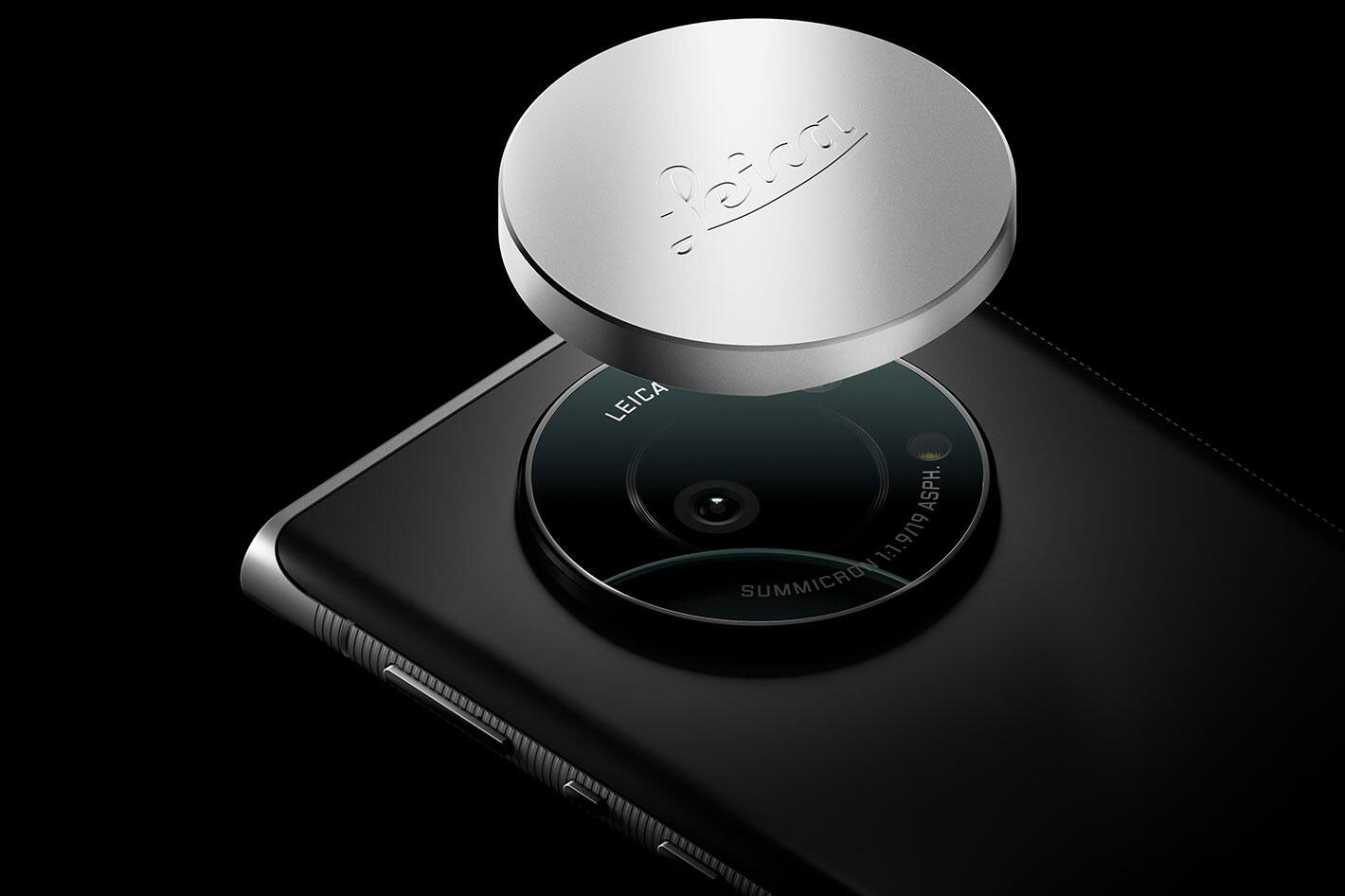 The next Xiaomi smartphones will have Leica technology, but Leica has its own smartphone, the Leitz Phone 1, featuring a 1-inch image sensor with 20.2 megapixels, just like the Sharp Aquos R6.

Leica technology will be coming to Western countries inside Xiaomi smartphones, and it will start with the Xiaomi 12 series, very soon. Leica’s previous partnership with Huawei has ended and Xiaomi is the new partner chosen, so Xiaomi will have Leica’s optics for its cameras. Expect to see the results of the alliance in the soon to be announced Xiaomi 12 Ultra, which will also use the recently announced Snapdragon 8 Gen 1.

Although it is not clear if the rumors that suggest the Xiaomi 12 will have a triple 50MP camera with a 5x periscope are true – which would be a departure from the 108MP used in recent models – one thing is true: Leica’s technology will extend beyond the optics. In fact, Snapdragon 8 Gen 1 already integrates some Leica technology, and Jane Cui, founder and CEO of Ernst Leitz Labs, announced during the Qualcomm’s event their commitment to bringing the LeitzEngine and the LeitzLooks mode to future Snapdragon mobile platforms, fully utilizing the performance of future generation Qualcomm AI Engines and Qualcomm Spectra ISP.

The LeitzEngine drives a library of unique Software Defined Lenses – the LeitzLooks. Unlike a filter, the LeitzLooks harness real world physics based on heritage Leica lenses in a live 3D environment. The technology was introduced exclusively to the Japanese market for Leitz Phone 1 – Leica Camera AG’s first smartphone, and the company claims that the results are groundbreaking computational bokeh, color correction, edge refinement and realistic noise reduction. 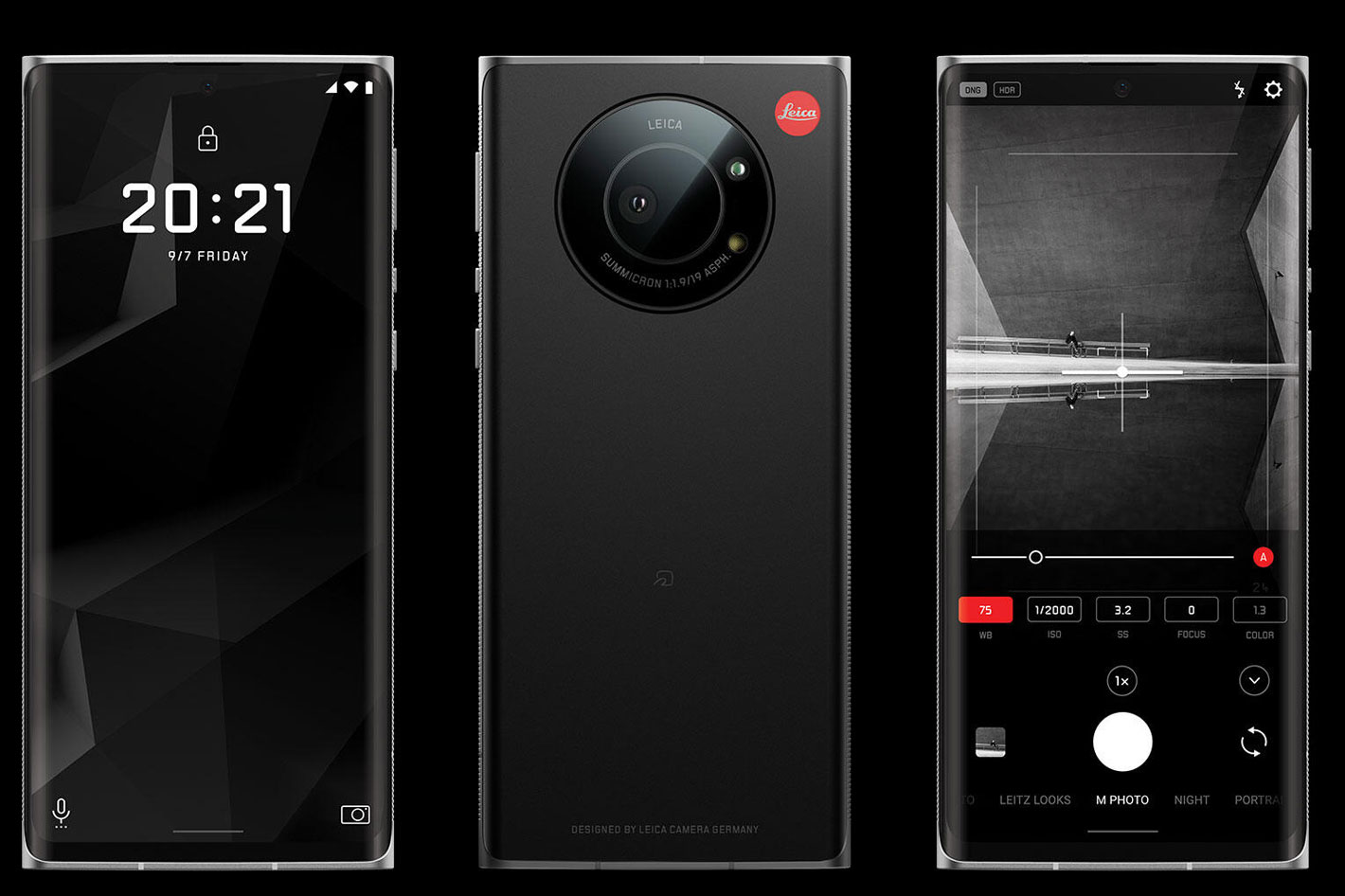 More LeitzLooks are coming in 2022

The Leitz Phone 1 was introduced in Japan, featuring the flagship LeitzLooks “Monochrome”, based on the Leica M10 Monochrom, and Ernst Leitz Labs is now introducing three more LeitzLooks available in 2022: Noctilux, Street and Vantage, based on the M10 with Noctilux 50mm, Summilux 35 and 28mm lenses.

The first smartphone to get the new LeitzLooks will be the Leitz Phone 1, named after Ernst Leitz (II), who revolutionized the world of photography in 1924 with the invention of modern 35mm photography. “With our firmware update in the upcoming year, the power of the Snapdragon 888, the 6th Generation of the Qualcomm AI Engine, and the extraordinary 1-inch image sensor, the Leitz Phone 1 will be the first offering in what we hope will be a long collaboration with Qualcomm Technologies.” explained Jane Cui.

The Leitz Phone 1, only available in Japan now, had, at launch, the largest sensor ever used in a smartphone. It’s a 1-inch image sensor with 20.2 megapixels – from which only a central area is used – paired with a Qualcomm Snapdragon 888 processor 5G mobile platform. Leica claims that with “a fast f/1.9 lens and up to 6-fold digital zoom, the integrated Leica lens technology of the Leitz Phone 1 delivers brilliant pictures in RAW and JPEG formats that impress with high quality and true-to-life detail, especially in large-format prints. The equivalent of 19mm focal length in full-frame allows an extraordinary wide field of view for immersive composition and breath-taking views.” 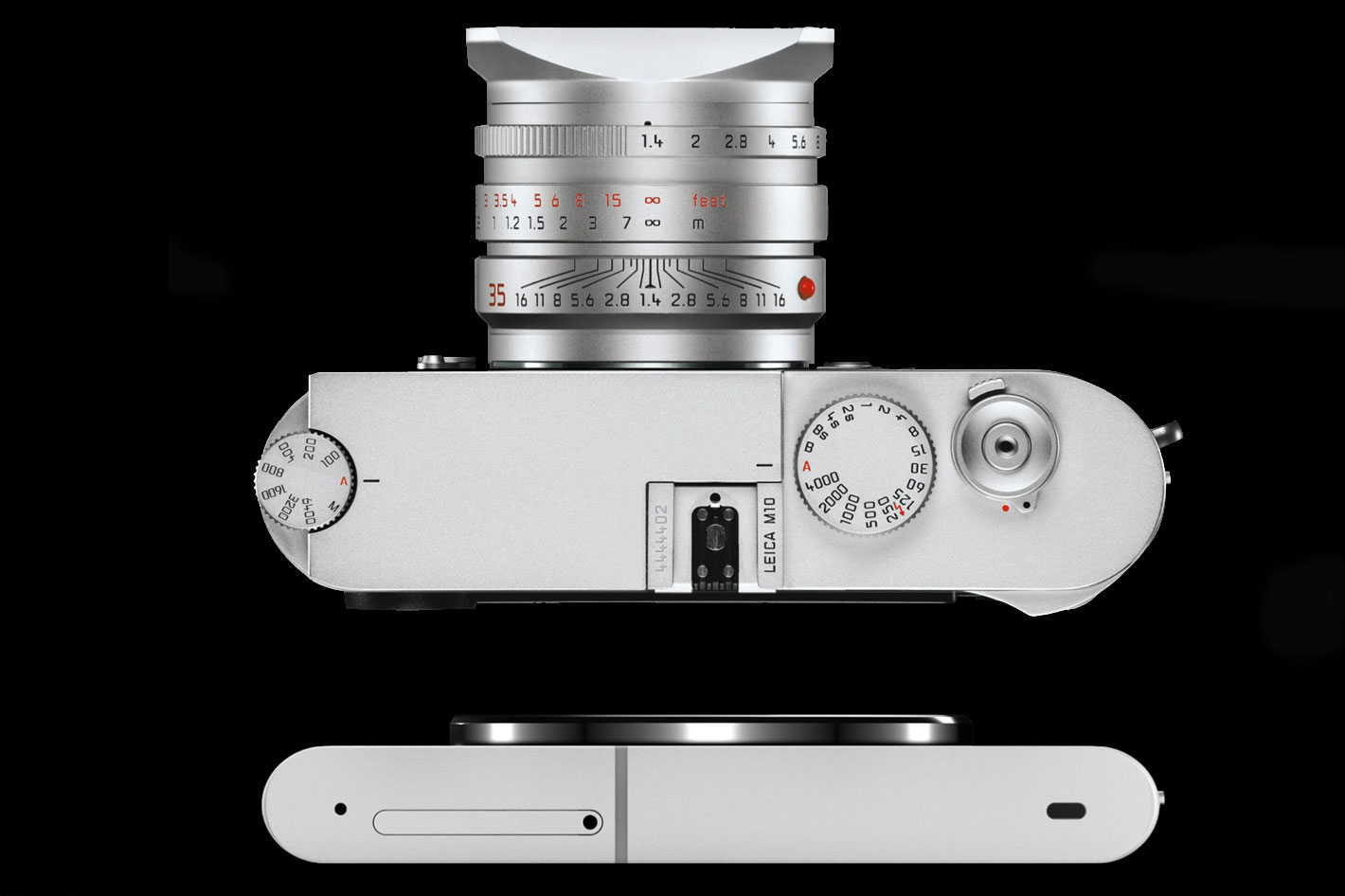 The camera from the future: Leitz Phone 1

Designed by the company’s own design studio in Germany, the Leitz Phone 1 follows Leica’s commitment to reducing to the essentials with clear, minimal, and intuitive handling characteristics. Inside, though, the Leica Phone 1 is based on the Sharp Aquos R6 smartphone, so much of the specifications are similar.

What Leica brings to the table is its proprietary software engine, the “Leitz Engine”, developed by Ernst Leitz Labs, which brings state-of-the-art computational bokeh, colour correction, edge refinement and realistic noise reduction to smartphone photography. The “Leitz Looks” mode has been developed by Leica engineers and delivers extraordinarily sharp black-and-white images with a typical Leica camera look-and-feel, based on the visual language of the flagship Leica M Monochrom.

During the Qualcomm’s event Jane Cui, from Ernst Leitz Labs, appeared on stage with three cameras: one from the past, one from now and one from the future… the Leitz Phone 1, which she presented as “essentially a Leica camera wrapped inside a smartphone body, powered by the Snapdragon mobile platform” adding that “with the legendary Leica optics and AI capability and a proprietary software, the Leitz Phone 1 delivers superior quality.” 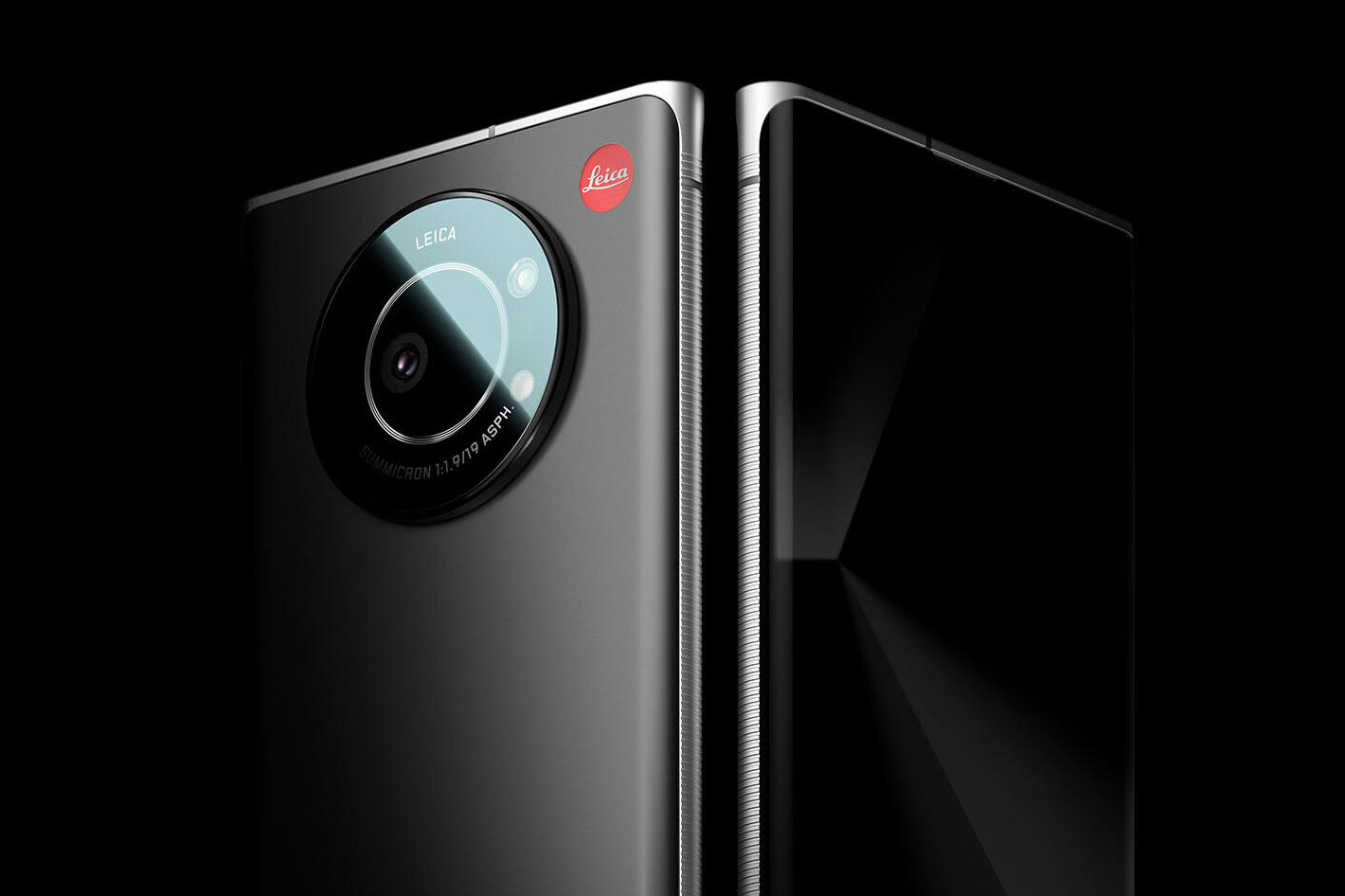 Your next camera may be a Leica

Using the moment to announce the upcoming LeicaLooks, which will first make it to the Leitz Phone 1, Jane Cui confirmed that “with the power of the Snapdragon platform and AI we are recreating Leica optics look in a way that was not possible in the past.”

“Equipping Snapdragon 8 mobile platforms with LeitzLooks will empower every Snapdragon 8-series powered device user to be a professional quality photographer” said Manvinder (Manny) Singh, Vice President of Product Management, Qualcomm Technologies, Inc. “We are pleased to collaborate with Leica and its Ernst Leitz Labs to tap into the unparalleled power of the Qualcomm Spectra and Qualcomm AI Engine, and are optimistic consumers will benefit from our collective efforts.”

Although the Leitz Phone 1 may not make it beyond Japan, Leica may opt for selling its next smartphone worldwide, as smartphones are, according to Jane Cui’s own words at the Qualcomm’s event, “the camera of the future”. Whether that is true or not, one thing is clear now: Leica technology and optics will make it into more smartphones going forward, as the technology is included in Qualcomm’s Snapdragon architecture. In that sense, even if don’t pick the Leitz Phone 1  as your smartphone, your next camera may be a Leica, even if it’s just due to the optics and parts of the technology inside a smartphone…