Sony Electronics redefines mobile imaging with the introduction of the Xperia PRO-I smartphone, where the I is for imaging, a smartphone designed with photographers and videographers in mind. 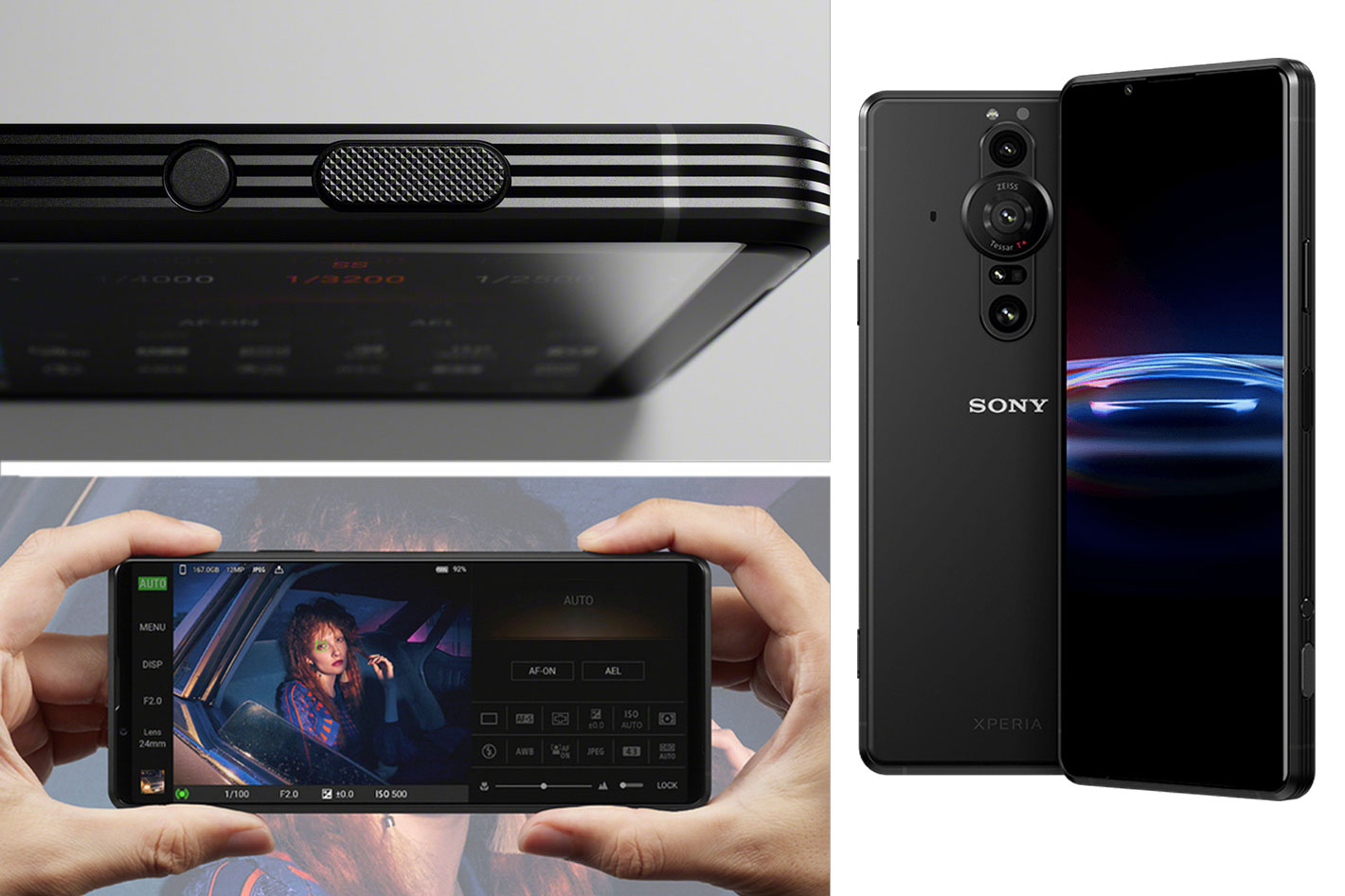 The new Xperia PRO-I is the world’s first smartphone to include a 1.0-type image sensor with PDAF, the same used in the Sony RX100 camera, optimized for a smartphone.

Developed specifically for today’s content creators, the Xperia PRO-I is not your average smartphone and its price confirms the idea. When available, next December, the Xperia PRO-I will cost approximately $1,800.00 USD, more than many cameras it will be compared with, because it has a sensor from a popular camera model from Sony. Still, the 20.1MP 1″ Exmor RS BSI CMOS from the Sony RX100 camera, optimized for smartphone, as Sony states, is only offering a 12MP coverage, using the center area of the sensor, a bit like a APS-C crop. This means the final size of the usable area of the sensor is not as impressive as the original number suggest.

Despite the reduced sensor area, the Xperia PRO-I offers, according to Sony, stunning low light performance, RAW 12-bit shooting for incredible dynamic range, and dual aperture (F2.0/F4.0) to easily change the depth of field based on the photographer’s intention. In addition to the 1.0-type sensor, the Xperia PRO-I features a BIONZ X for mobile and a front-end LSI. This advanced processor allows the device to deliver unprecedented speed and improved image quality in a wide range of scenes, a highly regarded feature in Sony’s Alpha cameras.

“We remain committed to building tools that empower creators to capture, create, and share like they’ve never been able to before,” said Yang Cheng, Vice President, Imaging Solutions, Sony Electronics Inc. “The capabilities of the Xperia PRO-I are unlike that of any smartphone that has ever been brought to market. This phone combines the power of the 1.0-type image sensor found in our RX100 VII compact camera, the speed of our fast Alpha interchangeable lens cameras that is further enhanced by Xperia’s high-speed processing, and a similar video shooting experience as our Professional Video Line. All in a device that slides easily into your pocket!”  She continued: “We carefully chose this name to include the ‘I,’ which stands for ‘imaging’ and accurately represents Sony’s efforts to completely redefine the standards of imaging performance across our entire product lineup.” 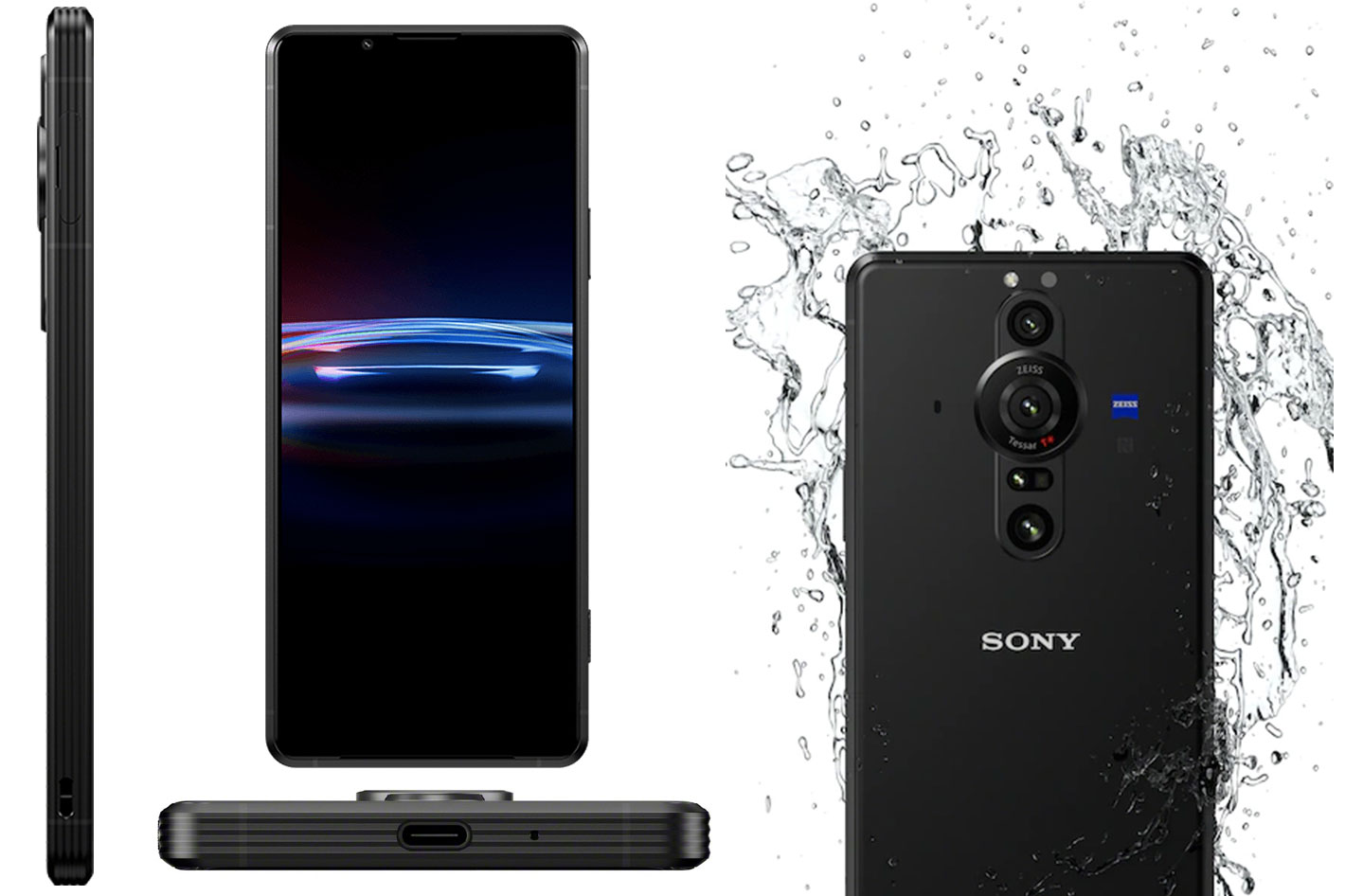 Like the Xperia Pro before it, the Xperia PRO-I delivers high-quality video and photography and even includes some “firsts,” as the ability to support Eye AF and Object Tracking during video shooting and another world´s first, 4K video recording at 120fps high frame rate in a smartphone.

Although a real zoom continues to be missing from smartphones in general, the 2X telephoto present in the Xperia PRO-I – a 50mm f/2.4 lens – will have to suffice. The Xperia PRO-I includes three lenses all enhanced with ZEISS T* anti-reflective coating and a 3D iToF sensor for total creative freedom. The device’s 3D iToF sensor instantly calculates the distance between the camera and the subject, ensuring fast, accurate autofocus in any scene. The newly developed 24mm lens adopts ZEISS Tessar Optics and delivers high-resolution images with less peripheral image distortion and more intense contrast and sharpness. The already mentioned 50mm and a 16mm complement the offer.

In terms of autofocus, the Xperia PRO-I features 315 phase-detection AF points that cover 90% of the frame, as well as industry-leading AF technology including Real-time Eye-AF in humans and animals, Real-time tracking, 20fps AF/AE burst shooting, and anti-distortion shutter for a cleaner capture of fast-moving objects. 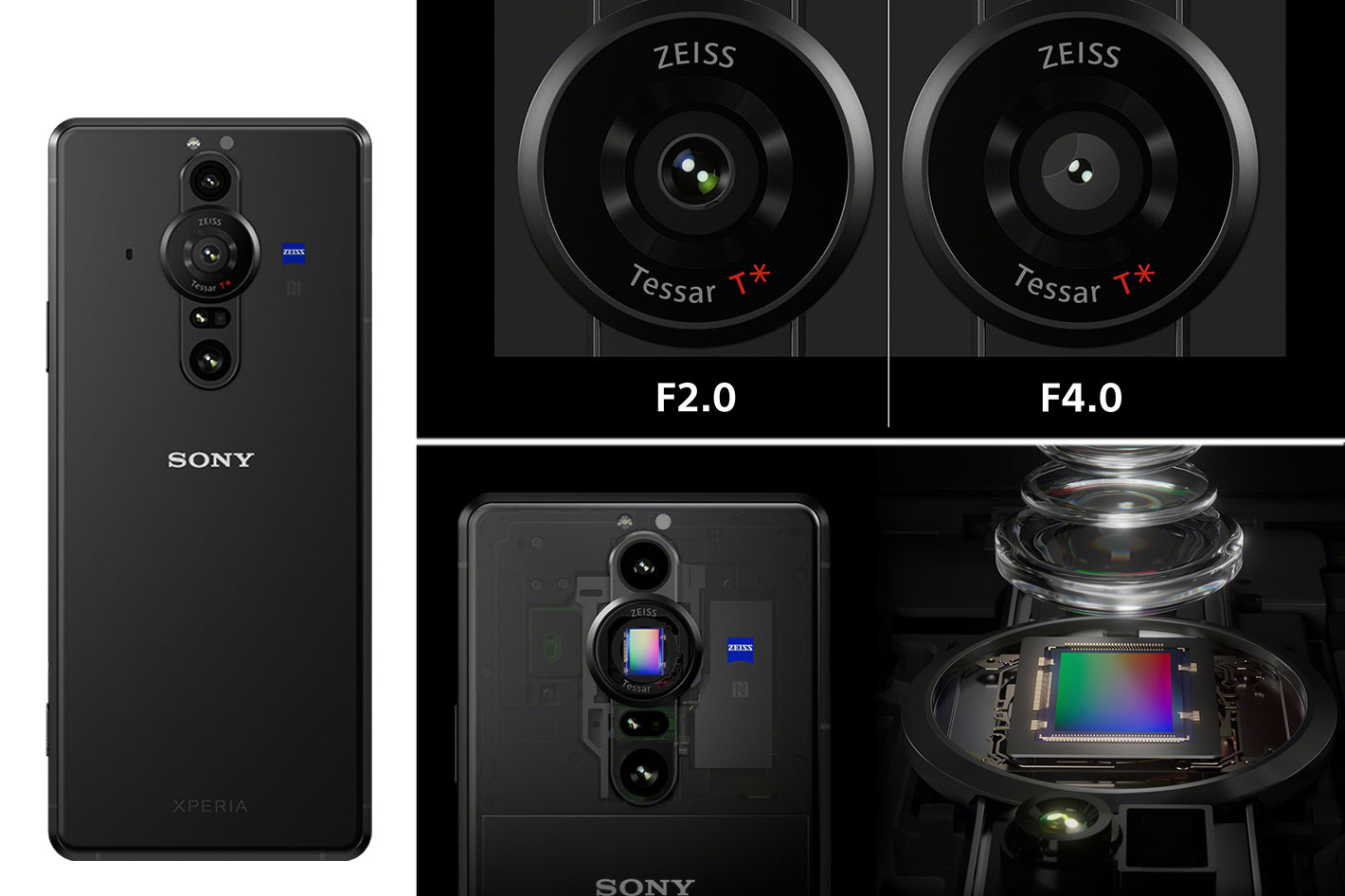 Video shooters can expect high-quality video performance. The Xperia PRO-I is the world’s first smartphone to enable the user to shoot high quality video in 4K 120fps, which allows users to capture and playback fast-moving scenes and slow-motion video at up to 5x. Capturing smooth, shake-free video is easier than ever thanks to the latest Optical SteadyShot with FlawlessEye. Also, as noted above, Xperia PRO-I is the first in the Xperia line-up to introduce outstanding Eye AF technology and object tracking in videomaking, allowing the user to keep sharp focus on the subject and spend more time composing their shot.

The new device also includes two new video features for video and filmmaking. For quick, high-quality videos and vlogging, the new Videography Pro feature, inspired by Sony’s long history of imaging technology that supports video production and direct feedback from videographers, includes creative settings in a single location. Users can intuitively and accurately adjust settings such as focus, exposure and white balance even while shooting a movie, to fit to the shooting environment. 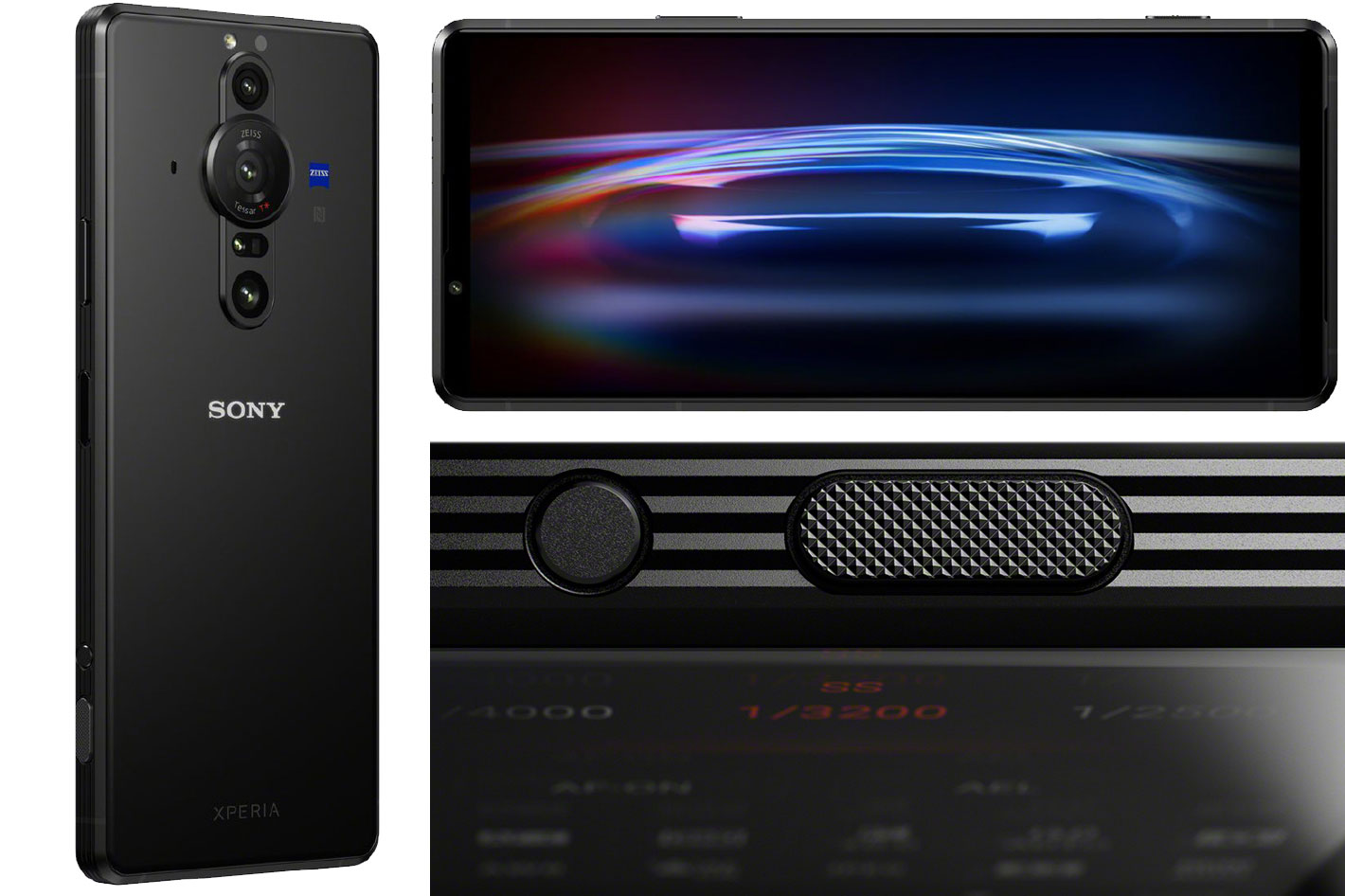 In addition, Xperia PRO-I adopts a high-precision Level meter that has been individually calibrated. By assigning the “Videography Pro” application to the “shortcut key” on the side of the Xperia PRO-I body, users can immediately begin recording like they would using a camera. Users can also assign other applications or features to the shortcut key. For filmmaking, the Cinematography Pro feature pulls from Sony’s professional video camera technology to easily create a cinematic look with eight different color settings inspired by Sony’s VENICE digital cinema camera, a 21:9 recording ratio and more.

Furthermore, the Xperia PRO-I lets the user edit and share video content directly from the device. With its wide 6.5” 4K HDR OLED display and accurate, professional-level color reproduction with creator mode, editing from a mobile device is now easier than ever. In addition, excellent white uniformity and stability are achieved by correcting the color shift of the display. As an added benefit, the color setting of the display can be adjusted according to the user’s monitor or printed photos. Sharing video files are also a breeze using a 5G network or by connecting the Xperia PRO-I to a computer by USB 3.2 Gen 2 to transfer data twice as fast from the Xperia PRO-I to a PC.

Powered by the Qualcomm Snapdragon 888 5G Mobile Platform to deliver a premium experience. The Xperia PRO-I also has a large internal memory, with 12GB RAM to handle intensive computing tasks and 512GB ROM offering ample storage for photos, videos, and other files to support micro SDXC media up to 1TB. With a 4,500mAh battery, the Xperia PRO-I offers plenty of power to keep going through the day. The user can fast charge the device up to 50% in just 30 minutes with the included 30W charger XZQ-UC11. Xperia’s charging technologies also keep the battery healthy for longer even after three years of use by preventing the device from overcharging, says Sony.