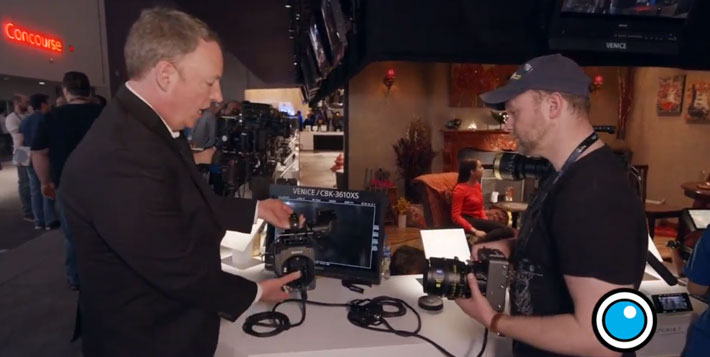 Imagine a big mothership with small vessels that can do similar tasks but thanks to their size can go places the bigger ship can not, and you’ve the idea behind Sony’s VENICE Extension System. It’s a tethered extension of the VENICE, a lightweight “go anywhere” – within up to 18 feet (5.5mts) – camera body that detaches from the image sensor block and, with a lens attached, becomes the “eyes” of the VENICE, allowing filmmakers to capture images that would not be possible to shoot with the VENICE on its own.

The VENICE Extension System and the firmware updates were releases recently, and NAB 2019 is the place to go to see the “mothership and small vessels” – following the suggested analogy – in action. The new Extension System is compatible with existing and new VENICE cameras. A user can quickly configure and freely use only VENICE’s image sensor block to capture uncompromising imagery on site, customizing the camera for specific scenarios.