After a recent online Meetup with guests from multiple countries/continents, I discovered that Google Meet beats Zoom by encoding and recording 48 kHz audio rather than Zoom’s typical 32 kHz. 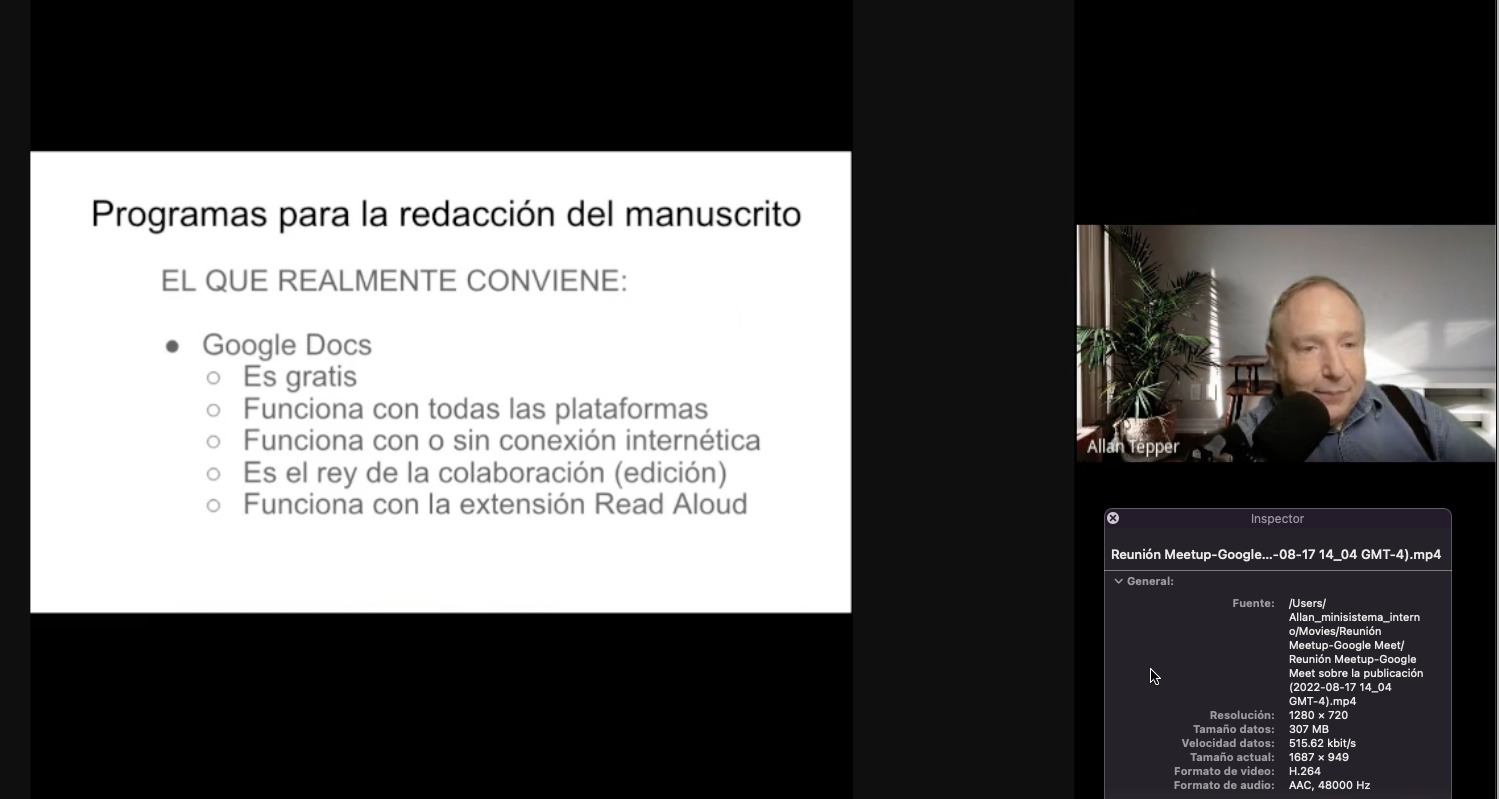 Recently, I have been conducting Meetups for fellow writers who want to edit, publish, transform or widely distribute their books. After two in-person Meetups in Florida, last week I conducted the first online event where I chose to use Google Meet instead of Zoom.us. I did that for three reasons: 1: I already pay Google for a Workspace account (previously called G Suites); 2: My Meetups are 90 minutes and I wanted to avoid paying extra for Zoom Pro; 3: I had recently mastered the “trick” of presenting from Google Slides while still being able to see the attendees’ facial reactions on a single 27” monitor. After the successful meeting ended, I downloaded and checked the audio/video recording done by Google Meet to my Google Drive. I was ecstatic to see that it had recorded our standard 48 kHz instead of Zoom’s typical 32 kHz, as I have documented before. Ahead are technical details of my setup for the Google Meet session (including an amazing new 4K AI camera with ½” type sensor, microphone, and audio mixer) and a comparison chart of some of the key differences I now see between Google Meet versus Zoom.us.

Of course, I want to clarify that I don’t consider Google Meet’s audio quality to be nearly as good as Cleanfeed or Cleanfeed Pro. Cleanfeed and Cleanfeed Pro are in a different class than the two conferencing services I am comparing in this article. Cleanfeed recently won an Emmy for its use with productions like Star Trek: Discovery, The Crown, The Walking Dead, The Queen’s Gambit and The Flight Attendant. Google Meet’s audio quality is much better than the typical 32 kHz audio offered by Zoom.us. Although as I have covered previously, Zoom.us started officially offering 48 kHz in September 2020 with its High Fidelity mode, I have two close friends who currently pay for Pro accounts with Zoom.us. Both have followed the official steps given by Zoom.us but still get only 32 kHz audio sampling from the Zoom.us. 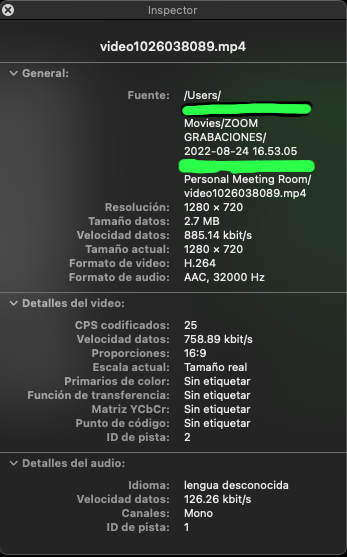 Above, QuickTime Inspector from one of my friends who recently recorded with Zoom.us after following the required steps. He still got only 32 kHz (aka 32,000 Hz) audio sampling in the provided recording.

As a result, he recently wrote Zoom.us to ask help to get 48 kHz after invoking Original Sound, using an external microphone and connecting his computer exclusively via Ethernet, but still got only 32 kHz. The first level of support didn’t understand the question. My friend wrote back linking Zoom’s own website plus the QuickTime Player’s Inspector to demonstrate that the resulting recording made by Zoom.us was only 32 kHz. Then my friend received a message saying that they were escalating his ticket and then another immediately after, saying they were closing his ticket as “resolved”, even though it wasn’t resolved at all. The only people I know who have achieved 48 kHz from Zoom.us have been Alex Lindsay and associates. Perhaps they will share the secret to us… or perhaps an Enterprise account with Zoom.us is required for 48 kHz, although Zoom.us doesn’t mention that per my research so far.

Devices and software used by be for my recent Meetup via Google Meet:

Be sure to be on one of my mailing lists listed below to be informed for my upcoming review on the amazing Insta360 Link 4K webcam with ½” type sensor and my upcoming article about How to present Google Slides via Meet with a single monitor and see facial responses of attendees.

There is currently no financial relationship between Alphabet/Google or Zoom.us and Allan Tépper, other than that TecnoTur LLC pays Google for a Workspace account (previously called G Suites). Many of the above manufacturers have sent Allan Tépper review units, including FDUCE and RØDE. Cleanfeed has provided NFR software to facilitate reviews. Some of the manufacturers listed above may have contracted Tépper and/or TecnoTur LLC to carry out consulting and/or translations/localizations/transcreations. So far, none of the manufacturers listed above is/are sponsors of the TecnoTur, BeyondPodcasting, CapicúaFM or TuSaludSecreta programs, although they are welcome to do so, and some are, may be (or may have been) sponsors of ProVideo Coalition magazine. Some links to third parties listed in this article and/or on this web page may indirectly benefit TecnoTur LLC via affiliate programs. Allan Tépper’s opinions are his own. Allan Tépper is not liable for misuse or misunderstanding of information he shares.