The optical devices division of Fujifilm showcases at IBC 2017 the smallest and lightest 4K, HDR-compatible Broadcast lens, the UA24x7.8. 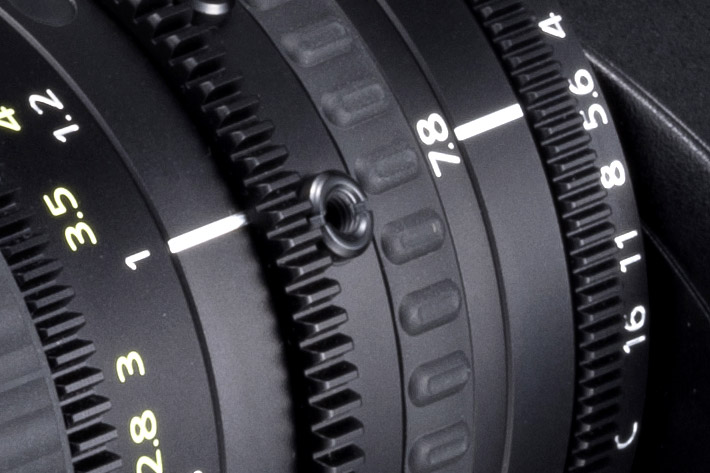 The latest zoom lens in Fujifilm’s Premier UA Series of 4K 2/3” lenses, the new UA24x7.8 is a portable lens ideal for live sports and news coverage in remote locations.

At the IBC convention in Amsterdam this month, the optical devices division of Fujifilm will introduce the world’s smallest (total length approx. 220.5mm) and lightest (approx. 1.98kg) broadcast lens that supports 4K production. Despite its compact body, the “UA24x7.8” features a 24x high magnification zoom, covering a focal length from the wide angle of 7.8mm to 187mm. This new portable lens allows users to shoot high-definition, realistic videos in environments requiring significant mobility, such as live sports and news from remote locations.

“Its portability and 4K HDR (High Dynamic Range) capability makes this new lens a huge boon to anyone looking to decrease shoulder-weight and capture detailed close ups when shooting hand-held,” said Thomas Fletcher, Director of Sales, FUJIFILM Optical Devices Division. “The UA24x really shows its power when combined with a 4K camcorder. With the increased use of 4K camcorders, the need for similarly compact and lightweight lenses has become more apparent, and productions using ultra-portable equipment continue to spread. We’re seeing a big increase in Japan, Europe and North American shooting 4K video for sports, news and in-studio shooting. And with OTT video available in 4K on PCs and tablets, that will only continue to increase.”

The new UA24x provides advanced optical performance, with 4K compatibility, throughout the entire zoom range. It includes Fujifilm’s proprietary “HT-EBC (High Transmittance Electron Beam Coating)” multi-layer coating that provides a high level of transmittance and color reproduction. HT-EBC, coupled with Fujifilm’s exclusive Aspheric Technology, reduces ghost and flare and increases light transmission. In addition, by thoroughly reducing chromatic aberrations, which are a common occurrence in telephoto zooms, it is also possible to shoot utilizing HDR. Rich tones can be reproduced, even when shooting scenes with intense contrast, such as stadiums at dusk. 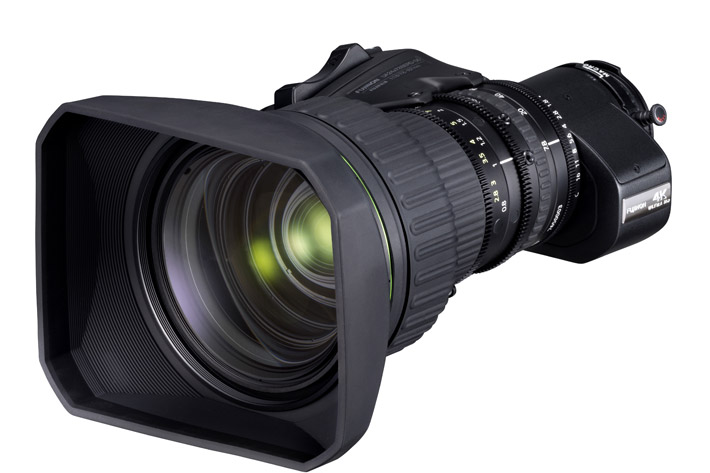 The latest optical simulation technology was used in the lenses’ optical design to prevent resolution degradation around the edges and control aberrations, thus achieving 4K image quality across the zoom range. An aperture shape close to that of a circle is achieved by adopting nine aperture blades, which provides a more natural bokeh.

The Fujinon UA24x is the latest zoom lens in the company’s Premier UA Series of 4K 2/3” lenses. The UA Series is the first designed specifically for UHD broadcast applications. The addition of this product expands Fujifilm’s 4K broadcast lens lineup to eight models in total, catering to the various needs for 4K HDR video production. Other handheld zooms in this line up include: the UA14x4.5B, UA18x5.5B, UA13x4.5B and UA22x8B lenses. A new studio lens is now available, the UA27x6.5B, and field lenses, the UA80x9 and UA107x8.4, round out the series.

Fujinon lenses by Fujifilm are known for high quality eloquent images, and have been used in various production sites including movies, TV commercials, and live sports broadcasts around the world. Fujifilm will continue to tap into its optical, high precision forming and assembling technologies that have been nurtured over many years in the field of video expression, to further expand and enhance its 4K lens lineup, thereby addressing the diversifying needs of production sites.