By using Frame.io’s Camera to Cloud technology PVC was able to deliver Cine Gear coverage within the hour, from LA to Nashville

ProVideo Coalition has boots on the ground for the 2022 Cine Gear 2022 Expo being held at the LA Convention Center from June 9 – 12. We’ll be bringing you various videos throughout the weekend using Frame.io’s Camera to Cloud technology.

With Day 1 of Cine Gear Expo Los Angeles 2022 in the books, here’s a single post with all of PVC’s first day coverage of the show. Unlike the large NAB which covers everything broadcast under the sun, Cine Gear is a much more intimate show focusing on …. cinema gear. And while some of the products are the same as you might see at NAB, Cine Gear give a more laid back place to take it all in.

Thanks to our friends at Frame.io, PVC’s video crew was rolling their Canon C500 with a Teradek Cube 655 mounted on top. Camera to Cloud allowed the footage shot in Los Angeles, California be made available to the editor in Nashville, Tennessee within minutes (sometimes less than a minute thanks to high bandwidth on both ends for the upload and download) ready to process.

Frame.io and Camera to Cloud

You can read all about the process here in a dedicated post about Frame.io and Camera to Cloud. But if you want to watch the video here is that as well:

ARRI had a huge announcement recently with the new ALEXA 35 cinema camera. That also deserved its own post if you want to read more about all things ARRI including the Orbiter light. 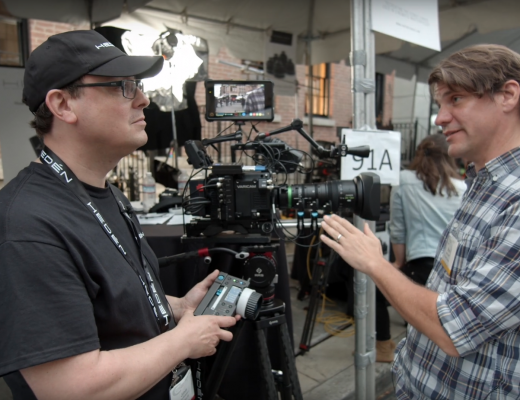 As a long-time camera operator, I sometimes have trouble letting go and allowing camera assistants to do their work....