ProVideo Coalition has boots on the ground for the 2022 Cine Gear LA EXPO 2022 being held at the LA Convention Center from June 9 – 12. We’ll be bringing you various videos throughout the weekend using Frame.io’s Camera to Cloud technology.

PVC’s use of Camera to Cloud is really made Cine Gear coverage fast and efficient. As the editor of some of these videos it’s quite a revolution as we are shooting 1080 10-bit video on a Canon C500 with a Teradek Cube 655 in Los Angeles and minutes after the camera stops rolling I have high-bit rate H.264 files ready to download right into Adobe Premiere Pro for editing.

Here’s a quick look at how this works.

First we had to connect teams via the phone and setup the Teradek unit with a cellular connection that is connected to a Canon C500. 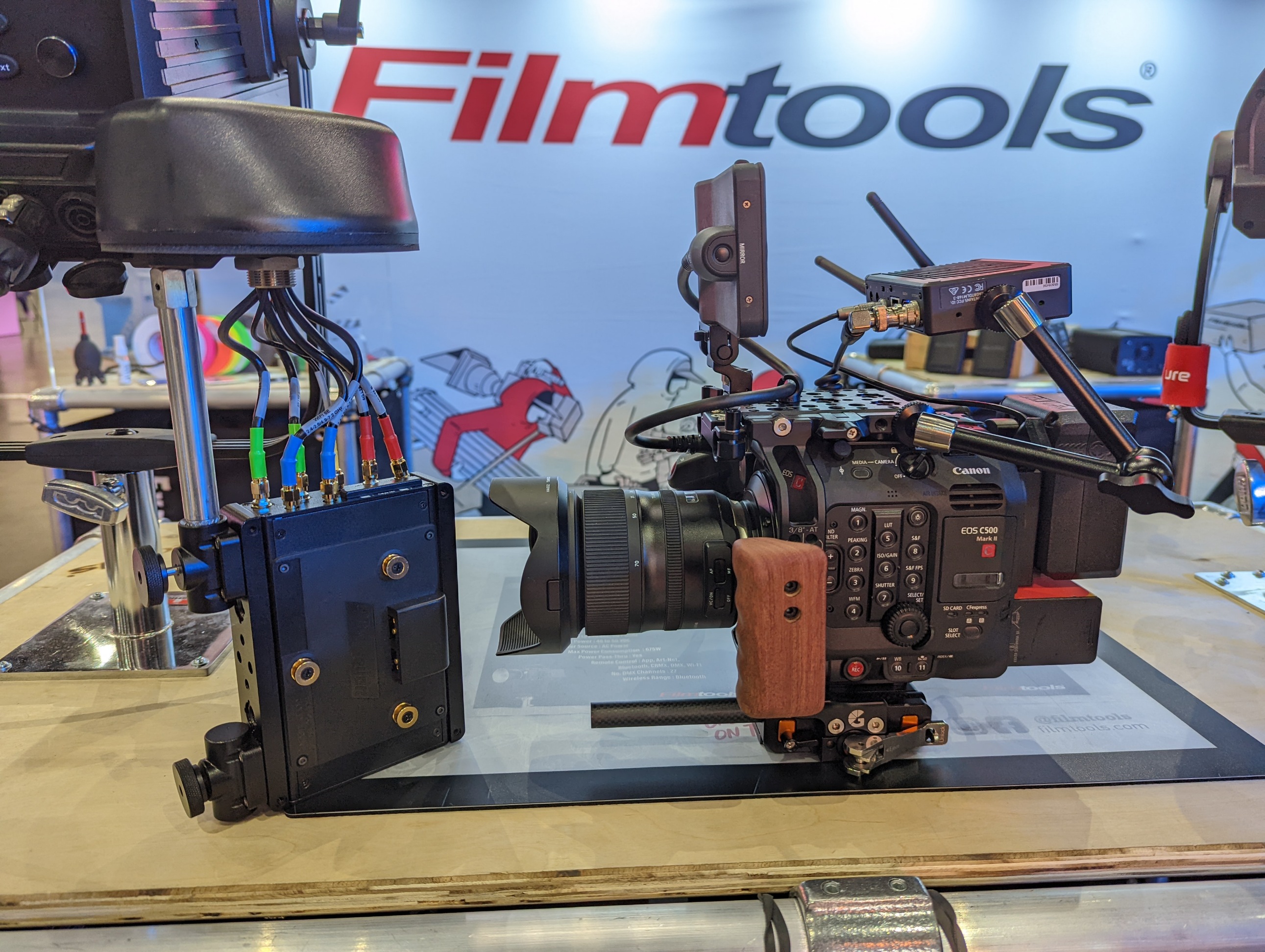 As the editor I began by getting a 6-digit code from the Teradek that connected it to my Frame.io account. 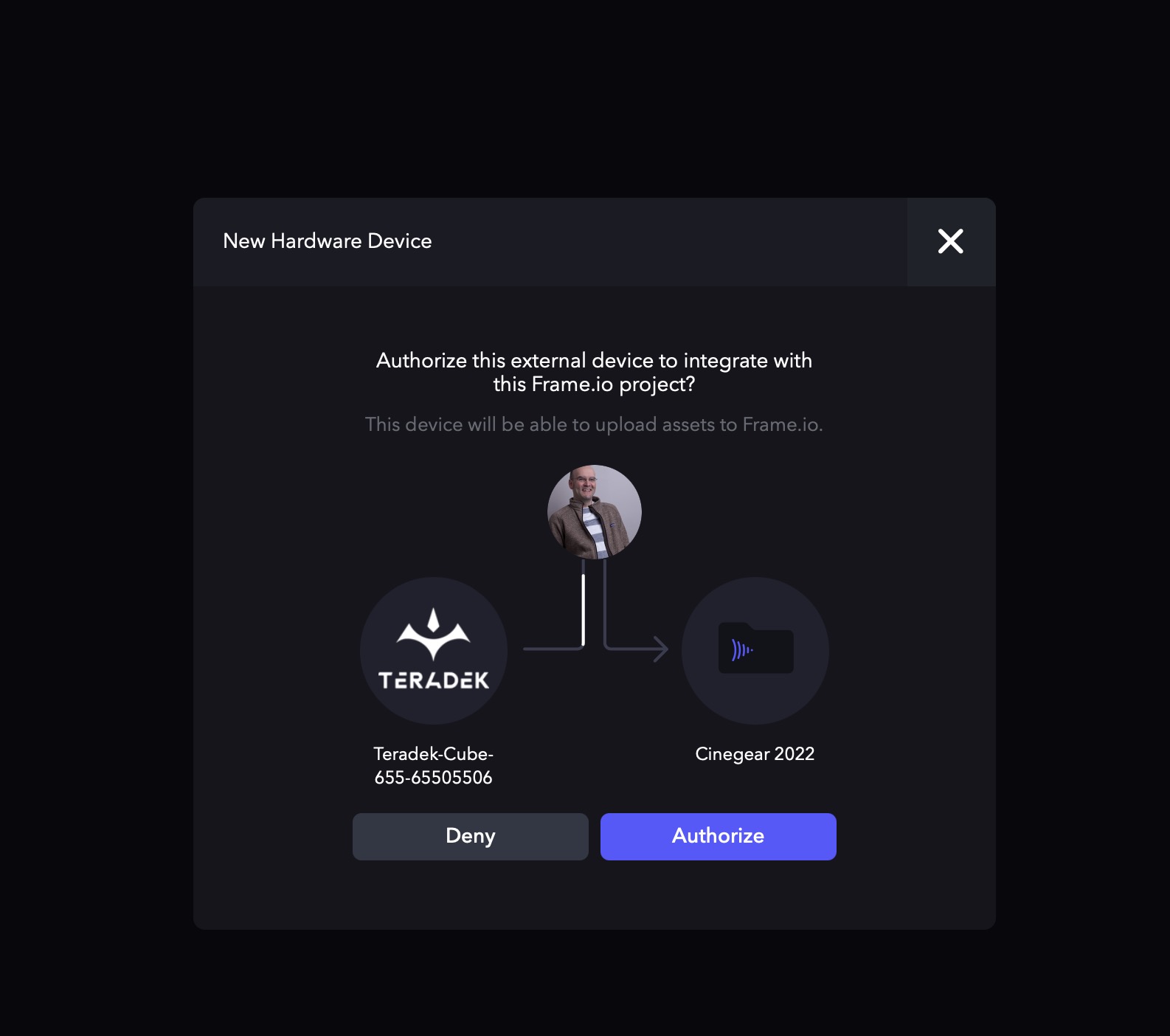 Once authorized I received an alert where I could set an expiration date if needed. 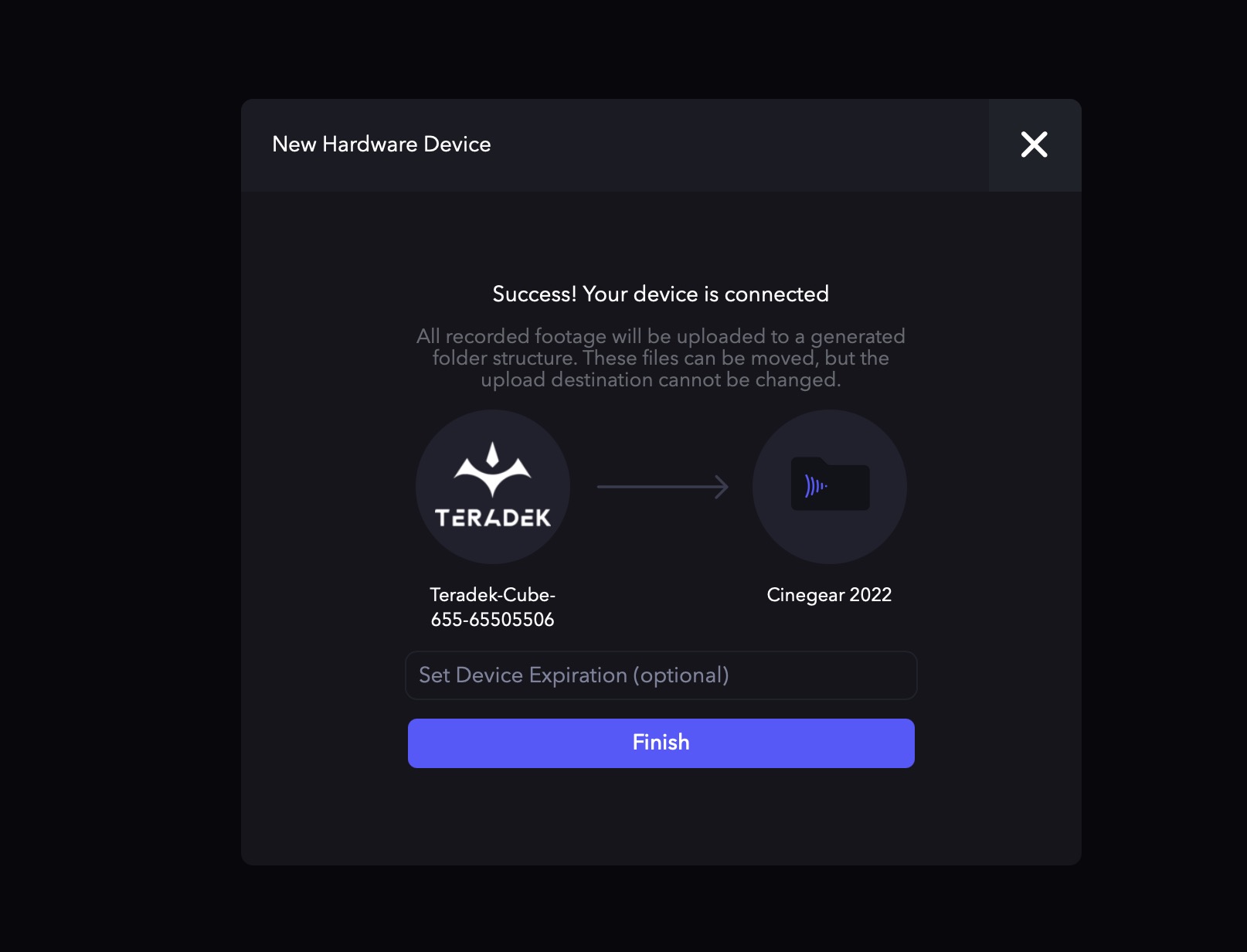 Once connected and setup in Nashville the team in Los Angeles rolled on their Cine Gear interviews. 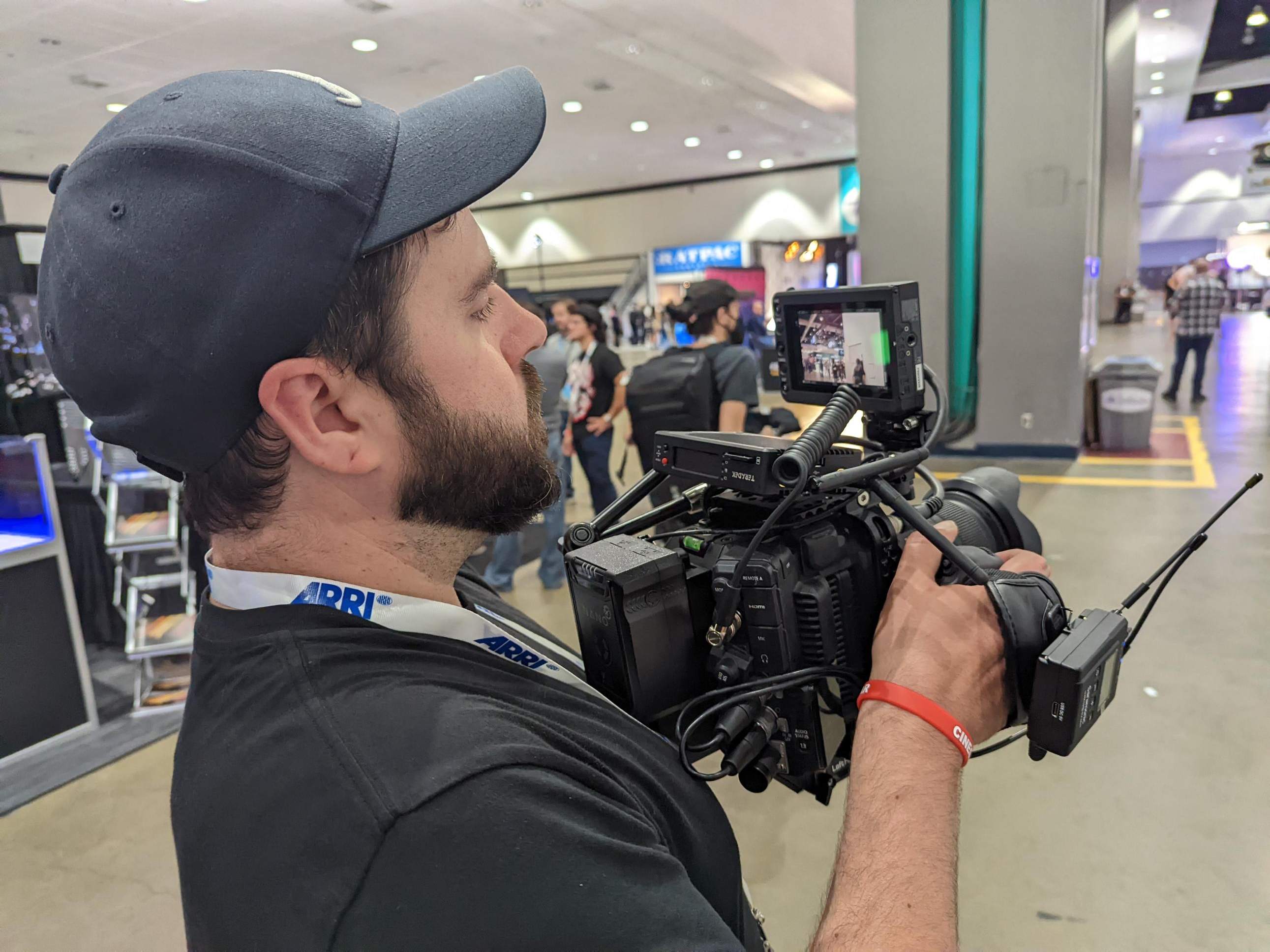 They would roll on interviews and Broll and once the stopped recording the footage would begin uploading to the Frame.io cloud. 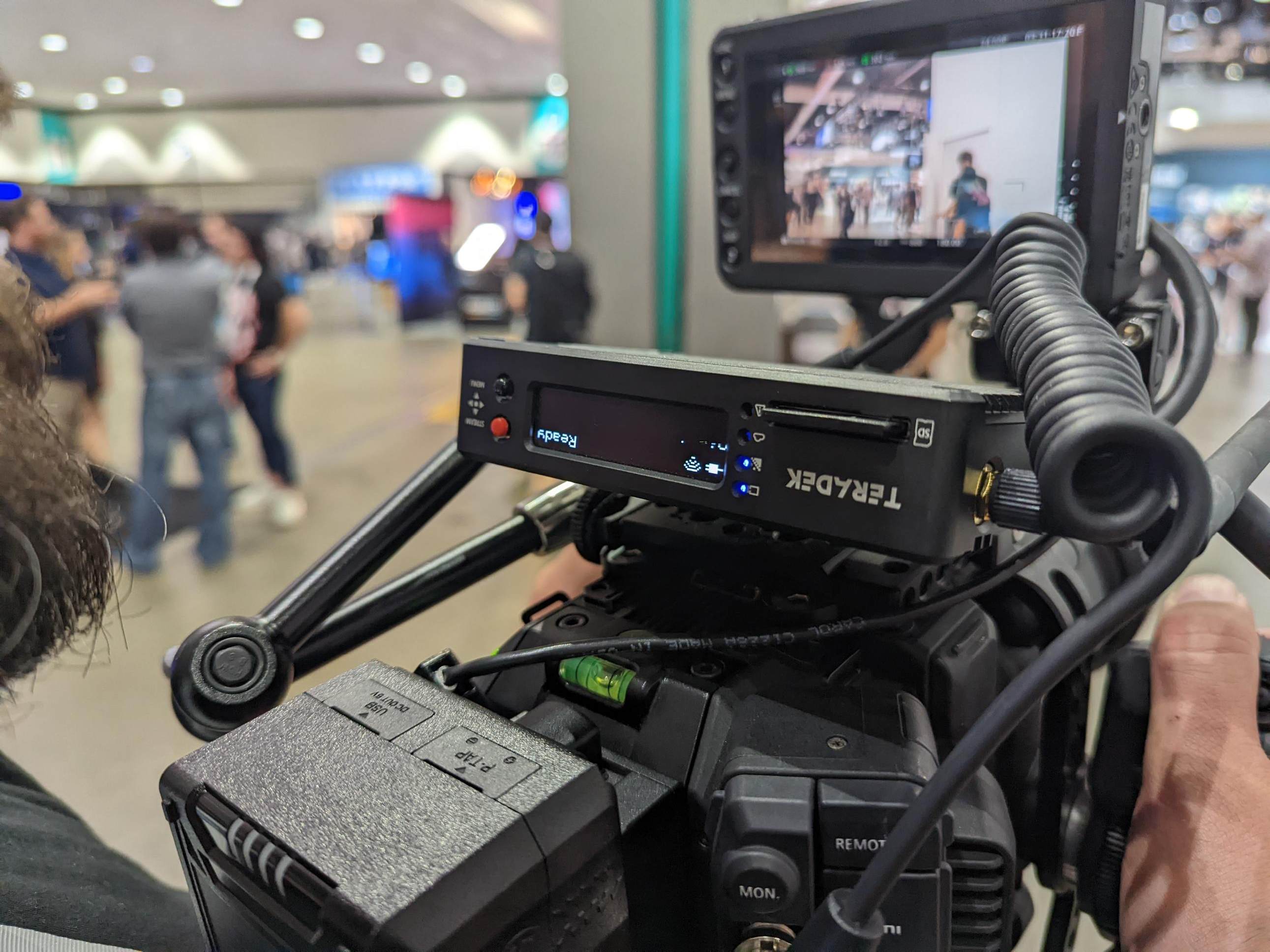 As soon as the clips hit the cloud I could see them in my Frame.io account in our Cine Gear project.

That view above is in the web browser but better than that the Frame.io panel in Adobe Premiere Pro let’s you monitor the uploads and then import clips directly into Premiere Pro. 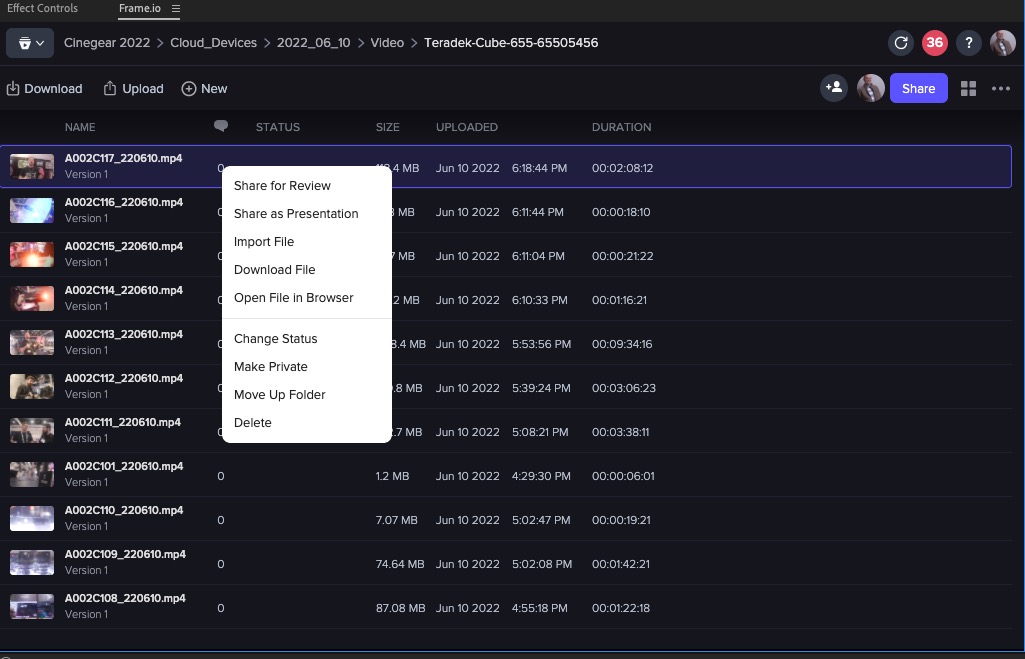 From there they go right into the timeline for edit. 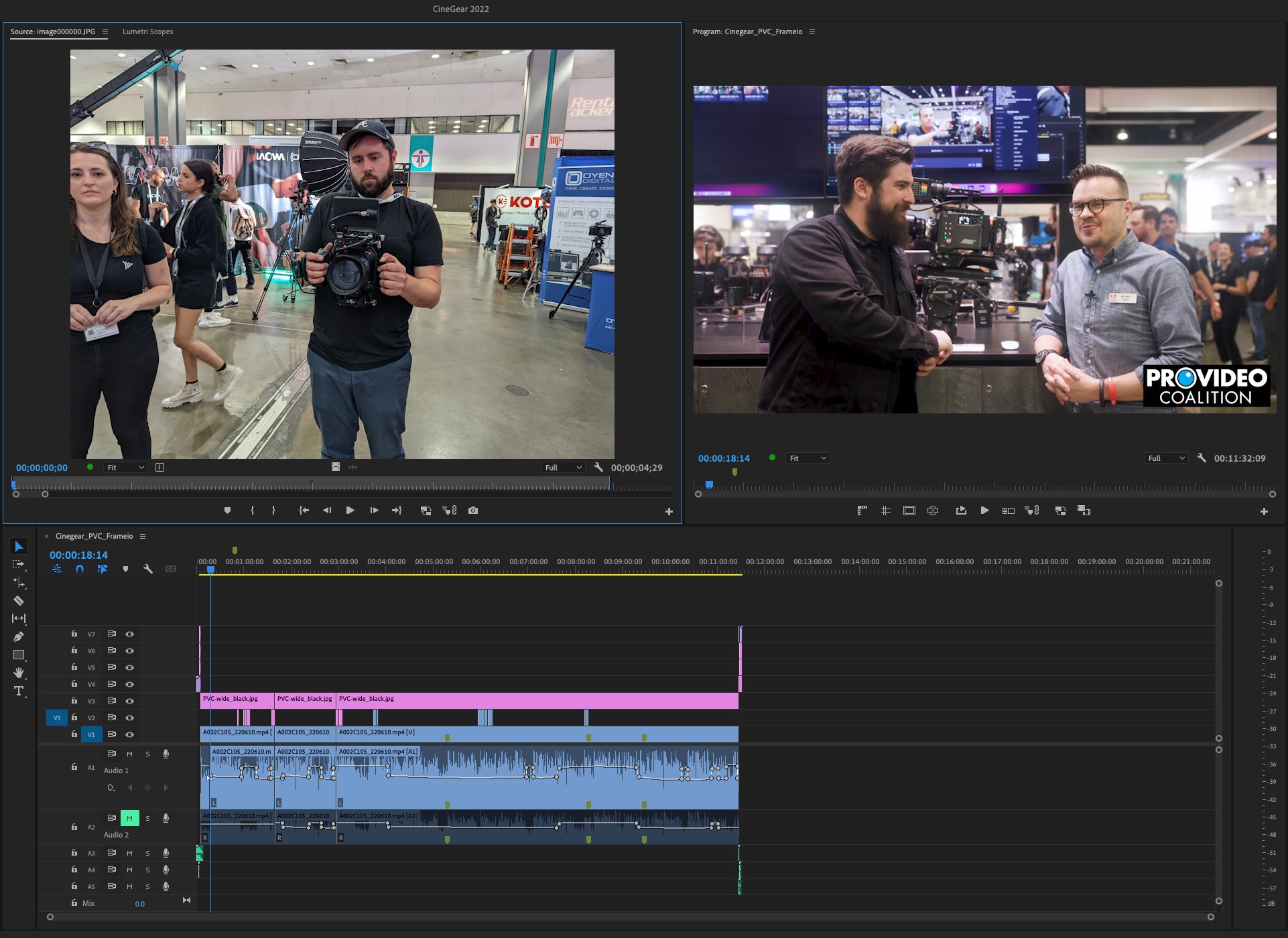 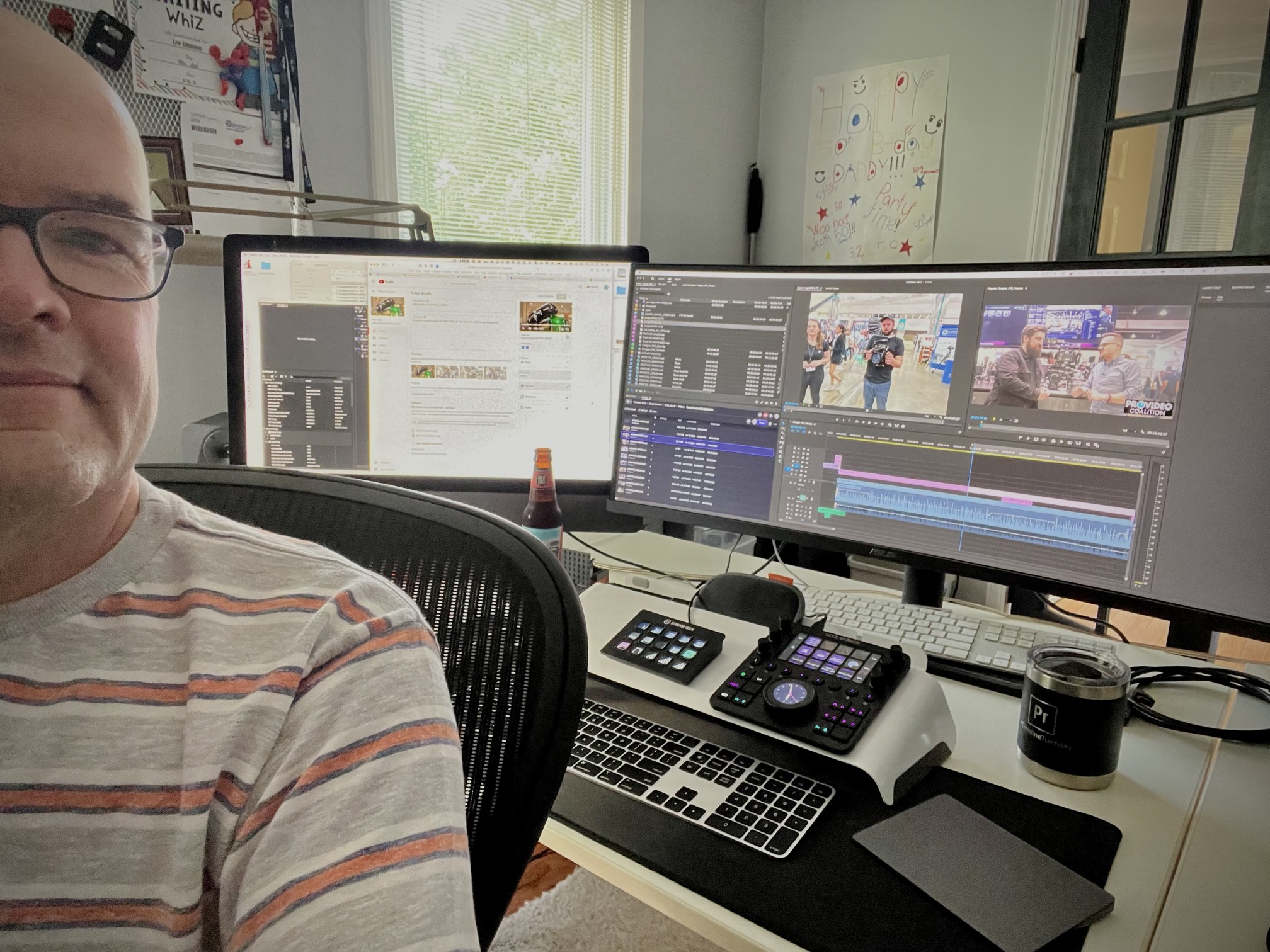 And a happy editor, which in this case was me.

Camera to Cloud was a great solution for this event coverage. Michael told the story of a friend shooting a feature in the swamp and using C2C on the dashboard of the car as they drove out of the swamp from the set. It’s a great story.

Thanks to Frame.io for the Camera 2 Cloud hardware and helping us with this Cine Gear coverage!