Teradek made it to IBC 2019 with its multiple solutions, including Prism, Orbit and Bolt 4K MAX, all on display at booth 12.E65, the Bolt 4K MAX being one of the highlights of the show. 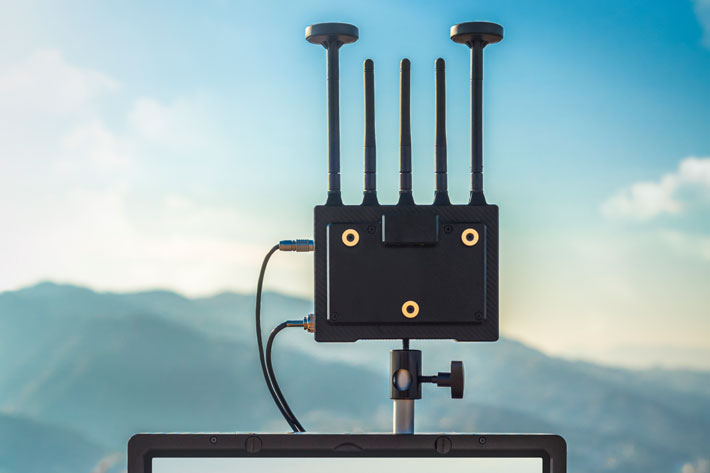 The Teradek Bolt 4K was announced last April, at NAB 2019, and now Teradek takes the system one step further, with the Bolt 4K MAX, with several new features.

Teradek introduced at NAB 2019 the Teradek Bolt 4K,  a whole new category of wireless video systems, more reliable, with more range, superior image quality and controllable from a smartphone app. Able to deliver uncompressed 2160p60 HDR video transmission with zero delay, the Bolt 4K pointed in the right direction, and the Bolt 4K MAX, introduced at IBC 2019, is a clear indication of the fast development of wireless solutions. 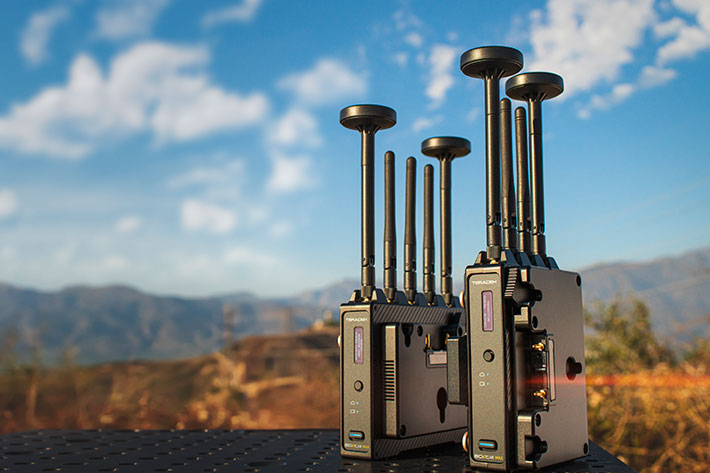 Here are some of the new features of the Teradek Bolt 4K MAX:

Like the 750 and 1500, Bolt 4K MAX transmits 10-bit, 4:2:2 HDR video over the unlicensed 5GHz band, and can multicast to 6 receivers simultaneously in normal operating modes. For HDR workflows, Bolt 4K MAX supports the HDR-10, PQ, and HLG standards and can transport extended camera metadata, timecode, and record triggers over the wireless link. The system is also interoperable, allowing any model to transmit and receive from the other (i.e, a Bolt 4K 750 receiver is compatible with a Bolt 4K MAX transmitter and vice-versa). 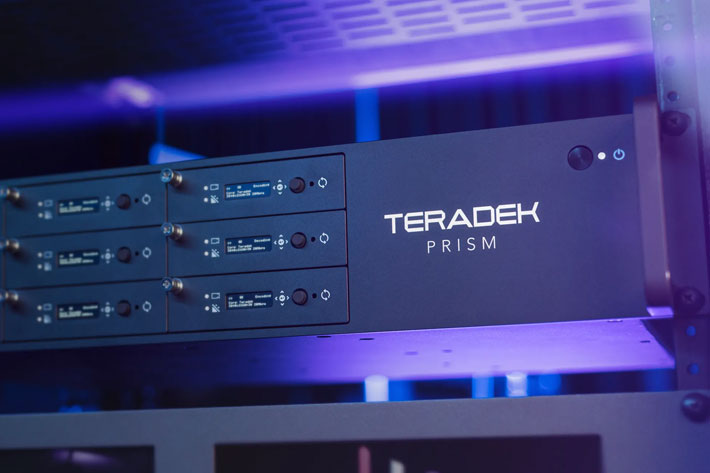 The Orbit and Prism

For a limited time, all Bolt 500, 1000, 3000, and Paralinx Tomahawk owners are eligible for the Bolt 4K Upgrade Program, which offers up to a 40% trade in credit depending on model and condition. Bolt 4K MAX is now available for purchase and will begin shipping at the end of the month. 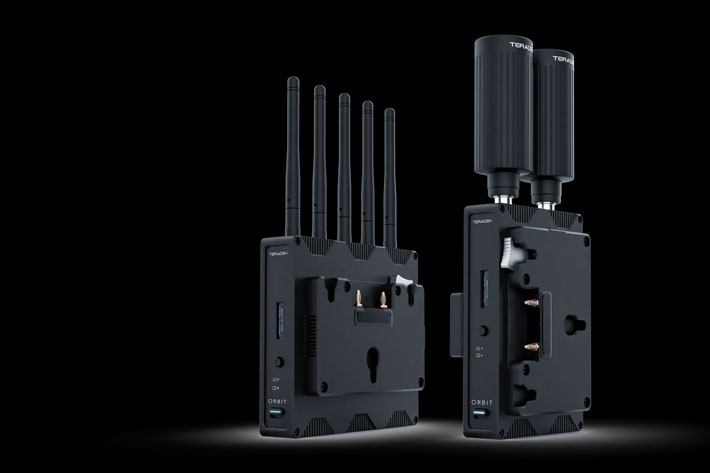 The other new product on display is the Prism, a 4K HEVC encoder / decoder solution designed for flexibility and scalability. With room for up to 9 blades in a 2RU chassis, Prism, that made its world debut at IBC 2019, can encode or decode up to 4Kp60 video with stunning 10-bit 4:2:2 image fidelity.

Teradek‘s multiple solutions, including the new Prism, Orbit and Bolt 4K MAX, are all on display at booth 12.E65, at IBC 2019 until September 17th.