Carbon fiber tripods are better for traveling, because they are lighter, but the new Manfrotto Befree 2N1 aluminum tripod challenges that “universal truth”, despite being heavier, because it is also a monopod! 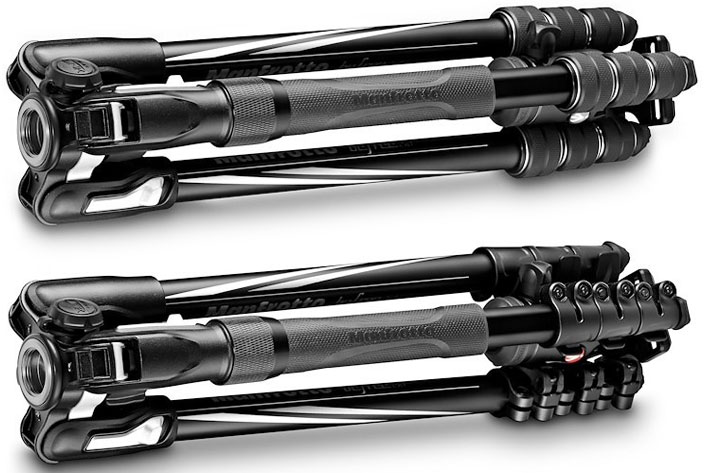 Manfrotto’s Befree tripod series has always been presented as a solution for photographers and videographers on the move, and the new version, 2N1, is better: it transforms into a full size monopod.

Shapeshifting tripods are not new, but not many people are aware they exist. Once you discover they are available, though, you will be hooked: a tripod that doubles as a monopod is the ideal solution not just for traveling, but to take anywhere, if you want to carry less weight. Isn’t that something we all want?

I usually carry two things in the trunk of my Cherokee XJ: one old Manfrotto 190NAT3 tripod (those old heavy tripods painted in green, loved by outdoor photographers) and a Gitzo monopod G1566MK2.  I keep them there “just in case”, and although I “officially” retired the green painted tripod from service back in 2014, when I adopted the new Manfrotto 190 series, I’ve it in the car for those occasions when I need a tripod and have no other option present. Sometimes, it will also save the day for someone else that has not brought a tripod. The monopod is also there because it is a handy support… and you never know when you need one. 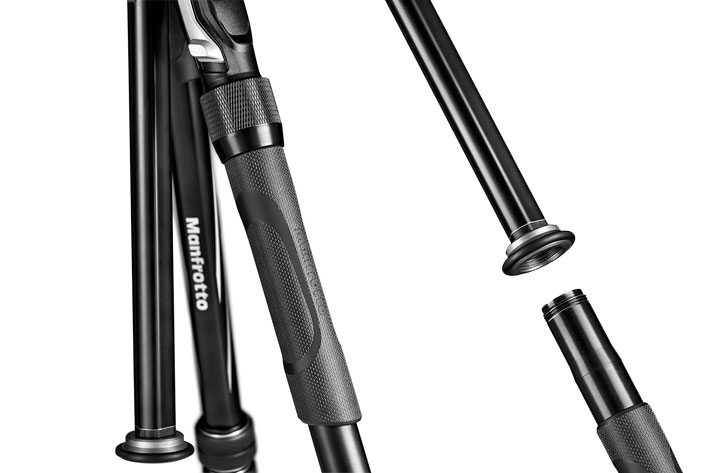 The Manfrotto 190NAT3 and the Gitzo monopod G1566MK2 complete with ball head weigh more than  3kg, meaning that’s the weight you would have to carry if you needed both. I know – some – modern tripods are lighter, but you get the point. There are times when it is difficult to decide if you take a tripod or a monopod, and I’ve had times when I decide to take the monopod, only to be faced with a situation where a tripod would be ideal. Other times, the tripod carried proves to be… of no use at all. If you’re faced with the same dilemma, Manfrotto’s Befree 2N1 makes things easier: it is a tripod that shapeshifts into a monopod. 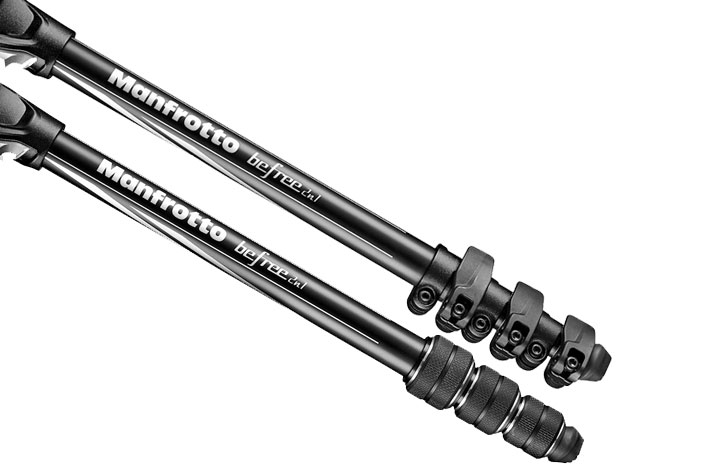 Tripods that double as monopods are something I appreciate, because one of my first and most loved tripods featured a unique design that not only allowed me to make a monopod from one its legs, but it also folded flat. Designed to fit in a special compartment inside a photographer’s bag made by the same company, the Culmmann Magic 2 vanished from the market for years, but Cullmann decided to bring it back, redesigned in terms of color, but keeping everything that makes the tripod unique. If extreme portability is your main concern, the Magic SystemPod series is something to check. 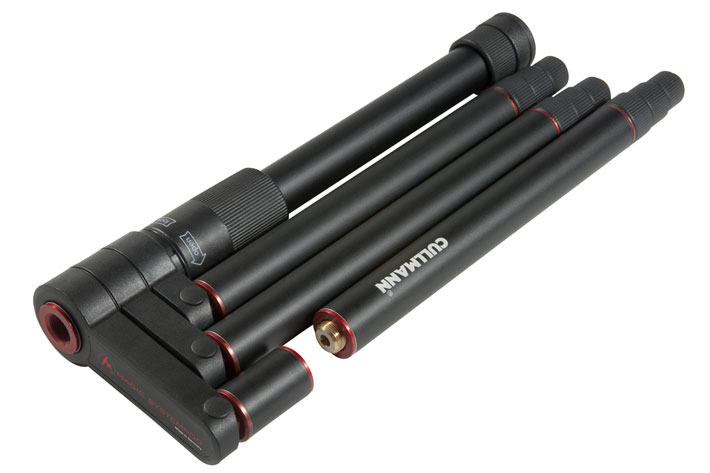 The Befree 2N1, Manfrotto’s solution in terms of transformable tripods, is different: it does not fold flat, is heavier (1660 against 1300 g) but extends to 151 cm against 139 cm and, curiously, is 1 cm shorter when closed (40 against 41 cm). But the Befree 2N1 accepts payloads up to 8 kg while the Cullmann only takes 3 kg. The Befree 2N1 in aluminium also compares favorably with the Befree GT Advanced carbon fiber model, which has a weight of 1550 g… and does not transform into a monopod. One more thing: the Befree GT costs $389.99, while the Befree 2N1 costs $219.99.

The fact that the Befree 2N1 includes an integrated full size aluminium monopod that can be easily mounted in a few steps is a key factor that should be taken into account if you’re faced, regularly, with the question “ shall I carry a tripod or a monopod? Take the two, is Manfrotto’s answer! By simply unlocking the dedicated mechanism on the leg with the leg warmer on, and pulling out the tripod column, the two solid aluminium blocks can be joined together with the dedicated cap screwed under the column. The monopod can easily hold up to 5kg payload. 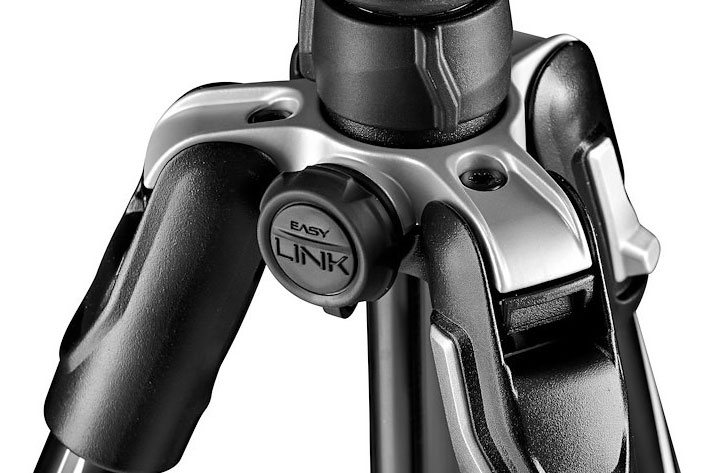 Presented as a simple solution, ideal for traveling, the Befree 2N1 has some other aspects that make it ideal for outdoor use: one I appreciate, and which can be found on the Befree series, is the Easy Link connection. First only available in studio tripods, the Easy Link has made it to the Manfrotto professional 190 & 055 tripods, and from there to other tripod series made by the company. The Easy Link is ideal to add accessories, from lights to reflectors, especially for doing close up work. I’ve built an outdoor photography studio using the 190 tripod Easy Link, which demonstrates the versatility of the system.

The tripod comes in two flavors: twist or lever, so you can pick the system you prefer. The twist model uses a new locking system called the M-lock. Fast and easy to use, the M-Lock has no protruding parts and its mechanism closes perfectly around the head, enabling the Befree advanced to slip in and out of its storage pocket effortlessly. The lever model adopts the QPL Travel lever, a brand-new system developed by Manfrotto, that brings the full locking power of the professional QPL lever on professional Manfrotto tripods like the 190 & 055 collections, to a more lightweight version that is ideal for travel. 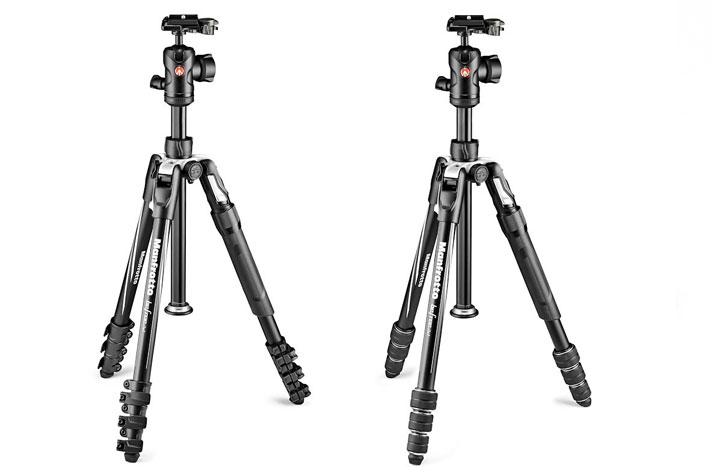 Independently of version, the tripod features Manfrotto’s Advanced 494 aluminium center ball head, an evolution of the classic ball head systems, which are excellent for travel. The 494 Center ball head features three independent controls: a main knob for managing the sphere lock, an integrated friction control knob that adjusts the ball tension so that equipment weight is always perfectly balanced and shots framed effortlessly; an independent panoramic knob that keeps the horizon flat and moves the camera horizontally, enabling astonishing landscape shots. We’ve, no doubt, come a long way from the original RC2 heads from Manfrotto, featuring a single control.

The Befree 2N1 is available as a kit with the 494 Center ball head, but if at any moment you want to change it, the fact that the system is fully compatible with the world’s most widespread standard head attachments, Manfrotto RC2 and Arca-swiss style, guarantees that all Manfrotto heads and almost all tripod heads on the market featuring Arca-style attachments can be set up rapidly and effortlessly, with no need for disassembling components. 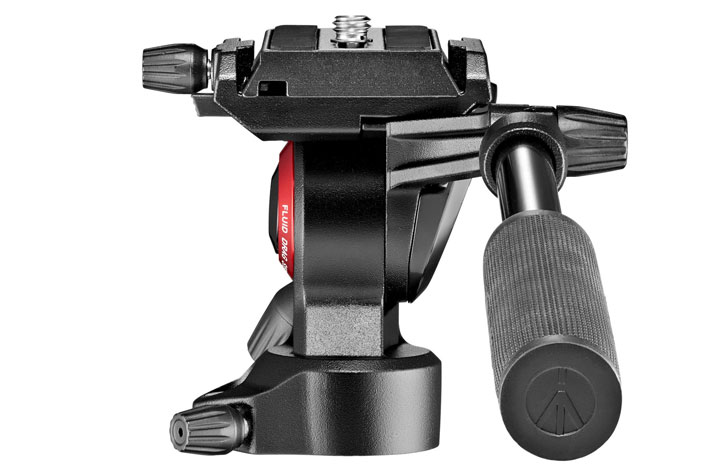 What this means is that your BeFree 2N1 which is a tripod and monopod designed for photography can also be the base, simply by changing the head, of a video system. The Befree Live Fluid Head, which features a fluid drag system on pan and tilt and keeps your camera perfectly balanced thanks to its sliding video plate, will, again, transform your tripod, meaning you’ve a stable solution for both video and photography. The Befree Live Fluid Head costs $99.99. Add the $219.99 from the Befree 2N1 and you’ve a tripod, monopod for photography transformable into a dedicated video tripod and monopod, for $319.98. 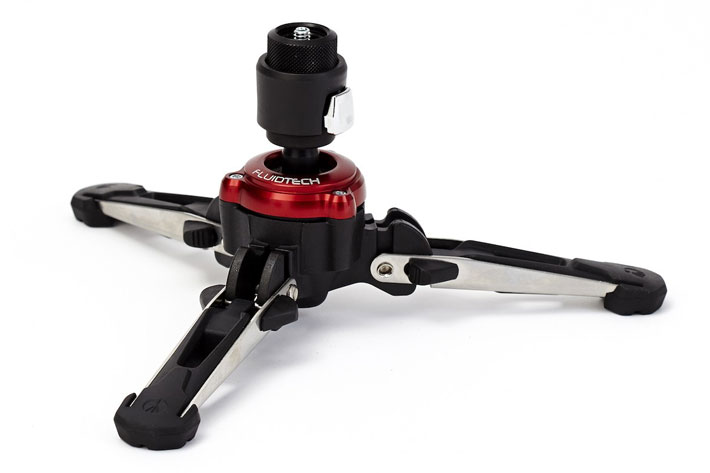 I know that as a video monopod this is not the best solution, but if only we could use the MVMXPROBASE fluid base (using FLUIDTECH) with the Befree 2N1 and the Befree Live Fluid Head, Manfrotto would have designed the most complete solution for travelers. The FLUIDTECH base, though, is only compatible, as far as I know, with the Manfrotto XPRO Monopod+.  The base attaches to the XPRO Photo Monopod+ by unscrewing the foot at the bottom of the monopod, converting the photo monopod into a video monopod, for smooth video footage. If it could be used with the Befree 2N1, it would be a winning solution attracting photographers, videographers, vloggers and everyone else who needs versatile support solutions while on the road. 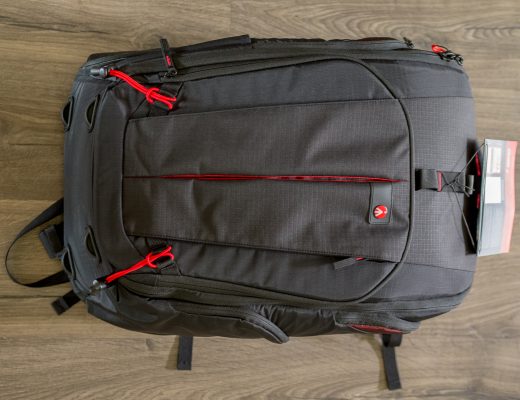 Do you ever feel like you spend more time carrying your gear from point A to point B, or... 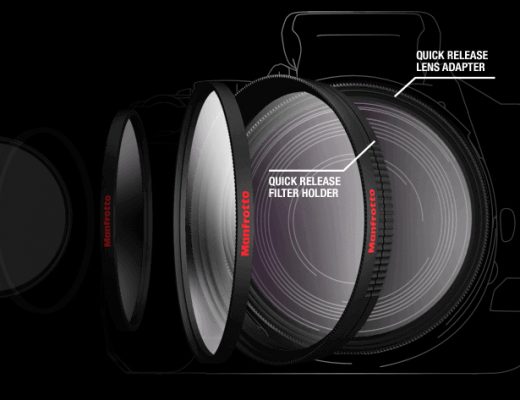 The concept is interesting: adapters that use magnetic strength to keep your filters in place. That’s what the Xume...