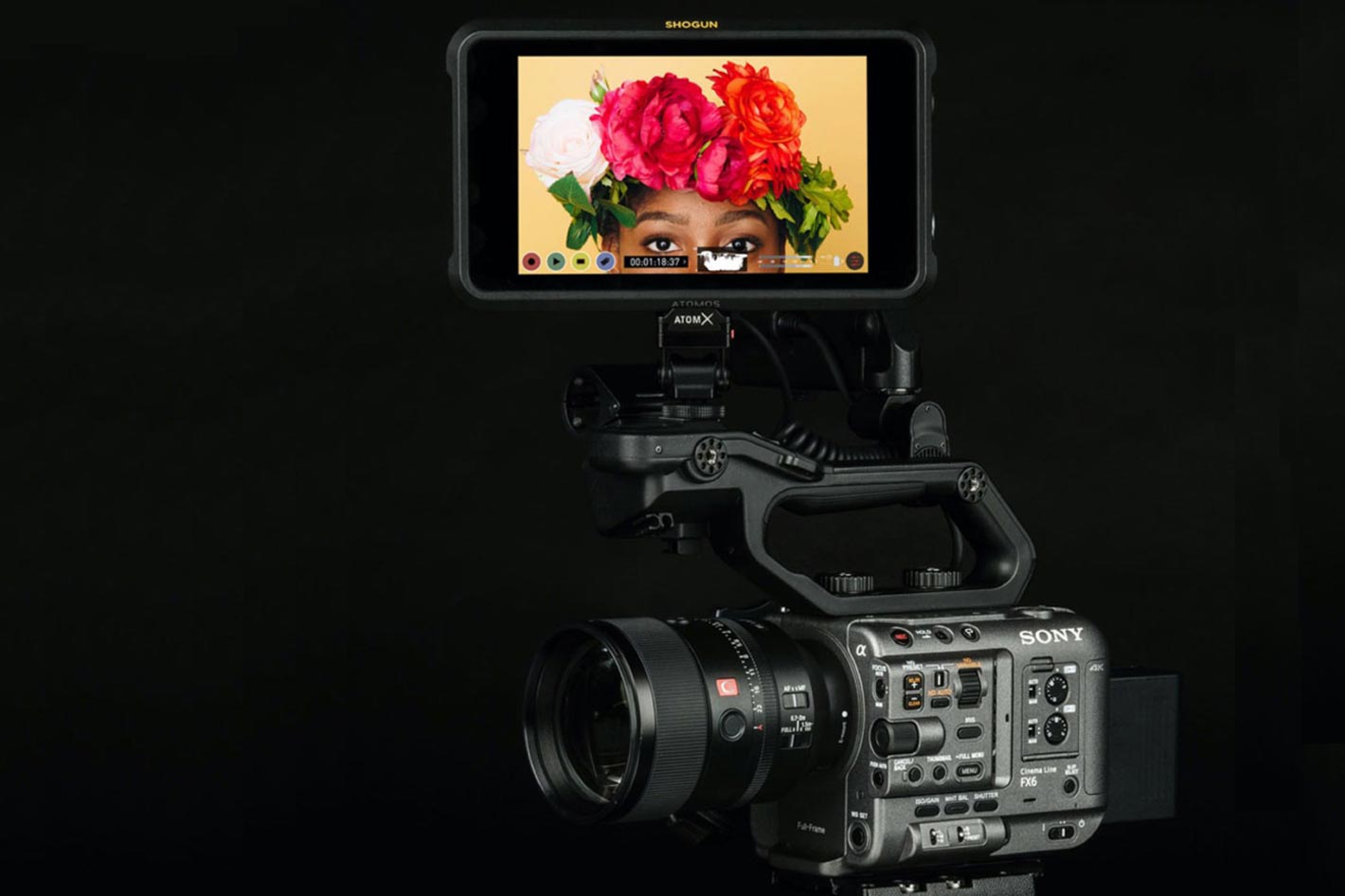 Pair the Sony FX6 camera with the Atomos Shogun 7 with the AtomOS 10.43 update and you can record ProRes RAW images at up to DCI 4Kp60, a solution filmmakers will appreciate.

Atomos announced that Apple ProRes RAW recording support is now enabled for the Sony FX6 professional camera with full-frame image sensor which natively outputs RAW over SDI. This represents the latest addition to the Atomos + ProRes RAW ecosystem, which continues to expand. As of now, Apple ProRes RAW is firmly established as the standard for RAW workflows, with over 28 HDMI and SDI cameras from brands such as Sony, Canon, Panasonic, Nikon, Z-Cam, Olympus, Fujifilm and Sigma already announced or shipping.

The variety of camera’s on offer means there is a ProRes RAW camera to suit all applications, whether it’s the incredibly popular and versatile Sony Alpha 7S III, the well-priced Sigma fp or the production workhorses in Sony’s FS series, Canon’s C300/C500 and Panasonic’s EVA1 models the range is already strong with more cameras being announced every month.

Now it’s time for the Sony FX6 to join the list, a move that is made possible with the Atomos Shogun 7 AtomOS 10.43 update which now allows users to record pristine ProRes RAW images at up to DCI 4Kp60. The resulting images have amazing detail and a high degree of latitude to utilize in post-production – optimal for HDR finishing or to give greater flexibility in SDR (Rec.709). 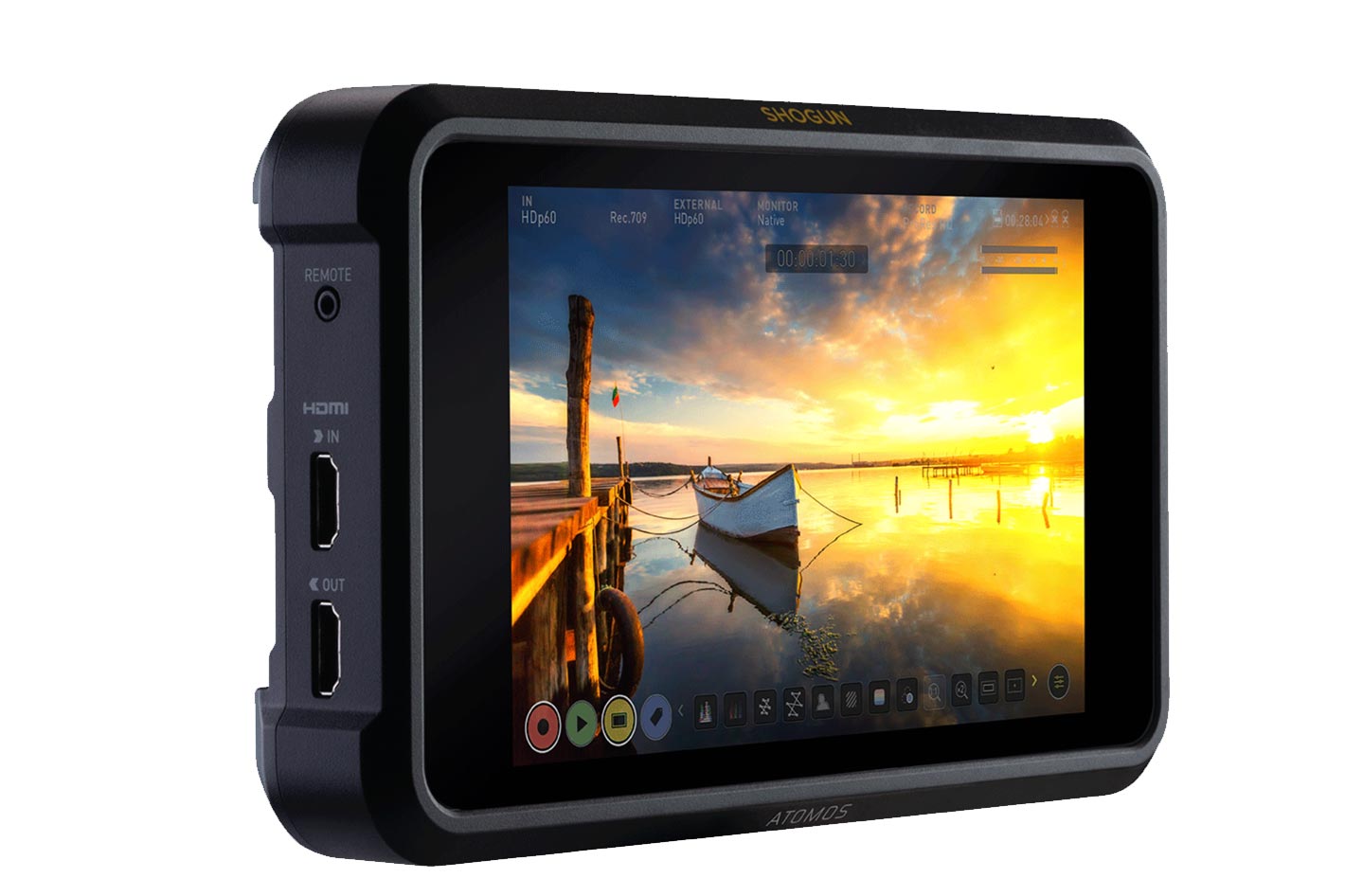 Atomos has shared some information about the combination of the Shogun 7 with the Sony FX6. Here is what the company said:

Recording over SDI from the FX6 to the Shogun 7 extends the performance of the class-leading compact professional camera by taking 16-bit linear RAW data from its state-of-the-art Exmor R CMOS image sensor and recording it in the flexible and efficient ProRes RAW format. Recorded with log 12-bit color depth, corresponding to over 68 billion color graduations. FX6’s standard professional interface of 12G-SDI and SDI RAW output direct from the main camera body allows for a very powerful professional combination when used with the Atomos Shogun 7.

Content creators and filmmakers also benefit from the storage advantage of ProRes RAW, where the codec harnesses the ability to capture 12-bit RAW in the same file sizes as 10-bit 422 standard ProRes. In addition to their groundbreaking combination of flexibility and performance, Apple ProRes RAW files are smaller than other RAW file types – simplifying and accelerating file transfer, media management, and archiving.

Jeromy Young, Atomos CEO, said: “I’m thrilled to be continuously working with the team at Sony to bring this to life and to add another of Sony’s camera to our ProRes RAW ecosystem. The flexibility and convenience of ProRes RAW make the FX6 and Shogun 7 a perfect combination for any filmmaker seeking perfect colors and amazing latitude in post.”

The Shogun 7 is the ultimate 7-inch HDR monitor, recorder, and switcher a true multi-purpose production monitor. Precision-engineered for the film and video professional, it uses the very latest video technologies available to deliver HDR and SDR monitoring you can trust. It features a highly accurate 1920×1200 HDR screen that is 3000nits in Peak HDR and 1500nits in daylight-viewable mode and displays 15+ stops of dynamic. It records to AtomX SSDmini or other approved SATA SSD drives for maximum reliability using proven standards. These are cost-effective with a much lower cost per GB than proprietary memory cards.

The pairing of Sony’s handheld FX6 deserves a flagship monitor to suit. Apart from recording to ProRes RAW the Shogun 7’s portable size lets you monitor, analyze, and tag while on set. The HDR monitor-recorder-switcher is a completely flexible master recording and production station. Add to this, features ranging from asynchronous multicamera switching, a 3000nit screen, improved monitor assist tools, frame guides for Social/CDN production, Dolby Vision playout for HDR delivery, and creators have more power to achieve their creative vision than ever before.

ProRes RAW continues to build momentum in 2020 now with, as noted above, over 20 cameras supporting the Atomos and ProRes RAW combination, cementing its position as the industry standard for RAW video capture. ProRes RAW combines the visual and workflow benefits of RAW video with the incredible real-time performance of ProRes.

The format gives filmmakers enormous latitude when adjusting the look of their images and extending brightness and shadow detail, making it ideal for HDR workflows. Both ProRes RAW, and the higher bandwidth, less compressed ProRes RAW HQ are supported. Manageable file sizes speed up and simplify file transfer, media management, and archiving. ProRes RAW is fully supported in Final Cut Pro, Adobe Premiere Pro and Avid Media Composer along with a collection of other apps including ASSIMILATE SCRATCH, Colorfront, FilmLight Baselight and Grass Valley Edius.