Ideal for independents on a budget, the Atomos Shogun 7, an all-in-one device for monitoring, recording and switching, get multi-camera switching with the most recent update. 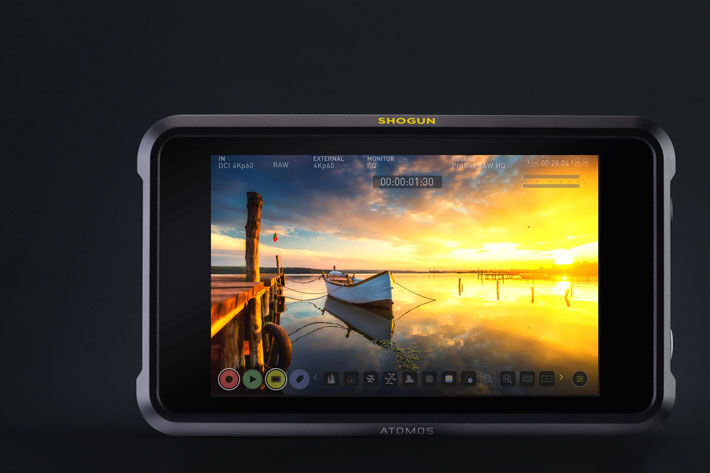 Last November Atomos announced that multi-camera switching and recording was made easier with the Atomos Sumo 19, thanks to the new AtomOS 9.2. Now the company announces the availability of the highly anticipated AtomOS 10.4, and with it the arrival of a new switching update from Atomos for their Shogun 7 HDR monitor-recorder-switcher.

That’s not all, though. The update adds touch-controlled switching, quad monitoring and ISO recording functionality to the Shogun 7. This allows you to accurately switch back and forth between four live HD SDI video streams up to 1080p60. Tapping on an input stream’s window in the quad-view will switch to that source as the program feed – which is then output via HDMI, SDI, or both simultaneously. You can record all four streams, with the switched program output as a fifth stream. This is all done asynchronously, without the need for genlocked sources.

The streams are all recorded to the same high performance SSD drive and can be ready to edit moments after the shoot has finished. Each is recorded as a separate ISO in either Apple ProRes or Avid DNx, providing post production with creative advantages and the convenience of having multiple, synchronized camera angles when they come to craft the story in the edit suite. 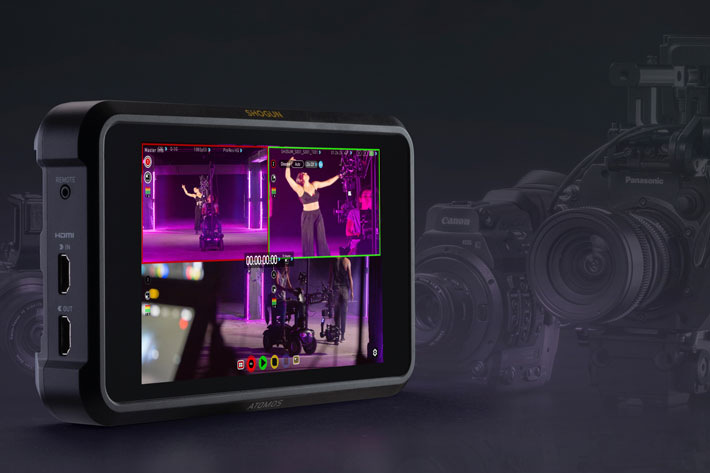 All input switches are recorded in metadata with a choice of transition type. Once you’ve finished capturing your streams, simply import the resulting Apple Final Cut XML file along with your ISOs into your NLE and the timeline automatically populates with all the transitions in place.

Audio is also taken care of: every ISO can record the 2-channel embedded digital audio from each source, as well as analog stereo channels coming into the Shogun 7 (via optional XLR breakout cable). The program stream always records the analog feed and can switch between audio inputs for the on-camera audio to match the switched feed. 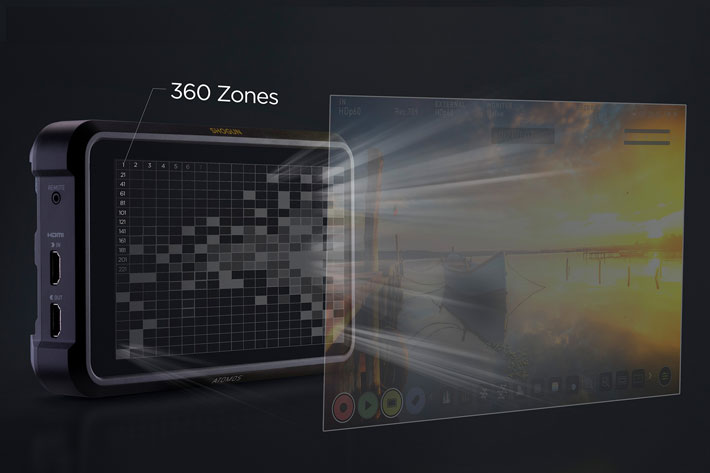 The affordable price point of the Shogun 7 means that whether you have an indie budget, or the backing of a much bigger production, you now have the access to an easy to use, portable, all-in-one device for monitoring, recording and switching.

Jeromy Young, CEO of Atomos said: “This latest update takes the Shogun 7 – a product that costs less than $1500 – to a whole new level by giving an extremely powerful, new storytelling tool to our customers. This switching update is absolutely fundamental in driving forward Atomos’ goal of democratizing video content creation. With live switching now available to any filmmaker, on a simple-to-use, touchscreen device, we’re taking multi-camera video out of the purely professional domain and giving every content creator access to this more engaging form of storytelling. “With this update now out there to download, we’re very excited to see how creatives will use this to give even more depth to their productions and also to see the bottom-line impact for businesses of adding this new dimension to their content.”

AtomOS 10.4 is available now as a free download from the Atomos website. This replaces the earlier limited beta and users of that version should update to AtomOS 10.4.