3D is dead, 3D is back. We’ve seen it before, and now Acer says it’s alive and kicking, thanks to SpatialLabs, which delivers delivering stereoscopic 3D experiences in a new, intuitive way. 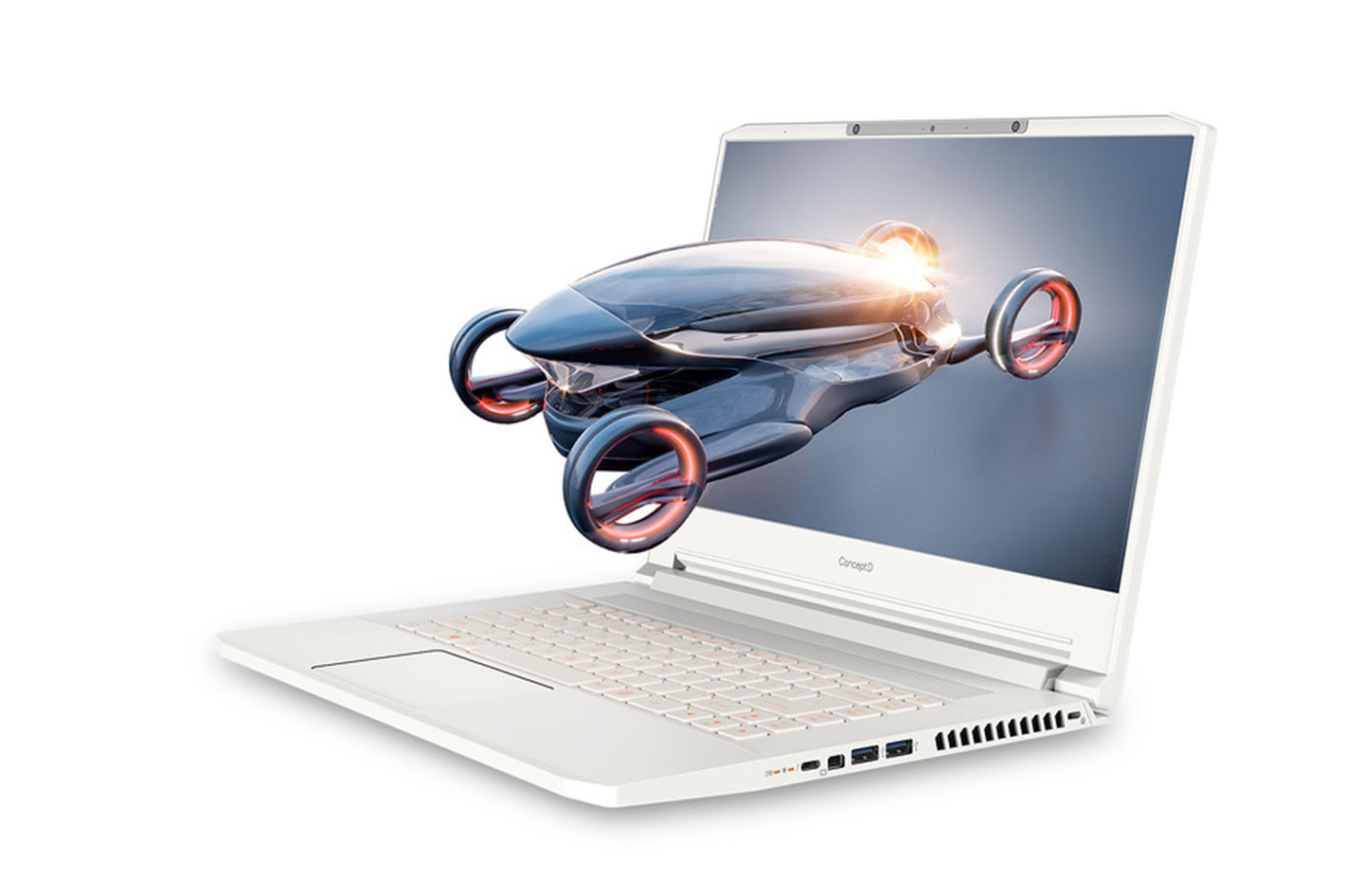 Acer believes 3D is back. The company announced SpatialLabs, which offers floating content on a notebook screen, viewable without the need for glasses. Interested applicants should contact Acer.

Acer announced its SpatialLabs on ConceptD, empowering creators with stereoscopic 3D. If it sounds a bit like something from the past… well it isn’t. According to where you look, 3D is either dead or alive. In 2011 there was a lot going on, with Nvidia introducing Lenovo’s IdeaCentre PCs and monitors with built-in, stereoscopic 3D webcam, Nintendo showing portable entertainment in 3D without the need for special glasses and other examples, like 3D TV, but they did not last longer.

Recently, 3D has mostly lived in Virtual Reality, where you need a headset, which makes for a great experience but is not as widespread as some hoped, although the use of VR headsets its growing. VR headsets are also, as we’ve showed here at ProVideoCoalition, the path to enjoy 3D movies at home, and do so in a big – virtual – screen.

But 3D is not dead and last October we revealed here at PVC Sony’s Spatial Reality Display (SR Display), said to offer designers and creators in film the means to bring ideas to life in stunning 3D displays, without the need for special glasses or HMDs. The new display, Sony announced then, was used in the upcoming Ghostbusters film, “Ghostbusters: Afterlife,” scheduled for release in November 2021. 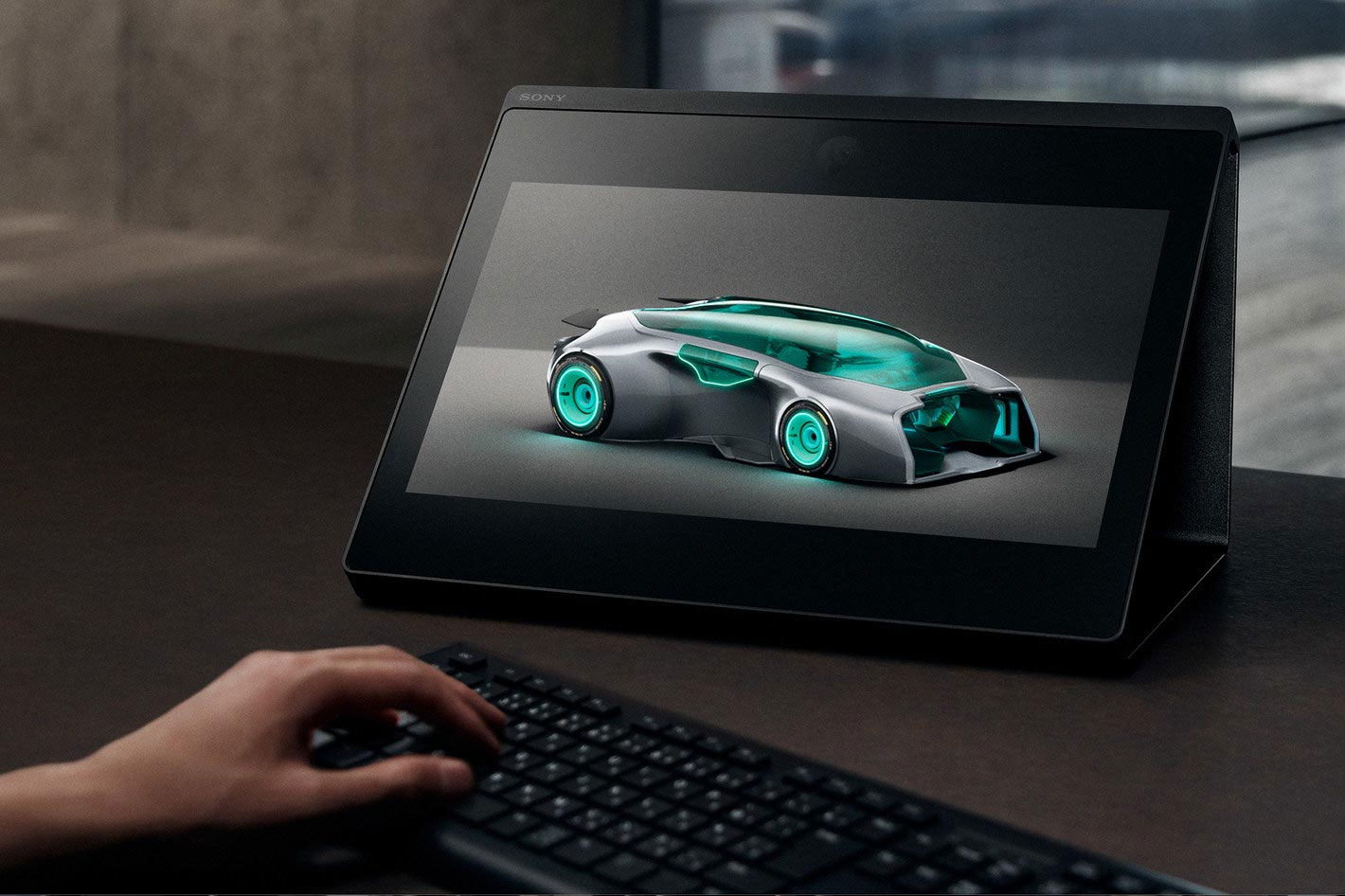 Sony’s Spatial Reality Display (SR Display) was first shown to attendees at the Consumer Electronics Show in January of 2020, but last October the company announced it as available for sale… if you’ve $4,999.99 to buy the display, that does not require virtual reality glasses or any other type of headset. You do need need a powerful computer to use it. Sony recommends an Intel Core i7-9700K @3.60GHz or faster, and a graphics card such as NVIDIA GeForce RTX 2070 SUPER or faster.

Now Acer introduces its own solution, but not on a monitor. The SpatialLabs, which is part of the Acer ConceptD family for creators, is a notebook. First introduced in 2019, the high-end  Acer ConceptD family is optimized for content creators, from filmmakers to graphic designers, The lineup includes desktops, notebooks and monitors. A Windows Mixed Reality headset was also announced but Acer has not shared any more news regarding its WMR solution.

The SpatialLabs is, according to Acer, “a suite of experiences empowered by cutting-edge optical solutions plus display and sensory technologies that bring the virtual world to a more physical dimension, delivering stereoscopic 3D experiences in a new, intuitive way. Content literally floats in front of the screen, allowing creators to examine their creations in real-time and 360 degrees—without the need for specialized glasses.”

Acer also announced the SpatialLabs Developer Program for Unreal Engine developers interested in presenting projects with SpatialLabs. Those enrolled in the program will receive a ConceptD SpatialLabs prototype notebook, the first realization of the new experience.

“Building on our commitment to creators through ConceptD, we’re excited to introduce SpatialLabs, the next step of Acer’s efforts to enable immersive experiences,” said Jerry Kao, Co-COO, Acer Inc. “SpatialLabs enhances 3D designers’ current workflow, so they can focus their time and resources on the creative process. For developers, SpatialLabs empowers them to create astonishing experiences in various verticals through our support for Unreal Engine.” 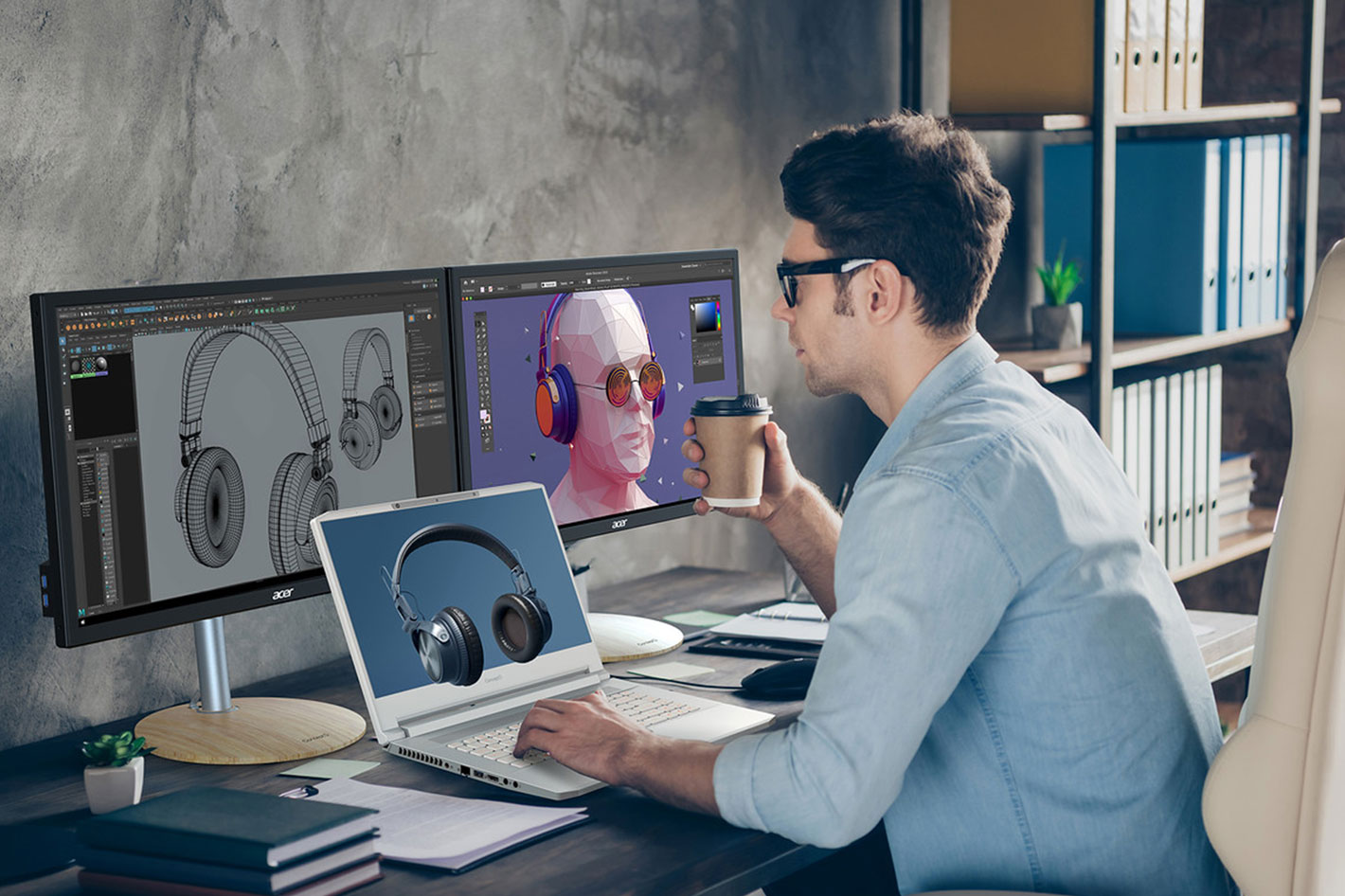 The SpatialLabs experience is created through the combination of an eye-tracking solution, a stereoscopic 3D display and real-time rendering technologies. The eye-tracking solution consists of a stereo camera set, located on top of the device, and tracks the position and movement of a user’s head and eyes. The display of the ConceptD SpatialLabs prototype notebook to be provided to participants of the developer program consists of a UHD 2D panel with a liquid crystal lenticular lens optically bonded on top of it, together forming an innovative module that can be switched back and forth between 2D and stereoscopic 3D views. 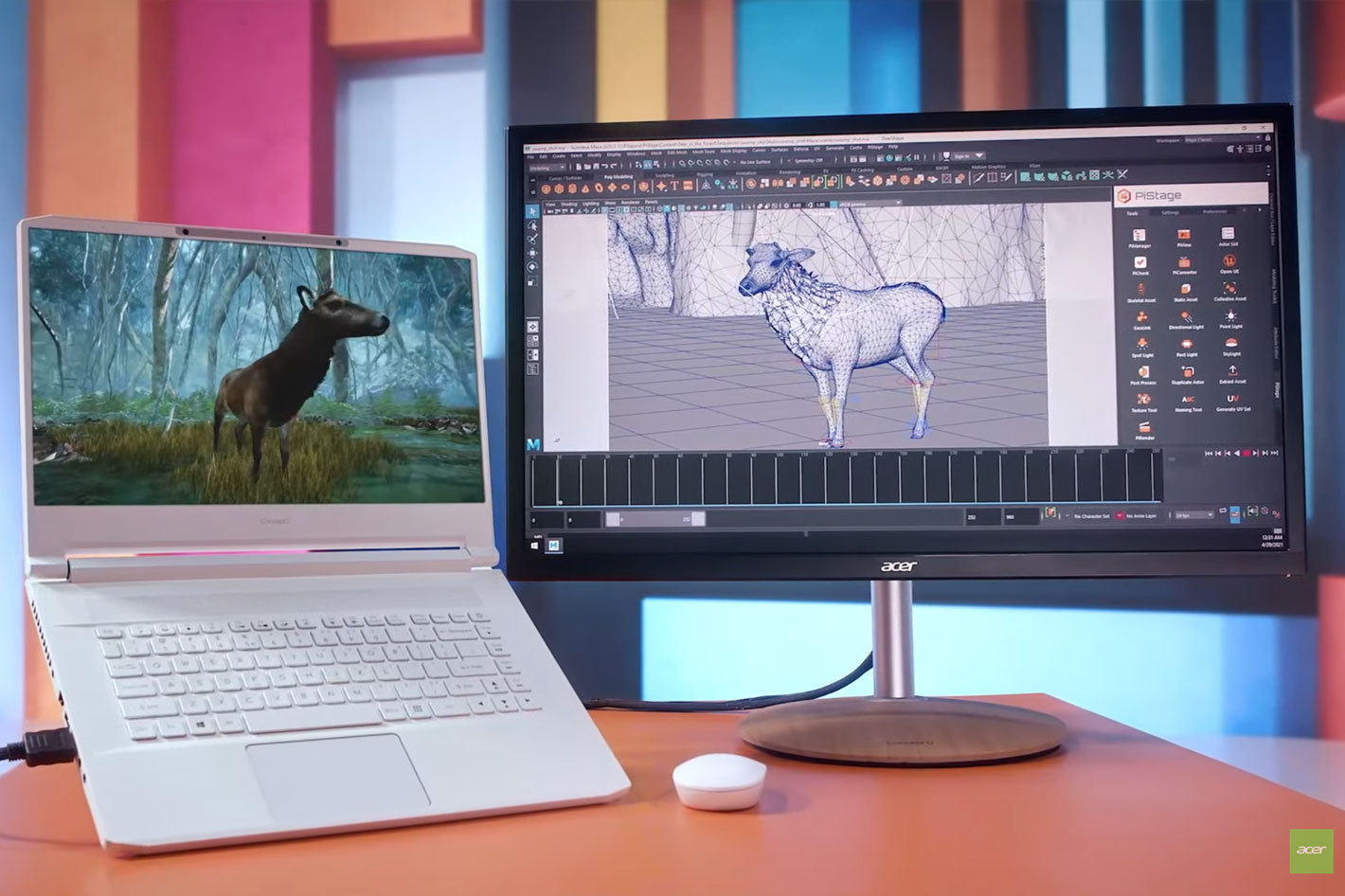 In combination, this allows graphics processing technology to display a different image to each of a viewer’s eyes, creating a stereoscopic 3D effect that allows content to float in front of the screen. Real-time rendering technologies allow creators to interact with 3D models when using applications in the SpatialLabs Experience Center, to review their creations in real-time, enhancing the design workflow, and to present interactive and immersive projects—all in stereoscopic 3D. 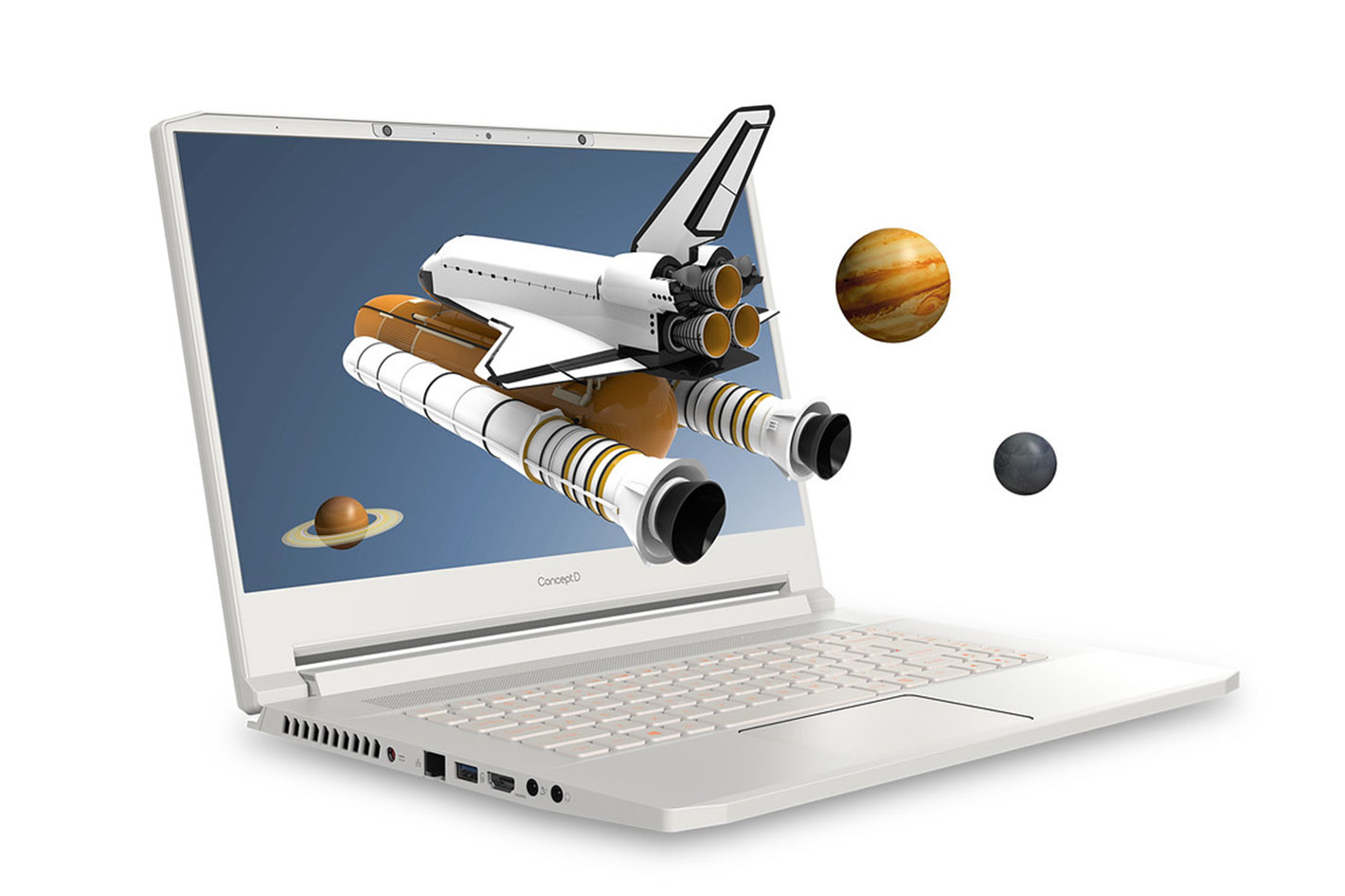 Creations that float off the screen

This suite of technology is revolutionary for creators who work with 3D content. Designers typically work on 2D displays that provide only limited information about the depth of a 3D object or scene. SpatialLabs empowers creators with the ability to see their projects come to life in real time.

Traditionally, artists had to make multiple sketches from different angles to ensure that their characters were proportioned correctly. Computers improved on this process, but as it is difficult to judge 3D proportions on a 2D screen, much was still left to a designer’s judgment. The SpatialLabs Model Viewer eliminates this limitation by providing an additional dimension for designers to work with, right out-of-the-box: an intuitive 360-degree perspective in which models can be rotated, moved, or even dragged out of the screen, allowing all angles to be considered. Even when considering a model from the same angle, more information is available in a stereoscopic 3D representation than a 2D one.

Being able to see their creations in stereoscopic 3D at a 1:1 ratio speeds up the process of finding issues and ensuring that a 3D design matches their original concept design. For example, product designers can use the SpatialLabs Model Viewer to get an idea of what the item they are making will look like before investing the time and resources to print or tool it. Additionally, functions like the ability to change a model’s HDRI background allow them to be presented in a natural, realistic environment. This means that managers and team members are able to provide clearer feedback at each stage of a project, and customers can more easily visualize an item to ensure that it aligns with their expectations. 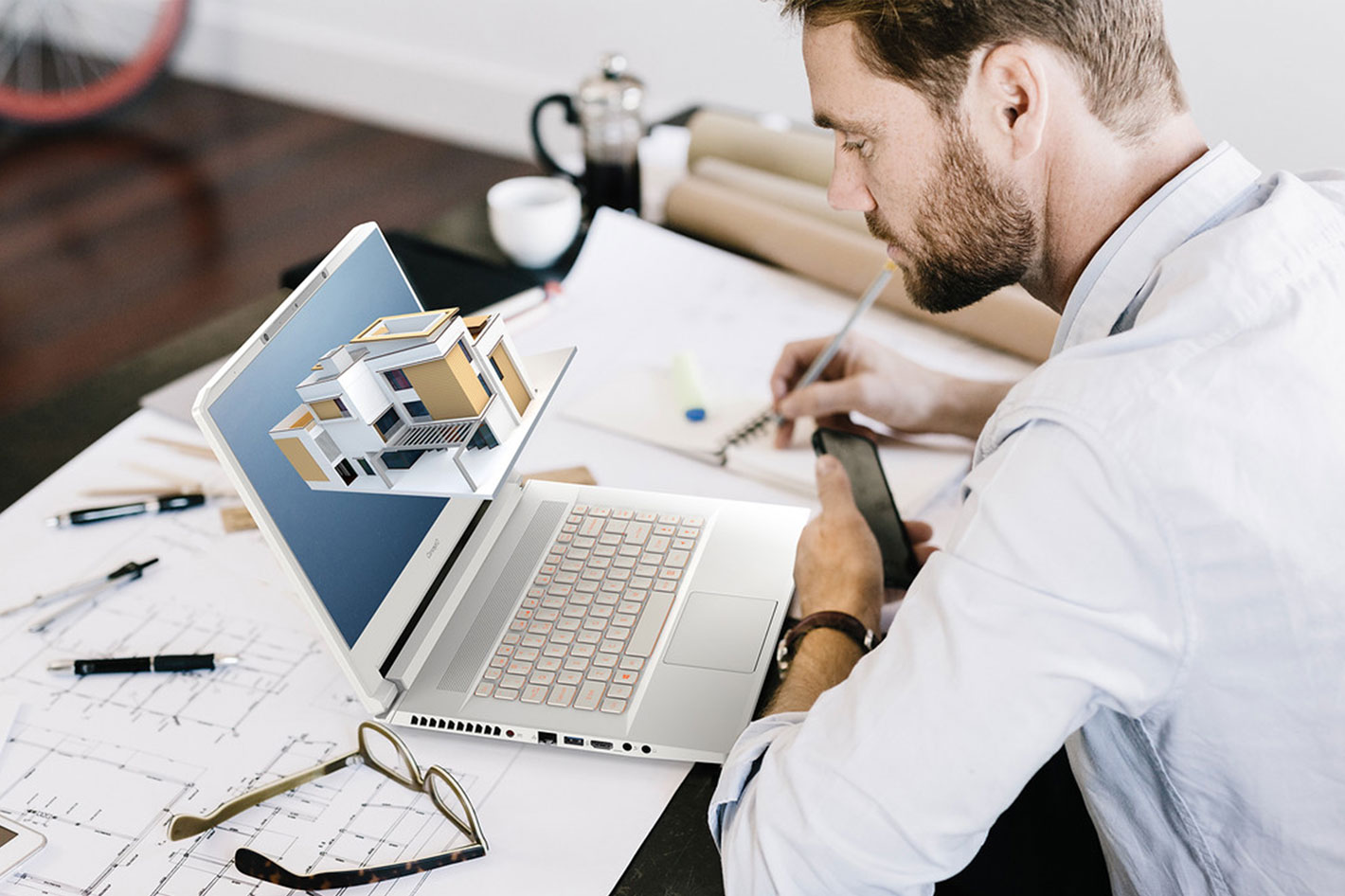 The ConceptD SpatialLabs prototype notebook’s display is set to 2D mode by default, enabling the device to be utilized as a normal notebook computer. Upon launching applications in the SpatialLabs Experience Center, stereoscopic 3D mode will be automatically switched on. 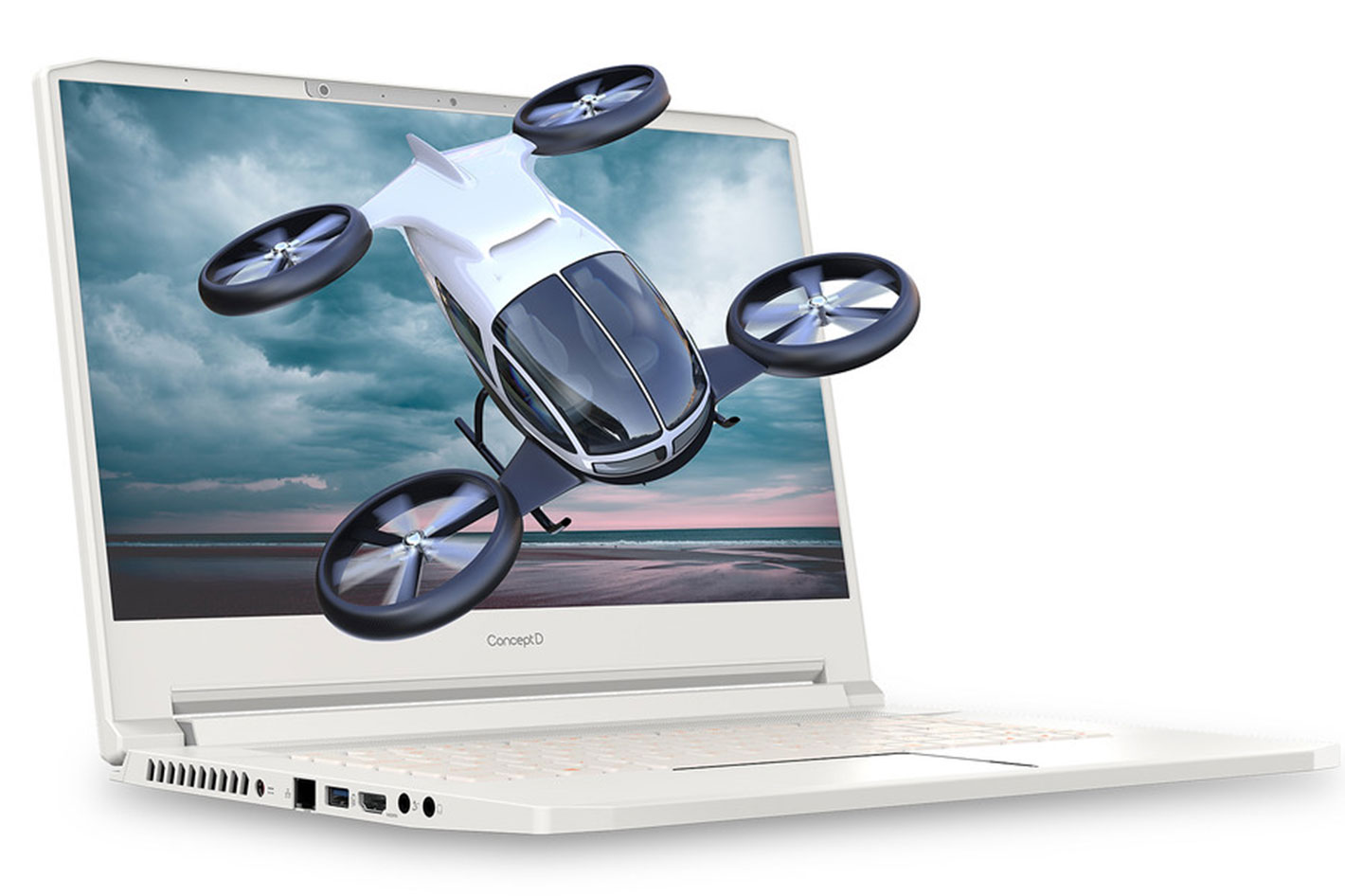 SpatialLabs also supports Unreal Engine, a real-time 3D tool that gives creators the freedom to realize their visions, empowering developers and teams to collaborate and iterate faster than ever before with no compromises in quality or scalability.

“Our team is excited about the possibilities with the new ConceptD SpatialLabs prototype notebook and their SpatialLabs Developer Program,” said John Buzzell, the Lead of Enterprise Business Development at Unreal Engine. “When your innovative content and applications combine with the latest in visualization, you get an experience that’s immersive, accessible and engaging.”

To help turn their imagination into reality, Acer will provide those admitted to the program with a ConceptD SpatialLabs prototype notebook for a period of three months—totally free of charge, freight included. Accepted applicants can use the provided device to create projects in Unreal Engine, and in exchange, the applicant should allow Acer to demo and exhibit these project(s) for one year. User feedback and an interview will also be gathered during the creation process for purposes including product development.

Interested applicants can apply here. Application closes on June 30th, 2021, after which point successful applicants will be contacted.