Sony’s new SR Display is a solution to bring creators’ designs to life, and the new display was used in the upcoming Ghostbusters film, “Ghostbusters: Afterlife,” scheduled for release in 2021. 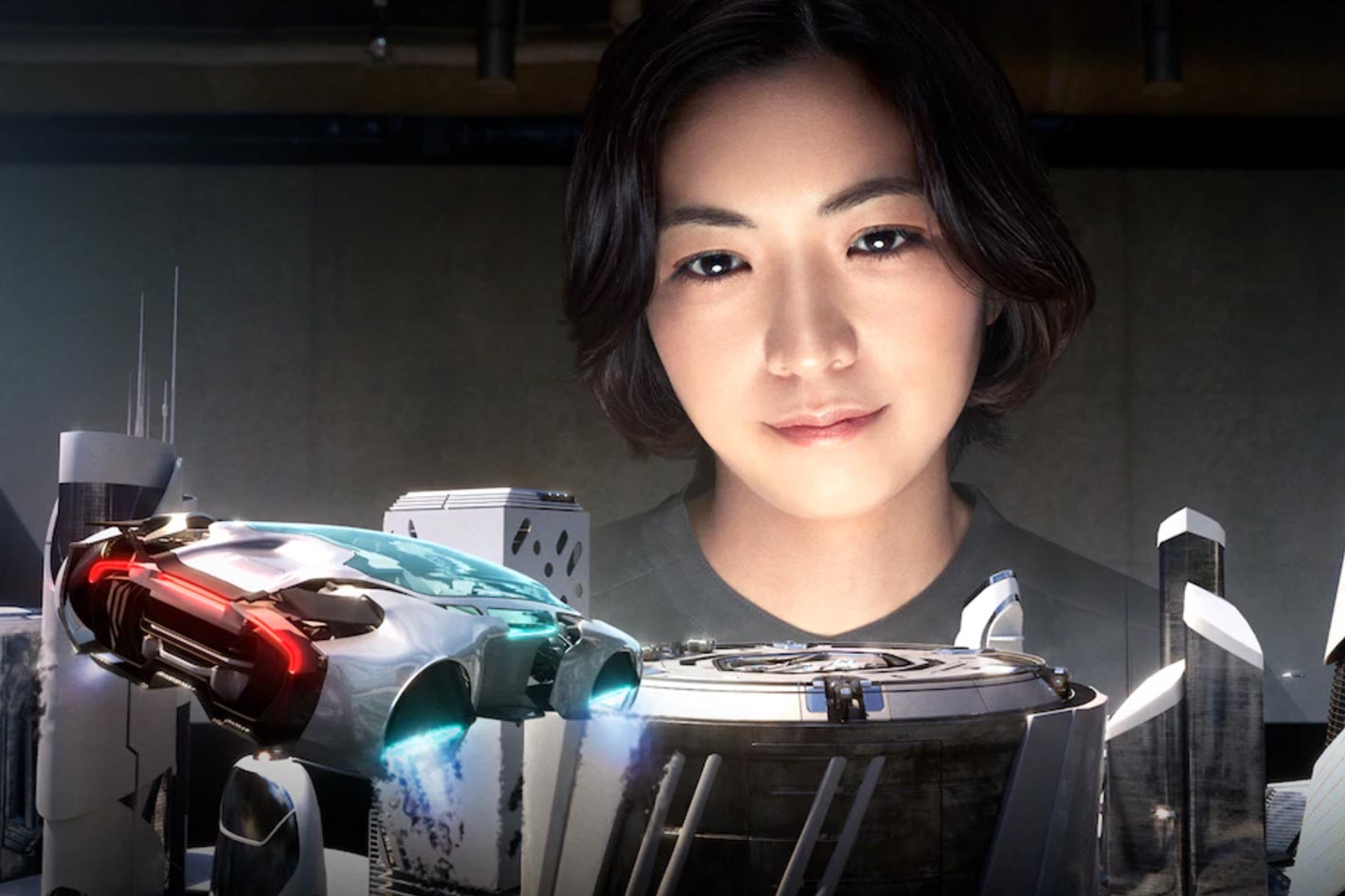 Sony announced the Spatial Reality Display (SR Display), said to offer designers and creators in film the means to bring ideas to life in stunning 3D displays, without the need for special glasses or HMDs.

Sony first showed the new Spatial Reality Display (SR Display) to attendees at the Consumer Electronics Show in January of this year, but now the company has it available for sale… if you’ve $4,999.99 to buy this display that does not require virtual reality glasses or any other type of headset. You also need a powerful computer to use it. Sony recommends an Intel Core i7-9700K @3.60GHz or faster, and a graphics card such as NVIDIA GeForce RTX 2070 SUPER or faster.

While it is obvious that this does not mean that 3D TV is going to return – if it ever was here! –  it is also true that these technologies have a place and a market. Sony Electronics says that the SR Display, made with Sony’s award-winning Eye-Sensing Light Field Display (ELFD) technology, “enables creators across a variety of industries, from automotive and industrial design, to Computer Graphics (CG) and Visual Effects (VFX) designers and creators in film to bring ideas to life in stunning 3D displays.”

“We’re excited to bring the world’s best technology to bear, moving the design and creation industry forward, particularly as the shift to digital has become so pronounced,” stated Mike Fasulo, president and chief operating officer of Sony Electronics North America. “This technology drives new versatility, allowing us to advance an entirely new medium and experience for designers and creators everywhere.” 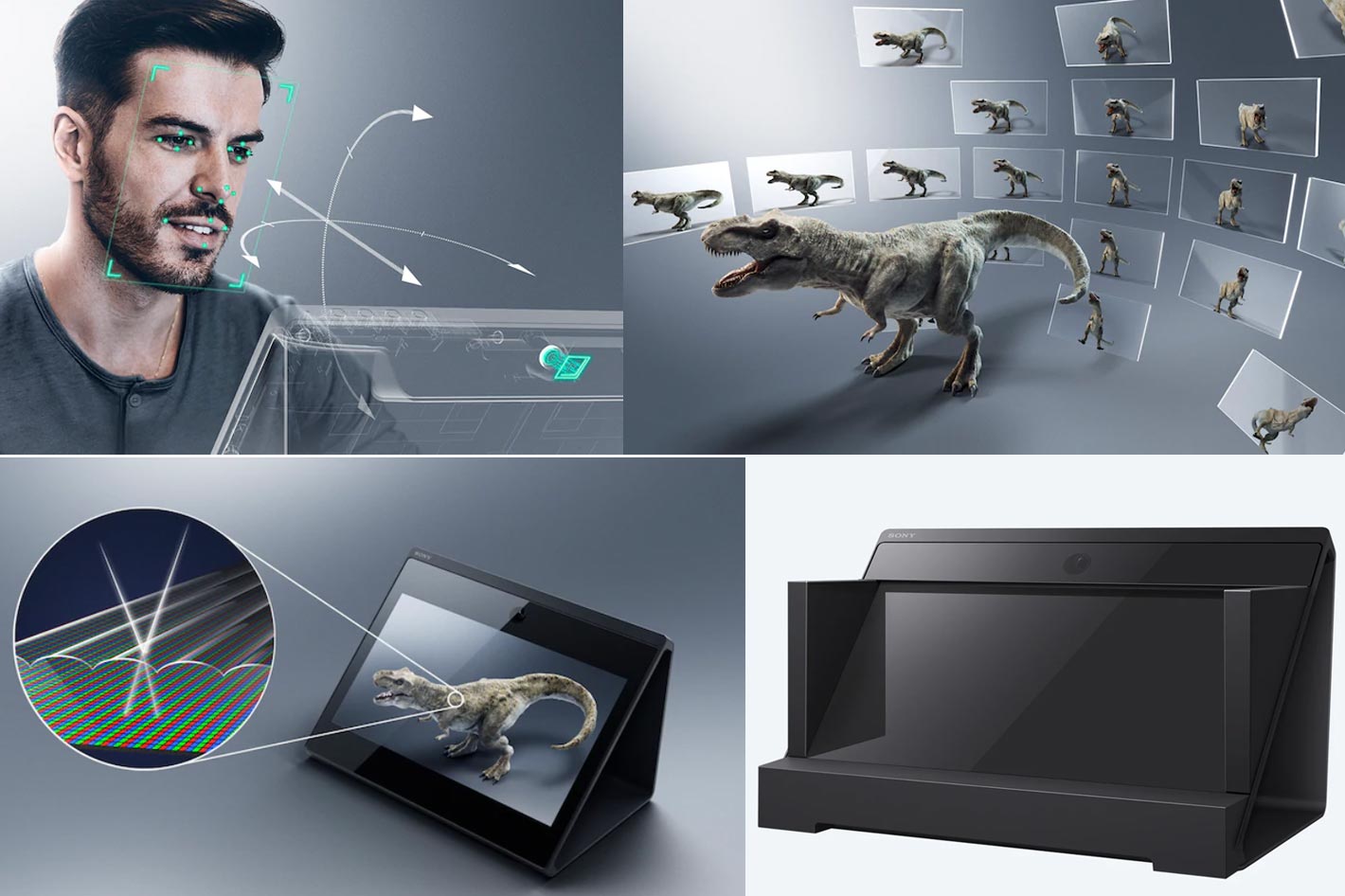 The technologies in the Spatial Reality Display

Sony claims that all you need are your eyes to experience this “extraordinary 3D image quality”. The company says that the SR Display uses spatial reality to combine the virtual and physical world, and creates an incredible 3D optical experience that is viewable to the naked eye. This is made possible by several technologies:

Sony’s dedicated SDK makes it easy for designers to create content for the Spatial Reality Display. The SDK is compatible with industry-standard tools Unity and Unreal Engine, so creators can work within an already-familiar production environment, and can be used to develop interactive applications in gaming, VR, construction, and automotive design. The SR Display developer site has more info.

Sony says that “for filmmakers, graphic artists, engineers and product designers in corporate and industrial settings, the cutting-edge 3D visual technology of the SR Display delivers a futuristic, yet highly practical visual experience, where detailed colors, textures, contrasts and brightness fuse, to form a new medium for image, character and product design and visualization.” The company adds that “for example, in the automotive industry, there is potential to integrate the product early on in the new vehicle design ideation process, improving quality, speed and the tangible nature of the concepts themselves.”

“At Volkswagen, we’ve been evaluating Sony’s Spatial Reality Display from its early stages, and we see considerable usefulness and multiple applications throughout the ideation and design process, and even with training,” commented Frantisek Zapletal, Virtual Engineering Lab US, Volkswagen Group of America, Inc. “We’re excited to continue blazing trails and collaborating with Sony to find practical use cases for this innovative product at Volkswagen.”

To highlight the capabilities of this “cutting-edge technology”, Sony Electronics collaborated with Sony Pictures Entertainment and Columbia Pictures subsidiary Ghost Corps on the upcoming Ghostbusters film, “Ghostbusters: Afterlife,” scheduled for release in 2021. The collaboration focused on using the Spatial Reality Display to bring both familiar and new film characters to life, through the groundbreaking visual medium. 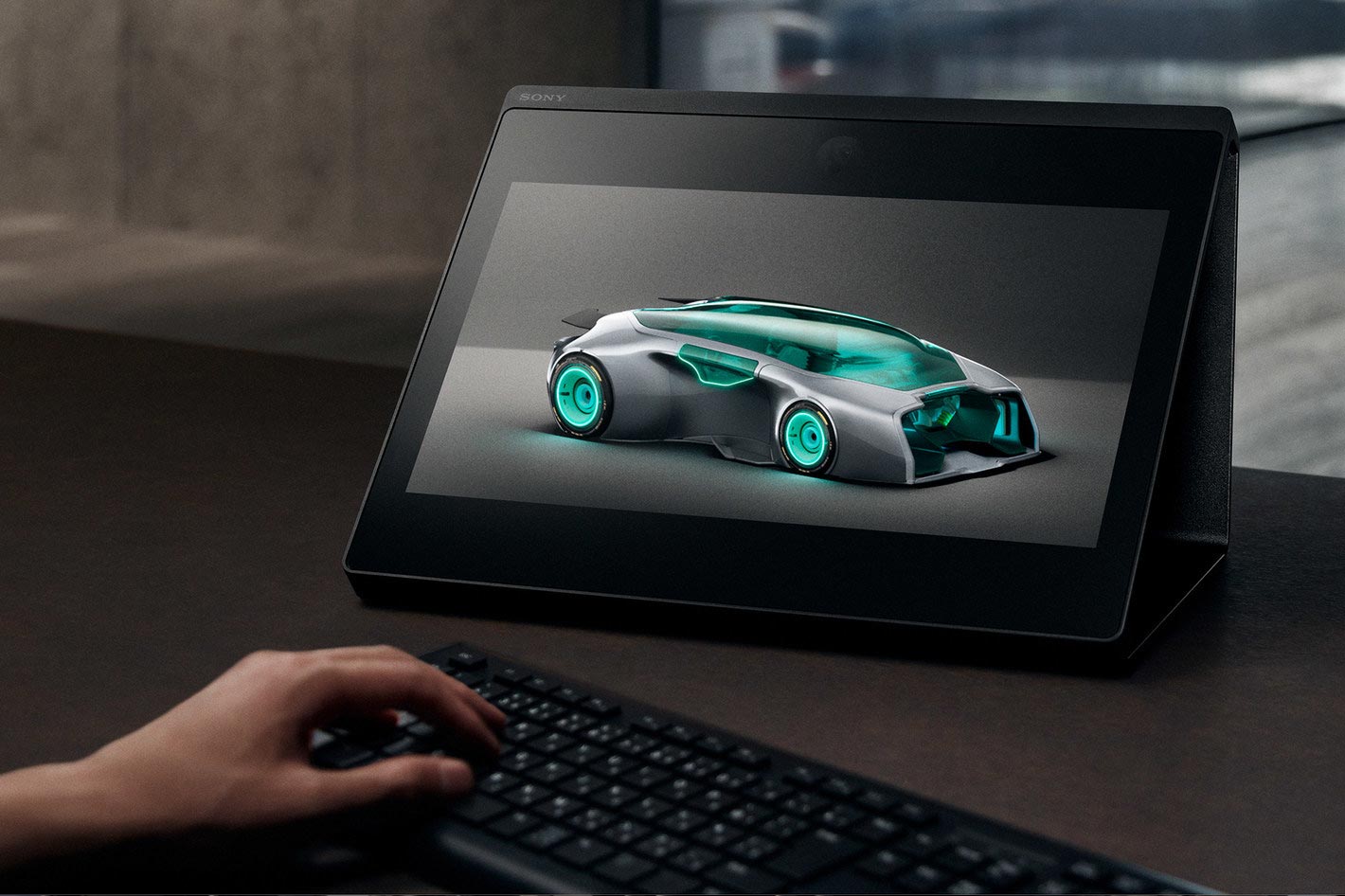 From pre-visualization to 3D modeling

“We have been working with the Sony team to bring Ghostbusters characters and assets to life using Sony’s Spatial Reality Display,” noted Eric Reich, brand and franchise executive at Ghost Corps. “Moving forward, we could see potential benefits from pre-visualization to 3D modeling. The display offers a new approach to visualizing concepts and characters, making understanding the finished product that much easier.”

You may thing that this is something new, but you’re wrong. In fact, ProVideo Coalition mentioned, on June 14, 2019, a live demonstration of another 3D solution, the world’s first holographic desktop display, by the Looking Glass Factory, during that month’s meeting of the Society of Motion Picture and Television Engineers. The event, under the title “Building Truly Immersive Experiences: Are You Ready for the Holodeck?”, hosted a panel discussion by representatives of companies that are founding members of the Immersive Digital Reality Alliance, IDEA.

Although companies like Stream TV Networks continue to suggest that their technology Ultra-D can bring 3D to the living room, the reality of the market does seem to suggest otherwise. The Sony Spatial Reality Display, although 3D, is aimed at a completely different market, as are the holographic solutions from Looking Glass Factory. In the end, for a real immersion in 3D, nothing beats what Virtual Reality offers, even if wearing a helmet may not contribute to make the experience comfortable for many.

One thing is true, though, and I do speak from experience: once you try Virtual Reality, you’ll want to add it to your platforms to discover the world of storytelling. There is no real immersion looking at a screen, even 3D, because as soon as you gaze elsewhere the magic is gone. Not in VR, and Head Mounted Headsets like the upcoming HP Reverb G2, which is both light and has excellent resolution, may help to attract more people to the experience of VR. Which is just another platform or means to reach an end, like the Sony SR Display is.

If you’re curious about the Spatial Reality Display and want to know more, Sony will be hosting a virtual demo of this product on October 22, 2020 at 12pm PT for creators to see how the product works and to ask questions. If you are interested in attending the demo, please follow the link to register.

As noted earlier, the Sony Spatial Reality Display has a suggested retail price of $4,999.99 USD and $6,649.99 CAN. It will be available to order on Sony’s direct e-commerce site and other retailers in November.