Photographing Autumn with a smartphone after having done it with a DSLR reveals the challenges the small devices pose. It also forces you to learn how to get the best photos, despite the limitations. 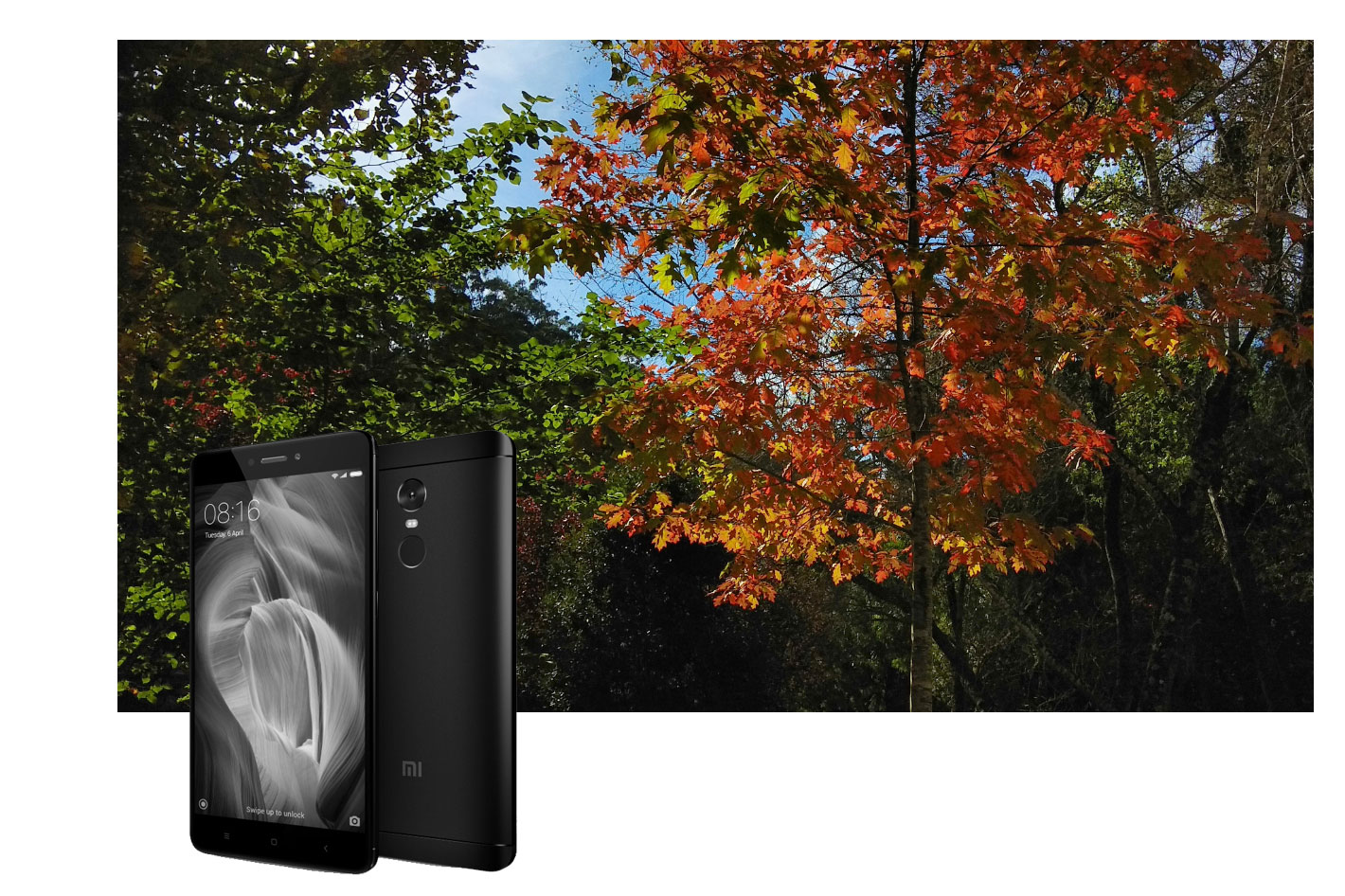 With computational photography and so many other technological advancements, will smartphones replace your DSLR or mirrorless? For some people they already have, but where do you stand?

Back in the early 2000, when a smartphone brand, popular at the time, announced its smartphone camera would rival professional cameras, I could not resist to write one article for the photography magazine I published then, stating it was not true. We lost a client and a one-year ad campaign… but I do not, to this day, regret being on the right side of the truth.

The question continues open today, and from time to time we see smartphone companies claiming their new smartphone can surpass real cameras. There is no doubt that smartphone cameras have killed most entry-level compact models, both because they are getting better all the time, and because of convenience: having a device that connects you to the world and lets you capture the world around you and share it almost immediately, is hard to beat. Also, the old saying fits right in here: the best camera is the one you’ve with you.

With the evolution of computational photography, which improves the capabilities of a camera and introduces features not available, in some cases, in regular cameras, smartphones have moved forward at a speed that allows ordinary people to capture fantastic images. It’s true that to get the best smartphone cameras you still have to pay more than you’ll pay for some compact cameras, but smartphones continue to evolve and with the promise of real optical zooms reaching 200mm and beyond, photographers and videographers of all levels will be tempted to try them. 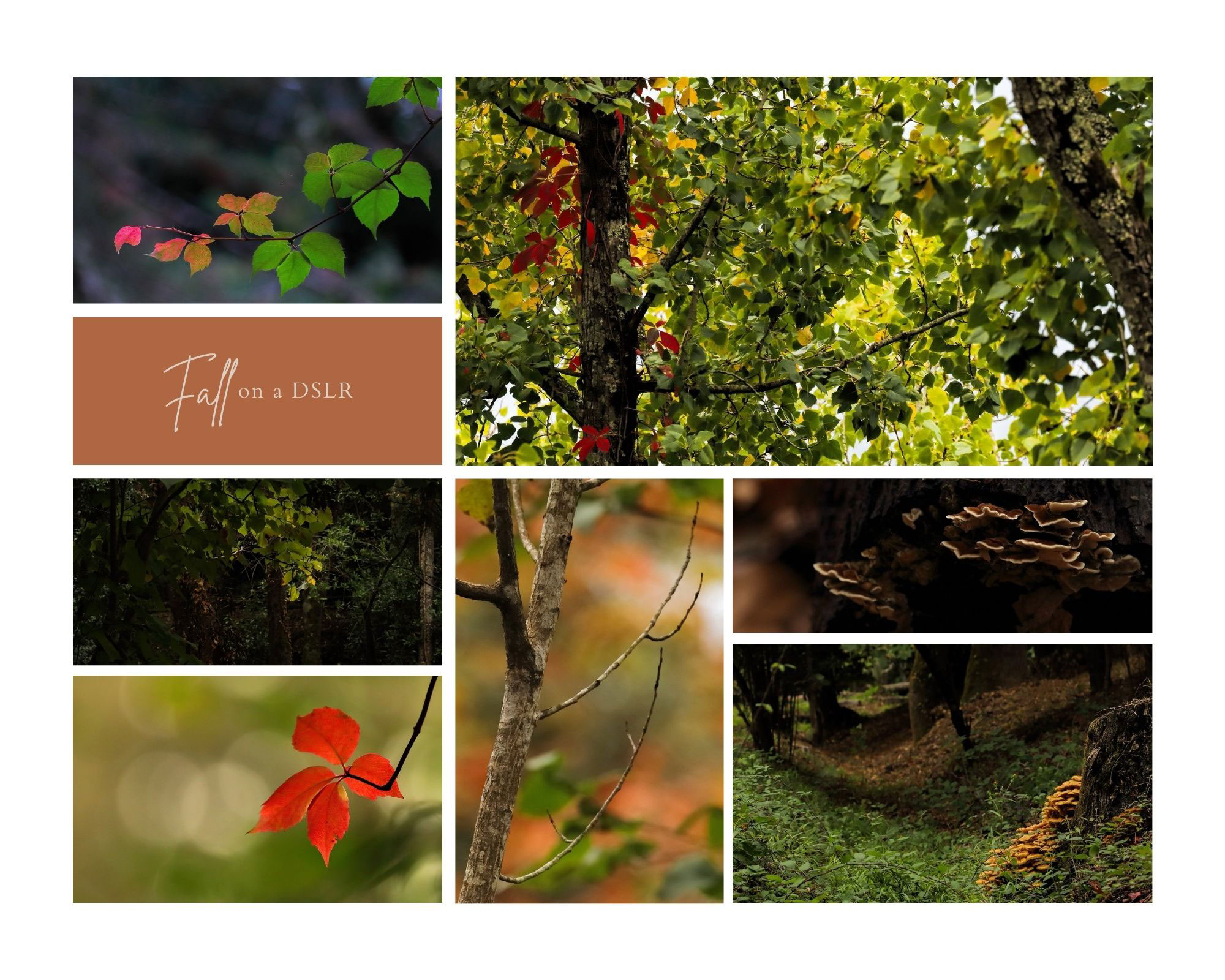 This year I decided to shoot Autumn, at a spot I visit regularly, using a smartphone, to better understand the challenges, and following the notion that “the best camera is the one you’ve with you,” I used a Xiaomi Redmi Note 4 from 2017, which is my… smartphone. With a 13 MP, f/2.0, camera and a 1/3.1″ sensor with PDAF (phase detect autofocus), the smartphone is by no means a modern device, but when GSMArena reviewed it, the site mentioned that “13MP camera shoots fine photos, with average detail, but good dynamic range, contrast, and colors” and added that “1080p videos came with average detail and dynamic range, poor sound, but great contrast and colors.”

My younger son, João, has a more recent model from Xiaomi, and I feel some envy looking at the photographs he captures, but I am OK with the Redmi Note 4, which I’ve used before when scouting locations and for a subject which attracts me, with particularly good results: flowers. Yes, smartphones in general are good at close-ups, and some modern versions even have macro, something I intend to try when I get my hands on such a device.

Now that I’ve, somehow, set the stage, it’s time to compare images. Make no mistake. Although some of the images on this page, from a 24MP APS-C DSLR and a 13MP smartphone may look good at this size, when you open them at full-resolution you’ll notice the difference. With the DSLR I used a 100-400mm (or 160-640mm due to the crop), mostly at its longest focal length, while on the smartphone I am limited to a lens around 30mm, when compared to 35mm, but it’s not just a matter of composition, it’s also a matter of resolution. 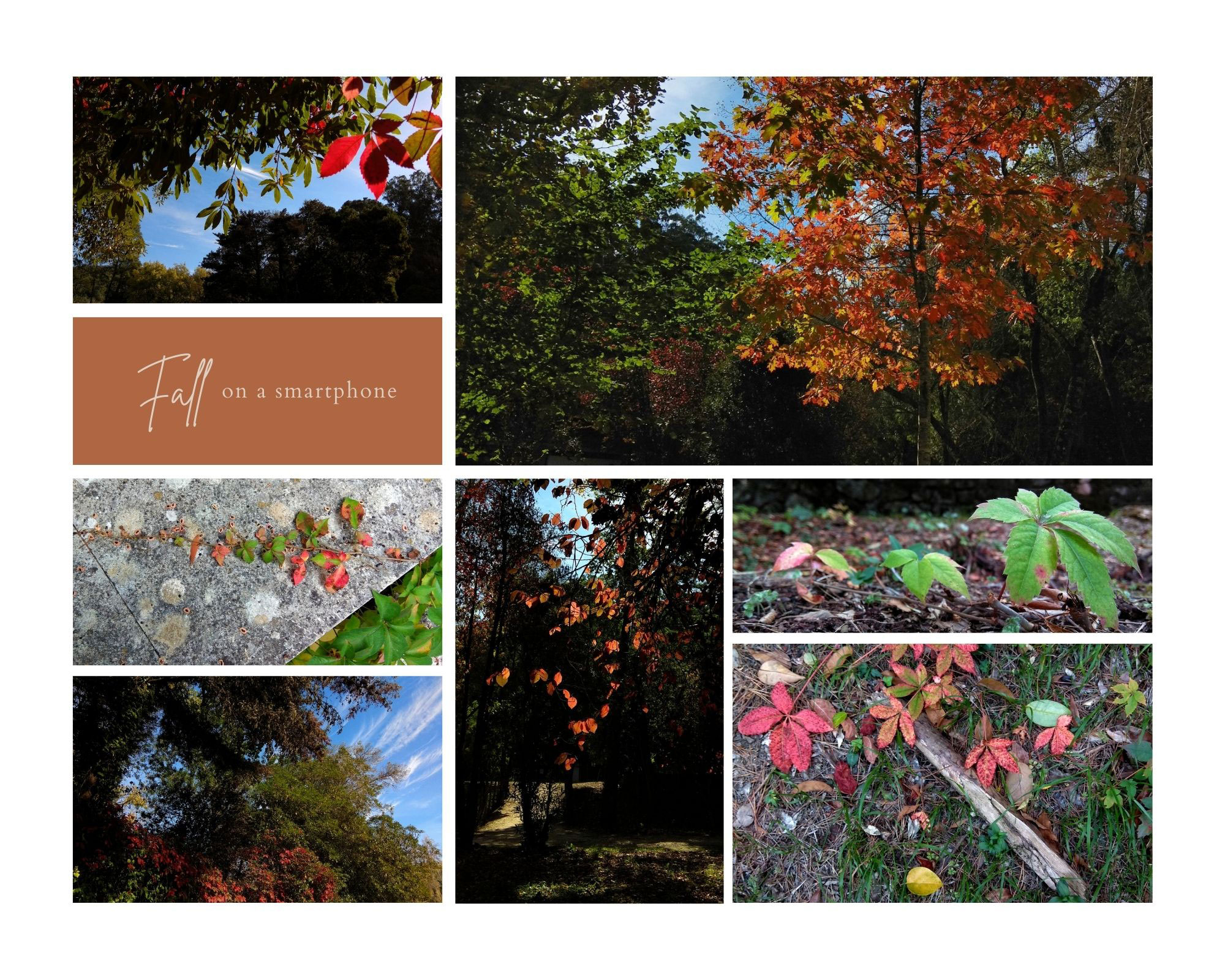 Look at the world in a different way

So, limited in resolution and focal length, you’ve to learn to live with those two barriers and do the best you can. Rule number one: don’t use your smartphone zoom – unless you’ve a 48, 64 or 108MB sensor, which allow for some cropping – or you’ll get pixelated images, without much detail. Photographing Autumn at the same area I’ve covered with a DSLR and other real cameras only armed with a smartphone, you quickly learn one thing: you need to adapt to the focal length you’ve and seek new compositions.

If you’re an experienced photographer – and videographer for that matter – the knowledge you’ve acquired will certainly help when using a smartphone. We all have accepted challenges like going out with a single lens and do the best images we can with it, and the same logic applies here. So, I decided to forget all about my preference for long zooms and shoot with a 30mm lens. You’ve not just to find new compositions, you’ve to make them work within the hardware limitations such a device poses.

When shooting with a smartphone you’ve to look at the world in a different way and build your images considering both the lenses you have and the level of detail you’ll be able to get from the device. If you’re into pixel peeping, a smartphone may not be the best camera for you to use, because it is more about capturing images to share than to enter a contest for “which pixels are best.” In this case, it is a better to go for the whole forest instead of the individual tree… unless you’re doing close-ups, where, usually, smartphones can do a rather excellent job. It does not compare with a true macro lens, but it works! 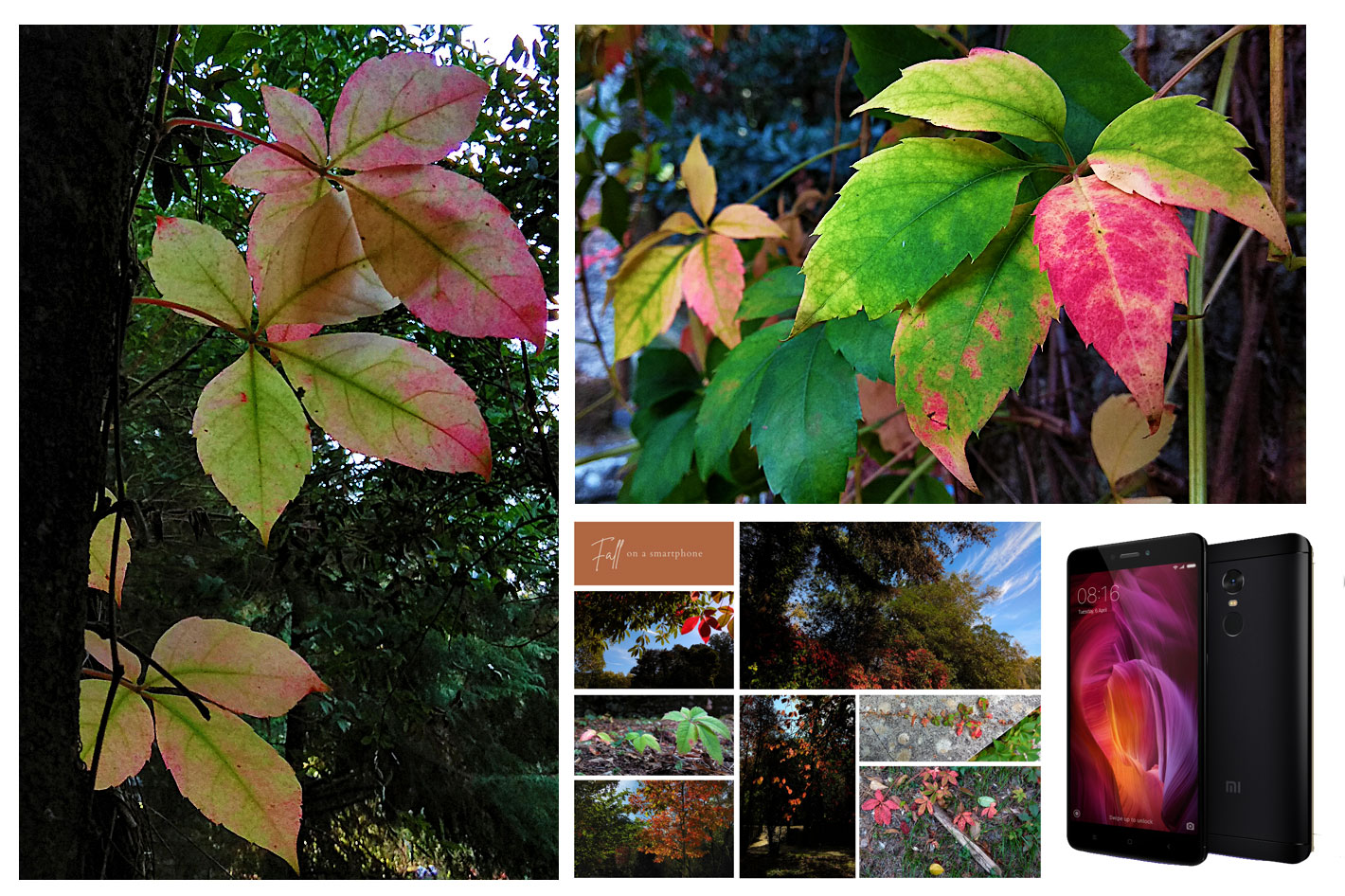 It’s not a DSLR versus smartphone competition

The Autumn selection – collage – I created for this article shows what I suggest: go for color, shapes, a shareable set of images that has emotion and depicts both the place as a whole and details that tell the story. On purpose I created two almost similar layouts, one with images captured with a DSLR and the other with the smartphone. The two examples show the different approaches needed in terms of device used. Start from there and go wherever your heart takes you!

One collage is not necessarily better than the other, and I can use both to share my Autumn experiences at the same location. Yes, the original DSLR images are better, but photography is not always about resolution, or even detail. Photography should also be about sharing experiences and, for many people, sharing their own view of the world. And that applies whether you’re a seasoned professional or an amateur just starting.

If all you want to do is to share memories with others, a smartphone does the trick, and if you understand the limitations, there are also ample creative options you can explore. As I noted above, the more you know about photography, the better you can “tame” a smartphone. And that applies for everything from the framing limitations to exploring the apps used to capture the image. In that sense, using at smartphone is not much different from using a compact camera with automatic modes; there, too, you must find ways to make them work so you get the results you are after. 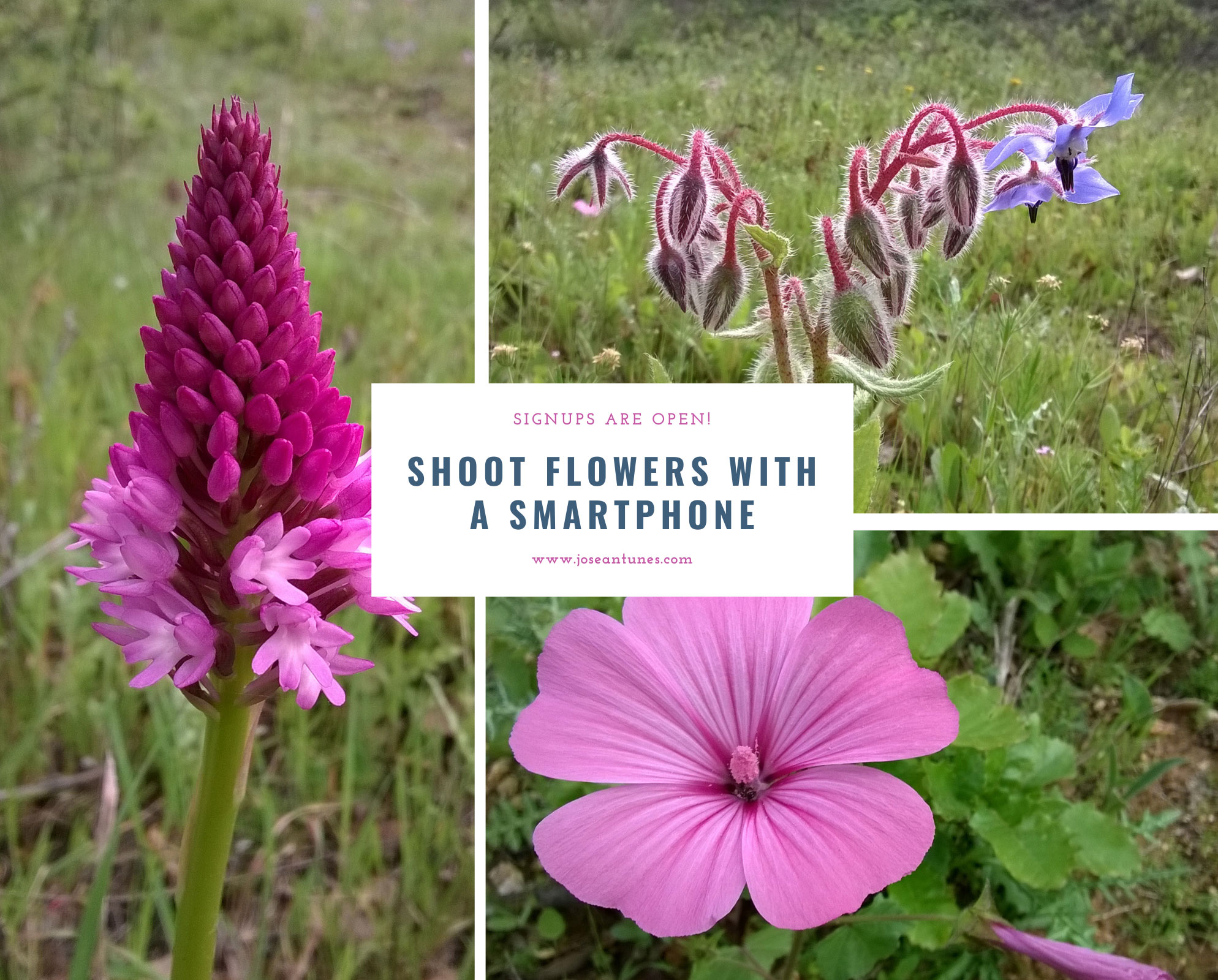 In fact, some of the modern smartphones offer more creative options in terms of exposure than many compact cameras from the past, even though they are rather limited in terms of aperture. The popularity of smartphones also explains why there are less entry-level DSLR cameras or even mirrorless models, suggesting that smartphones have eaten a slice of those markets too. Smartphones are now the most common device used to take photos worldwide and that confirms one thing: the humble smartphone has a place in the imaging world, and it will only get better, as technology evolves and smartphones become more sophisticated and “camera-like” in terms of optics, where they are still lagging.

So, back to where I started; smartphone cameras do not fully replace regular cameras, and I don’t believe they ever will, for many photographers and videographers, but experience in recent years has shown us that they are a tool, another tool, in our creative kits. Sometimes a smartphone is “the best camera you can have” … if you understand what you can and can not do with it.