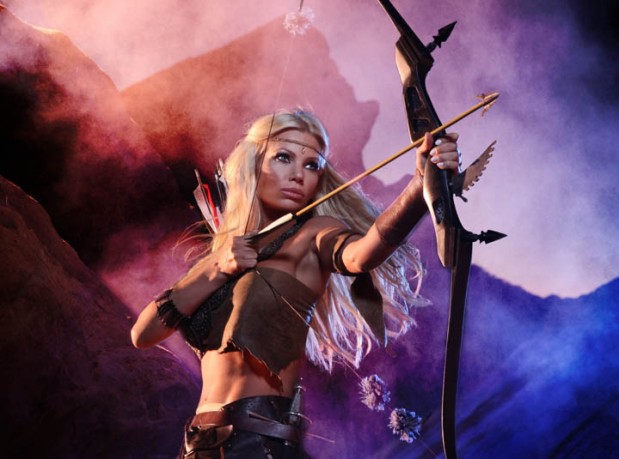 We have been shooting out at Vasquez rocks to day and for our last shot we are going to do a shot of a woman dressed as a warrior princess. We will suspend her on a rig to get her feet off the ground so she can place her feet in a variety of positions that would not be possible otherwise unless she was a master ninja. If you follow The Slanted Lens you will see us use this rig often. We will use an air canon to create an interesting layer of smoke behind the talent. We use an air canon rather than a Rosco smoker because Vasquez rocks does not allow smoke machines. Its a bit of an outdated rule because the new smoke machines are water based and non toxic and leave no residue. Lets see how we broke this image down. 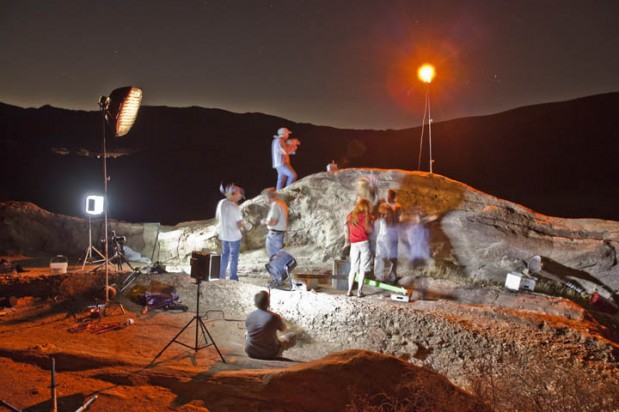 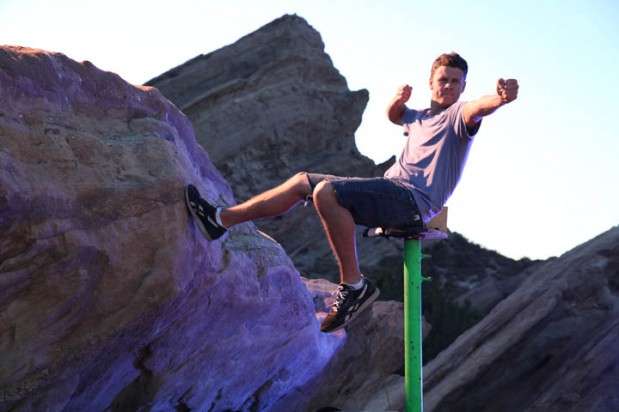 #3 – We placed our suspension structure so she could be pushing off the rock and have the main peak in the background. Its simply a seat that she can sit on that allows her feet to be very mobil. 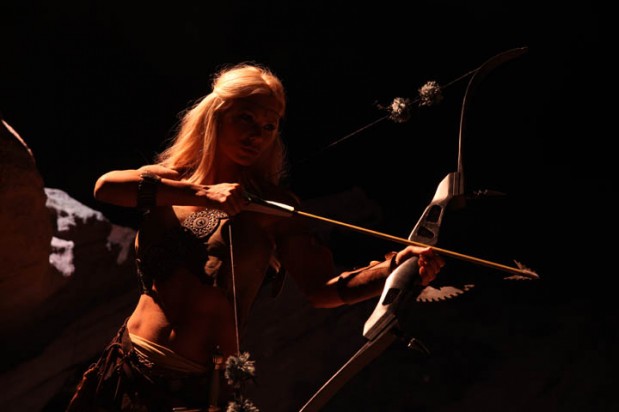 #4 – Our first light we set was a Dynalite head with reflector as a rim light on the top of the rocks on the camera left side. Its slightly behind the subject and has a full Rosco CTO or orange gel. I add a CTO gel when I want to make the BG go blue. I set my color temperature between 3500 to 4000 degrees and it neutralizes the orange light on the subject and makes the ambient light go blue. 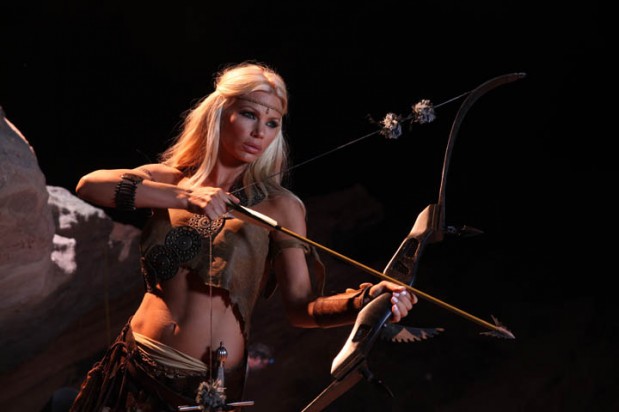 #5 – For our Key light we will add a Photoflex small Octodome with a grid. It also has a rosco full CTO gel. I want the light to be focused on her face and not the surrounding area so I use a grid. 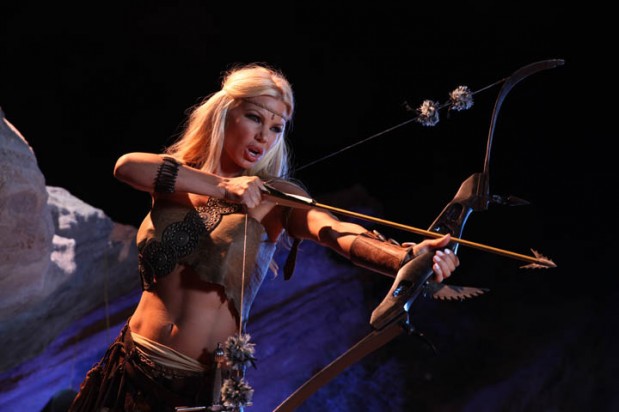 #6 – Now a head with a reflector on the camera right side will light the rocks in the BG and rim her body. This head has a blue gel to add depth and interest to the image. This light will rim her as well as backlight the smoke. 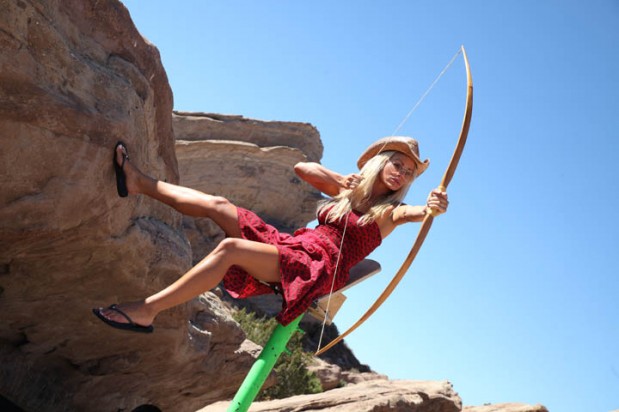 #7 – The air canon will blow dust into the air to act as smoke. Its a slow method but one that works. I would rather use a smoke machine but its not allowed at Vasquez Rocks. 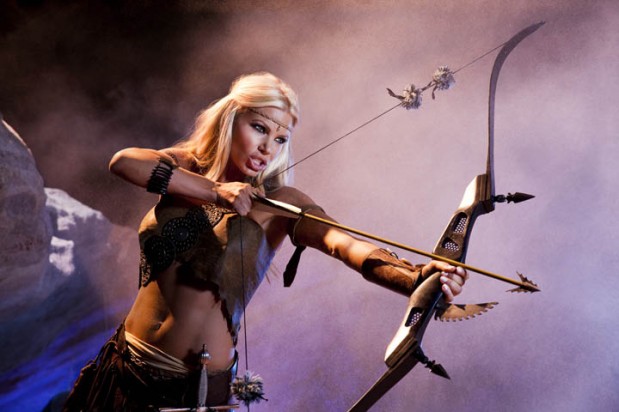 #8 – Here is our final image. She looked great in the setting. Teri Groves form Make-Up Magic did her make-up and Julia Perry got all of the clothing. They did a great job. 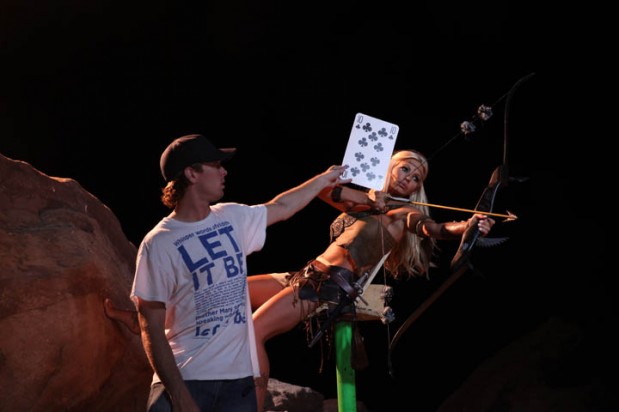 #9 – A little tool box tip here. I carry several large playing cards in my camera bag. I use them to focus on in low light situations. This was one of those times. Every so often I get the card out and check the focus. Its very helpful. 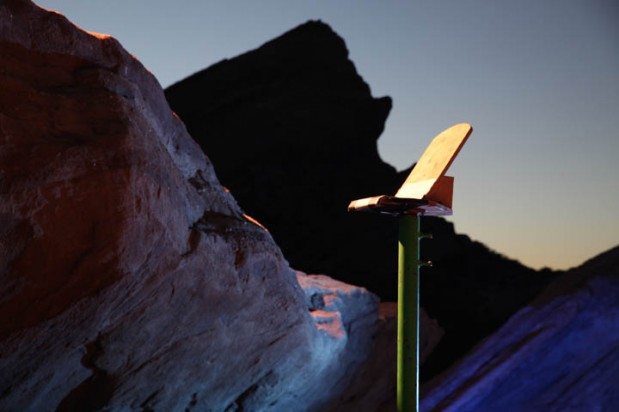 #10 – As the sun was going down I shot some background plates to be composited with the images that we would shoot. This image will be composed with the shot of our talent.

#11 – This is an example of the process. We used the shot of her and the smoke and then in photoshop we added the BG rock. I love the look. Our opening shot was done in this same way. 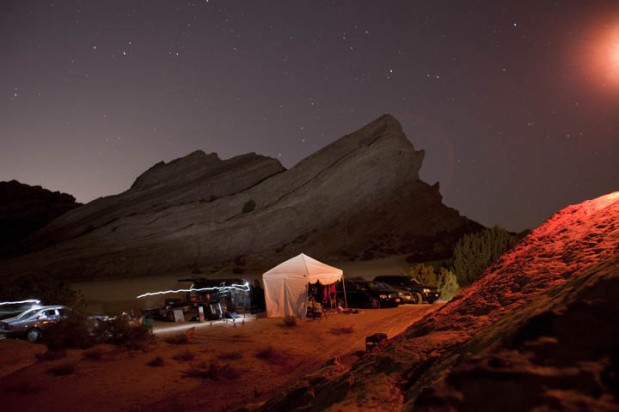 #12 – Here is an overview of our base camp at night. Its cool to see the stars and rock in the BB. It was a cool shoot at a very interesting location. Keep those cameras rolling and keep on click’n!

Special thanks to our sponsors! 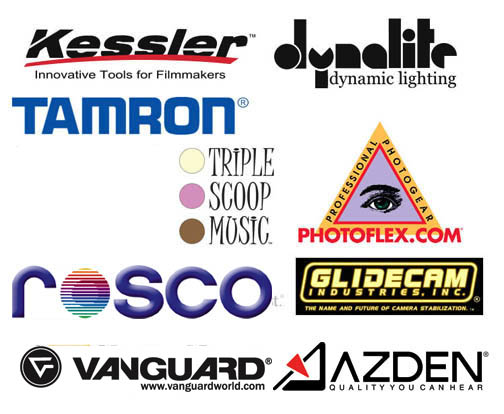