Astronauts from Michael Collins to Scott Kelly, Sally Ride or Anne Mcclain all have reported having experienced the “Overview Effect”, but astronaut Edgar Mitchell devoted half of his life to talk about it. 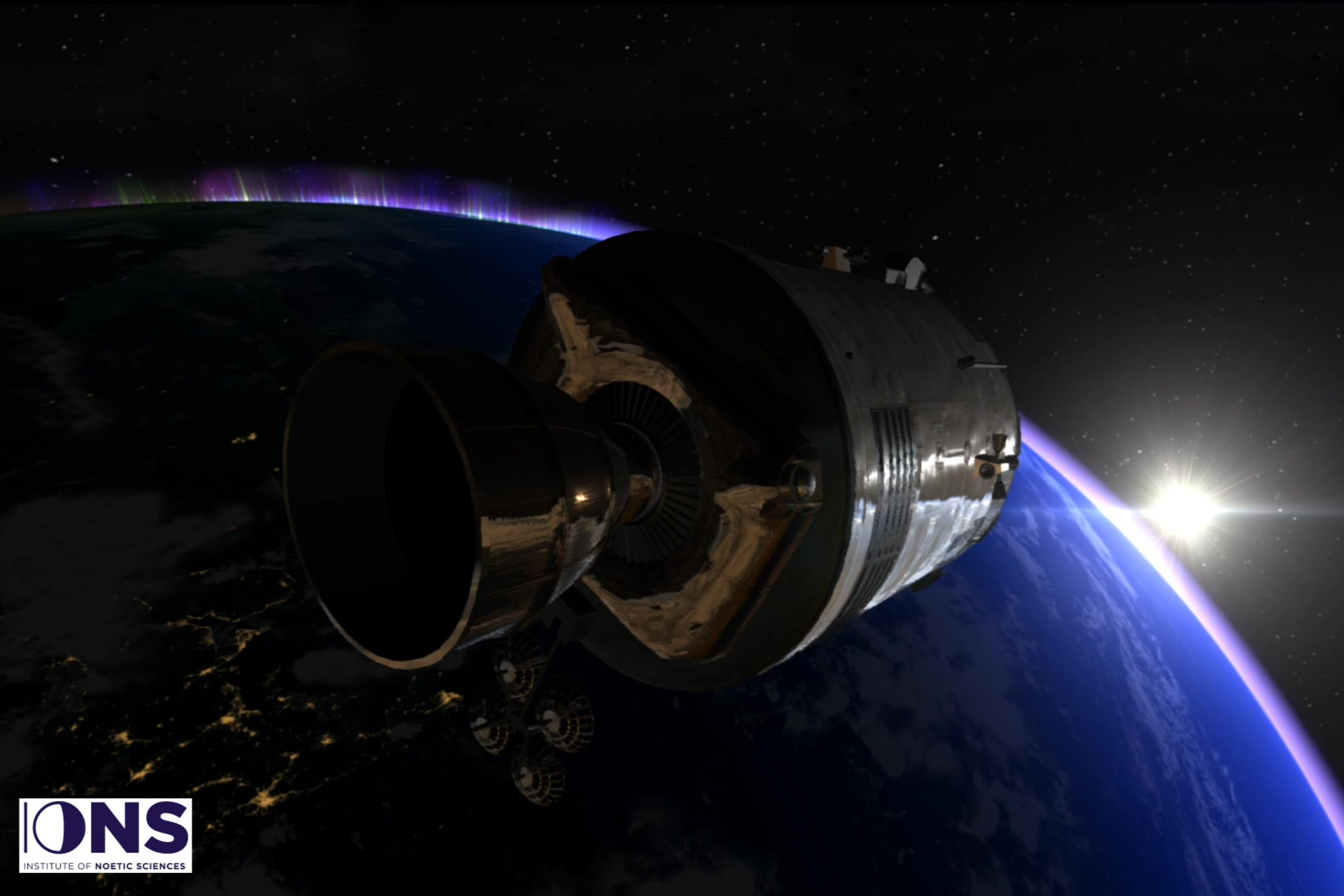 The Overview Effect is a cognitive shift in awareness reported by some astronauts during spaceflight, often while viewing the Earth from outer space. Now you can try to experience it at home, with VR.

Released on November 2020 by the Institute of Noetic Sciences, The Edgar Mitchell Overview Effect VR Experience is a FREE Virtual Reality app that invites you to try a different voyage to the Moon. There are already a series of VR experiences that have the Moon as theme, some of which ProVideo Coalition has mentioned, but this is a different approach, in which you’re invited to to join the Apollo 14 astronaut Edgar Mitchell on his mission to the Moon and into his most intimate moment of connection to life itself.

Edgar Dean Mitchell (September 17, 1930 – February 4, 2016) was a United States Navy officer and aviator, test pilot, aeronautical engineer, ufologist and NASA astronaut. As the Lunar Module Pilot of Apollo 14, he spent nine hours working on the lunar surface in the Fra Mauro Highlands region, making him the sixth person to walk on the Moon.

The Apollo 14 mission is famous for a series of achievements, including the first successful use of color television with a new Vidicon tube, but it’s also the mission that brings to the forefront the “Overview Effect”, a cognitive shift in awareness reported by some astronauts during spaceflight, often while viewing the Earth from outer space. 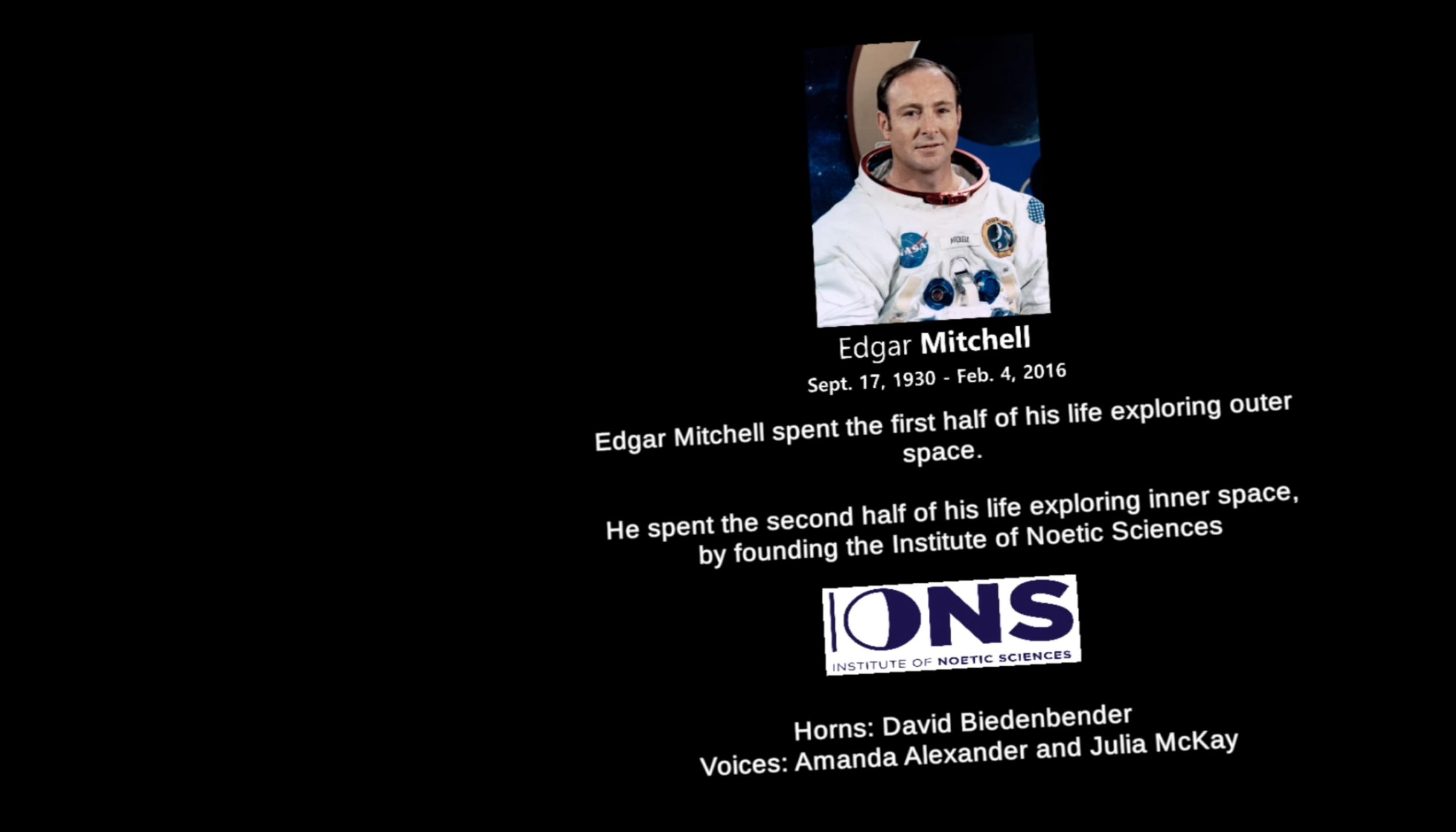 Michael Collins, Apollo 11 astronaut, wrote “The thing that really surprised me was that it [Earth] projected an air of fragility. And why, I don’t know. I don’t know to this day. I had a feeling it’s tiny, it’s shiny, it’s beautiful, it’s home, and it’s fragile.” Edgar Mitchell experienced the feeling while on the Moon. He wrote: “You develop an instant global consciousness, a people orientation, an intense dissatisfaction with the state of the world, and a compulsion to do something about it. From out there on the moon, international politics look so petty. You want to grab a politician by the scruff of the neck and drag him a quarter of a million miles out and say, “Look at that, you son of a bitch.”

On his way back to Earth during the Apollo 14 flight, Edgar Mitchell had a powerful savikalpa samādhi experience (meditation with support of an object), and also claimed to have conducted private ESP experiments with his friends on Earth. The results of these experiments were published in the Journal of Parapsychology in 1971. Two years later Edgar Mitchell co-founded the Institute of Noetic Sciences (IONS), an American non-profit parapsychological research institute. In philosophy, noetics is a branch of metaphysics concerned with the study of mind as well as intellect.

Despite the controversy that may surround some of Mitchell’s beliefs, his experience with the Overview Effect is something shared with other astronauts. Astronauts Michael Collins, Ron Garan, Rusty Schweikart, Tom Jones, Scott Kelly, James Irwin, Mike Massimino, André Kuipers, Chris Hadfield, Sally Ride, and Anne McClain are all reported to have experienced the effect. The term “Overview Effect” and its concept were coined in 1987 by Frank White, who explored the theme in his book The Overview Effect — Space Exploration and Human Evolution (Houghton-Mifflin, 1987; AIAA, 1998). 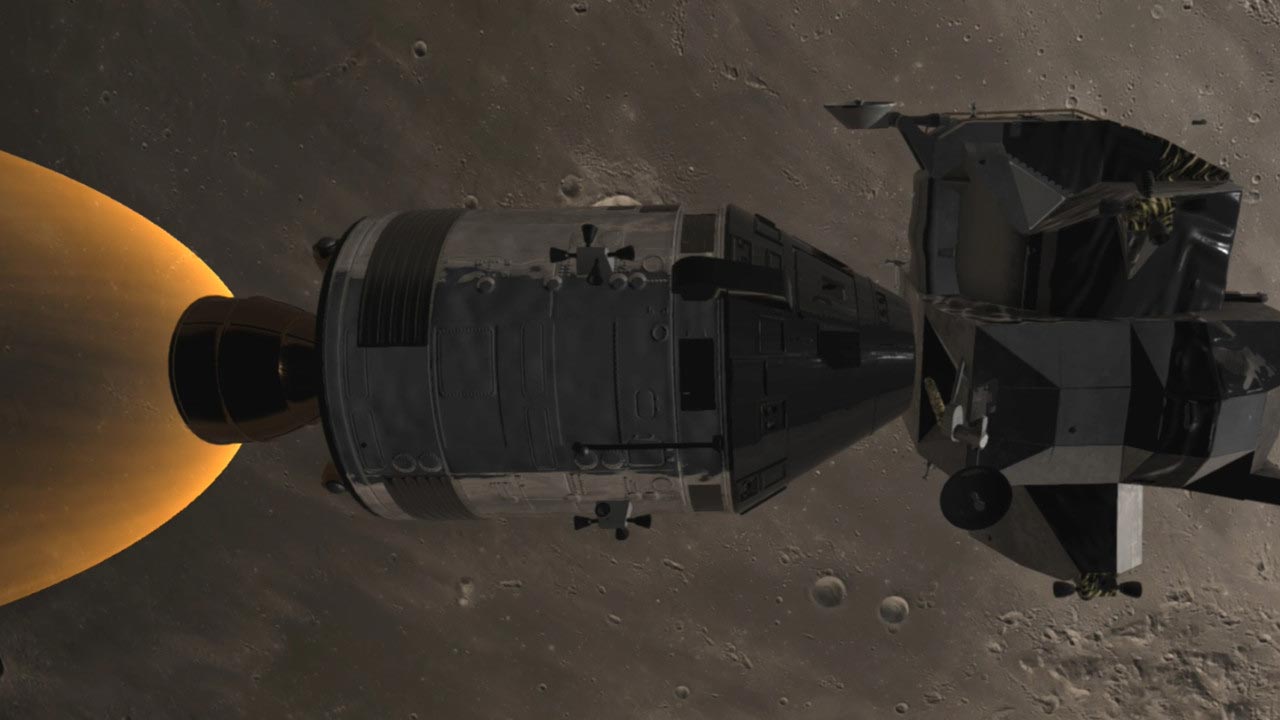 From a short film to the SpaceBuzz project

There is also a short film, Overview, that explores this phenomenon through interviews with five astronauts who have experienced the Overview Effect. The film also features insights from commentators and thinkers on the wider implications and importance of this understanding for society, and our relationship to the environment.

Released by Planetary Collective on the 40th anniversary of the famous ‘Blue Marble’ photograph taken of Earth from space, Overview is a 19-minutes short film documenting astronauts’ life-changing stories of seeing the Earth from the outside, the perspective-altering experience often described as the Overview Effect.

In 2018, the Spacebuzz project, started by the Overview Effect Foundation, was created so “children around the world can also get to experience the Overview Effect”, an experiment that ProVideo Coalition covered in 2019, when the SpaceBuzz rocket landed in Washington D.C. The revolutionary VR-education program project, aimed at children aged 10-12, depends on a 15-meter SpaceBuzz rocket vehicle that can be deployed to different locations. 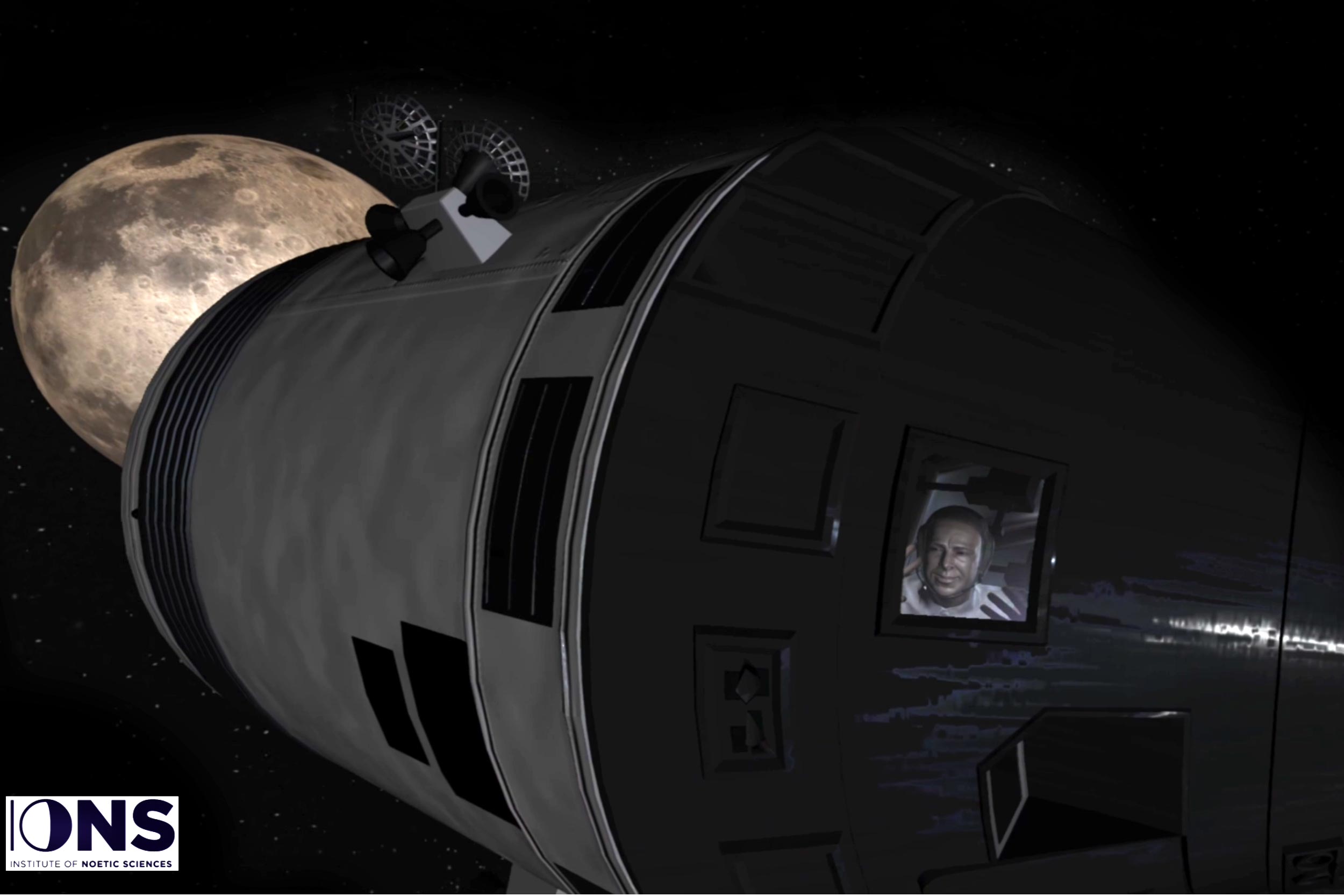 To the Moon and back… on your sofa

In 2019 researchers at the University of Missouri aimed to recreate the intense emotional experience astronauts reported on seeing Earth from space for the first time using Virtual Reality. One article written by Ian Sample and published by The Guardian notes that “If the trial goes well, what led Mitchell to develop ‘an instant global consciousness’ and a profound connection to Earth and its people could be recreated with nothing more than a flotation tank, a half tonne of Epsom salts, and a waterproof virtual reality (VR) headset.”

You don’t need all that to follow in Edgar Mitchell’s steps. A Virtual Reality headset is your ticket to The Edgar Mitchell Overview Effect VR Experience, which takes us along with the astronaut on the journey to the Moon and back, without ever leaving home. It’s a purely cinematic VR experience that is not for the technically minded: the aim here is to share a message that you’ll probably want to share with friends and family. 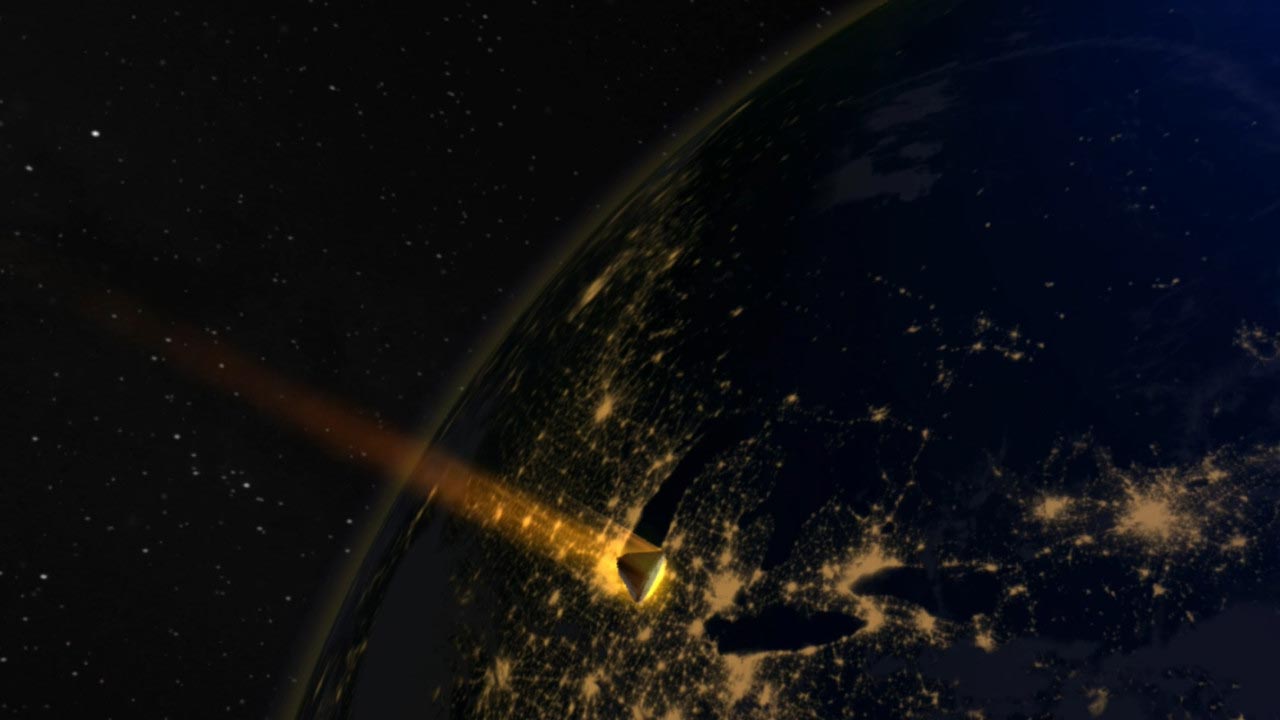 In concert with stunning images of the cosmos, historic NASA audio, carefully crafted sound design, sensation inducing haptic gear, and epic music, the Edgar Mitchell VR Experience takes users on meditative, visceral experience of transcendence. As we journey through space, we will hear Edgar’s voice guide us through the dissolving of any and all boundaries within our consciousness to the universal connection we humans share.

Sit comfortably, quiet your mind, and relax. It’s a short but fantastic ride, and a must have title in any Virtual Reality library. One more to add to the other VR apps introduced in previous weeks, like the free Il Divino: Michelangelo’s Sistine Ceiling in VR, which offers a completely different cultural voyage. The Edgar Mitchell Overview Effect VR Experience is also absolutely FREE.