The educational project SpaceBuzz aims to inspire children all over the world and make them the new ambassadors of Earth, using Virtual Reality to show them how astronauts perceive our planet. 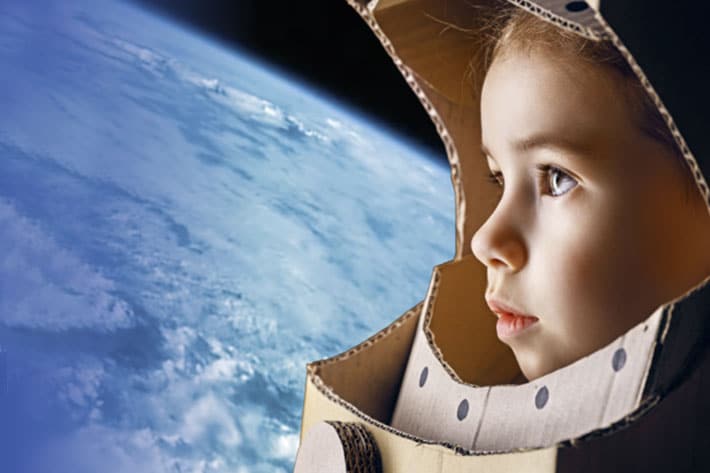 Out of 110 billion people who ever lived, fewer than 600 have seen Earth from space. The SpaceBuzz program wants to change that using Virtual Reality and a special built rocket.

The SpaceBuzz rocket landed in Washington D.C. this week, aiming to create the next generation of ambassadors of planet Earth. The project was launched in the  Netherlands to great success, but has global ambitions. In the words of André Kuipers, astronaut and founder of SpaceBuzz: ‘We have been humbled by Spacebuzz success in Holland, the experience is fully booked until 2021 and we are currently building a second rocket. But this was always supposed to become an international project. It’s our mission to turn all children into ambassadors for planet earth and we are beyond excited to be able to share our work with my colleagues and – even more importantly – kids around the world.’

The use of Virtual Reality allows to take groups of children to Earth’s orbit, and give them a perspective that fewer than 600 persons have had a chance to experience. SpaceBuzz is inspired by the Overview Effect,  a term coined by Frank White in 1987, which refers to a cognitive shift in awareness reported by astronauts during spaceflight that instills awareness on the fragility of planet Earth and a desire to protect it. Academic research has shown that exposing elementary school children to new world views like these significantly impacts their desire to act positively and protect the planet later in life. 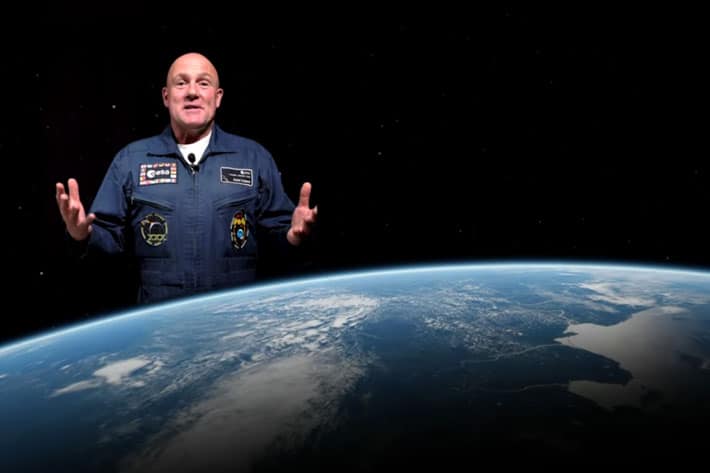 Although the project is aimed at children aged 10-12, some of the first people who experienced the SpaceBuzz in North America, this October, were real astronauts. A special presentation to 125 international astronauts in Houston at the Johnson Space Center during the 32nd Convention of Space Explorers, paved the way for the SpaceBuzz rocket to land in Washington D.C., during the 70th International Astronautical Congress.

The immersive VR experience was perceived as very realistic by the astronauts who tried it in Houston. In the words of British astronaut Helen Sherman: “This Spacebuzz experience actually made me feel quite like I was back in space”. The value of experiencing the Overview Effect – a cognitive shift in awareness often experienced by astronauts while viewing the Earth in the immeasurable vastness of space – was widely recognized by the astronauts. 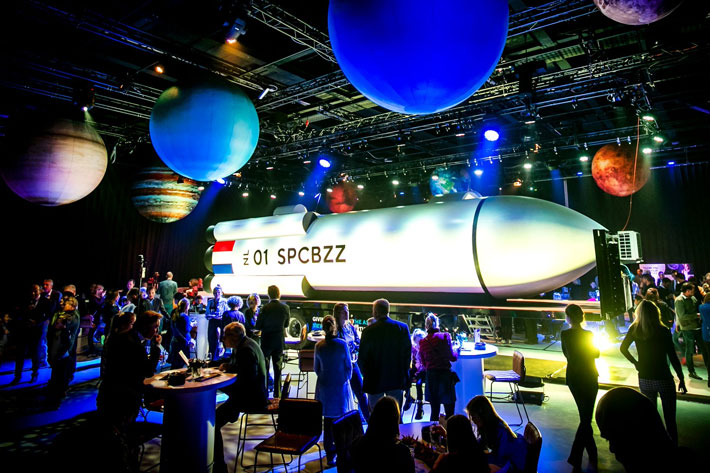 World leaders should take this rocket

“When I was in space, being able to look down at the earth and realize that I’m looking down at 7 billion people. Our job is to take care of each other and take care of our environment at the same time” said American astronaut Guy Gardener. It was even indicated by some astronauts that we should move beyond school children. “I think we should take it to the UN and make all the world leaders do the same” commented  Iranian-American astronaut Anousheh Ansari.

The team behind the project hopes to find new, international partners that will help them to bring the SpaceBuzz program to their home countries, in order to inspire millions of children worldwide with the astronaut’s view of our planet. “Coming to Washington D.C. is a huge opportunity for SpaceBuzz,” said Zoran van Gessel, chairman of the Overview Effect Foundation, the non-profit organization behind the program, which is financed entirely through private funding and donations. “With the combination of the global audience, strong astronautical industry, and funding opportunities, we seek to further our ambitions. We look forward to connecting with founders, entrepreneurs, and angels that can help us drive this project forward to create the next generation of ambassadors of planet Earth.” 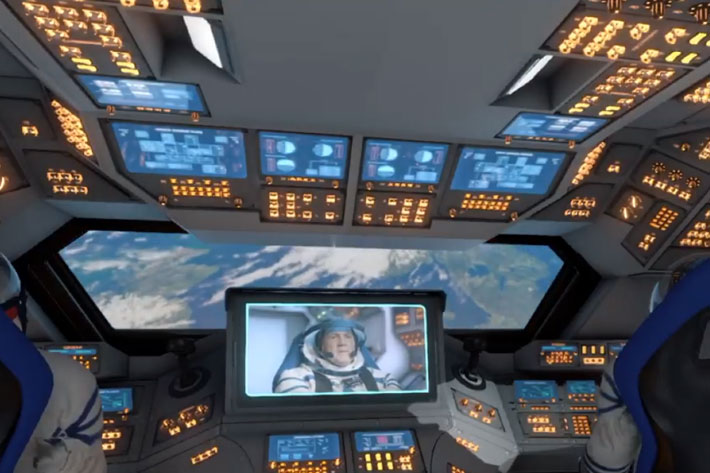 A real space mission for children

Harnessing the power of technology, the team behind SpaceBuzz created a VR-based education & outreach program that puts children in the footsteps of astronauts. In order to validate and optimize the educational program, SpaceBuzz collaborates with leading scientists to kickstart an international scientific research program on the effectiveness of VR-enabled learning. The first results and reactions of children and teachers confirm the team’s conviction that immersive technologies trigger deeper levels of engagement and inspiration, which in turns leads to effective learning.

The education program includes a real-life space mission in the SpaceBuzz rocket. But the whole program includes six pre-flight missions that prepare children for space travel by teaching them about Space, Earth, Technology and what it means to be an astronaut, and six post-flight missions that allow children to do research, reflect on their mission and hold their own press conference, just like astronauts do. Plug-and-play materials for each mission are provided, so teachers can focus on the content of the SpaceBuzz program. 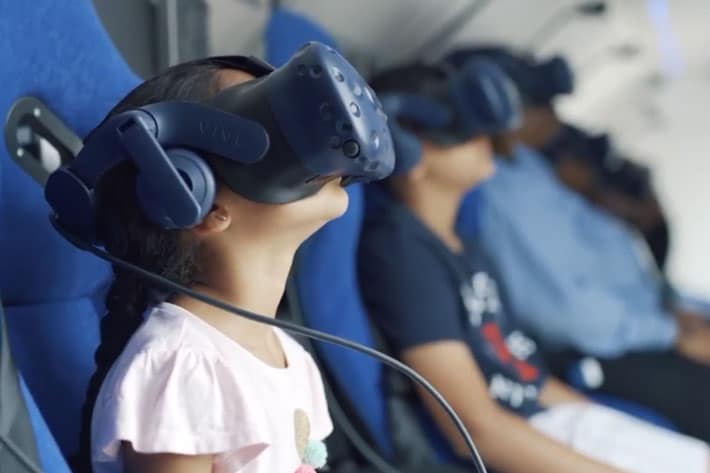 Virtual Reality at the core of the narrative process

Together with the recent experiences showing the Apollo 11 Moon landing, and Virtual Reality apps that allow us to visit the International Space Sation or re-live the flight of the spacecraft “Freedom 7”, in Go for Launch: Mercury, the SpaceBuzz project demonstrates how Virtual Reality works as the “glue” that allows creators to mix real footage, photographs and CGI to tell stories that would not be possible to share any other way. In this case, trying to educate through the awakening of a cognitive shift which astronauts know well: the Overview Effect. Apparently, the experience works, as stated by British astronaut Helen Sherman, who said: “This Spacebuzz experience actually made me feel quite like I was back in space”.

The presentation trailer for SpaceBuzz gives us a taste of what can be experienced inside the SpaceBuzz rocket. The revolutionary VR-education program can be seen at the global space community at the 70th International Astronautical Congress in Washington D.C., which is open to the general public Friday, 25 October at the Walter E. Washington Convention Center!