If you’ve a Oculus Rift CV1/DK2 or a HTC Vive set, $14.99 to spare and a Steam account, take a trip to the Moon, with Neil Armstrong, Michael Collins and Buzz Aldrin. Apollo 11 VR is your passport to the experience. 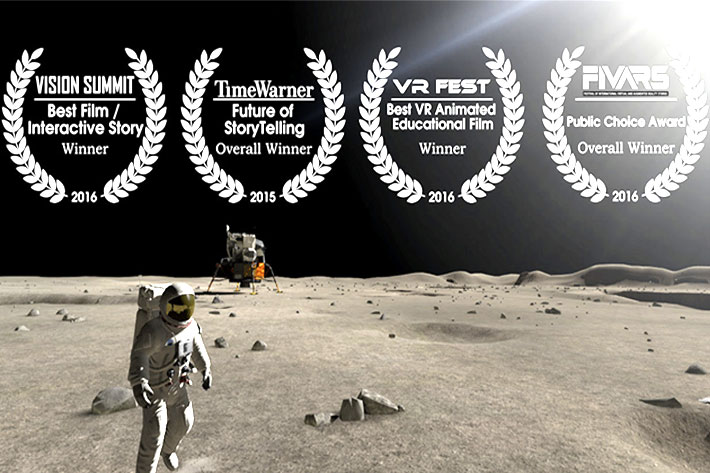 Apollo 11 VR Experience is the story of the greatest journey ever taken by humankind. Now, for the first time, you get to experience the historic event as if you’re there. Grab your Oculus Rift headset and lift off!

Released on April 1 on the gaming platform Steam, Apollo 11 VR Experience is a new type of documentary, a mix of a game simulation with footage and audio from NASA, so everybody can experience the adventure of flying to the Moon. The documentary/simulation is a project from Immersive VR Education, from Ireland, a company providing fully Immersive Virtual Reality Education experiences to help educate students of all ages. The aim, according to David Whelan, CEO of Immersive VR Education and the Editor and Chief at Virtual Reality Reviewer, is to “cover a wide range of subjects including History, Geography, Biology, Mathematics, Medicine, Astronomy and Science in an engaging and fun manor which will inspire a new hunger for learning with our users.”

The company plans to release new content regularly which will focus on key days in History or focus on hard to visualize subjects, but for now they’re launching Apollo 11 VR Experience, which was funded on Kickstarter. They pledged €36,623 of a €30,000 goal between February and March 2015. Apollo 11 VR gives everybody the chance to experience a recreation of the events which took place between July 16th and July 24th 1969. Now for the first time ever you get to experience this historic event through the eyes of those who lived through it.

Using a mix of original archive audio and video together with accurate recreations of the spacecraft and locations, all set to inspirational music, the documentary/simulation takes you through key moments of the journey. Get set for an experience that will not only educate you but will also leave a lasting impression and deep respect for the men and women who worked on the Apollo program during NASA’s golden era. 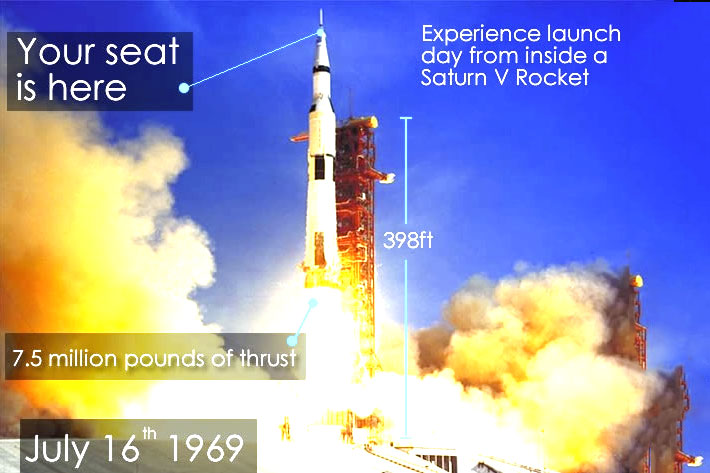 With Virtual Reality being the buzzword at events like NAB 2016, examples as the one from Apollo 11 VR demonstrate the potential of the technology for education, while confirming that while Hollywood is still starting to use the tools, the game industry is already some steps ahead exploring what can be done with video, CGI, and immersive technologies. Apollo 11 VR excels at that because besides being a documentary, allowing users to relive the events of 1969, it also allows them to take control and fly the command module, land the lunar lander, explore the Moon’s surface and deploy the lunar experiments all before returning to earth in a fiery re-entry.

The Apollo 11 VR Experience is designed to be an accurate recreation of the events leading up to the first moon walk and includes features such as accurate digital models of the Saturn V, Command Module, Lunar Lander, Astronauts, Launch Tower. The original real time audio from NASA Control, the Command Module, and Lunar Lander is also used in the program, which also includes interviews from the Astronauts themselves and a guided tour or interactive experience based on your preference.

Although presented as a tool to use by students, Apollo 11 VR is also an experience that adults will enjoy. One backer of the Kickstarter campaign had that experience when he showed a demonstration of the program to his father. He wrote then: “It was difficult watching my dad play the Apollo 11 VR demo with the Oculus Rift DK2. I wasn’t expecting it to affect him as much as it did. I’ve known that he’s always wanted to go to space, so I thought that I might bring it to him. It’s been his dream to go to space for a long time. Oculus and VR Education: You’ve helped my Dad get just a little taste of his lifelong dream. I only hope that one day he’ll be able to do the real thing. Thanks for making my dad cry :)”.

Another testimony of the interest of the program comes from someone that actually visited the Moon. On July 18, 2015 Apollo 16 astronaut Charlie Duke attended the opening of the Gateway to Space exhibition in Brussels, where Immersive VR Education had a virtual reality installation of their Apollo 11 Virtual Reality Experience, and revisited a slice of History he played a part in.

Charlie Duke walked on the moon in 1972 and was lunar module pilot for the Apollo 16 mission where he spent three days on the moon’s surface. General Duke also served as CAPCOM for Apollo 11, the first landing on the Moon, where his distinctive Southern drawl became familiar to audiences around the world. As CAPCOM, he became the voice of a Mission Control nervous by a long landing that almost expended all of the Lunar Module Eagle’s fuel. Dukes first words to the Apollo 11 crew on the surface of the Moon were flustered, “Roger, Twank… Tranquility, we copy you on the ground. You got a bunch of guys about to turn blue. We’re breathing again. Thanks a lot!”

On February 10th at the Unity Vision Awards, which took place in Hollywood, Apollo 11 VR won the award for “Best Film / Interactive Story”. In his acceptance speech the CEO of Immersive VR Education, David Whelan, said: “ Apollo 11 is the most important journey that mankind has ever embarked on and now for the first time you can see it through the eyes of those who were there. It is my belief that there is a child alive today somewhere on this planet that will one day set foot upon Mars. I hope that they get to try VR in school as part of their education and that they get one day to experience Apollo 11 and that this experience sets them on the path to becoming one the next generation of astronauts, engineers and scientists. “

Winning the Unity Vision Award is a major achievement for a new startup. The judging panel was made up of key people from Sony, Google, Oculus, Microsoft and Unity Technologies. What’s more remarkable is that this is the fourth award given to the team within the past few months. Previously the team won the TimeWarner – Future of Storytelling Award in New York, Best VR Movie at the VR Festival in Las Vegas and the Public Choice Award at the FIVARS conference in Toronto, Canada. 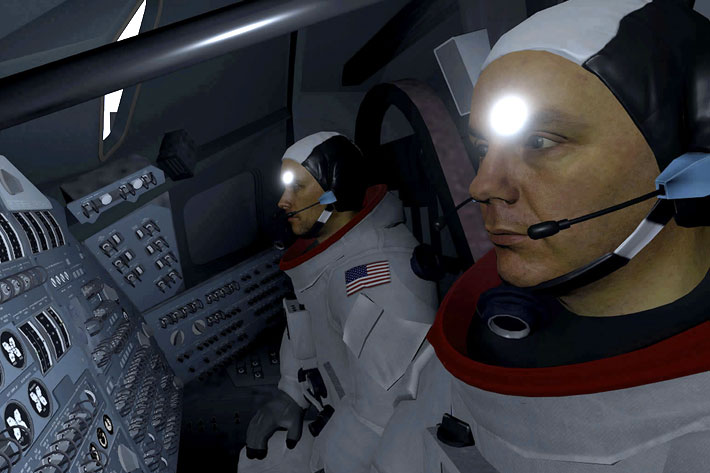 Apollo 11 will have a desktop version

There are demonstration versions of the Apollo 11 VR Experience available at Immersive VR Education website. It should be noted that this is a Virtual Reality experience so you need some form of VR device – Oculus Rift CV1 / DK2 or a HTC Vive. A PlayStation VR version will also be available soon. There is also a desktop demonstration available for Windows but it does not allow control over the camera view or selection of the options available. But a recent update at Steam indicates that a full desktop version of the program will be available soon. Immersive VR Education says that “due to the high demand from people asking for a desktop version we will release an update that is desktop enabled very soon.”

Apparently, the highly positive comments from multiple people that tried the program, the continuous references to the “emotional experience” the documentary/simulation offers people of all ages, the numerous mentions of the program as “best VR experience ever” and the indication that this is “the future of storytelling” have made the creators at Immersive VR Education change their mind. A desktop version may not be the most immersive experience, but it may mean that the project can be extended to other goals of the Kickstarter campaign that were not met: taking control of a Russian Rover and flying the Apollo 13 mission.

For now, the invitation is simple: get into Neil Armstrong shoes, take one small step today and climb aboard Apollo 11 for the journey of a lifetime.

JAILBIRD: Bwa Kayiman, is a VR narrative experience on a human scale, a fantastic tale about the prison system...