From precious photochroms to 30 years of photographs revealing a portrait of Angela Merkel, from Helmut Newton’s legacy to Bruce Weber dogs, here is a selection of book for this season. 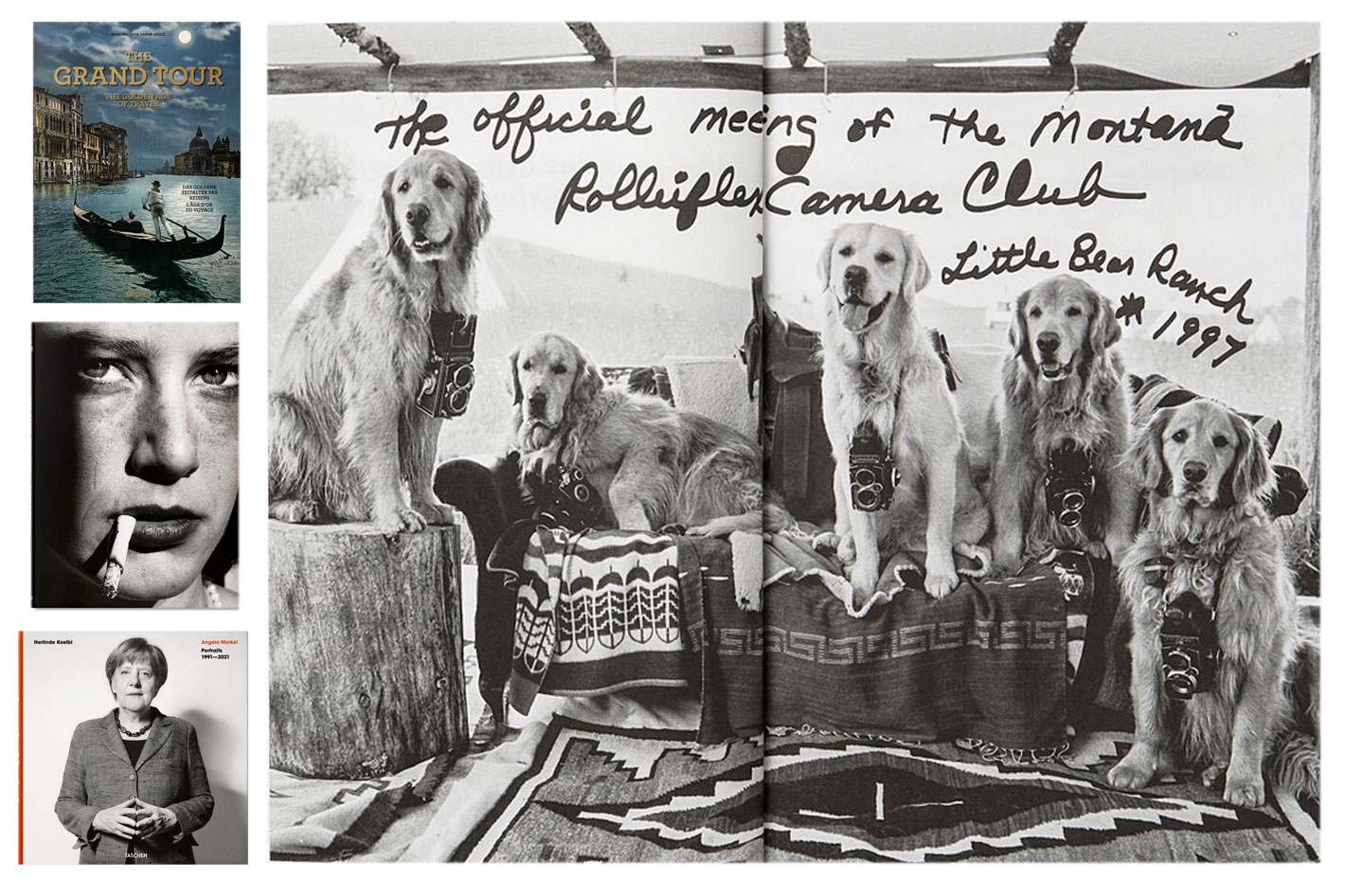 Books are the type of gift that photographers and filmmakers treasure. With the holiday season upon us, it’s time to look at some of the most interesting books to buy for someone special… or yourself!

Back in 2018 I wrote here at ProVideo Coalition a note about Taschen’s book “Through a Different Lens: Stanley Kubrick Photographs”, a unique opportunity to discover the “other” Stanley Kubrick, who was just 17 when he sold his first photograph to the pictorial magazine Look in 1945. The book was tied to an exhibit running until October 28th that year (2018), at the Museum of the City of New York.

More recently I pointed PVC readers to The James Bond Archives. “No Time To Die” Edition, which is the ultimate companion for all things 007. Published by Taschen, the hardcover, book joins a vast collection of titles signed by Paul Duncan, a film historian whose Taschen books include The James Bond Archives, The Charlie Chaplin Archives, The Godfather Family Album, Taxi Driver, Film Noir, and Horror Cinema, as well as publications on film directors, film genres, movie stars, and film posters.

Because books are always a welcome suggestion, I return to Taschen and a series of recent books, not suggested as part of any Black Friday campaign, but as sound solutions if you’re after a gift to offer someone special. These book show both the work of photographers and how important photography is as tool for documenting History. From Helmut Newton to Herlinde Koelbl, from Bruce Weber to the precious collection of turn-of-the-century photochroms, photography reveals itself as a means to keep memories alive through time. 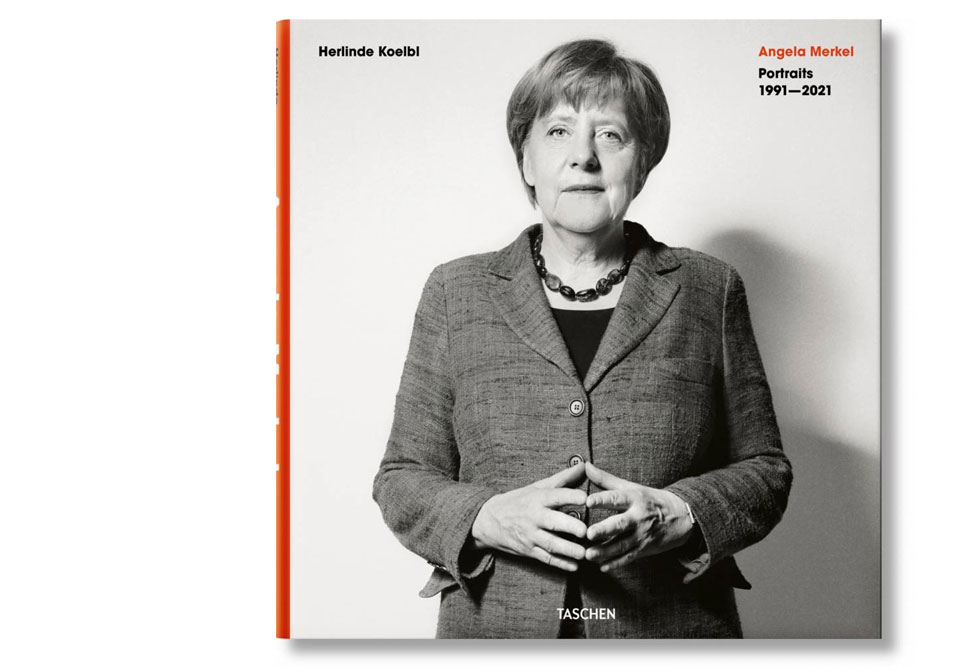 An example of the importance of photography comes from recent times, through the book Herlinde Koelbl. Angela Merkel. Portraits 1991–2021, 248 pages that trace a journey through the era of Angela Merkel, revealing the portrait of a remarkable physical and psychological transformation and the record of an extraordinary encounter.

Between 1991 and 2021, the exceptional politician was photographed regularly by Herlinde Koelbl, one of the most renowned German photographic artists. Her comprehensive oeuvre is characterized above all by long-term photographic projects, often complemented by in-depth interviews and videos. A process now visible in this book, which is the result of 30 years of work.

Each time Angela Merkel and Herlinde Koelbl came together, a headshot and a three-quarter-length shot were taken before a plain white background; images that document with authenticity the astonishing ascent of a 37-year-old political outsider to one of the most powerful politicians in the free world. This long-term photo study strikingly shows how the traces of power changed Merkel, who at the start of this extraordinary photographic ritual was still almost 15 years away from becoming the first woman chancellor of Germany.

Besides the photographs, the book features essays by Christopher Clark & Kristina Spohr, George Packer and Christoph Stölzl, exclusive interviews with Angela Merkel and a chronology of her political career. Herlinde Koelbl. Angela Merkel. Portraits 1991–2021 book is available has hardcover, 11.8 x 11.8 in., 248 pages, in a multilingual edition – English and German –  for US$ 70. 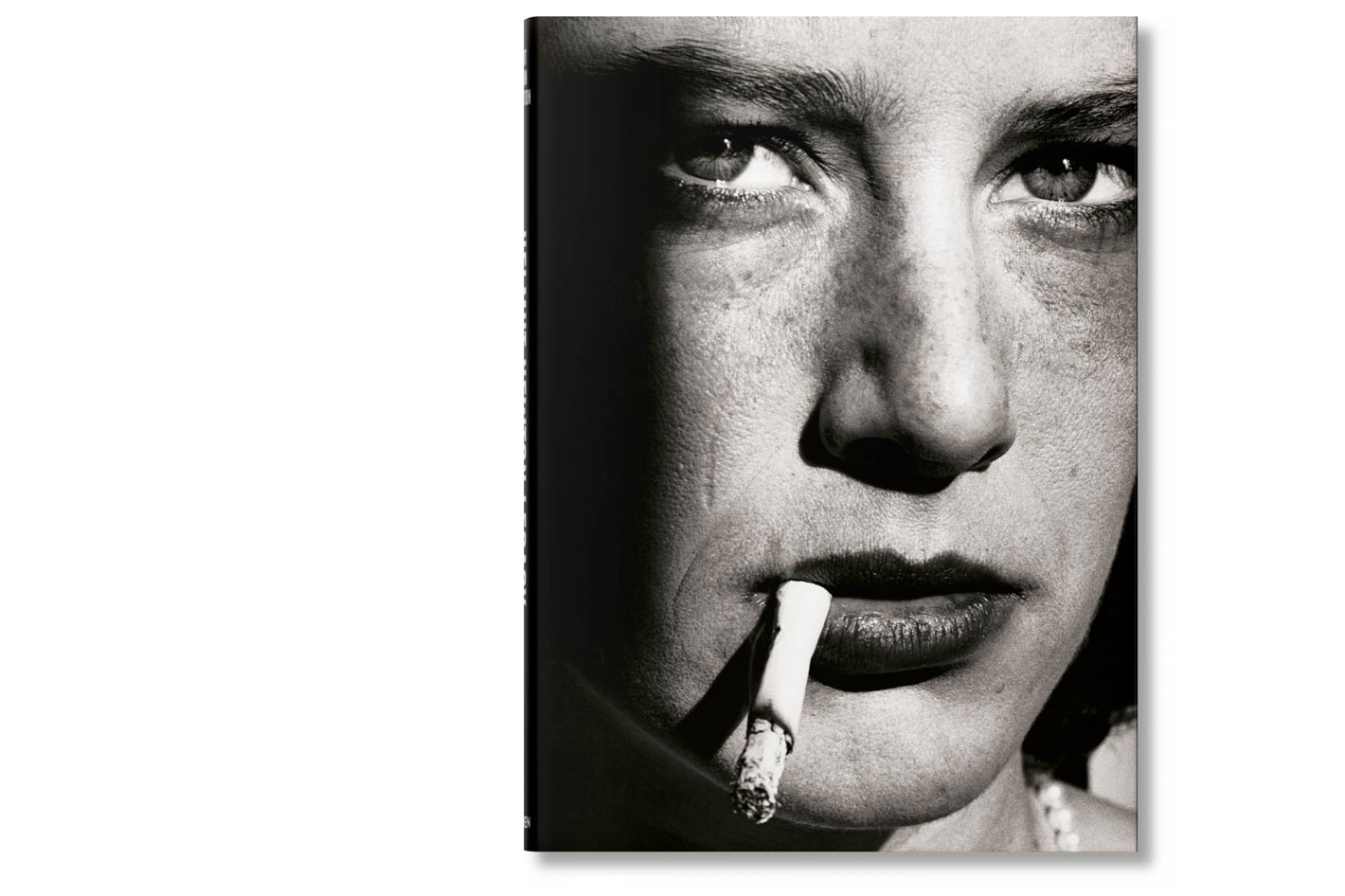 Helmut Newton. Legacy, the book is, like the one dedicated to Stanley Kubrick, accompanied by an international exhibition tour of Newton’s work, that showcases highlights from one of the most published bodies of work in photography, including numerous rediscovered images. The exhibition Helmut Newton. Legacy will be on view at the Helmut Newton Foundation, Jebensstraße 2, 10623 Berlin from October 31, 2021 to May 22, 2022.

Spanning more than five decades, the work of Helmut Newton (1920–2004) defies categorization. His photographic oeuvre is not only unique, but virtually unparalleled in scope, reaching millions through magazines like Vogue and Elle. Helmut Newton. Legacy showcases highlights and rediscovered images from one of the most published bodies of work in photography. A genuine visionary, this book celebrates Newton’s lasting influence on visual art to this day. 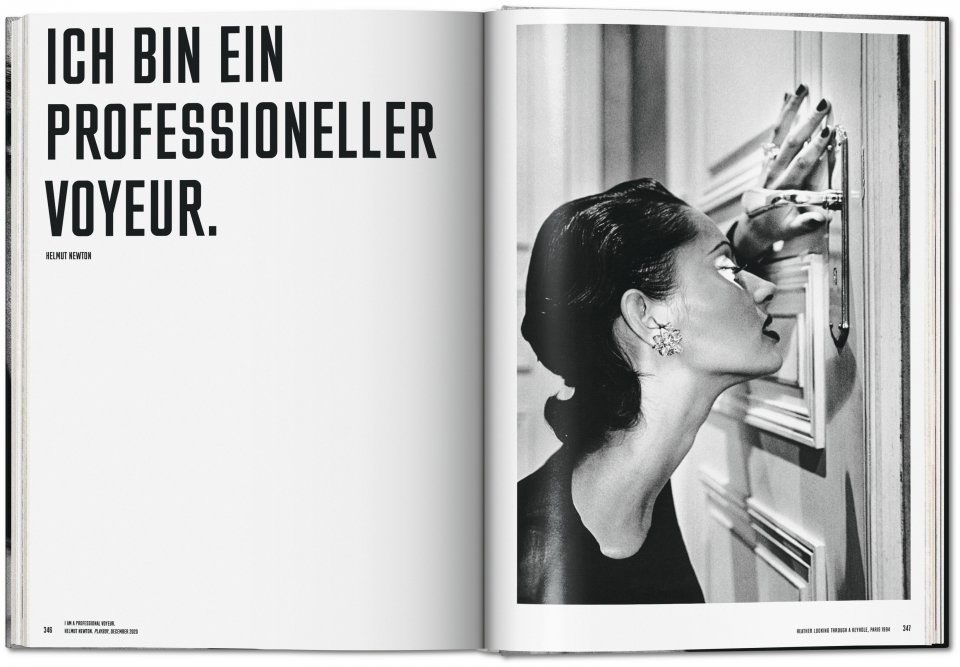 The editor and author of the book, Matthias Harder, studied Art History, Classical Archaeology and Philosophy in Kiel and Berlin. He is a member of the German Society of Photography and an advisory council member of the European Month of Photography. Head curator of the Helmut Newton Foundation in Berlin from 2004, and also its director from 2019, he has written numerous articles for books and exhibition catalogues.

A prolific image maker and genuine visionary, this book celebrates Newton’s lasting influence on modern photography and visual art to this day. The exhibition, originally scheduled to coincide with the photographer’s 100th birthday, was postponed for a year due to the pandemic. Visitors can now look forward to seeing not only Helmut Newton’s many iconic images, but also a number of surprises.

For the duration of the retrospective, June’s Room will host a special exhibition on the work of June Newton aka Alice Springs – in memory of the foundation’s president, who passed away in Monte Carlo in April 2021 and has since been laid to rest next to her husband in Berlin. 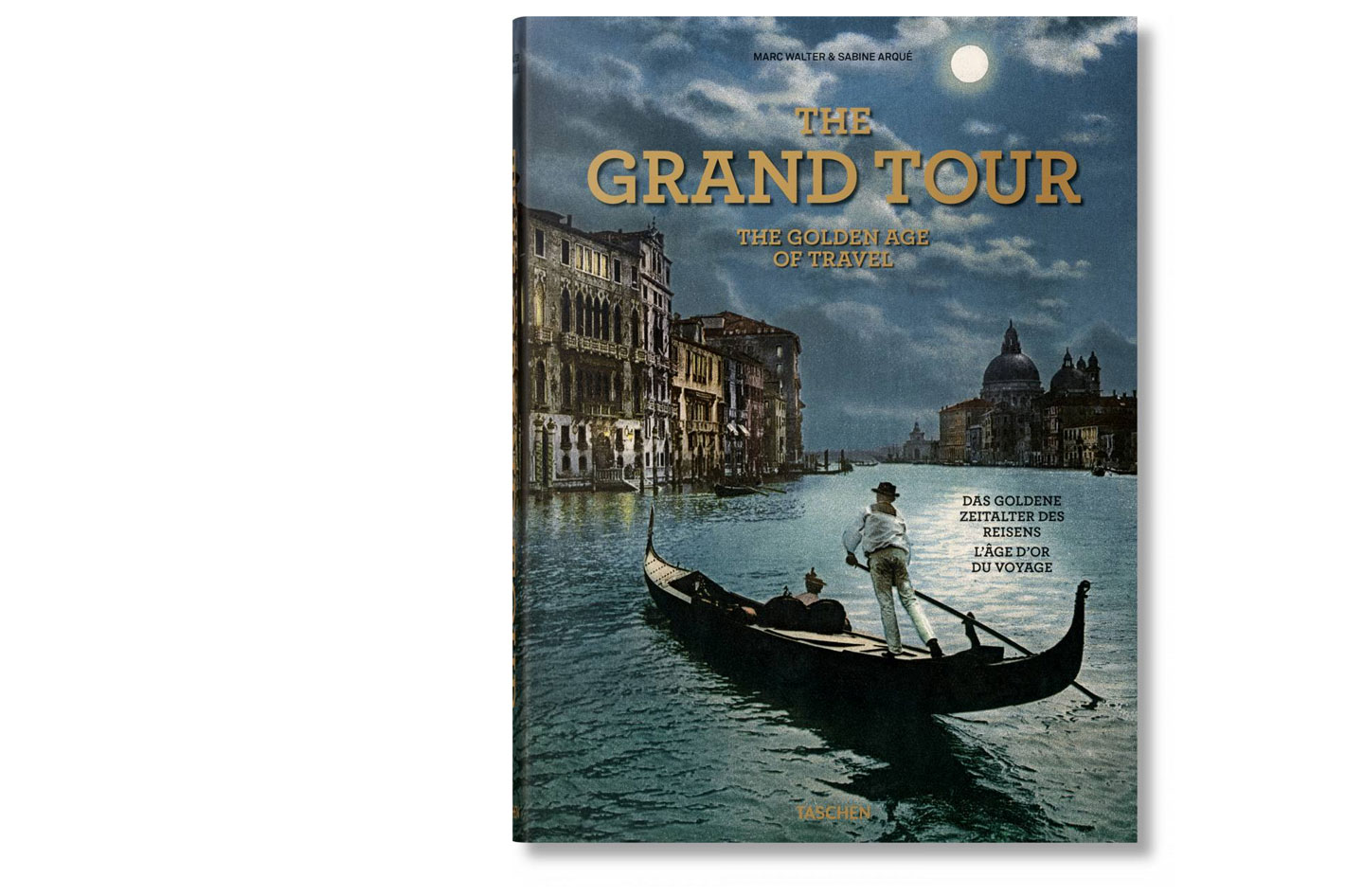 The Grand Tour. The Golden Age of Travel

It’s a book that opens a window to a bygone era, when traveling the world was a thrilling new possibility for those with the resources, time, imagination, and daring. No mass tourism, overcrowded planes, chaotic airports, heightened security, cookie-cutter hotel chains, well-worn tourist trails. With pages brimming with archival travel posters, guides, tickets, leaflets, brochures, menus, and luggage stickers, the book evokes all the romance, elegance, not to mention the sheer sense of novelty, that enthralled these golden-age passengers. Through decadent new cities, or wild, rugged terrains, this is your passport to a long-lost epoch of adventure and wide-eyed wonder at the world. 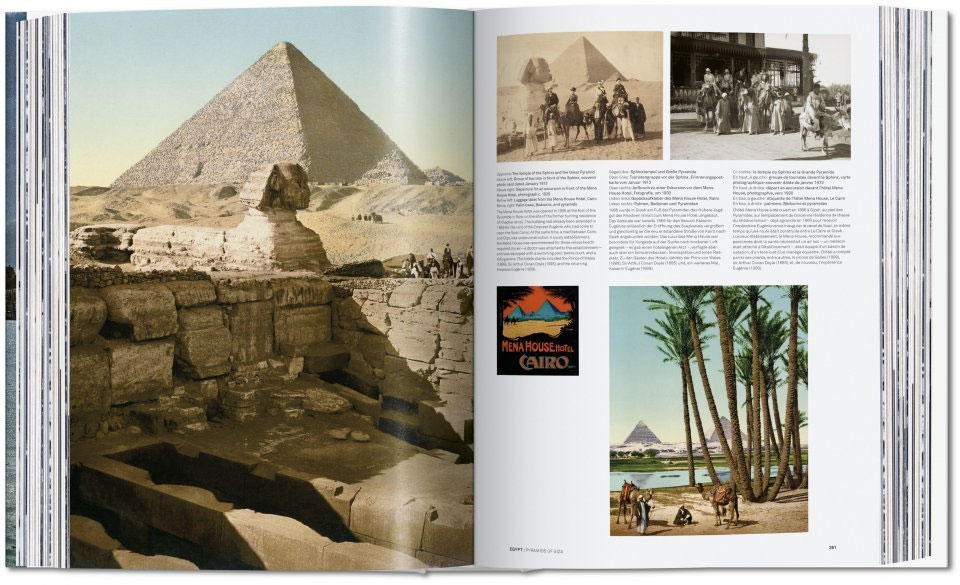 This richly illustrated volume charts the travel heyday of 1869 to 1939. Bedecked with ephemera and precious turn-of-the-century photochroms, it follows six classic tours favored by Western adventurers in the prewar era, including such famous traveler-writers as Charles Dickens, Jules Verne, F. Scott Fitzgerald, Mark Twain, and Goethe. From the Grand Tour of Europe, a traditional rite of passage for young English aristocrats, to the Far East, barely touched by Western influence, to the famous Trans-Siberian Railway, we follow each journey through its itinerant stops and various modes of transport: trains, boats, cars, planes, horses, donkeys, and camels.

The editor, graphic designer, photographer, and collector Marc Walter (1949–2018) specialized in vintage travel photographs, particularly photochromes, of which he held one of the world’s largest collections. He published numerous books featuring images from his collection as well as his own photographs. The author, Sabine Arqué is a photo researcher, editor, and author. She has collaborated on numerous publications on the themes of travel, the history of tourism, and photography. 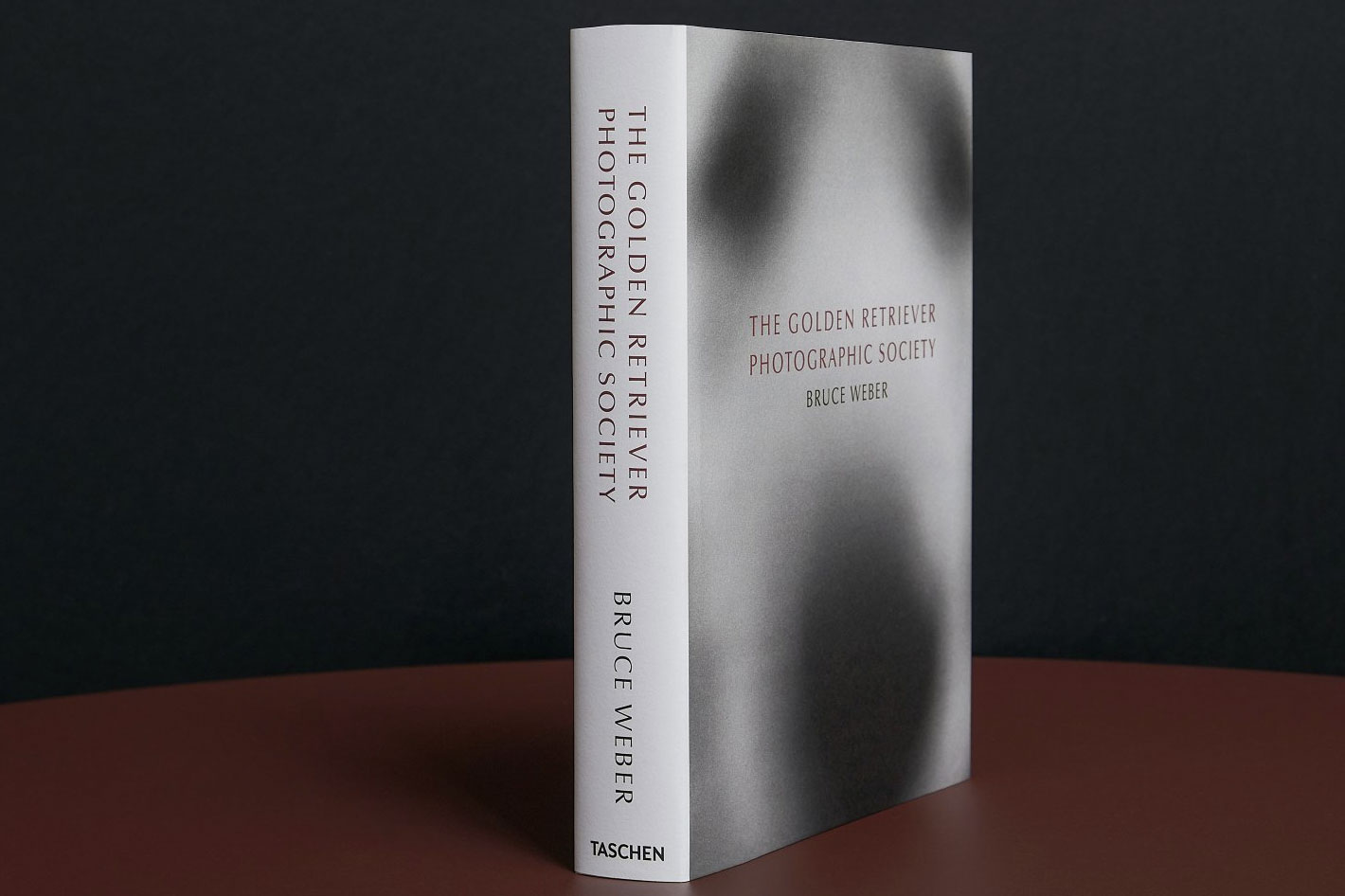 The Golden Retriever Photographic Society is Bruce Weber’s first career-spanning collection of his famed photographs of man’s best friend, and one he describes as his most personal. This book celebrates the human-animal bond, illuminating how connection to one’s pets can fuel creativity, provide companionship, and foster an abundance of joy.

“Working on this book has been a very moving experience, looking back over 50-some years of photographing dogs and thinking about what that’s meant to my life” said the photographer and filmmaker Bruce Weber, associated with a wide array of imagery: humanist portraits of artists, actors, and athletes; fashion spreads charged with emotion, irreverence, and nostalgia; lyrical tributes to eroticism and an arcadian vision of the American landscape. All these things—and golden retrievers, too. 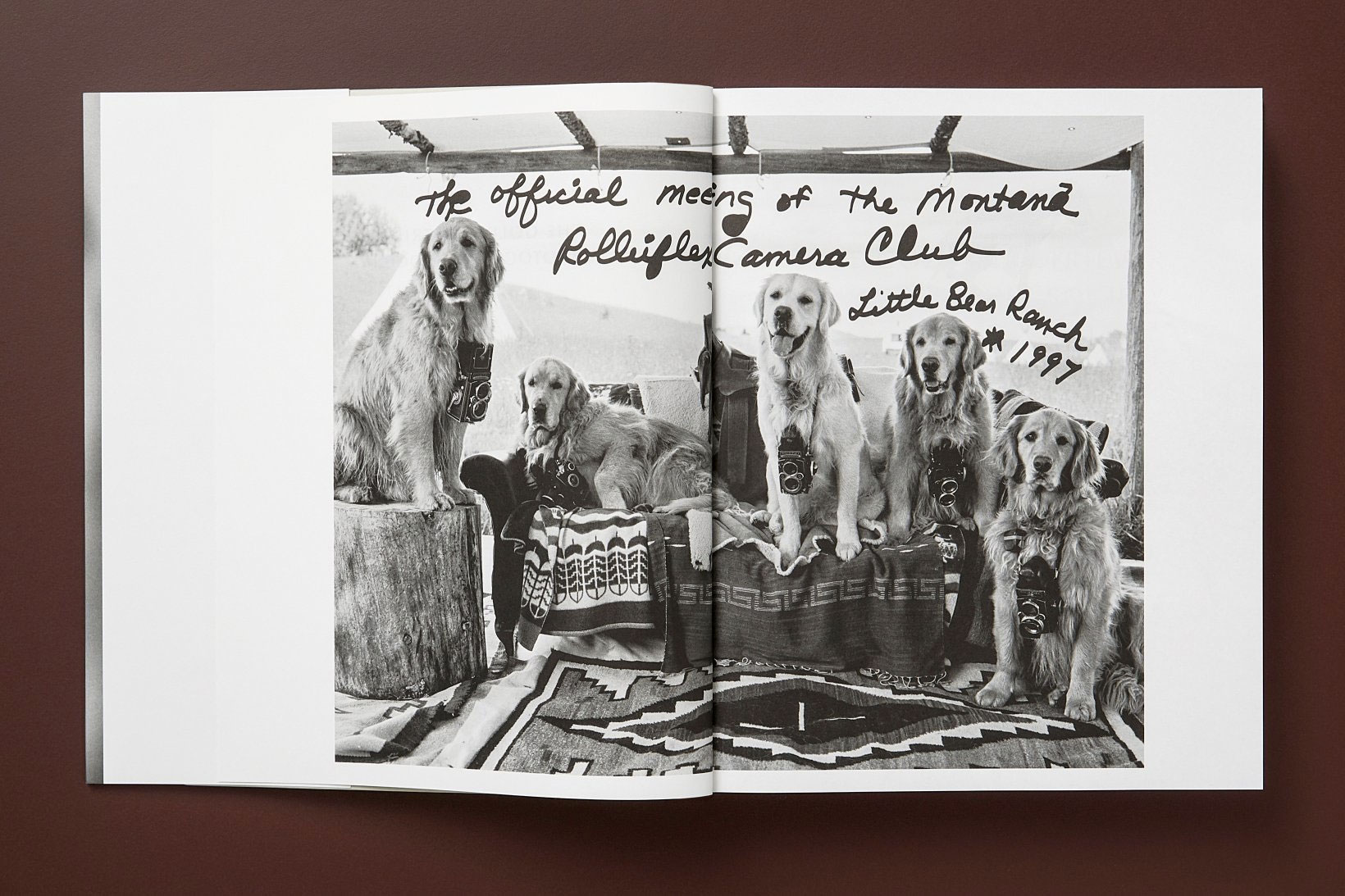 In fact, since the very beginning, Weber has been accompanied on his travels by a pack of these benevolent canines, who have populated his photographs for fashion campaigns, prominent magazines, and the pages of his personal scrapbooks in equal measure. The Golden Retriever Photographic Society is Weber’s first career-spanning collection of these photographs, one he describes as his most personal.

Jane Goodall, the world’s foremost expert on chimpanzees, the founder of the Jane Goodall Institute, a global leader in the effort to protect chimpanzees and their habitats, is the author while book design is signed by Dimitri Levas, who has been designing books since 1985, working on many Robert Mapplethorpe books and catalogues as well as numerous book projects with Bruce Weber. Levas is vice president and artistic director for The Robert Mapplethorpe Foundation.

Bruce Weber. The Golden Retriever Photographic Society is a hardcover in slipcase, 11 x 14 in., 520 pages, available for US$ 175.