Sony announced their new products and software the day before the National Association of broadcasters 2017 opened up the Las Vegas Convention floor. What we saw was a continued improvement for the Cine Alta line of cameras like the F55/F5. The continued expansion of High Dynamic Range for broadcast television specifically with sports and, if you work in TV News this might be important, IP workflows for Sony’s ENG cameras line-up. Check out the press conference below.

The F5/F55 will be updated to firmware Version 9. This will enable new recording frame rates to both cameras. It appears both the F5 and F55 will gain 4K 120fps in the updated firmware. I believe this will only be achievable with Sony’s new AXSR5 recorder but that has not been confirmed yet. I reserve the right to be wrong.

The FS5 will also be upgraded to allow continuous 120fps shooting, but this will not be in 4K. The little brother to the F5/F55 will only be able to shoot 120fps in HD. For the small 4K camera the continuous 120fps, even if it is only in 1080 HD, is still a great upgrade. More announcements are below.

A Cloud-based ENG subscription service. This comprehensive ENG workflow platform is designed for speed to air, from shooting to post-production harnessing the power of cloud computing and XDCAM. With XDCAM Air, camera operators and news crews now have the ability to work more quickly and efficiently, concentrating on the story at hand, with the camera directly integrated into the workflow.

Version 1.0 releasing in June will provide intelligent functions such as live streaming, XDCAM mobile compatibility, and metadata workflow.  XDCAM Pocket is XDCAM Air’s mobile application which can turn a smartphone into a small ENG camera by transmitting a quality live stream through the mobile device’s LTE network using QoS stream mode. XDCAM Air will be interoperable with a majority of systems, both from Sony and 3rd parties. Sony will continue to develop new features and workflow for XDCAM Air, with further versions planned to support content management, enhanced device control as well as edit integration with NLEs. 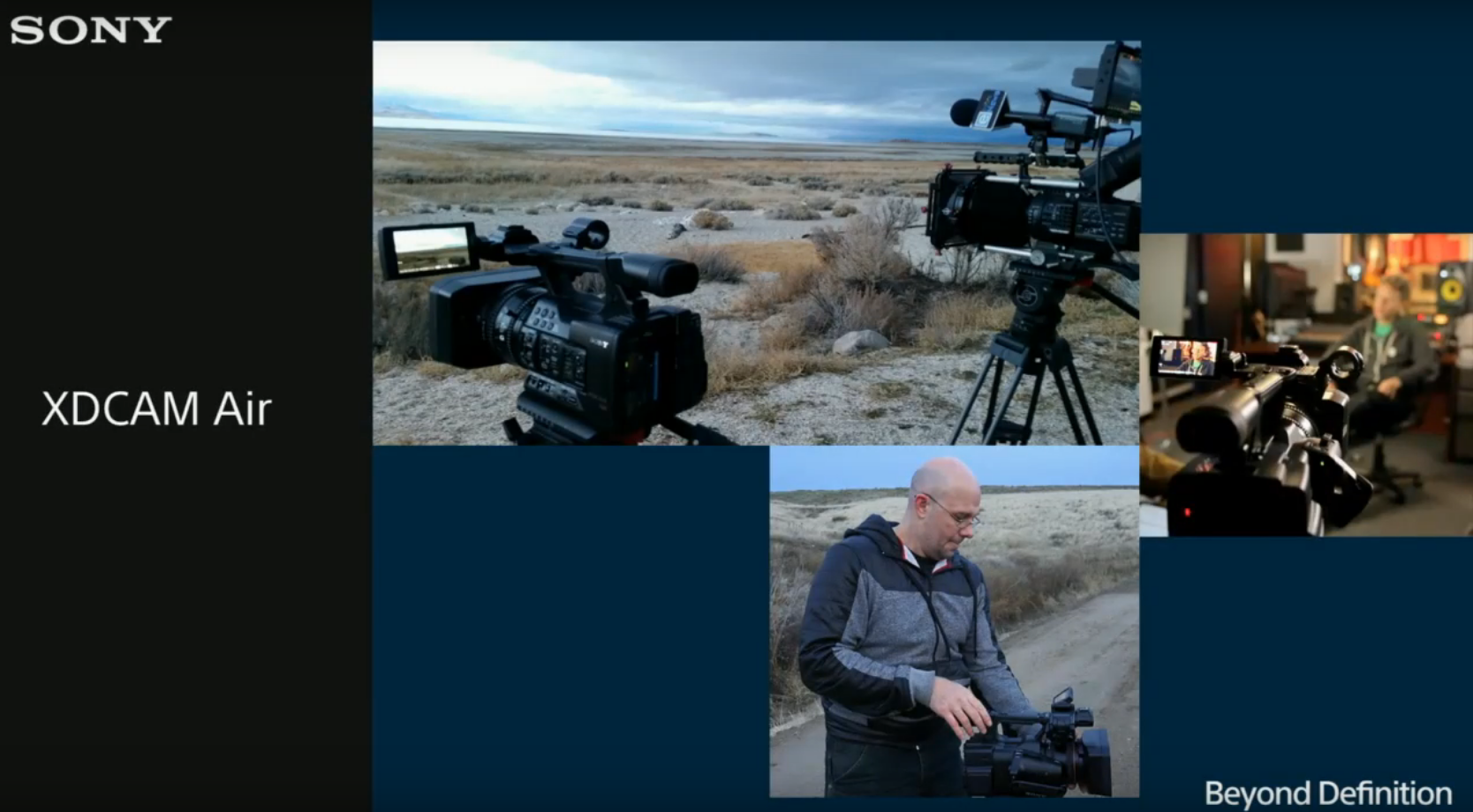 UMC-S3CA This new model is an Ultra high sensitivity 4K interchangeable lens video camera with a full frame sensor. Its Genlock support enables users to operate multiple cameras in synchronization and widens the camera’s range of applications, such as shooting from multiple points or Virtual Reality use. Its small and light weight size make the camera easy to install on cranes and sliders ideal for crash cam use and to capture exciting images from different angles and height.

This new model is an Ultra high sensitivity 4K interchangeable lens video camera with a full frame sensor. Its Genlock support enables users to operate multiple cameras in synchronization and widens the camera’s range of applications, such as shooting from multiple points or Virtual Reality use. It’s small and lightweight size make the camera easy to install on cranes and sliders ideal for crash cam use and to capture exciting images from different angles and height. 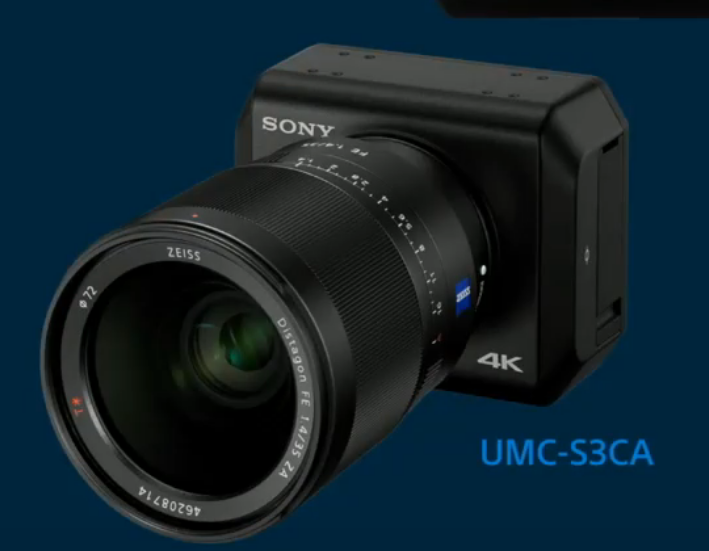 HDR and 4K for Broadcast Sports

This new recording mode improved HDR image quality in XAVC with detailed complexity, bright skin tones, color reproduction and more.  It allows the PWS-4500 to record and replay of a video with superior HDR images, while at the same time of maintaining the smooth XAVC file workflow that is already well positioned in the production industry.

Furthermore, Sony offers RAW and X-OCN recording formats.  RAW is recommended for premium productions and high-end cinema, where large volumes of data can be managed and supported.

X-OCN (eXtended Tonal Range Original Camera Negative) is an optimized video format with a fine balance between the picture quality and data size.  It can be recorded using Sony’s AXS-R7 portable memory recorder together with PMW-F55 and F5 motion picture cameras.  The X-OCN retains everything the sensor sees, delivering tonal gradation with 16-bit precision, ideal for HDR image grading.  To promote wider use of X-OCN, Sony is working with other companies to develop X-OCN supporting products.

Sony is expanding the capabilities of its 4K live production technologies, with the addition of a new Content Management Station and upgraded firmware for its PWS-4500 live production server system.

With the launch of the new PWS-110CM1 Content Management Station, Sony has added a metadata-enabled workflow that lets users efficiently and easily search for content that can be seamlessly transferred for delivery.

Metadata-based workflows benefit large-scale live productions, especially for major sports events using numerous cameras and servers operated from OB trucks. Combining the PWS-110CM1 with the PWS-4500 system with software version 2.3 allows a server operator to enter metadata, indicate the server’s content on a network, categorize and indicate the metadata of the clips, search the clips by metadata, keywords or star ratings and transfer clips between servers, as well as external devices.  The new software for the PWS-4500 system will also enhance HDR capabilities by optimizing XAVC encoding for HD S-Log3, HD HLG and 4K/HD PQ. (Version 2.2 already supports 4K S-Log3 and 4K HLG.)

Sony’s latest 4K/HD camera systems, the HDC-4300, HDC-4800 and HDC-P43 support 4K live production alongside the series of BPU, baseband processor units and PWS-4500 server system to create a comprehensive, connected tool that is increasingly embraced by live productions worldwide.  In addition to image quality, Sony provides workflow efficiency through its Share Play operation to control editing and output of slow-motion highlights using file sharing over a dedicated 10G network linking the HDC-4800 and BPU-4800 with the PWS-4500 server system.