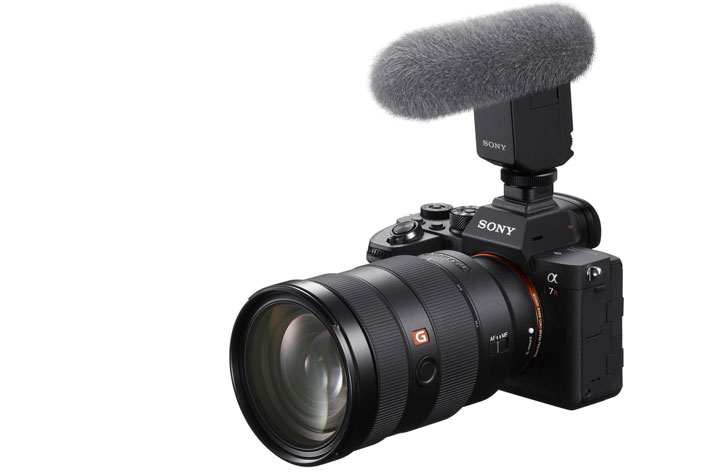 Well, here is the new camera from Sony, and it just shows that the megapixel race continues alive and kicking, as this is the world’s first 61.0 MP back-illuminated full-frame image sensor.  It’s a photographers dream if you want BIG images, but it’s also a videographers tool, and it makes sense to start with the filmmaking features of this new model.

Sony says that the Alpha 7R IV “performs exceptionally well as a serious filmmaking tool, offering 4K (3840×2160 pixels) video recording and full pixel readout without pixel binning in Super 35mm mode”. Expect a slightly narrower angle of view in Super 35mm 4K recording, but that’s about it. This, Sony continues, “ensures high-quality 4K footage with exceptional detail and depth. S-Log 2 and S-Log 3 are also available to maximize colour grading flexibility, with S-Log 3 offering a total of 14-stops of dynamic range. HLG (Hybrid Log-Gamma)is also available on the Alpha 7R IV to support an Instant HDR workflow. Users should remember that they need to connect the camera to an HDR (HLG) compatible Sony TV via a USB cable when displaying HDR (HLG) movies.

For video autofocus, the new full-frame camera utilises, according to Sony, “a refined Fast Hybrid AF system that achieves faster, smoother, more stable autofocus during video shooting – even if an object temporarily moves in front of the intended subject. The camera also includes Touch Tracking functionality during movie shooting, allowing the user to simply touch the screen on their intended subject for instant acquisition.” 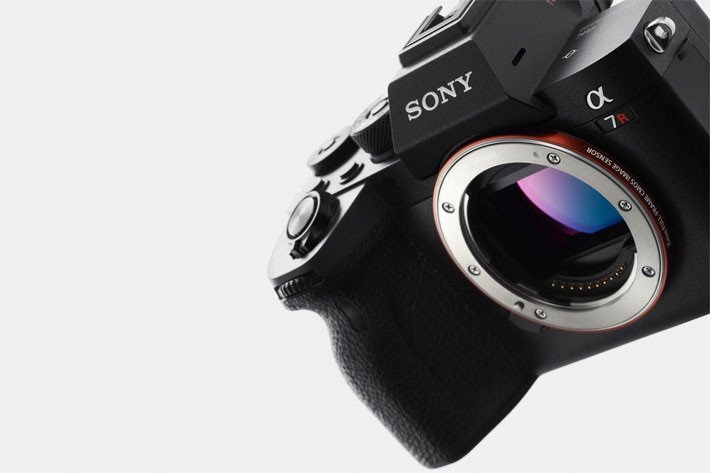 The new Alpha 7R IV debuts Real-time Eye AF for movie shooting, a first in any of Sony’s cameras. If you’re thinking “great use for wildlife”, forget it: Sony states that this function does not track animal eyes. When activated, the eye of a subject (human) is automatically tracked with high precision and reliability, allowing the shooter to focus on the content itself as opposed to what is in focus or not in focus. The Touch Tracking functionality will also automatically initiate Eye AF when a human subject is selected.

Another notable video feature, says the company, “is the addition of a digital audio interface to the camera’s Multi Interface Shoe (MI Shoe), allowing direct connection of the new ECM-B1M Shotgun Microphone or XLR-K3M XLR Adaptor Kit for clear, low-noise and high-quality audio recording. Interval shooting for creating time-lapse videos is available, as well as full HD recording at up to 120 fps, Slow and Quick Motion functions and much more.

The specifications above represent the essential aspect of the video functions offered by the new camera. “We are continuing to drive innovation, break boundaries and redefine the expectations of digital camera performance,” said Yann Salmon Legagneur, Director of Product Marketing, Digital Imaging, Sony Europe. “The new Alpha 7R IV combines medium format level image quality with high-speed shooting, extremely fast focusing and a long list of upgrades to design, connectivity and usability. This will allow professional photographers, videographers and all other types of creators to capture content in ways that were simply not possible before.” 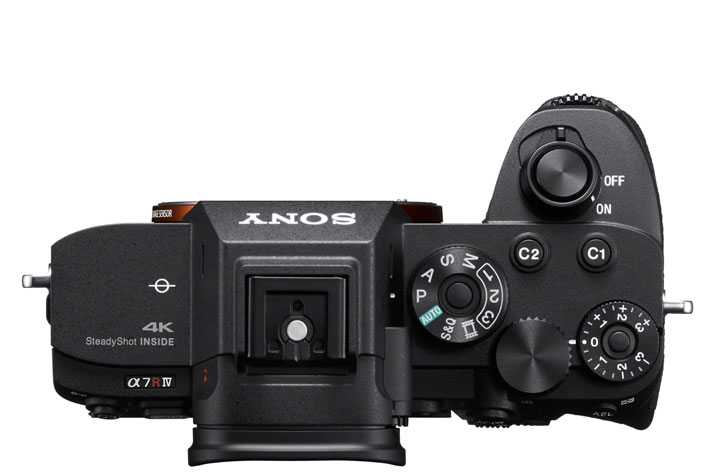 Leaving aside the marketing concept that “ways that were simply not possible before”, this is a new step for Sony, and not necessarily because of the extra megapixels, which may be exciting but may also be too much for most users. It’s probably more important to understand that despite rising the number of pixels on the 35mm full-frame back illuminated CMOS image sensor, Sony has managed to increase dynamic range at low sensitivites to 15-stop (so the company claims), resulting, adds Sony, “in smooth natural gradations ranging from deep shadows to highlights, and utilises algorithms from many of the latest Alpha cameras to maintain outstanding colour reproduction.”

Additional sealing provided at all body seams, the battery compartment cover and media slots are some of the notes on the enhanced build of this new Alpha, something that users asked previously, although their concept of resistance to the elements may be different from Sony’s engineers. That’s the reason why the company states that despite having upgraded dust and moisture resistance, the Alpha 7R IV is not guaranteed to be 100% dust and moisture proof.

Sony worked with the professional community to design some aspects of the new camera and the Alpha 7R IV full-frame camera is equipped with a variety of advanced connectivity features designed to enhance professional workflow. Wireless LAN functionality to support the conventional 2.4 GHz band as well as a high-speed 5 GHz band for faster, more stable data transfer are present, and there is also Wireless PC remote connectivity (wireless tethering shooting), a first for Sony cameras. Requested by many working professionals, this will allow for much more freedom in studio and location shoots, where the photographer can move around freely without restriction. 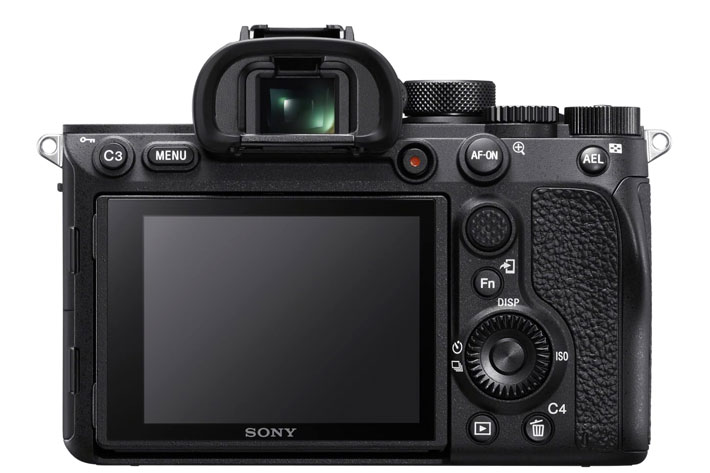 A notable improvement in tracking 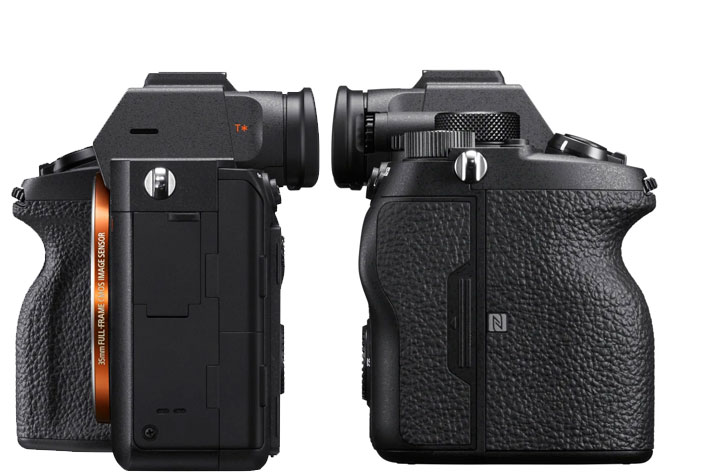 This new full-frame model is equipped with an innovative 5-axis optical in-body image stabilisation system that has been fine-tuned to support its high-resolution shooting capacity, resulting in a shutter speed advantage of 5.5-steps.[x] Additionally, the shutter unit assembly has been carefully re-designed to reduce even the slightest movement that may cause blur.

The Alpha 7R IV also includes Sony’s highest resolution viewfinder in any camera, a 5.76 million dot UXGA OLED Tru-finder EVF. About 1.6x the resolution of the EVF in the Alpha 7R III, this new viewfinder provides an extremely accurate, true-to-life depiction of the scene being framed. The display quality can be set to ‘Standard’ or ‘High’ mode, and to either 60 fps or 120 fps refresh rate to best match the subject and shooting conditions.

Sony has released a variety of new accessories to compliment the new Alpha 7R IV camera, including: