SIGMA announced the SIGMA fp, the world’s smallest and lightest mirrorless digital camera with a full-frame Bayer image sensor, presented as an “open and liberal system”. 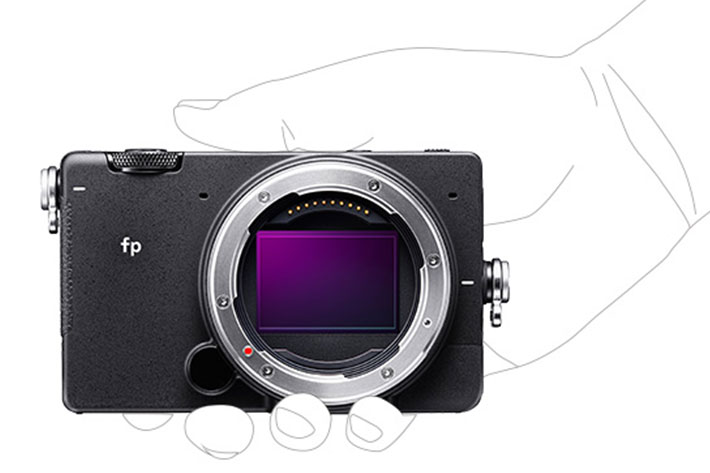 The SIGMA fp is the first camera resulting of SIGMA’s participation in the L-Mount Alliance. It is presented as enough for serious still and cine shooting in the highest image quality.

SIGMA’s take on an entirely new system camera is represented by the SIGMA fp, now announced. With this model the company aims to build a system that offers “great versatility and scalability that allows mixing-and-matching of a variety of interchangeable lenses and accessories.” It’s a concept that sounds a bit like the “universal” concept introduced by Olympus and Kodak with the Four Thirds system, which in fact went nowhere. Curiously, two companies that adhered to the Four Thirds system, Leica and Panasonic, are now part of the L-Mount Alliance, from where the SIGMA fp derives. It will be interesting to see how the SIGMA fp fares, now that cameras using the L-Mount are making it to the market.

The SIGMA fp is not a closed system, though, and that’s how SIGMA wants it to be. In fact, in presenting the camera the company says that with the SIGMA Mount Converter MC-21, SIGMA SA mount and SIGMA’s CANON EF mount lenses can be used, making the best out of one’s lens investment, as more than 50 different lenses can be used. Not bad for a whole new camera system! 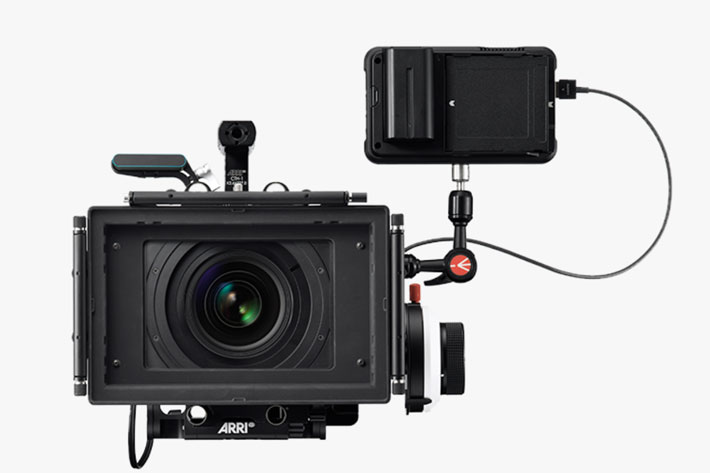 Is the SIGMA fp the smallest full-frame cine camera?

So, the world’s smallest and lightest “pocketable full-frame” camera, as SIGMA wants the fp to be known, is a mirrorless model that takes advantage of the short flange focal length and large diameter associated with these systems to offer a model small and casual enough to take anywhere, anytime, and high-spec enough for serious still and cine shooting in the highest image quality, all in a robust and classy body.

The SIGMA fp incorporates a back-illuminated 35mm full-frame Bayer sensor with 24.6 effective megapixels in a compact body, and boasts great versatility and scalability that allows mixing-and-matching of a variety of interchangeable lenses and accessories. SIGMA kept, wisely I would say, away from its own Foveon sensor technology,  going for a solution that is popular. The company teased about a FOVEON model coming later, but don’t hold your breath.

According to the company, “the environment that surrounds shooting and art creation is undergoing radical changes. In this day and age when one user may have both a high-performance interchangeable lens camera and a smartphone camera, using them flexibly according to specific purposes and settings” , so SIGMA stopped and questioned the inherent value of a digital camera. 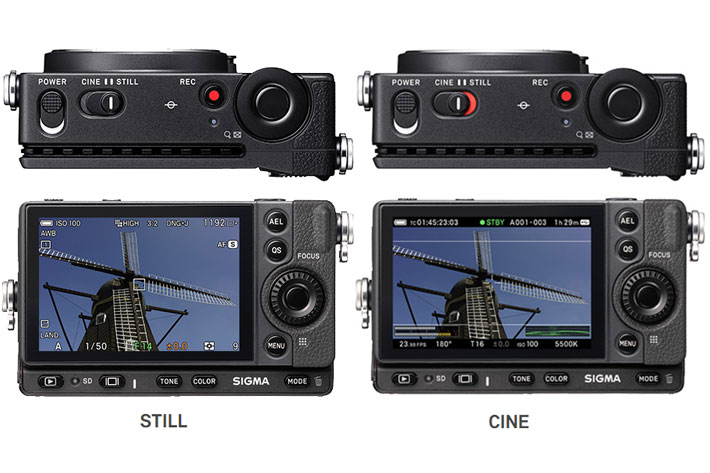 An open and liberal system

As a result, SIGMA set itself to develop a user-oriented digital camera that reflected the idea of “how a camera can be” in a more flexible and true-to-life manner, without conforming to manufacturers’ ideas of camera-centric categories and hierarchy. The “smallest and lightest body possible” with which one can express their creative ideas whenever they want, combined with a “full-frame sensor” that is suitable for serious occasions without compromising on image quality, and “superb build quality” that makes the camera the perfect linchpin of a high-performance lens system.

The result is the SIGMA fp concept an “open and liberal system” that allows one to pair the camera with lenses and accessories, whether from SIGMA or other brands, using a variety of attachments, complete with “versatile scalability” that makes the camera adaptable to any scenes. From a gimbal to a drone, the SIGMA fp seems able to adapt, and interesting proposition for many users.

The engineers from SIGMA had as their top priority to realize three concepts all at once and without requiring any trade-offs:

SIGMA selected only the elements and mechanisms that were truly needed with no compromise to create the SIGMA fp as the embodiment of an “entirely new digital camera that SIGMA can offer to the world right now.” With overall dimensions of 112.6×69.9×45.3mm and body weight of 370g, without battery and card, the SIGMA fp pretends to be that camera.

Designed with photographers and videographers in mind, the SIGMA fp features a “highly intuitive UI” that allows one to move between full-fledged still and cine shooting modes with just one finger, making for a “seamless and truly creative tool” that goes beyond style and genre differences. As a video machine, it offers, at least on paper, some exciting options, and that’s the center of this article. 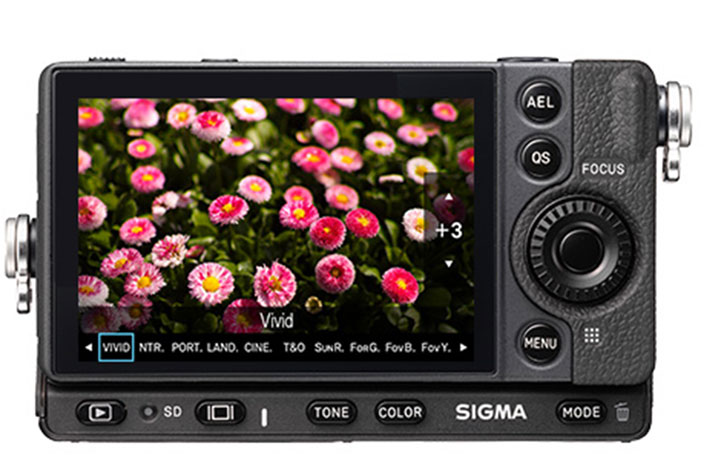 The SIGMA fp was conceived with filmmaking in mind, and SIGMA says that “in addition to genuine accessories designed exclusively for the SIGMA fp, the camera supports cinema camera-like user interfaces. It has solid compatibility that makes it a perfect camera that fits right into filmmaking settings”.  The camera was designed and inspired by those used on professional cinema cameras, so it uses a large-size heat sink is mounted between the LCD and camera body. Combined with a heat dissipation coating applied to the outer surface, the SIGMA fp achieves, says the company, highly effective heat dissipation. It prevents overheating at high temperatures or in long hours of use.

The SIGMA fp’s Cine mode comes with a variety of special functions that are comparable to those of professional cinema cameras. From shutter angle display and waveform display for exposure and color information, to zebra patterning, it comes with the functions and screen displays that can be used in the same way as with conventional cinema equipment. 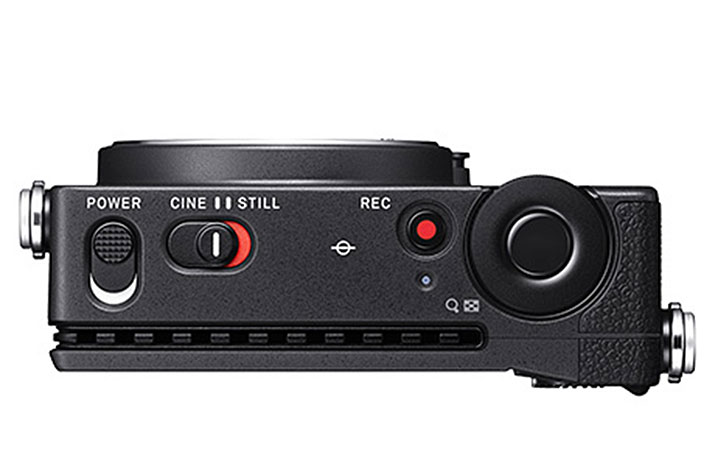 The SIGMA fp has a director’s viewfinder function that allows the user to simulate different angles of view and how an image looks, on cinema cameras. It supports cameras by major manufacturers commonly used in filmmaking. It supports not only the latest large format cameras such as ARRI ALEXA LF and RED MONSTRO 8K but also filmcameras and anamorphic lenses as well. The feature of recording/playing video with the director’s viewfinder function enabled is to become available via firmware update scheduled at a later date. 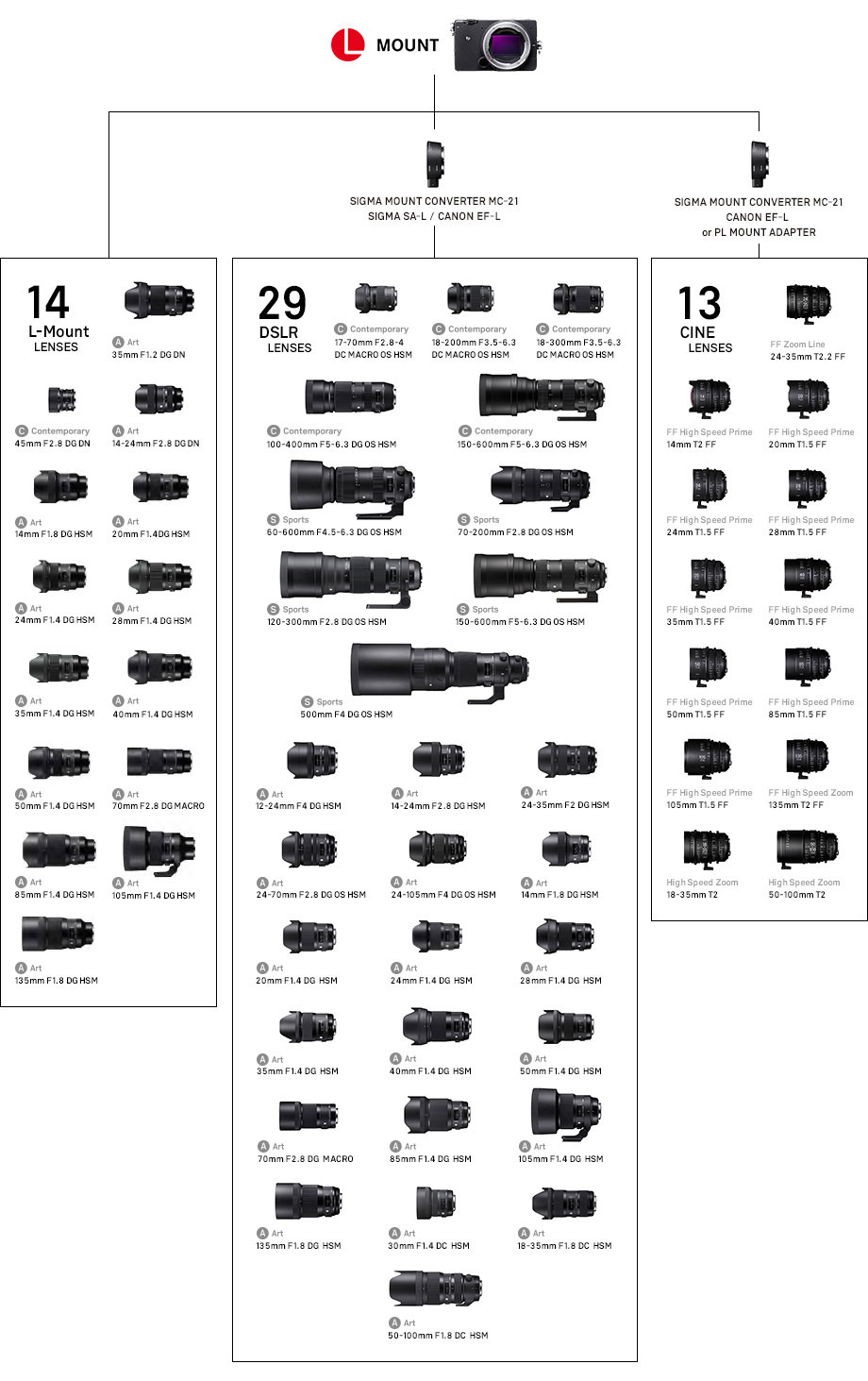 SIGMA says that “aside from professional cinema cameras, the SIGMA fp is the first camera that supports external recording in 12-bit CinemaDNG format. With up to 4K UHD/24fps recording, it produces video data that can be used even in filmmaking. The feature of playing CinemaDNG footages in-camera is to become available via firmware update scheduled at a later date.

The camera also supports All-I (All-Intra) recording, which makes it possible to maintain high image quality while reducing file size, allowing light data available for recording and editing. The record format that best suits the purpose of the video can be selected. Check SIGMA’s website for detailed information about the characteristics.

With a series of other features included that both photographers and videographers will appreciate, the Sigma fp is an exciting new solution within the L-Mount universe. It may not be the “universal” camera that SIGMA wants it to be, but it’s a camera trying to get a few things right. The SIGMA fp will be available this Fall and with it the company aims to introduce a new system camera that will overturn the paradigm of “digital cameras.”