Think Tank Photo announced the return of its MindShift Gear Rotation 180 backpack last September, with different capacities, through a Kickstarter campaign. Now they are available to buy. 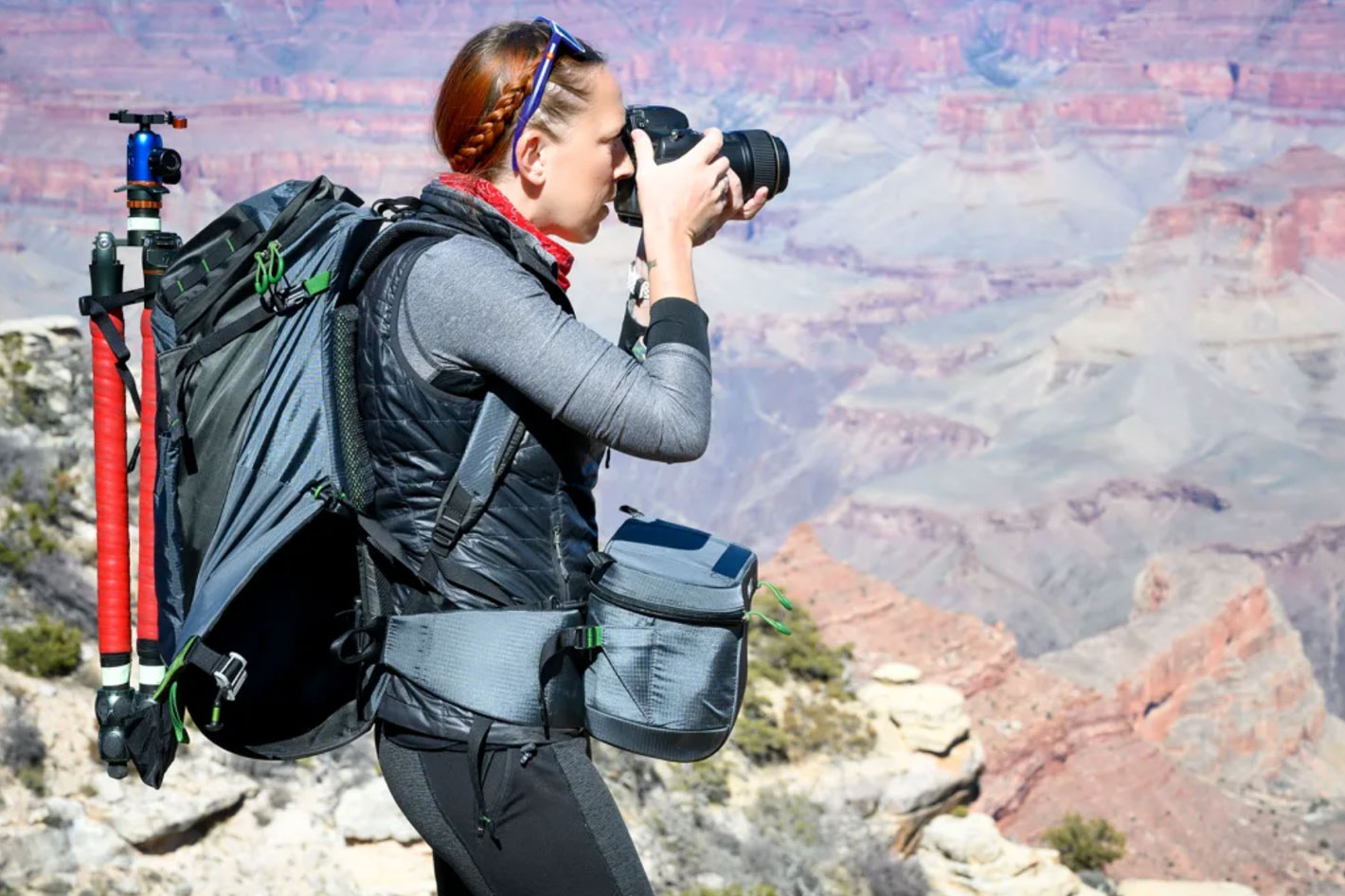 If you’ve ever wanted a classic version of the MindShift Gear Rotation 180 backpack but wanted it in a smaller size, now you can: the revolutionary backpack comes in 22, 34 and 50L+ versions.

Fully funded in Kickstarter in four hours, the next generation of Rotation 180 backpacks made the news last September, when I wrote here at ProVideo Coalition about my experience with the revolutionary original MindShift Rotation 180 Pro backpack, after it was launched, in 2013. As I noted in various occasions, the Rotation 180 Pro backpack became my backpack of choice, because of its double function, as it has a belt pack that you can rotate to access your most used gear.

While I’ve lived happily with the Rotation 180 Pro, even having used the belt pack many times on its own, because it is the exact size to carry your gear when you need to travel light, I’ve always wanted to have an alternative backpack that would offer the same versatility, but was smaller, ideal for short treks, or a day outing with more than fits in the belt pack. Think Tank Photo has introduced some smaller backpacks, like the Trailscape or Backlight, but nothing similar to the concept of the Rotation 180 Pro, only smaller. 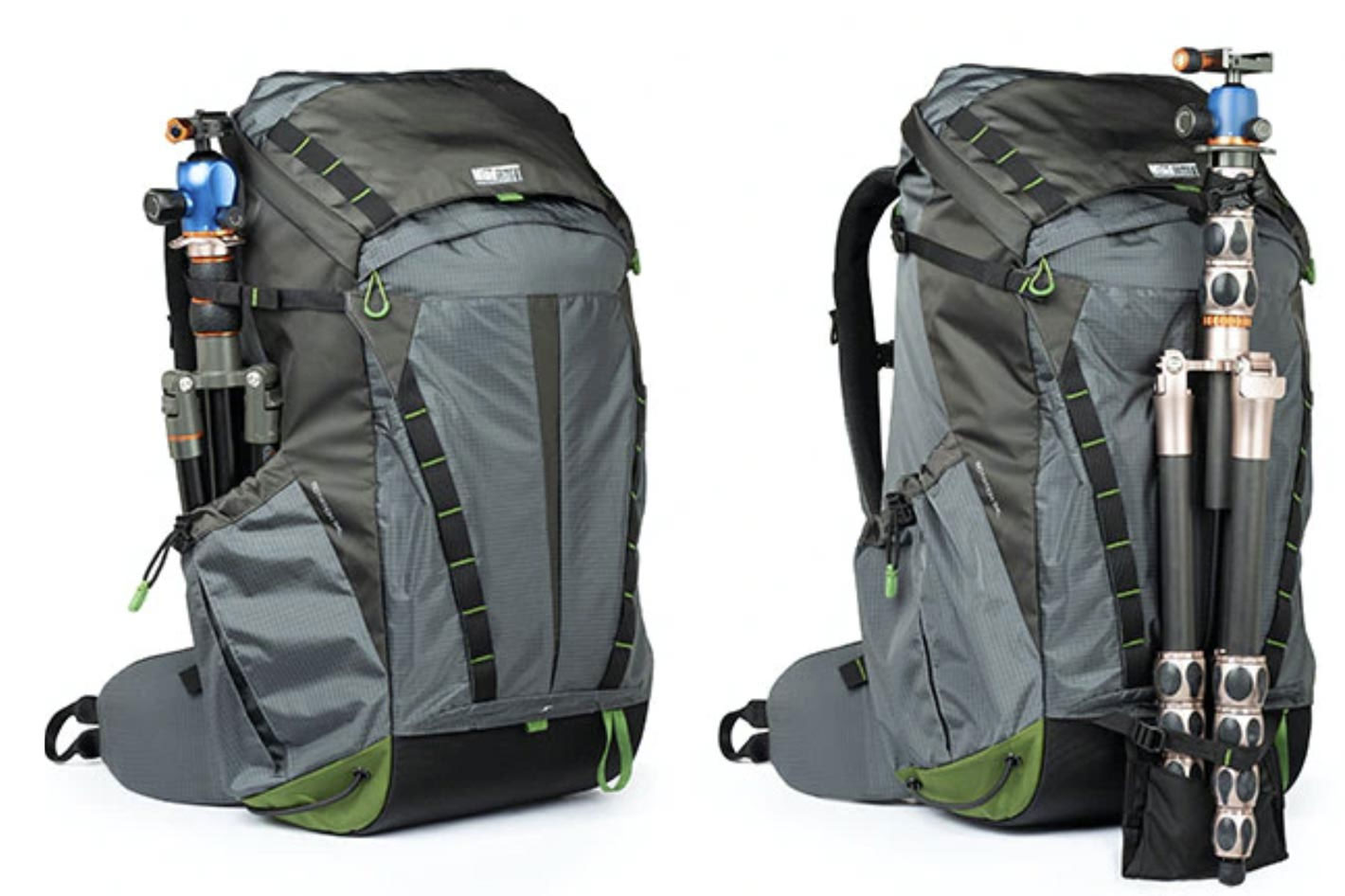 Think Tank Photo also introduced, in 2015, another family of backpacks following the same concept, with the Rotation 180 Horizon, with 34 liters capacity, the 22-liter Rotation 180 Panorama and the 16-liter Rotation 180 Trail, the smallest in the family. All with a different design from the classic MindShift Rotation 180 Pro backpack, and optionally available in blue… that I dislike.

So, it was a pleasant surprise for me to discover the new series, which looks like the original MindShift Rotation 180, but is available in three sizes. That’s the answer to my dreams regarding a backpack, because, as I wrote last September, I want to have “a smaller version to use when you don’t need all the space provided by its 38 Liter capacity” but one with a belt pack that rotates, as I grew so much used to it. 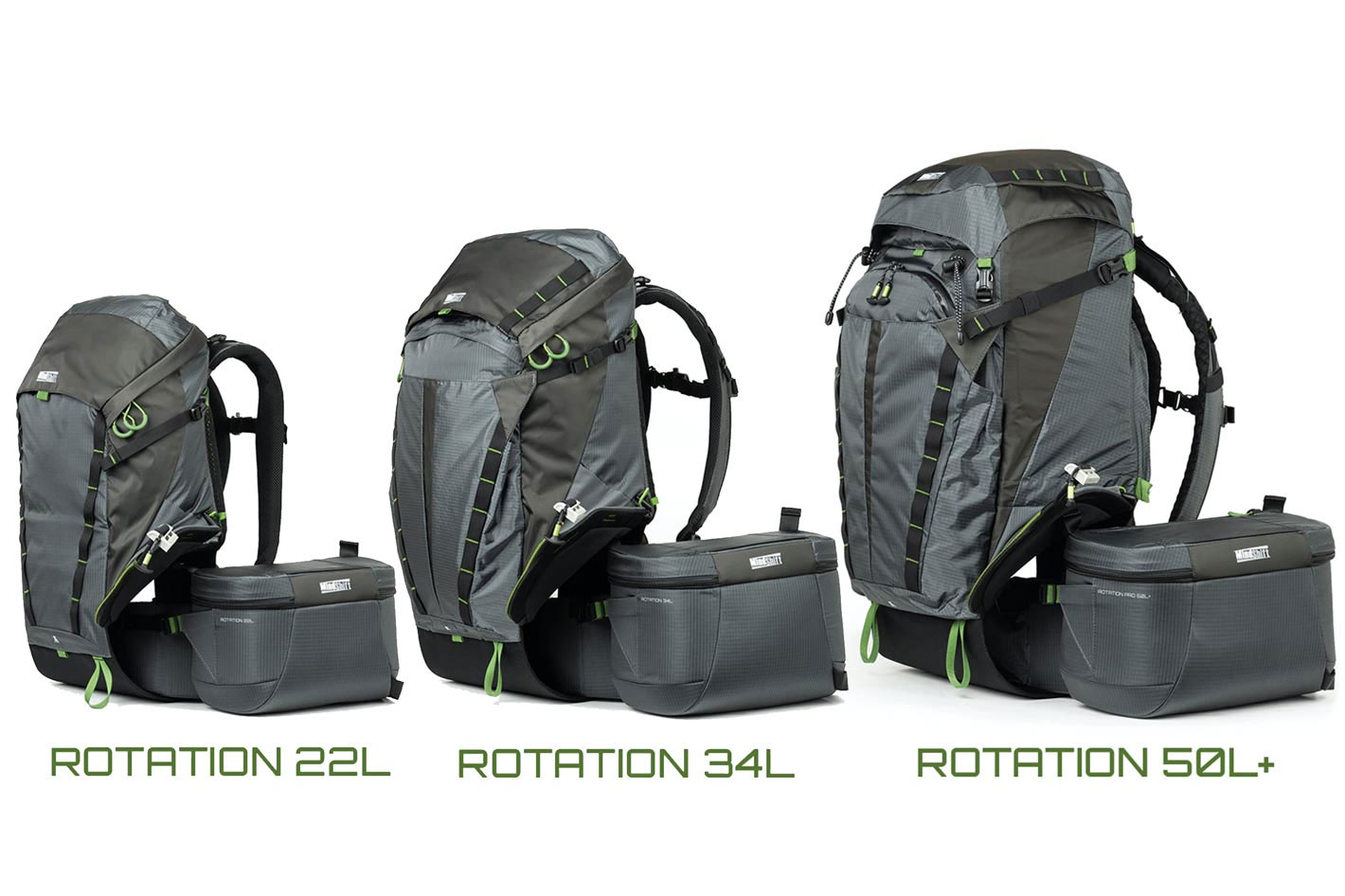 After the successful Kickstarter campaign, which was created as a solution to support the cost of developing a product that was well received by those supporting it, Think Tank Photo is now announcing that the new series is available, just in time for all those outdoors photographers and videographers who are preparing to come out from a long “social distancing” period and want a new backpack to return to the wild.

Here is what you can fit in each of the three new MindShift Rotation backpacks that Think Tank Photo introduced through the Kickstarter and Indiegogo campaigns. One of them will, no doubt, be the right choice for your adventures. 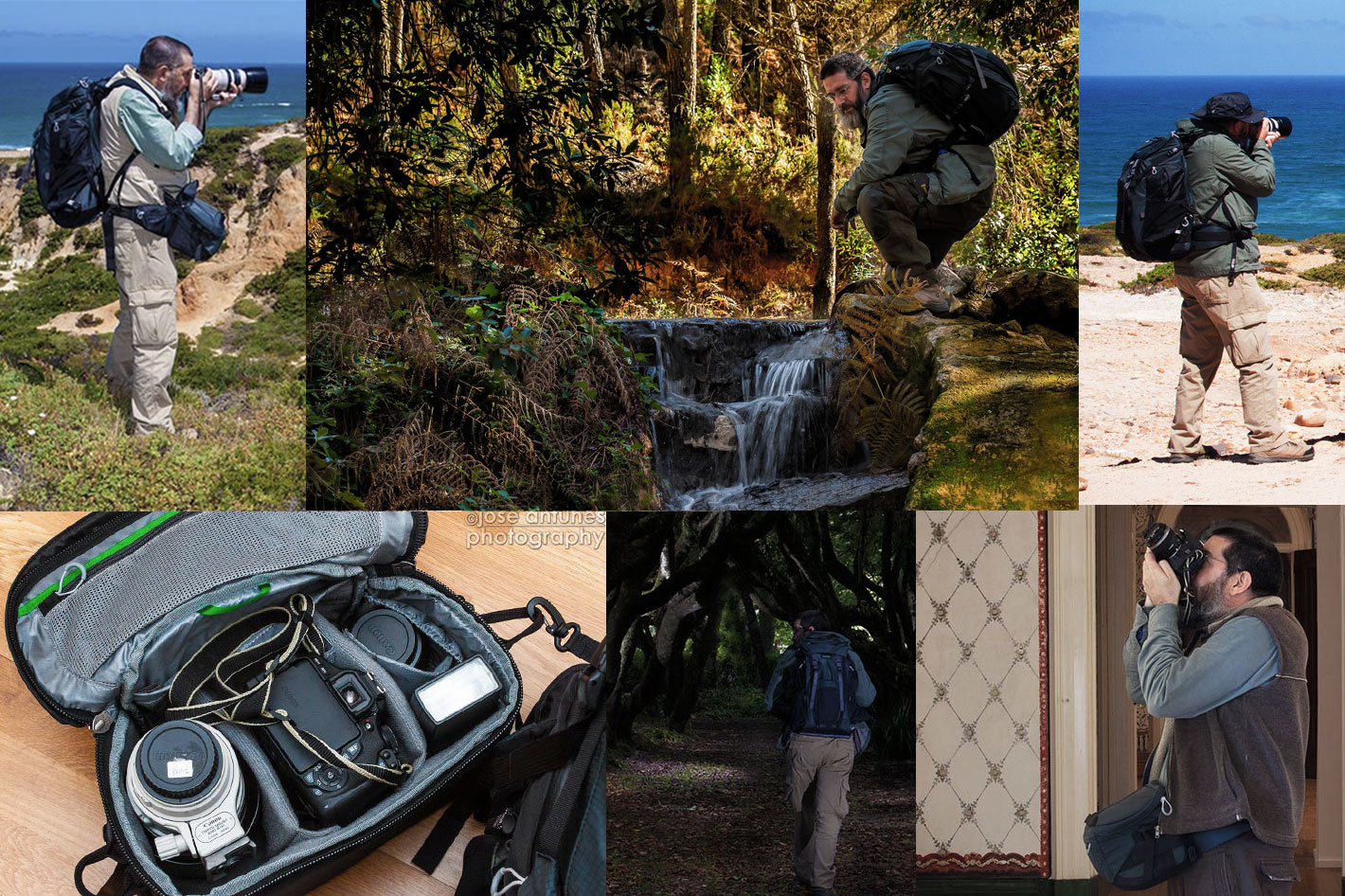 Which backpack to choose?

The decision to create three different sizes of the backpack means that independently of the size chosen, the user can expect to have the same good-looking bag, what is, from my perspective, a good thing. Also, if you’re a photographer that needs different sized bags, depending on what you’re doing, you may decide to buy not one but two backpacks. If those bags are from the same series, it becomes easy, despite some layout differences, to consistently pack gear the way you prefer, in either of the bags.

Still, as I wrote then, “the Rotation 22L is ideal for short hikes and is the bag I would choose for one day scouting trips. While it is true that the 38L version I own or the new 34L are not much larger, the fact is that they are overkill and for casual use the 22L backpack is a welcome addition to any collection of backpacks. Photographers, in fact, tend to have more than one backpack that they use according to the needs of each specific shoot.

Fully funded in four hours, the next generation of Rotation backpacks brings the classic outdoor series in three sizes,... 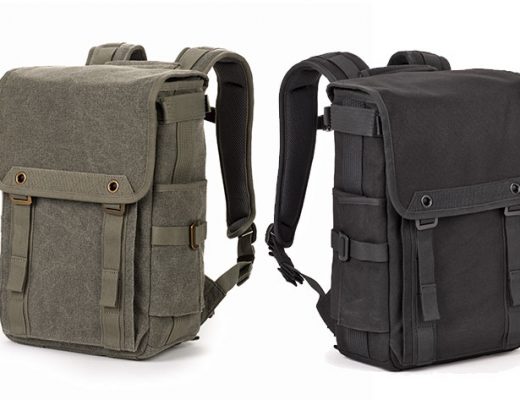 Looking like a backpack from yesteryear, the Retrospective Backpack 15L mixes the vintage looks with the durable materials from...