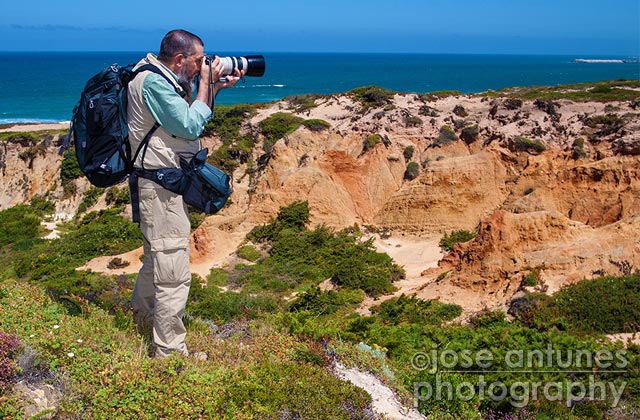 I've used Think Tank Photo bags for some years now, but I've always asked them for a solution adapted for outdoor photographers, and that's what their sister company, MindShift Gear, has created. The Rotation 180 Pro. They've launched a revolutionary backpack for  photographers.

Heir of the promises made with the Lowepro Orion backpack some 20 years ago, and afterwards the Rotation 360 from Think Tank Photo, the Rotation 180 Pro from MindShift Gear is probably one of the most revolutionary new backpacks for photographers. You’ve to use it to understand  fully what this means.

Being a photographer that does some stretches of the Atlantic coast and always has problems with the need to take a backpack down to get equipment, cause of sand and water, the Rotation 180 becomes easily the backpack of choice for those walks. I did use the Rotation 360 from Think Tank Photo, which I also have, but it had a problem of space: the beltpack would not fit my Canon EF 100-400mm zoom, which is one of my most used lenses, along with a few items more.  I did take the Rotation 360 for some trips, but it really did not work for what I intended it to do. 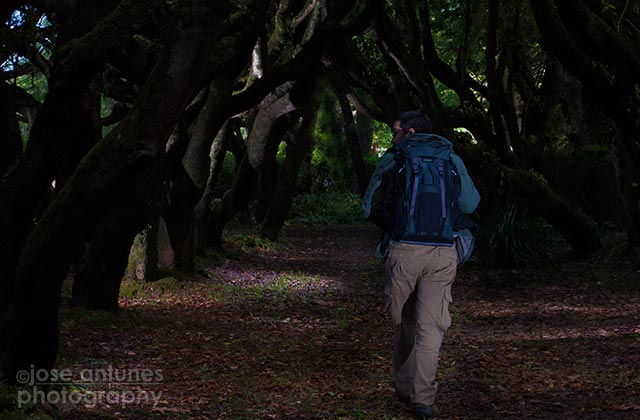 It's probably my fault, as I've been spoiled. You see, I've an old Orion backpack, the first of them all, with a waistpack and an independent small backpack. The waistpack was for years my bag of choice. It would carry a camera with lens, the 100-400, another lens, a flash and a few things more. I used it many occasions with its own backpack or any other backpack. More recently I moved on to the Think Tank Photo Speed Racer V2.0, which is probably the best photo bag in the world… in its category. It works as a shoulder bag but is also a waistpack you can rotate to your back when you do not need it. And it carries a lot of stuff. Beware! I've used it alone or with a small backpack. But what I dreamed about was something like the Orion and the Rotation 360. Well, the dream has become true. 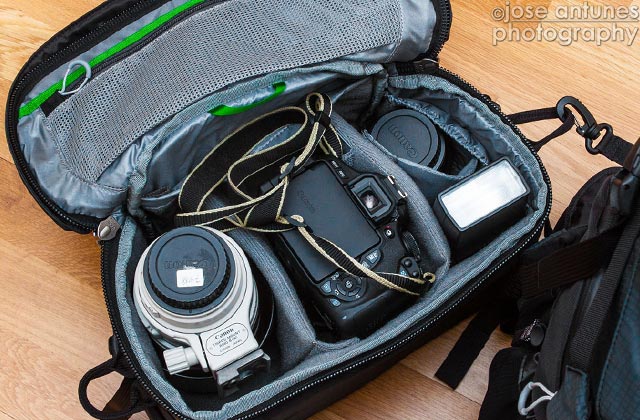 The Rotation 180  answers my needs in terms of mobility and access to gear. I've been out and about with the bag, and I am happy with the practical tests. In the Rotation 180 Pro beltpack I can fit an EOS 50D body with a 17-40mm L series lens, and carry a  EF 100-400, a 60mm Macro, a 580 EX II Flash,  one Flash Radio Trigger Phottix Odin TCU and receiver, a  radio remote shutter, a flash stand, extra batteries for camera and flash, and a few small items more. It's my first choice, now, when I prepare things to go out. I still keep, though, my handy Street Walker Hard Drive backpack, which is my “workshops” bag, a kind of “take the school anywhere you go”, as I wrote recently in an article in my own emagazine, FOTOdigital. Nothing beats it when it comes to take lots of equipment with you. In its own class, obviously…

The ease of access to the equipment in the beltpack together with the amount of gear you can carry there is what makes the first backpack from MindShift Gear so interesting. The Rotation 180 Pro adapts for either a day out or a longer journey. Contrary to other models, the frame on this backpack was not made so it stands up, once you take the beltpack from the lower area. This is a backpack to “wear“ most of the time, but if needed you can place it on the ground, and move around with just the beltpack, a “two in one” solution you’ll appreciate when you reach your destination. 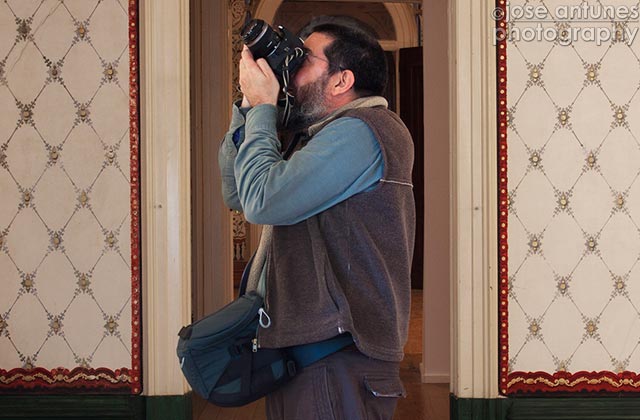 For me it has been one of the main assets of the Rotation 180 Pro. You can quickly access your gear any moment, while walking, by rotating the beltpack to the front, and then rotate it back “inside” the backpack. Once at the destination you can just wear the beltpack. I do think it is an ideal solution most photographers will love! Visit MindShift Gear to know more about their products!