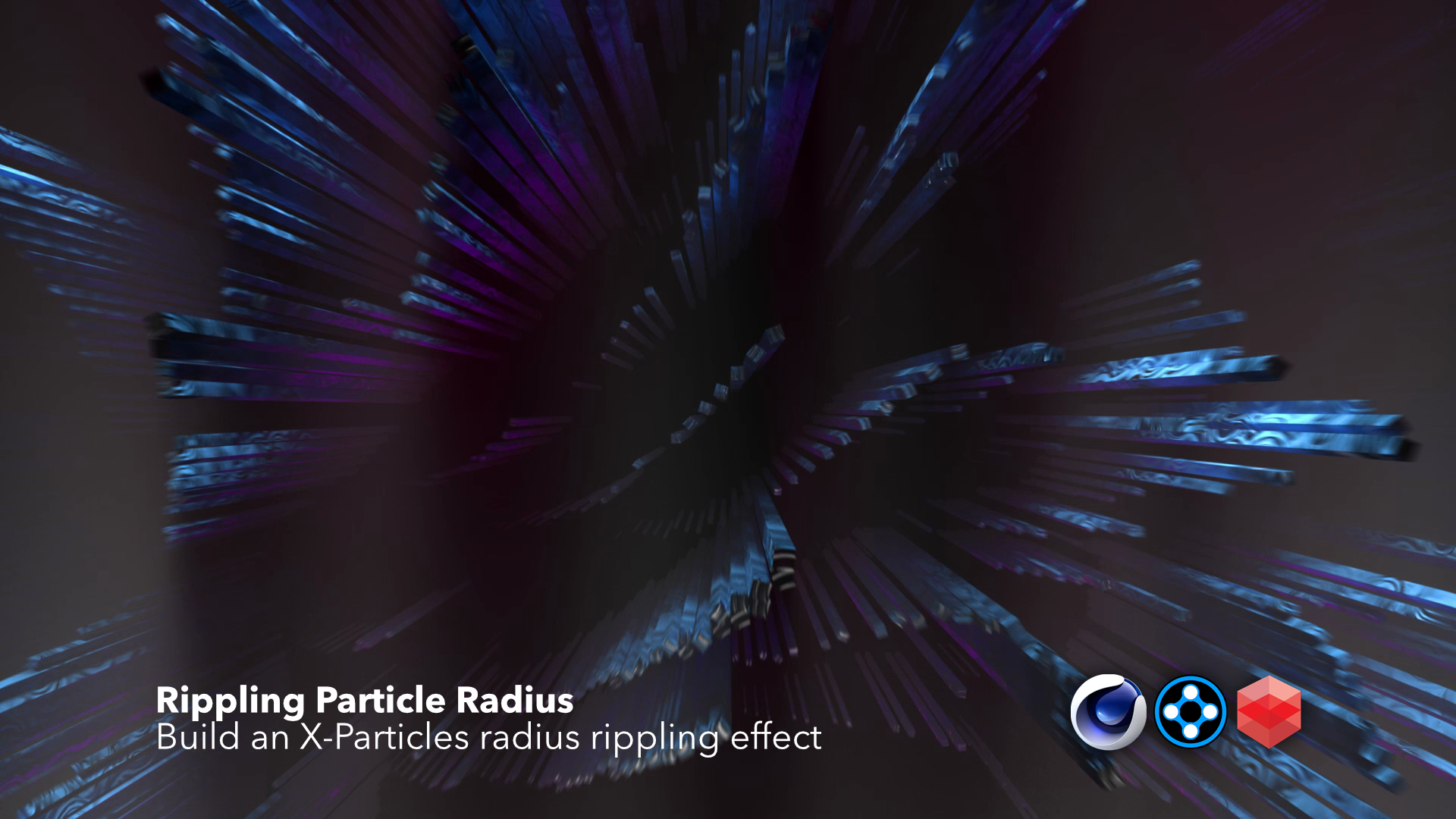 While the video shows a flat surface, you can easily use curved geometry surfaces to run the effect on. This core particle radius rippling concept allows for a variety of looks.  Just by changing the surface geometry we emit from as well as the visible geometry we attach to the particles, we can alter the final look.

Here are just a few samples of possible shapes and surfaces that could be used.