You asked, and Filmtools listened: Gear + Beers came to Orange County at the end of March to host RED, G-Tech, and Manfrotto while also carting out the usual free beer and tacos. Rob McPherson from the LA Kings and Scott Martin from Princess Cruises also spoke about their production workflows and the challenges they face in their respective fields. 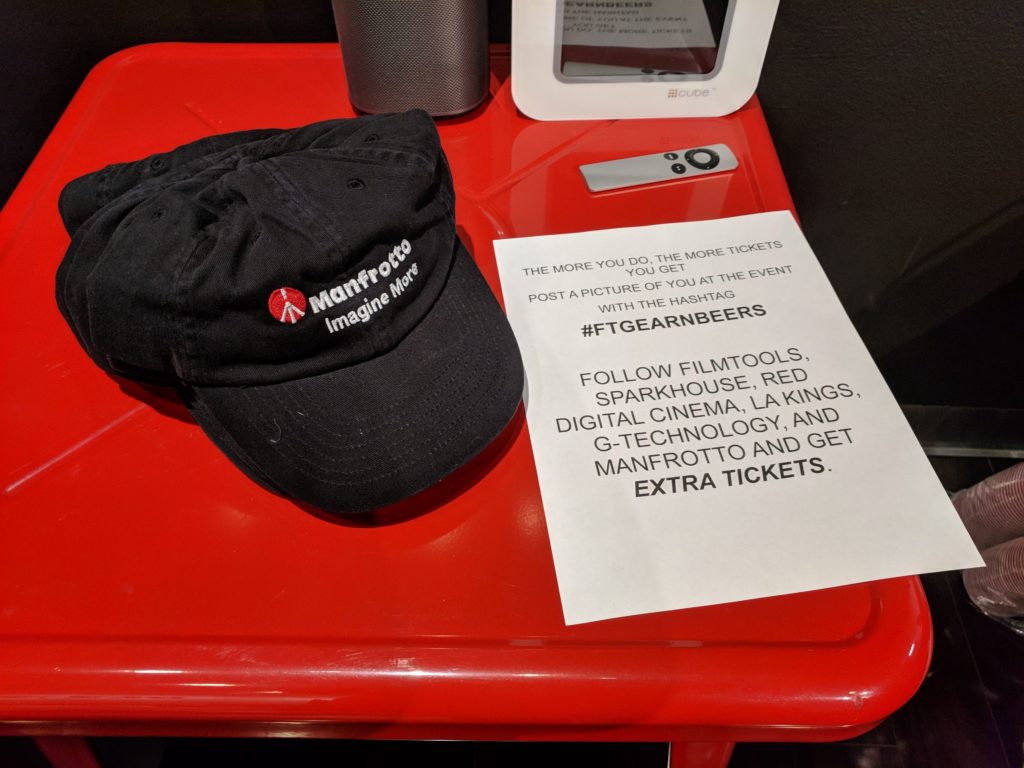 Irvine-based RED was the obvious darling of the event, showing off their brand new Gemini sensor. The Gemini is a mid-tier RED camera costing $24,500 to start. For that, you get RED’s newest S35 sensor with Dual Native ISO at 5K resolution and 2 stops more latitude than Helium in the EPIC-W body. The Gemini has two modes, Low Light and Standard, coming in at 3200 and 800 ISO respectively.

Having played with the camera in a room with the lights off, I can tell you first-hand that the low light mode is pretty much spotless. RED claims the 800 and 3200 ISO images will have the same level of noise and I’d be hard-pressed to argue against that. The videos showing Gemini footage up against Dragon at seem to back this up. Even at 12,800 ISO the image was impressive, using just a cell phone to light us in the room. While you apparently lose half a stop of total Dynamic Range in low light mode, Standard mode seems to hold onto highlights better than Dragon does, so that’s an added data point to think about. The Gemini has better DR than the Dragon sensor and less noise, so if you’re not in need of Monstro image quality or 8K resolution, the Gemini seems like a great option. 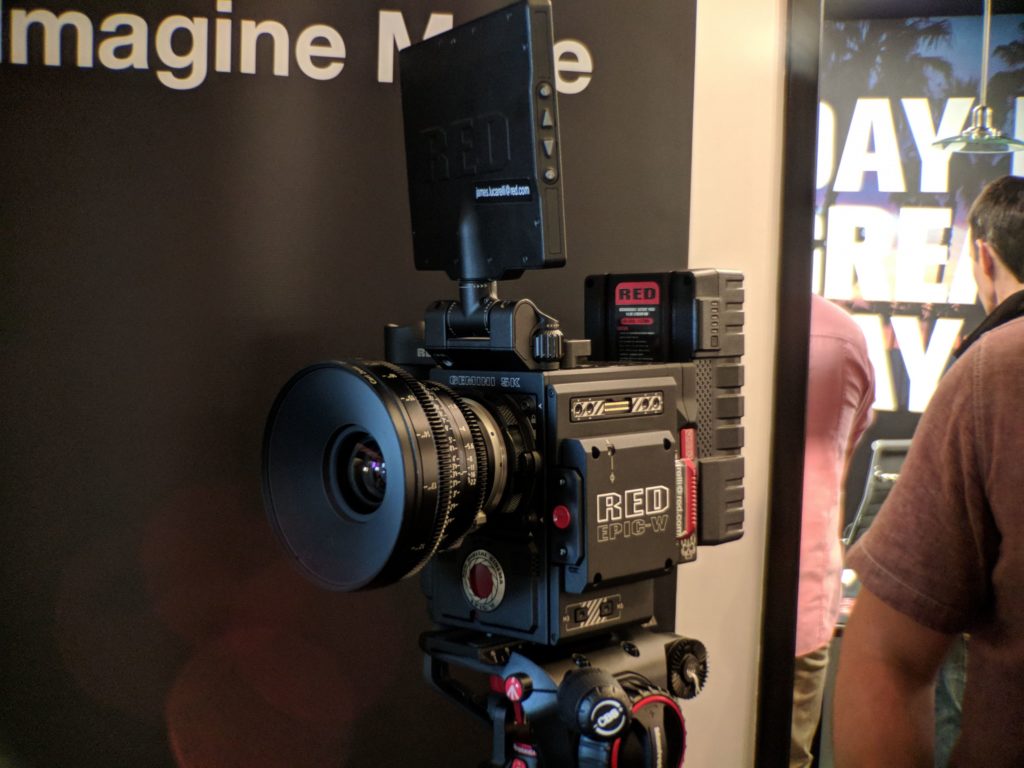 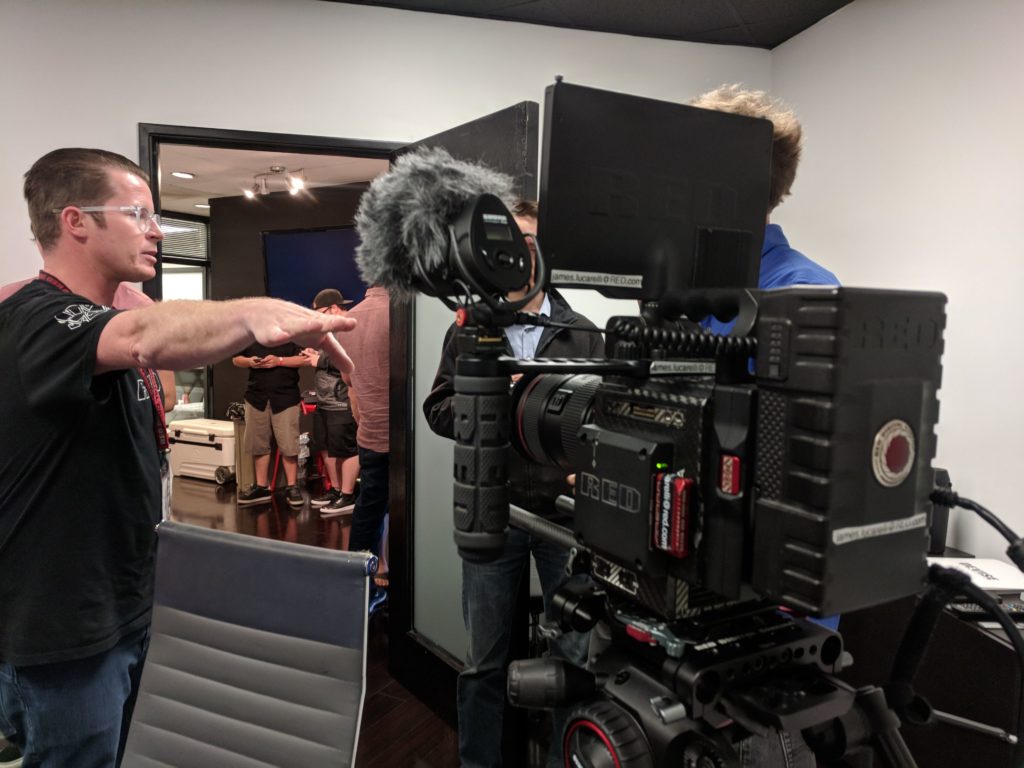 I’m still in the camp of not thinking insane resolution is always the most important thing, but this camera is like a Scarlet/Epic hybrid that’s hard to say no to, especially with that low light mode, as most of my work is incredibly run and gun. Only have to carry a tiny lighting package and still come up with a clean cinematic image is definitely enticing.

The REDs on display were supported by the Manfrotto Nitrotech heads that were being shown off at the event. The Nitrotech N8 and N12 (8kg/12kg capacities) use a nitrogen piston in their continuous counterbalance system instead of springs, adding a lot of longevity to the 4.9lb aluminum head. With the counterbalance disengaged it acts like a normal fluid head, but by rising it into place, the Nitrotech head will rest wherever you point the camera, essentially negating gravity’s effect on it. Counterbalance systems are usually only found on incredibly expensive heads (intended for much larger cameras), making the N8 at $450 an apparent steal.

Once the camera is balanced from front-to-back, you just dial in the amount of counterbalance your camera setup requires and you’re off to the races. The whole process takes maybe 15 seconds. It comes with a flat base for use on something like a slider (something I wish I had for my Dutti Dolly review), but also has a ball adapter for use on your usual set of 75mm sticks.

That being said, the base has a standard ⅜” mount on the bottom so theoretically you can attach the head to whatever you want. Get creative. 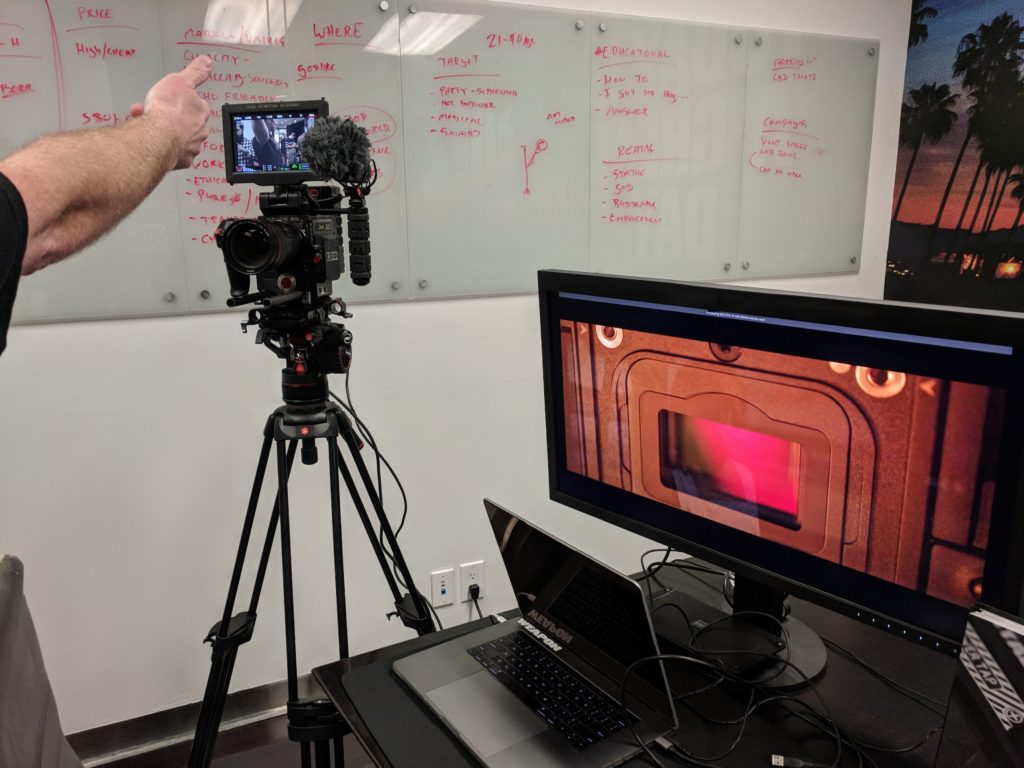 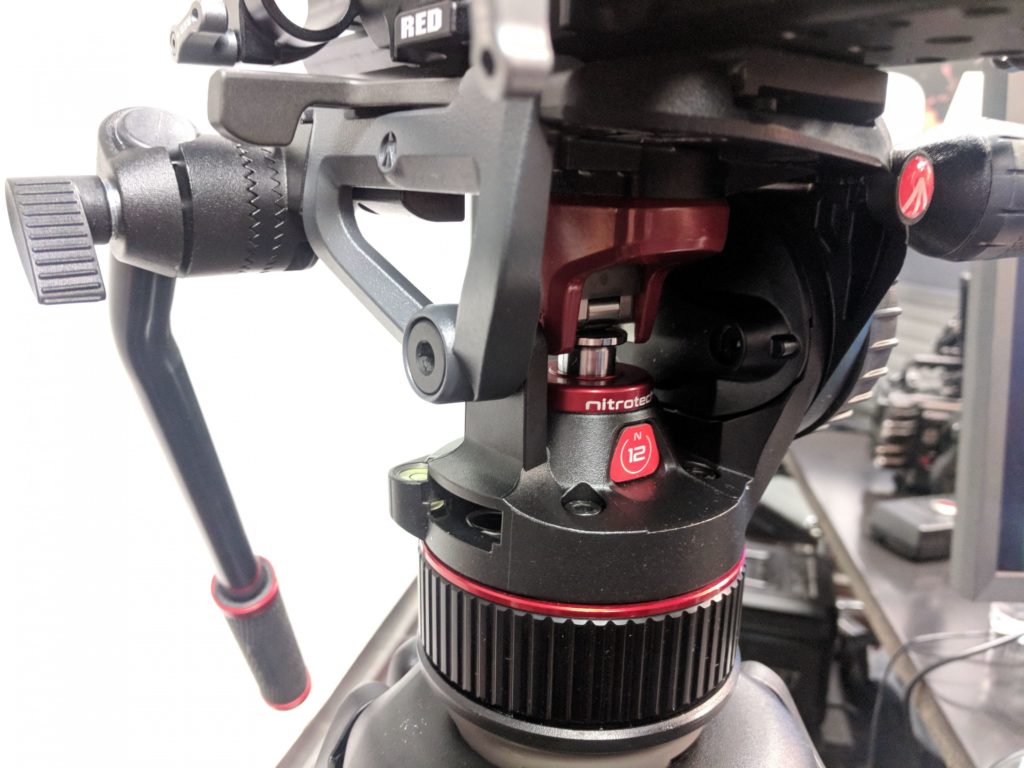 As I mentioned, Rob McPherson from the LA Kings and Scott Martin from Princess Cruises were at the event, and they talked a bit about what it’s like shooting at their respective posts.

Rob and the Kings saw their post production storage needs expand exponentially during their recent playoff runs. Between the 20 cameras (Epic-W’s and C300s) and the handful of GoPros they used, each generating about 1TB of footage by the third, they were flying through drives. It got to the point where Rob was running to Best Buy every other day to buy up two new ones. The trial by fire taught them a lot and they’re now helping their parent company AEG with streamlining and optimizing their storage situation. The Kings are currently sitting on a half petabyte of footage on their server, and that’s expected to be at 1 petabyte by the end of the year.

Scott discussed the workflow of shooting hundreds of hours of travel footage for Princess Cruise Lines, specifically the need to be able to pull clips from years ago, which underscored the importance of organization. A search for “Bear, 2015, Close Up, Alaska, Breath” should be able to bring up the clip you’re thinking of, and quickly. Scott and Princess Cruises have gone with G-Tech from top to bottom from their mobile drives to the shuttle systems, which G-Tech had on display as they did at the prior month’s Gear+Beers event. 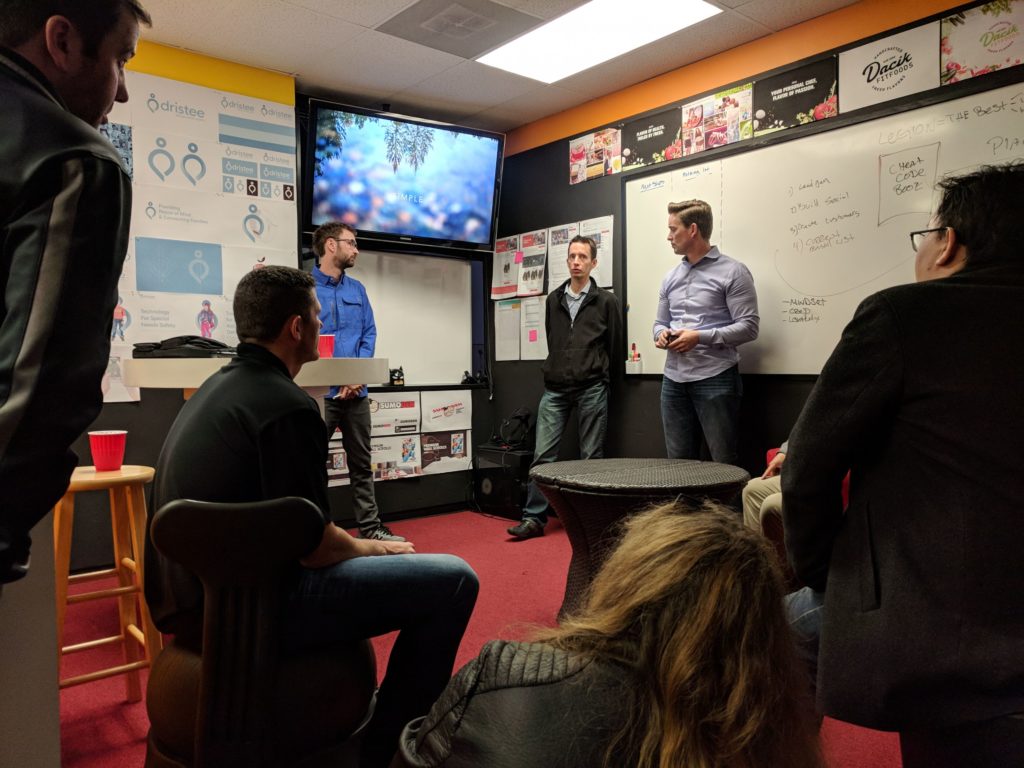 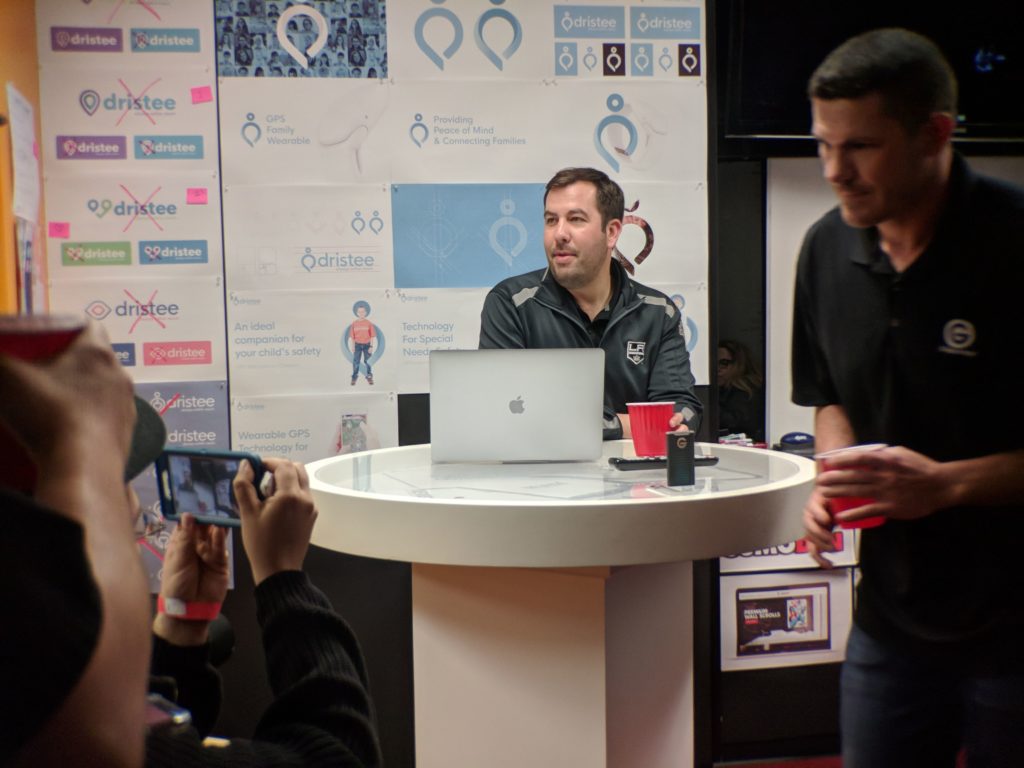 These events are great for getting your hands on new equipment from leading cinema companies, but G-Tech, Manfrotto, and FilmTools also raffled off some great prizes. Those prizes included various drives (like the MobileSSD), a tripod, a monopod, and tickets to see the LA Kings play at the Staples Center.

As great as it is to get your hands on this stuff and even walk away with something free, the ability to meet folks from what are often wildly-different industries is what makes these events so worthwhile. It’s impossible to overstate how valuable it is to take the time to discuss the challenges and solutions that other people are working through, learn something new, and make some good connections. With tons of film professionals in the OC area, Filmtools intends to throw these things every 4-6 months or so, which is a great thing for everyone. 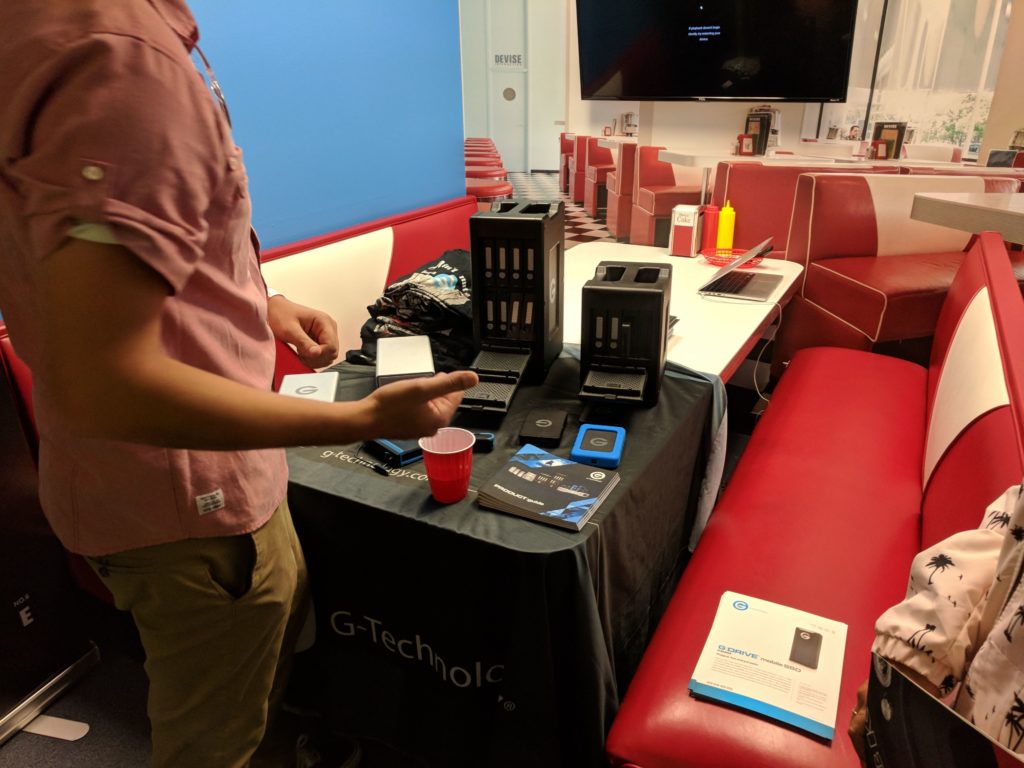 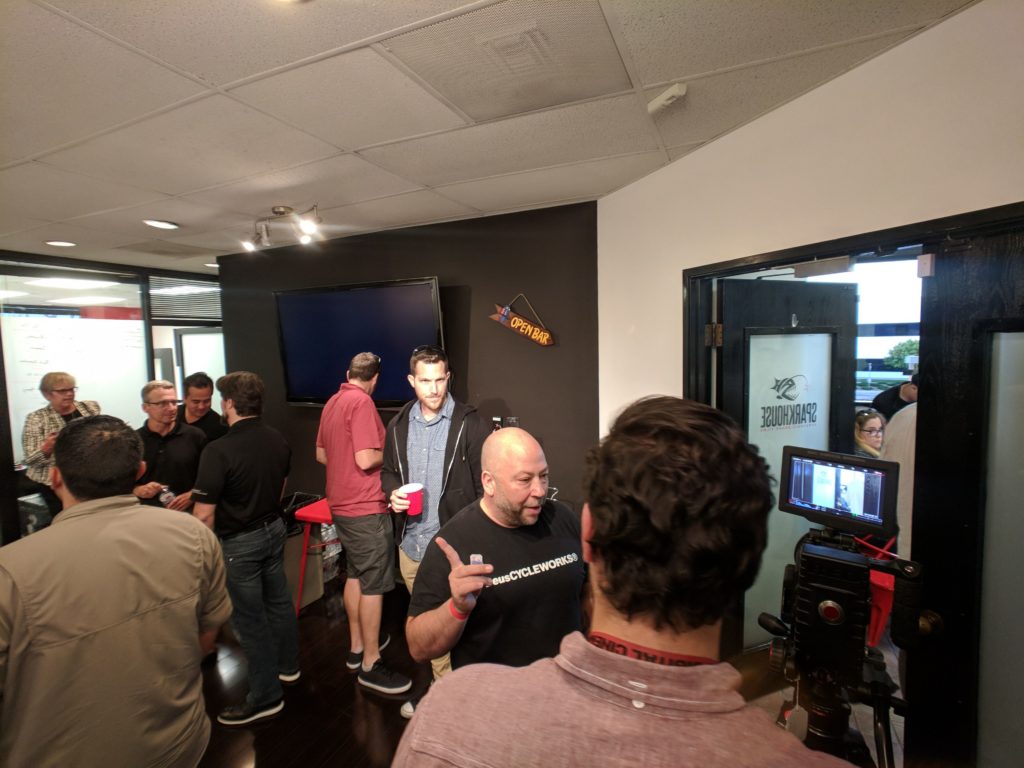 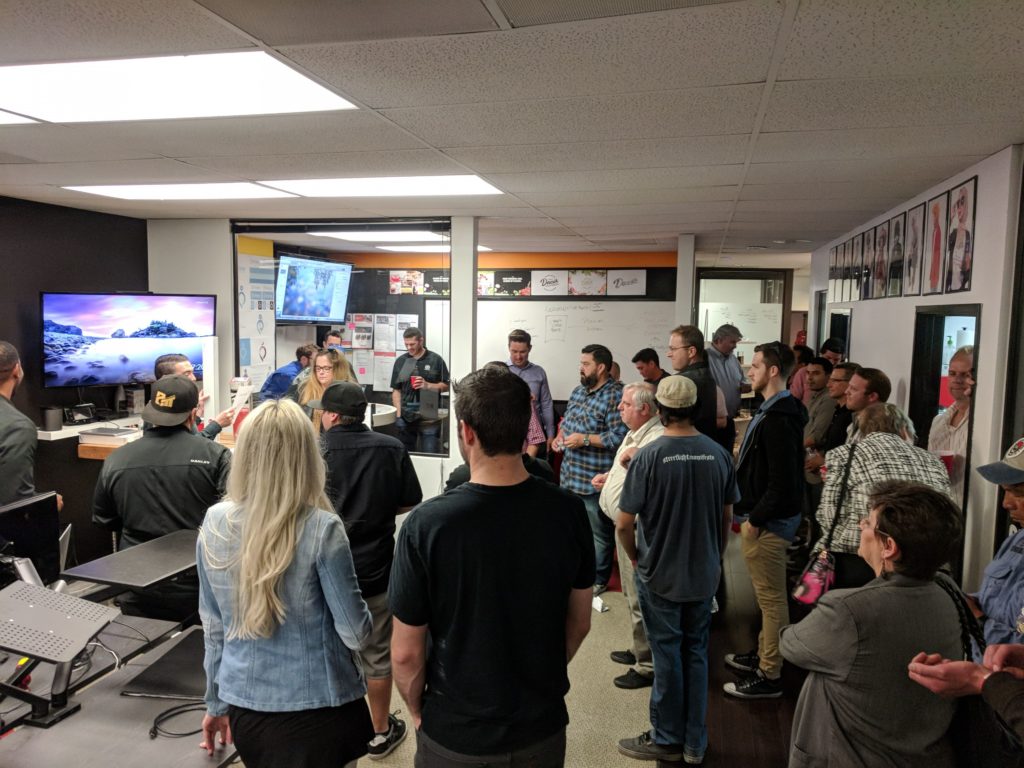 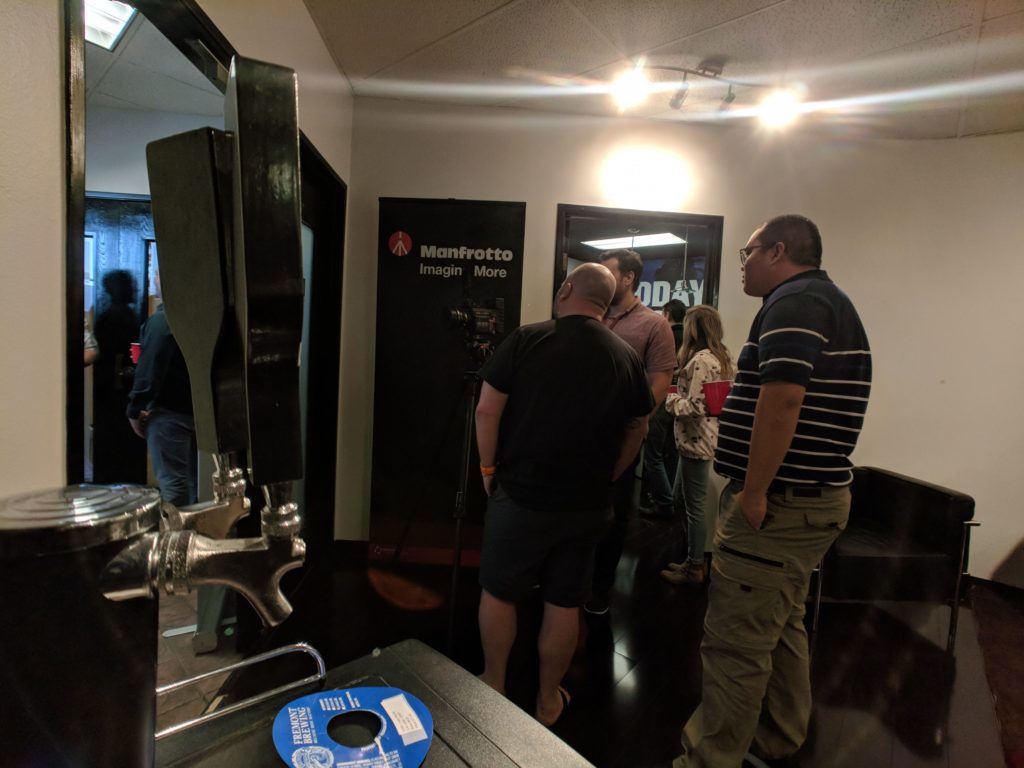