There comes a time in every working filmmakers life where at the end of the day, they have to dump all the footage they shot onto a couple hard drives for delivery and backup. Quite often, this happens on-location or in the field, which is one of the reasons so many people have tried to perfect their backup strategy.

The perfect backup strategy isn’t an exact science though, and I’ve seen far too many people who are wrapped on set begin this process as if they were performing some sort of ritual. They’ll place their drives ever-so-gently into a pelican case, and then into another case, just praying that their process ensures a devastating jostle doesn’t occur in transit and ruin their transfer, or potentially corrupt their files. Usually, that means a transfer to one of the orange rugged drives from Lacie and then transferred to trusty G-Drives back at home base.

While those drives (and ones like it) are quite rugged, what if you wanted another option? What if you’ve got no room to spare in your bag and you’d rather have the peace of mind that your work is safe instead of hoping and praying nothing went wrong with your transfer or with the drives themselves?

The G-Drive Mobile SSD R-Series from G-Technology solves all of the aforementioned problems. As a Solid State Drive, there’s no needle to jostle, the speed far outpaces an HDD, and its’ size means you don’t need to make special space considerations when bringing it from here to there. Here are some stats from GDrive:

That’s all well and good, but if we’re being honest, it’s not that hard to evaluate whether or not a drive works. The big thing I wanted to test was whether or not I could actually trust it to not corrupt my footage under pressure. So, after two weeks of filming between my Canon C100mkII and Sony X3000, I loaded all of that footage on to the drive and did a perfectly normal, middle-of-the-road durability test: I took it back-country snowboarding. 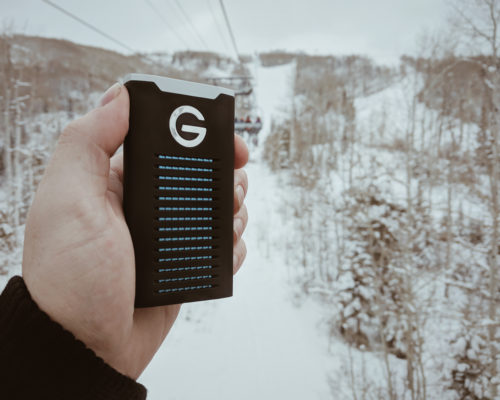 With no fanfare or padding, I chucked the drive into my Snoblast Camelback along with my phone, X3000, and two Moment cell phone lenses (all in the same compartment) and took to the slopes of Steamboat Colorado. Guarded from the elements only through a thin layer of ripstop, I took it from 6,900ft to somewhere around 10,000ft where the temperature difference was around 20°, dropping from 33° to 11°.

That drive saw a relatively full day of riding with me taking laps up and down the mountain and around the Morningside run on the back-side between 9am and 3pm. I even went into a very warm mid-mountain lodge for lunch, a temperature and atmosphere difference which could be death for electronics. My beard was completely frozen. Throughout the day I crashed, sat in snow for a while and  even cracked a rib (I think, it might just be bruised). Through all of that, the little pocket-sized SSD was bouncing around the top compartment of my backpack among the other hard chunks of half-frozen metal and plastic I had in there.

The test was on: would this drive be destroyed, or would it safely transfer the goods to my boss’ aforementioned “traditional” LaCie drive? Would there be water damage? Impact damage? Would it even boot up? Did I ruin a review copy of borrowed hardware?

When loading the footage on to the drive from the SD cards, I used my boss’ mid-2014 15″ Macbook Pro running OS Sierra 10.12.6 with a 2.5GHz Intel i7 processor. It transferred the 129.56GB package via USB2 in 28min and 58sec. My computer at home is a custom built Windows PC running an Intel i7-7700K 4.20GHz processor. When transferring from the GDrive to my Media Drive (a 5TB Toshiba 7200 RPM SATA drive) via USB 3 it took 15min 50secs at a consistent speed of 125MB/s. When transferring to my SSD (my main one, a MyDigital 1TB BP5e 2.5″ SATA drive) it shaved off 5 minutes and clocked in at 10min 42sec. Interestingly, the SSD-to-SSD transfer rate fluctuated where the HDD transfer was rock solid, albeit slower. 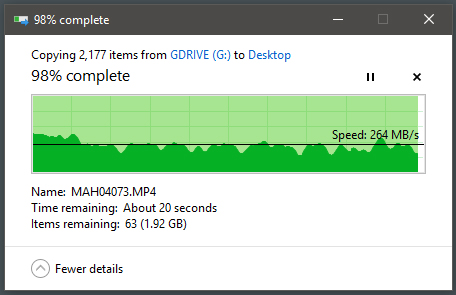 As you can see, it was almost twice as fast as the HDD download, fluctuating between around 350MB/s and 250ish. Definitely shy of their stated max rate of 560MB/s, but there are a ton of factors that go into transfer speeds. I’m sure if I uploaded the package from the SD cards to the GDrive using my PC and the USB3 ports, I would see a similar uptick. Overall, it was quite impressive considering how small and genuinely robust the drive is. I would happily chuck this thing into my pocket and go about my day with zero fear. Especially since I already did.

I got to thinking: what if you don’t have a laptop but need to get those files saved? How mobile is the Mobile SSD?

Well, if you have an Android phone and way too much time on your hands, you’re in luck! I do have to say though, this is overly-complicated and you’ll have to spend $4 on an app that has a horrible UX. That being said, it works. The problem lies in formatting: the Pixel XL (my phone) formats drives in FAT32 and my Canon C100mkII and Sony X3000 format in exFAT. You don’t need to know what that means, but the Pixel can’t read exFAT. Microsoft owns that format and it’s a long story. Moving on.

First, I bought a cheap $10 USB-C SD card reader with an extra USB port on the side. After that, and with some expert Googling, I found an app called Total Commander that has easily the worst user interface I’ve ever experienced, but maybe that’s just a raw Linux thing. In any case, it allows you to access and transfer files to exFAT drives after you pay them a modest $4. Licensing is fun, isn’t it? From there I plugged in the GDrive, the SD card, haphazardly discovered how to Copy/Paste between the two and voila, we had movement. 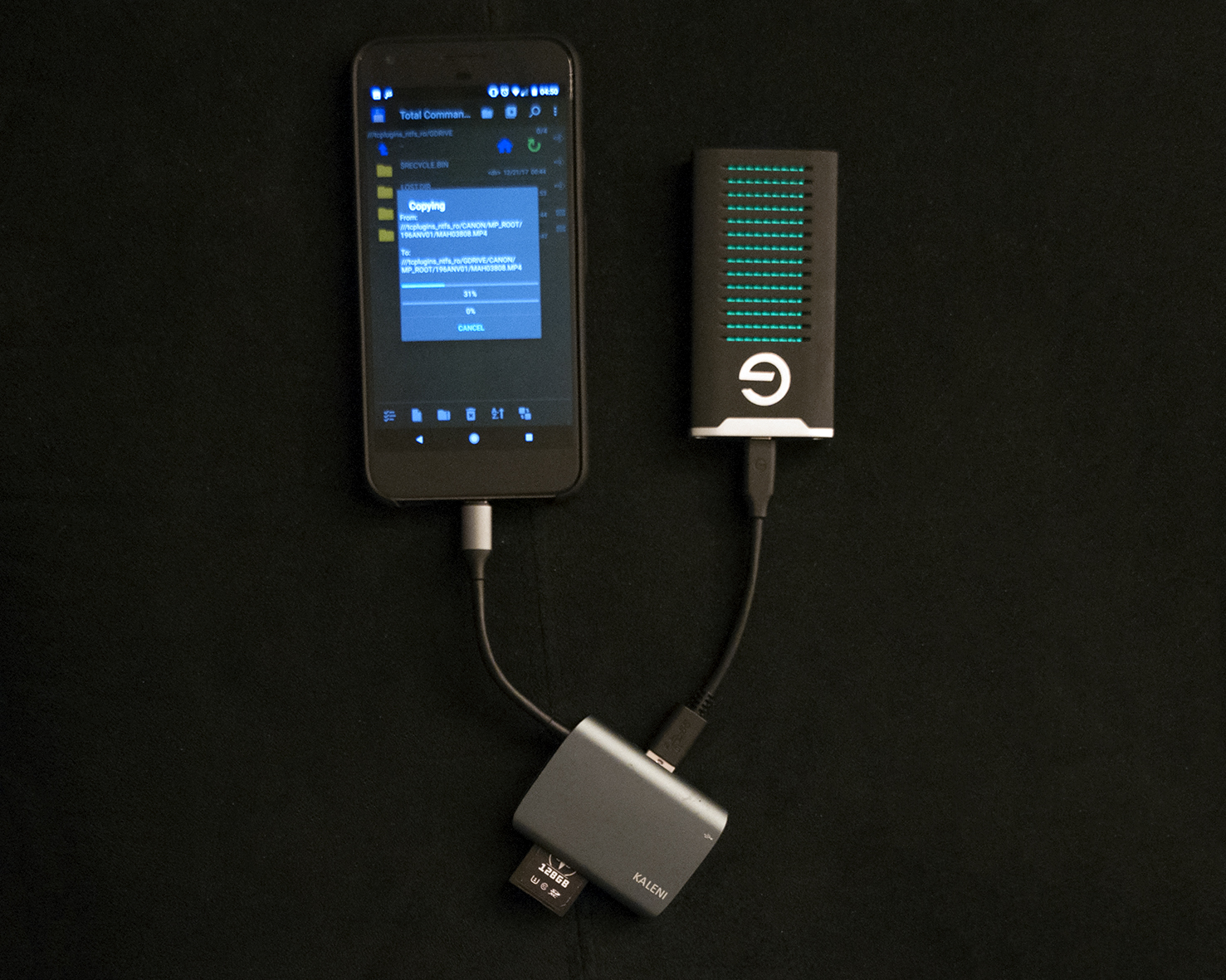 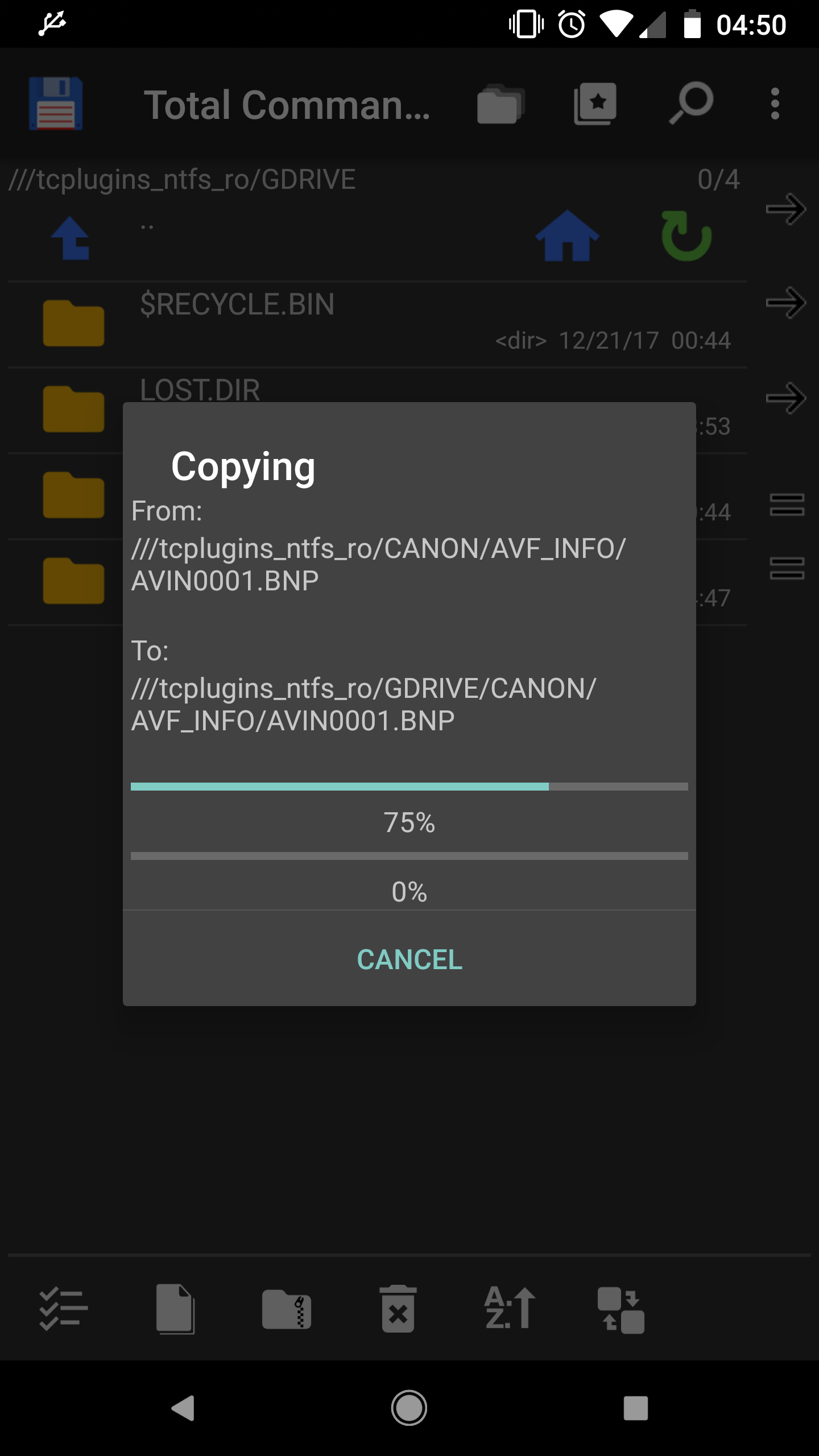 Pretty cool right? I don’t know how useful that is to you, but it’s doable. If saving bag space is absolutely critical, then this would technically work. After all, a cellphone is just a small computer.

So, overall, how great is the G-Drive Mobile SSD R-Series? In my book, it’s totally worth the price point at the 500MB and even 1TB mark. For $800, I might wait on the 2TB version. Now, this small of a drive probably only works from a practical sense for filmmakers still shooting in HD or for smaller single or two-day shoots, but that’s still a ton of us. For photographers it’s an easy choice. 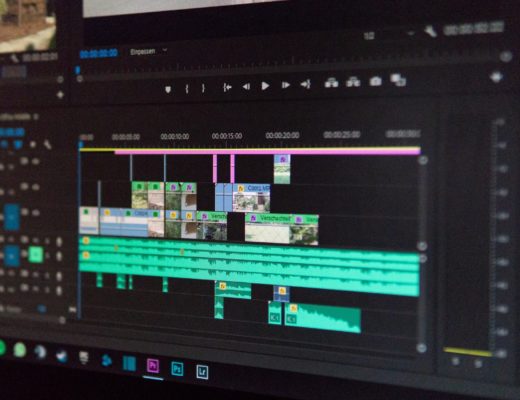 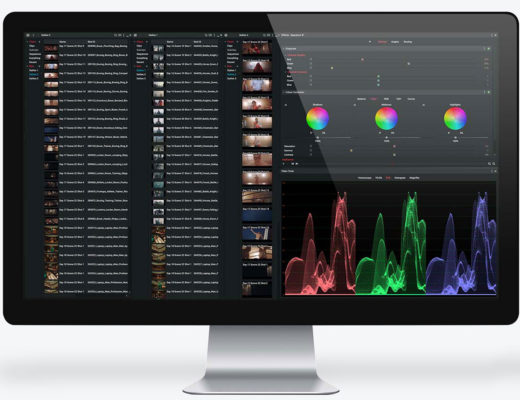