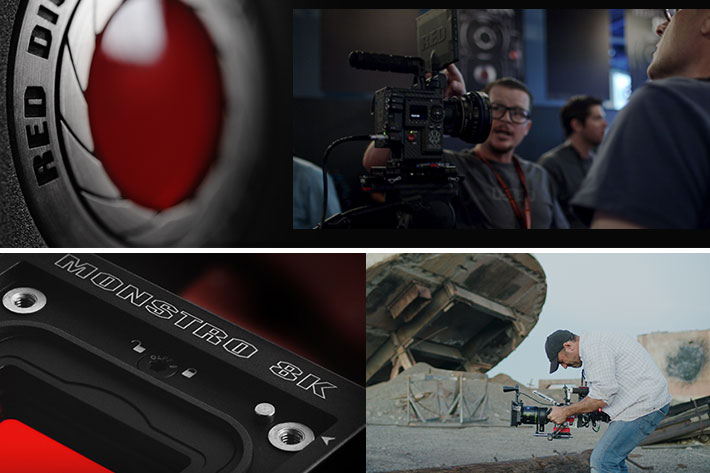 RED will be at Cine Gear Expo to show, for the first time, its new DSMC2 camera line-up. Attendees will also have the chance to listen to DP Christopher Probst explain how the short film Epoch was shot.

The 23nd Annual Cine Gear Expo returns to the Paramount Studios on May 31-June 3, 2018. The 2018 event offers over 300 exhibits (June 1-2) along with dozens of complimentary seminars and panels. Attendees can also enjoy the Cine Gear Film Series competitions and film screenings in Paramount’s state of the art theatres.

RED Digital Cinema will be at Cine Gear Expo this year in Los Angeles at The Studios at Paramount from June 1-2. Located at Booth S101 in Stage 17, RED will showcase its DSMC2 camera line-up featuring its premier sensors, MONSTRO 8K VV, HELIUM 8K S35 and GEMINI 5K S35. The new system, based on one camera BRAIN with three sensor options, which ProVideo Coalition mentioned before, will effectively debut at the event. This modified camera line-up represents a more streamlined approach which will result in a price reduction compared to RED’s previous camera line-up.

Because cameras only exist for telling stories, RED will also be taking attendees behind the scenes on Christopher Probst, ASC’s new short film, Epoch. On June 1 at 12:45pm and June 2 at 11:45am, at the the Sherry Lansing Theater, Probst will break down his approach to shooting the short film, set in a post-apocalyptic world of harsh, dusty exteriors and dark desolate nights. Probst and director Rich Lee relied on the sensor qualities of the RED MONSTRO to deliver a visually compelling 13-minute narrative finished in 4K.

There is a story behind the short film Epoch, which started when Jarred Land asked “Christopher Probst and Director Rich Lee to take Monstro 8K out and do a little something to put it through it’s paces, just for fun”. The result was Epoch, about which Christopher Probst wrote a first comment at REDUser forums, revealing that “Epoch was a beast to pull together and the shoot was minimally staffed and among the more challenging in my career. Post production presented similar hurdles in its own right and though it took longer than any of us would have liked, we are happy to present it here for you all!”

There is an interesting conversation  growing at RED User forums about the whole production process, with more notes from the people involved, that you may want to check, if you want to know more about the behind the scenes of this project. The short film Epoch, which tells the story of a lone woman searching for others as she struggles to survive in a desolate, post-apocalyptic wasteland, is the newest in the series Shot on RED, created to demonstrate the potential of RED’s cameras and sensors. Watch the 13-minute short film now!