RED’s camera line-up grew to the point it was a puzzle to get the camera you wanted. That ends now, said Jarred Land, and so the true, unified DSMC2, was born, pointing to the future of RED. 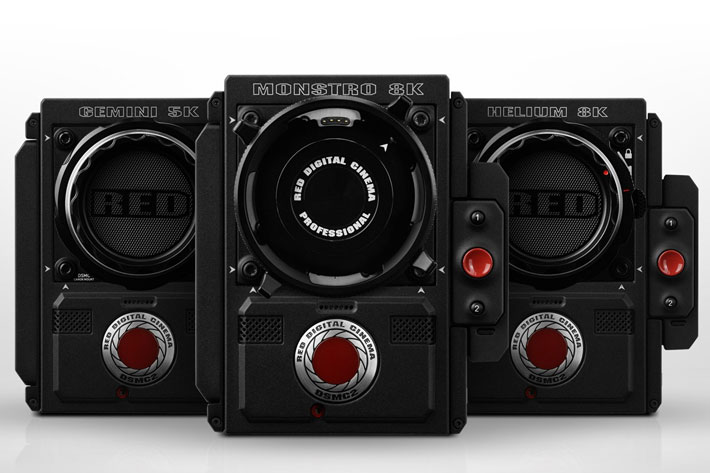 RED has put an end to the confusion of camera bodies, insides and sensors on their catalog. Starting this month, there is only a single body to pair with any of three sensors, meaning prices are being reduced too.

The official word has it that RED Digital Cinema is advancing its product portfolio of high-quality cameras and sensors with a focus on simplicity, price and quality for customers. According to the information distributed, ”RED’s camera line-up will be modified to include one DSMC2 camera BRAIN with three sensor options – MONSTRO 8K VV, HELIUM 8K S35 and GEMINI 5K S35. The single DSMC2 camera BRAIN includes high-end frame rates and data rates regardless of the sensor chosen and, in addition to this new value, the streamlined approach will result in a price reduction compared to RED’s previous camera line-up.”

This may come has a surprise to some people, but apparently it’s a goal RED was chasing after for a while. On RED user forums, Jarred Land wrote that “most of you know we have been working on the upgrade paths from Scarlet-W to Gemini for the last few months, and along the way the process turned into something much bigger. Our Camera lineup as most of you can agree has gotten a little bloated and confusing.”

Picking a brain and a sensor was not always as straightforward as originally intended, because for specific framerates you need, says Jarred Land, “to have this brain but it wont work with this sensor.. etc. etc. ” So, as he puts it, “we saw the opportunity to reset everything and we grabbed it.”

That’s the conversation Jarred Land, President of RED Digital Cinema has kept with RED users on the forums. The official word, also from his mouth, is this: “RED was founded with the desire to democratize the digital cinema camera industry by making trailblazing technology accessible to shooters everywhere, and that mission has never changed. With that in mind, we have been working tirelessly to become more efficient, as well as align with strategic manufacturing partners to optimize our supply chain. As a result, today I am happy to announce a simplification of our lineup with a single DSMC2 brain with multiple sensor options, as well as an overall reduction on our pricing.”

RED’s DSMC2 camera BRAIN is a modular system that allows a shooter to configure a fully operational camera setup to meet their individual needs. RED offers a range of accessories including display and control functionality, Input/Output modules, mounting equipment, and methods of powering the camera. The DSMC2 camera BRAIN is capable of up to 60 frames per second at 8K, offers 300 MB/s data transfer speeds and simultaneous recording of REDCODE RAW and Apple ProRes or Avid DNxHD/HR.

The RED DSMC2 camera BRAIN paired with each of RED’s sensor options provides the ultimate blend of flexibility and performance. And now it is simple to choose. Pick one body. All Weapon inside. A true, unified DSMC2. Then choose your sensor. DSMC2 with Monstro. DSCM2 with Helium. DSMC2 with Gemini. See below what you get with the different options:

RED will begin to phase out offering new sales of its EPIC-W and WEAPON camera BRAINs immediately. In addition to the changes to the camera line-up, RED will also begin offering new upgrade paths for customers looking to move from older RED camera systems or from one sensor to another. The full range of upgrade options can be found here.

“We would not be where we are today without the continued support of our customers,” continues Land. “And after having many conversations with a wide range of those customers, now is also the perfect time to announce our latest loyalty programs to give them the opportunity to upgrade to the latest RED technology.”

The announcement of RED’s unified system is still fresh, and the discussion online continues strong, with close to 500 messages in the last 24 hours. The general tone is one of excitement over the news. RED has a variety of options for upgrading, trading in and acquiring models, and has also revealed a list of models that cannot be upgraded: RED ONE, EPIC MYSTERIUM-X, SCARLET MYSTERIUM-X and RED RAVEN. As it is, these models are not eligible to upgrade to the DSMC2 MONSTRO, DSMC2 HELIUM, or DSMC2 GEMINI. If you own a WEAPON MONSTRO 8K VV and are wondering about upgrading it, the good news is that you don’t need to, as your camera already has the specs and sensor of the “new” DSMC2 MONSTRO.