The fix-it-in-post mantra may have its days numbered, as, for various reasons, modern day studios are turning to real-time engines for their animation or visual effects pipeline. 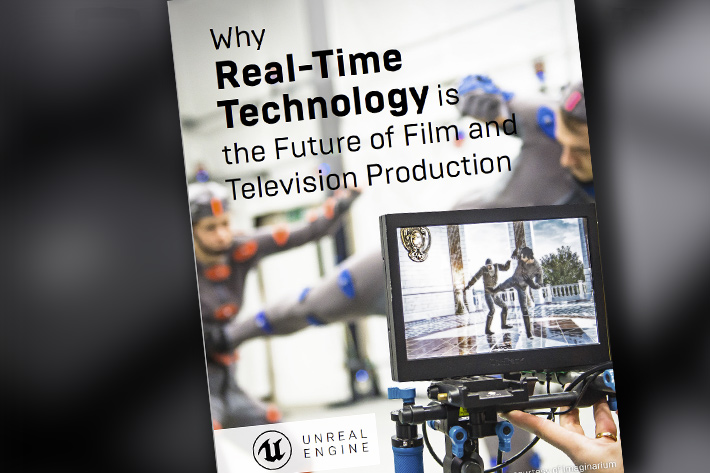 A real-time production pipeline is transformational and can reap savings in both time and money, while it also cuts down on editing and rendering, reveals a recent white-paper from Unreal Engine.

The industry buzzwords may well be 3D, 360 video, HDR, but another term needs to be entered in the same category: real-time technology. As artistic demands on computer graphic technologies continue to increase in the face of ever-tightening schedules and smaller budgets, the film and television industry is undergoing a new paradigm shift. This shift is being driven by real-time technology. The next evolution in content production will unquestionably rely on being real-time, interactive, immersive, programmable, non-linear, and viewer-customizable.

The Times They Are A Changin’ , sang Bob Dylan in 1964, and 53 years later they surely are changing fast. As Peter Skosvbo, Producer at Digital Dimension says, “it’s just a question of time before this kind of engine becomes a mainstay in the industry. Is that one year? Two years? Five years? I don’t know, but I do know that it’s coming.” That’s the final conclusion of a recent white paper published by Epic Games about its Unreal Engine, titled Why Real-Time Technology is the Future of Film and Television Production. 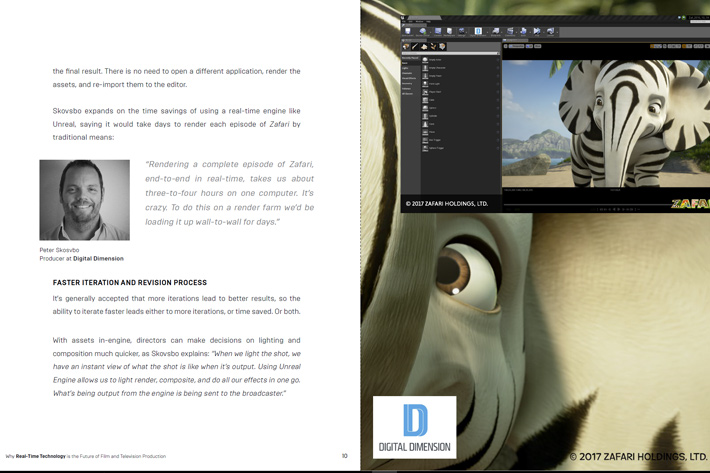 The document takes us back in time, to when “Eadweard Muybridge rigged a series of twelve cameras together in the 1870s to study the movement of galloping horses”, the moment when “the concept of a motion picture was born” and takes us through decades, demonstrating “how the film and television industry has benefited from a myriad of technological advances and, in turn, has driven them”. The patch takes us to the present, and to the experience of four companies – Darkside Studios, Digital Dimension, Imaginarium, and Original Force – who give their take on the benefits of real-time production. Those conversations and the remaining information gathered by Unreal Engine made it possible to create a white-paper which reflects on what’s next for the industry. 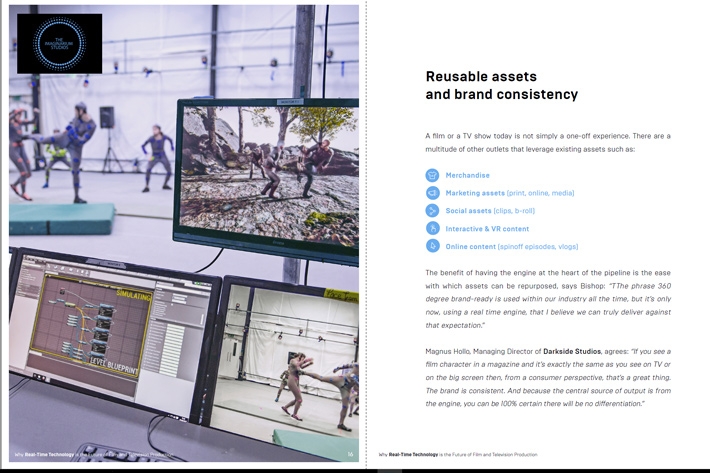 “Discover how real-time production is revolutionizing the film and TV industry!” wrote Keef Sloan, on the opening paragraph to present the 18 page document, Why Real-Time Technology is the Future of Film and Television Production.. Making his words mine, if you are eager to hear from creative professionals about how real-time technology is enhancing their workflows and saving them valuable time and money in the process, follow the link and download the document. It’s good reading for this weekend. Or whenever you’ve time to reflect on the changes happening… in real-time.