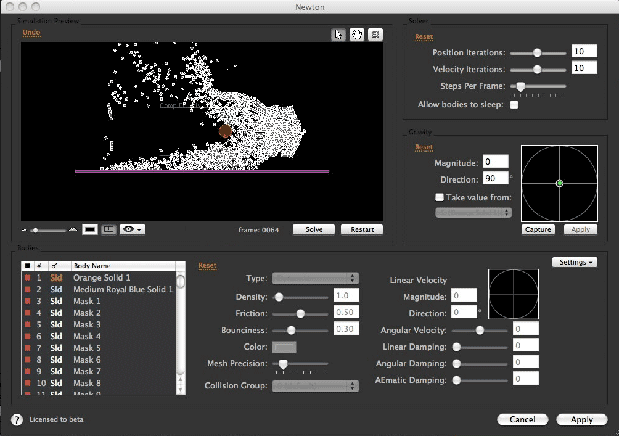 Motion Boutique has announced the upcoming release of Newton, the first physics engine for After Effects:

Newton interprets each 2D layer as a rigid object in a real environment. Once the simulation is calculated, the corresponding animation is recreated in After Effects as keyframes.

It’s been a few years since Stu Maschwitz asked “some nerd” and we’ve seen Cinema 4D, SketchUp, and Adobe Director and Flash get physics, so this is good news (via Brad Chmielewski). Even if it’s not a native tool. By the way, Motion Boutique has other tools available though nab scripts and AE Scripts.

There’s also some demos on Vimeo, but the best one is only in French:

Newton for Adobe After Effects, first tech demo. from motionboutique on Vimeo.