Plus a whole new image processing design for improved quality 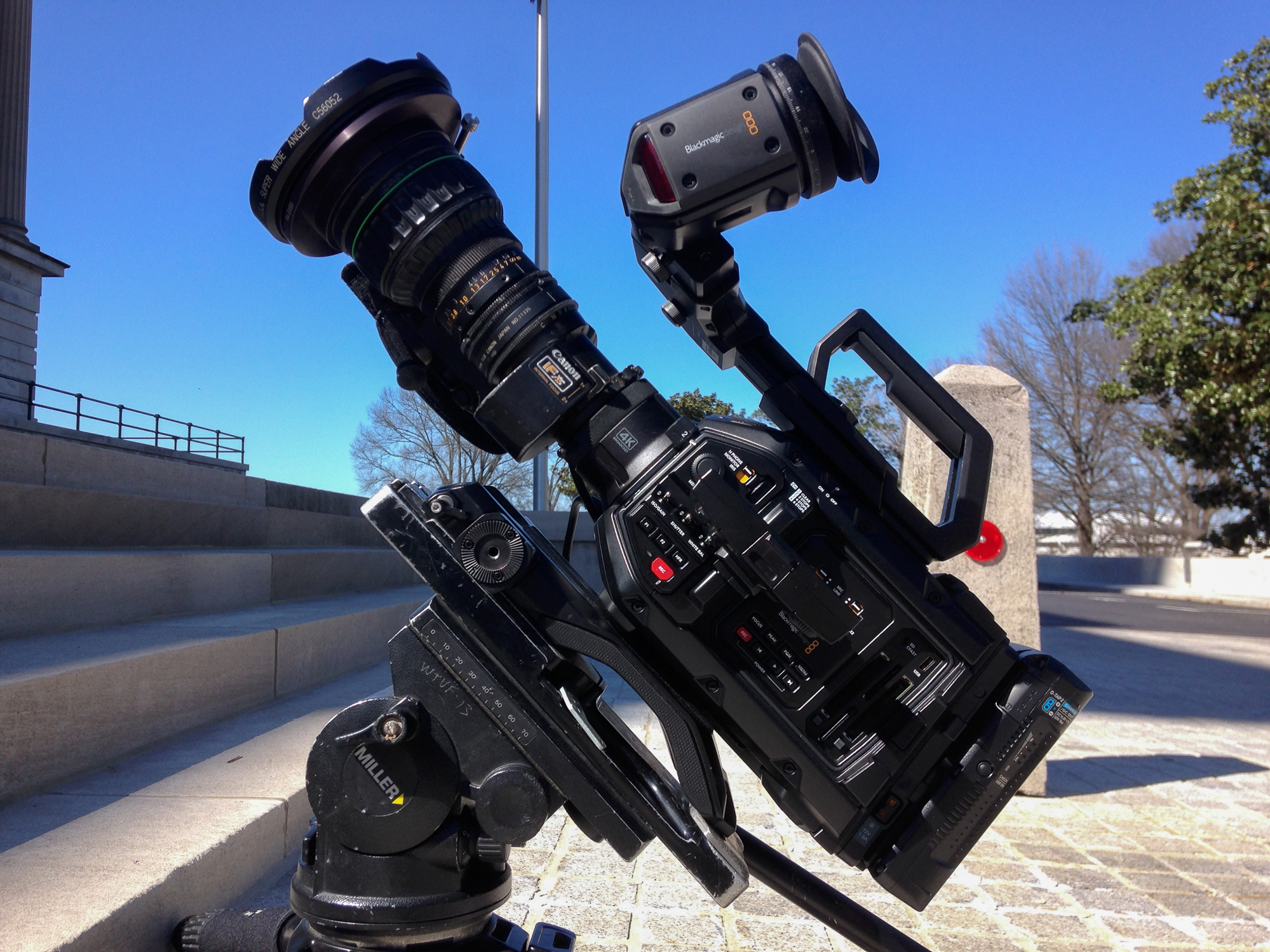 Blackmagic RAW support has been added to URSA Broadcast. Blackmagic engineers have created a specific sensor profile for the image sensor used in URSA Broadcast so Blackmagic RAW understands how the camera sees images. Blackmagic RAW combines the high end image quality of RAW with the ease of use, speed and file sizes of traditional video formats. Noise management, sensor profiling and edge reconstruction algorithms are used to produce high quality, visually lossless images. Plus, the files are small and all processing is GPU and CPU accelerated, making them fast to use and easy to work with.

Because everything is saved in the Blackmagic RAW file, customers can change camera settings such as gain, white balance, exposure, contrast and saturation after the shoot, all without any loss of quality. Blackmagic RAW also includes non-destructive LUTs that can be applied and saved as metadata in the file while users are shooting. That means customers get broadcast quality images with incredible color that can go straight to air. Best of all, the files still contain all of the camera’s RAW sensor data so customers can always edit them later too.

URSA Broadcast now supports 11 different languages so it can be used internationally. The camera can be set to English, German, French, Spanish, Portuguese, Italian, Russian, Turkish, Chinese, Japanese or Korean. It’s easy to switch to another language so customers can share their camera with other crew when traveling to locations worldwide. When customers switch languages, all on screen overlays, setup menus and monitoring information will be displayed in the selected language.

In addition, this update features image adjustment controls to compensate for B4 lens distortion such as chromatic aberration, along with the ability to remap the VTR and Return buttons on B4 lenses. Press and hold focus controls have also been enabled on the built in touch screen making it faster and easier to accurately focus shots. Plus, URSA Broadcast now supports an even wider range of B4 broadcast and Canon EF lenses than ever before.

This new update also adds new features that broadcast customers have requested such as 720p support on both SDI output and input. Customers also get sidetone adjustments for talkback so camera operators can speak loudly in noisy environments while keeping their voice mixed down in their earpiece. Live level microphone inputs can now also be adjusted. In addition, customers can now lock timecode to the SDI input and jam sync accuracy is greatly improved so that timecode sync is maintained between power cycles.

Blackmagic OS has also been updated and now adds ⅓ stop gain increments to the gain slider, the ability to quickly switch media from the heads up display, and new PRE and LUT status icons for pre-set timecode and LUT usage. In addition, new 2:1, 1:1 and 5:4 frame guides have been added, along with the option for custom frame guides. The media formatting interface has been improved, making it more intuitive so users are less likely to accidentally format a card.

The display of audio meters has also been improved with improved ballistics and the ability to set -18 or -20dB reference levels.

Blackmagic Camera 6.7 Update also adds general performance improvements and greater reliability when using external reference and when working with sources that have embedded audio. In addition, thermal management has been improved as has auto focus and auto exposure performance. Playback for clips that have been renamed is also improved.

“Blackmagic RAW brings high end digital film image quality with incredibly small file sizes to URSA Broadcast,” said Grant Petty, Blackmagic Design CEO. “It’s exciting because broadcasters can now get dramatically better image quality in files that are smaller and faster to work with than other video formats. Plus, you can use metadata to apply a non-destructive broadcast video look to the images so you can even go straight to air!” 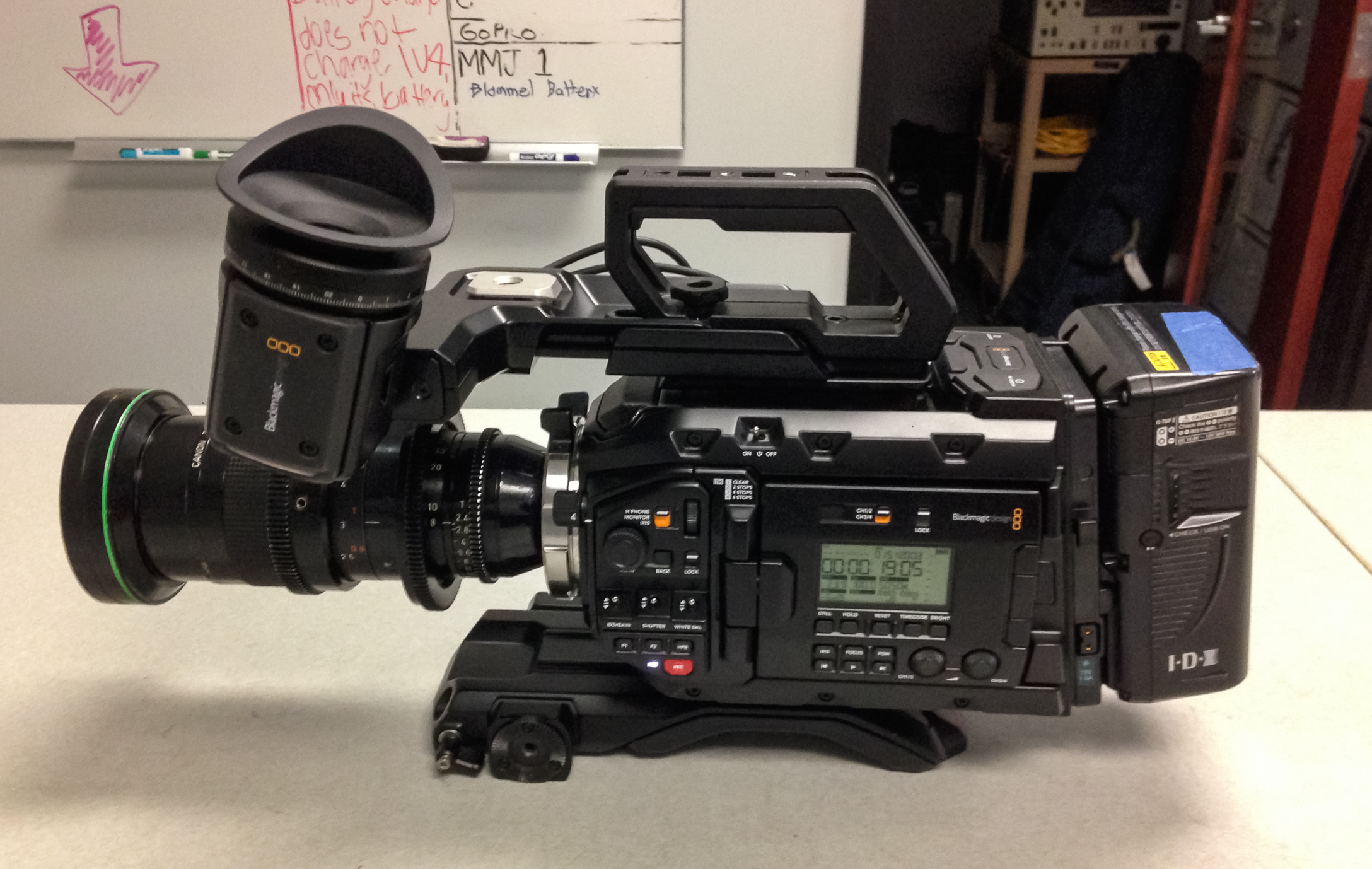