If you remember going to a planetarium in your school days and the excitement it was to feel among the stars, imagine what Virtual Reality can offer you. NASA says with it will be possible for everyone to take a ride to Mars. 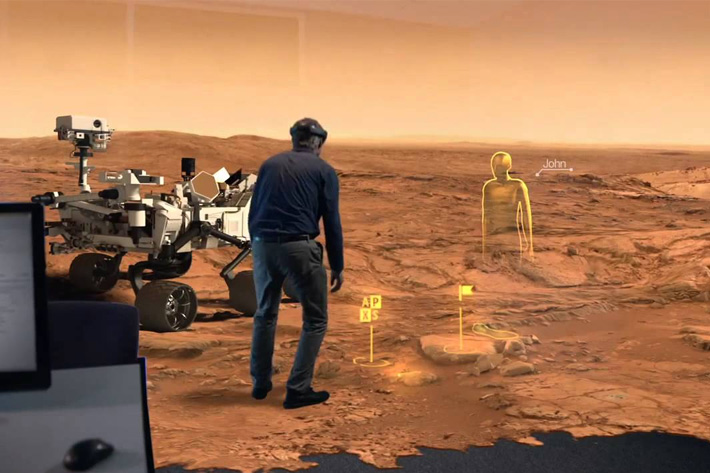 The idea of having everyone riding to Mars will be the theme for a presentation at the Government Video Expo, next December. Maybe it is time to grab your VR headset and prepare for the voyage!

Rodney Grubbs, NASA Imagery Experts Program Manager, will present “More and Better Pixels, How NASA Plans to use HDR, 4K, VR and Other Technologies to Take Everyone Along for the Ride to Mars” at 1 p.m. on Thursday, Dec. 8, at the Government Video Expo at the Walter E. Washington Convention Center in Washington, D.C.

Grubbs will discuss how NASA is currently developing plans for human exploration of Mars by the 2030’s. Between now and then, excursions to the Moon and asteroids will provide opportunities to test all the technologies needed for Mars missions. Motion imaging will be crucial to these missions to provide situational awareness, document system performance and share the adventure with the public.

What does it all have to do with video cameras and cinematography, you may ask at this moment. Well, the development of High Dynamic Range, cameras with 4K and higher spatial resolution, and Virtual Reality cameras and viewing technologies are all relevant for supporting these NASA missions. Grubbs will present recent VR footage from Mars as well as programming from the NASA’s new UHD Channel , which ProVideo Coalition mentioned previously, and take questions from the audience.

“In the 60’s NASA had to create the technology that took us to the Moon and provided the iconic imagery that allowed us to all experience it live,” Grubbs said. “Our next journeys beyond low Earth orbit will utilize commercial technologies being developed now or on the technology road maps of companies and start-ups.”

As NASA’s Imagery Experts Program Manager, Grubbs is responsible for NASA’s imaging architecture to science, human spaceflight, and public outreach. Grubbs is also chairman of the NASA DTV Working Group and has been a principal investigator for flights of HDTV cameras and related experiments on the Space Shuttle and International Space Station, including the first-ever live HDTV program from a spacecraft and first digital cinema camera flown in space. Grubbs chairs the Consultative Committee for Space Data Standards Motion Imagery and Applications Working Group to set standards for video interoperability with other space-faring nations. Grubbs recently led the development of images.nasa.gov, allowing the public to search over 60 NASA imagery collections via a single on-line library. 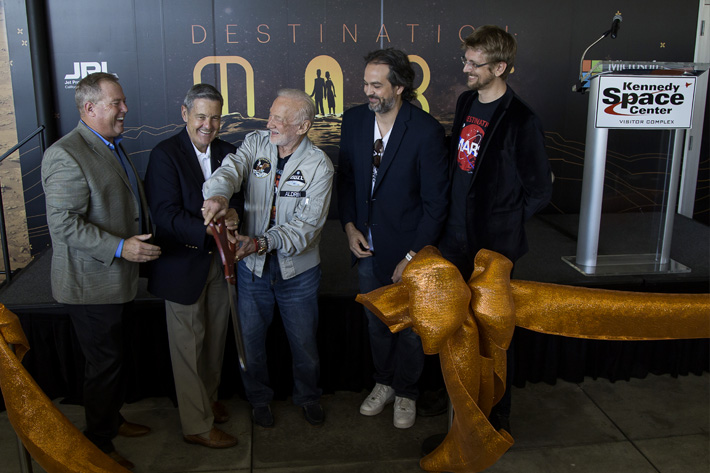 Taking everyone for a ride to Mars using Virtual Reality is already possible, though, using technologies available now. In fact, you already can walk on Mars guided by astronaut Buzz Aldrin, and you don’t even have to be an astronaut. The experience is open to everyone (suitable for those 13 years and older), on a first come, first served basis. It all happens at Kennedy Space Center Visitor Complex, located in a pop-up theater at the main visitor complex. 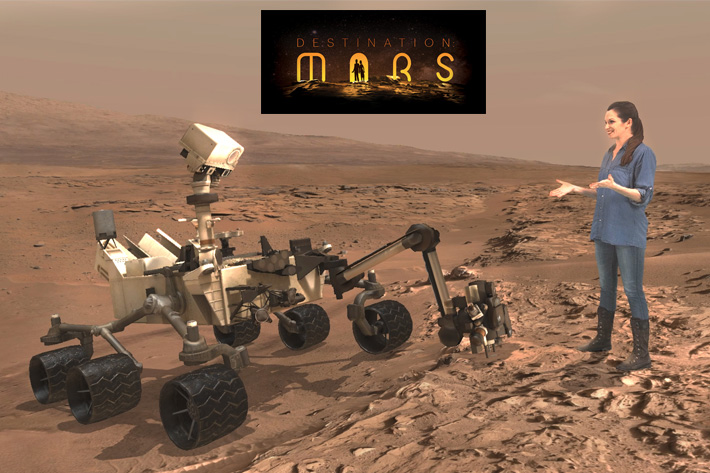 Recently opened, Destination: Mars will only be available through January 1, 2017. Visitors will have the opportunity to walk on Mars with the Microsoft HoloLens mixed reality headset and “visit” several sites on Mars, reconstructed using real imagery from NASA’s Curiosity Mars Rover, which has been exploring the Red Planet since August 2012. Buzz Aldrin, an Apollo 11 astronaut who walked on the moon in 1969, will serve as “holographic tour guide” on the journey. Curiosity Mars Rover driver Erisa Hines of JPL will also appear holographically, leading participants to places on Mars where scientists have made exciting discoveries and explaining what NASA has learned about the planet.

“This experience lets the public explore Mars in an entirely new way. To walk through the exact landscape that Curiosity is roving across puts its achievements and discoveries into beautiful context,” said Doug Ellison, visualization producer at JPL.

“Destination: Mars” is an adaptation of OnSight, a Mars rover mission operations tool co-developed by Microsoft and JPL. A pilot group of scientists uses OnSight in their work supporting the Curiosity Mars rover’s operations.

“We’re excited to give the public a chance to see Mars using cutting-edge technologies that help scientists plan Curiosity’s activities on Mars today,” said Jeff Norris, project manager for OnSight and “Destination: Mars” at JPL. “While freely exploring the terrain, participants learn about processes that have shaped this alien world.”

By utilizing the same technologies and datasets as OnSight, “Destination: Mars” offers participants a glimpse of Mars as seen by mission scientists. 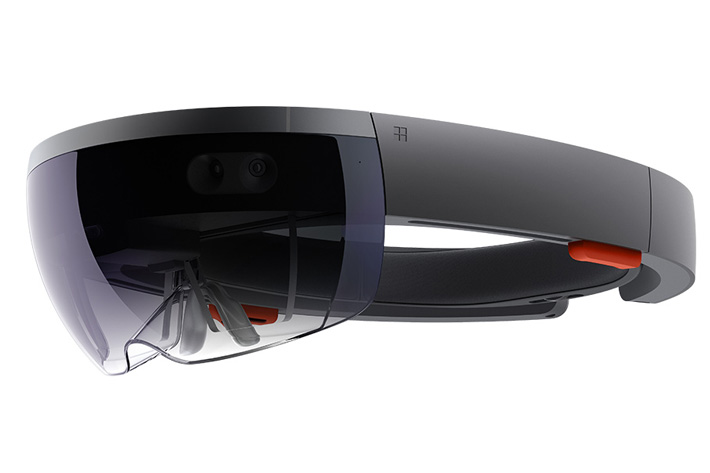 JPL is also developing mixed reality applications in support of astronauts on the International Space Station and engineers responsible for the design and assembly of spacecraft. NASA astronaut Scott Kelly, who recently returned from his historic “Year in Space” activities, used one of these applications to make the first Skype call from space to mission control in February 2016.

“By connecting astronauts to experts on the ground, mixed reality could be transformational for scientific and engineering efforts in space,” Norris said.

“As we prepare to send humans to Mars in the 2030s, the public will now be able to preview the experience the astronauts will have as they walk and study the Martian surface,” said Dave Lavery, program executive for Solar System Exploration at NASA Headquarters in Washington.

Destination: Mars  confirms that while astronauts will have to wait a while before being able to walk on Mars, visitors at the Kennedy Space Center Visitor Complex don’t have to wait. The interactive experience is a starting point for even more ambitious plans, as suggested by the title of the conference by Rodney Grubbs at the Government Video Expo: More and Better Pixels, How NASA Plans to use HDR, 4K, VR and Other Technologies to Take Everyone Along for the Ride to Mars”. Apparently, the image is king in our future”