While the whole planet continues to discuss 4K, high above us 4K became part of the daily routine. So much, in fact, that NASA operates a 4K Ultra HD channel giving viewers a unique view of life in space and of the blue marble we live in. 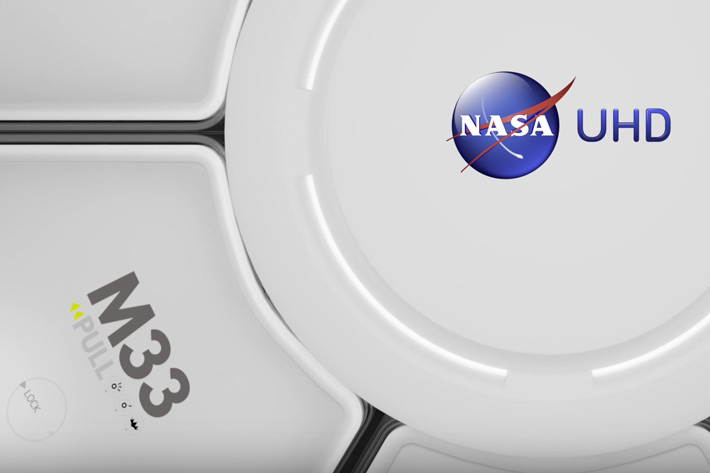 IBC will award NASA in a ceremony, tomorrow,  one of its highest awards, the Judges’ Prize,  presented to a company or project displaying a unique creative, technical or commercial imagination. In NASA’s case, it’s something out of this world.

Celebrating the achievements of one of the world’s most well known brands, the award will be presented at the ceremony held on Sunday 11 September at the RAI, Amsterdam.  In fact, when it comes to the capture of images, NASA has ensured, from the very beginning, that every moment of the space exploration programme has been captured, firstly with film cameras and then video, including the globally viewed footage of Neil Armstrong setting foot on the moon in 1969. Today NASA operates a 4K Ultra HD channel and allows viewers to watch footage on a wide range of televisions. Currently the NASA TV UHD channel can only be viewed via a satellite DVB-compliant IRD. In the near feature, it is expected that the NASA UHD channel will be available online.

From the early videos that allow younger generations to discover NASA’s past moments to documents like 4K Video of Colorful Liquid in Space, which continues to attract viewers, NASA was continued to explore imaging technologies and adapt them to their specific needs, as is the case of the video above one of multiple also available online, created when a series of cameras, in October 2015, were being evaluated for capturing science data and vehicle operations by engineers at NASA’s Marshall Space Flight Center in Huntsville, Alabama.

For the 4K Video of Colorful Liquid in Space, “astronauts on the International Space Station dissolved an effervescent tablet in a floating ball of water, and captured images using a camera capable of recording four times the resolution of normal high-definition cameras. The higher resolution images and higher frame rate videos can reveal more information when used on science investigations, giving researchers a valuable new tool aboard the space station.”

Another example of NASA’s contribution to a better understanding and appreciation of the blue marble ball that is our bus on the great Universe route is the video “Ultra High Definition (4K) View of Planet Earth” from April 2016.  But there are many other examples available online that demonstrate the kind of contents viewers can expect to see at NASA’s 4K Ultra HD channel. While its access is still limited, NASA expects that in the future the channel is viewable almost anywhere you want with different devices and as long as you’ve an Internet connection.

All this explains the Judges’ Prize now awarded to NASA. The Judges’ Prize is presented to a company or project displaying a unique creative, technical or commercial imagination and past winners include Stereoscopic 3D coverage of the 2010 FIFA World Cup and DNA’s single frequency networks for HD with DVB-T2, which was awarded in 2011. The award will be accepted by Carlos Fontanot, Imagery Manager for the International Space Station and Kelly O. Humphries, the voice of mission control for more than 50 shuttle missions and hundreds of space station activities.

“It is impossible to understate the importance of NASA’s film and video efforts,” said Michael Crimp, CEO of IBC. “Their engineers and producers have had to overcome massive technical challenges, which has meant close co-operation with suppliers of equipment and systems. The result has been stunning imagery, which has literally changed our view of the world.”

The IBC Awards Ceremony will take place on Sunday 11 September, and is free for all IBC attendees. Find out more about the awards at IBC.org/awards and register for your IBC2016 pass at http://IBC.org/register.

And because this is a piece of news that has so much to do with the International Space Station and the long history of NASA, and through that the use of photography and video to share experiences out of this world, it makes sense to end this note with a recent video from NASA, published September 8, 2016, under the title NASA – On the Edge of Forever – International Cooperation, which celebrates 50 years of Star Trek and uses the opportunity to reflect on the reality then and now.  Having NASA receive a special award when we celebrate 50 years of a series that is a hallmark of science-fiction and human cooperation makes for an interesting coincidence.

The video reminds us that when the TV series Star Trek first hit the airwaves in 1966, the world lived through “a period of time when geopolitical tensions were at their highest. Not that you would know that by looking at the diverse crew of the Enterprise. The creators of Star Trek knew that if humans are to someday explore the universe, we would need to put aside our differences and boldly go forth as citizens of Earth.” 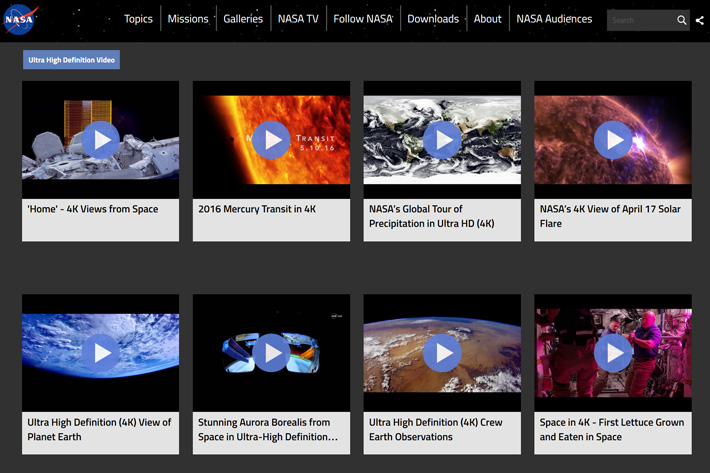 NASA and its international partners adopted a similar model when conceiving humanity’s first International Space Station, which has been circling around Earth since November 20, 1998. They utilized the intelligence and resources of nations from around the globe. That fact has, probably, contributed to pave the way for the Judges’ Prize now being received. And the unique collection of images collected, which not only documents NASA’s and the adventure of space exploration, but the evolution of imaging technologies and their use under very specific conditions. All the way to 4K and beyond.