For live or live-to-drive production, some producers are skipping multitrack audio in favor of the simplest mixer ever known: a Y-cable or equivalent. 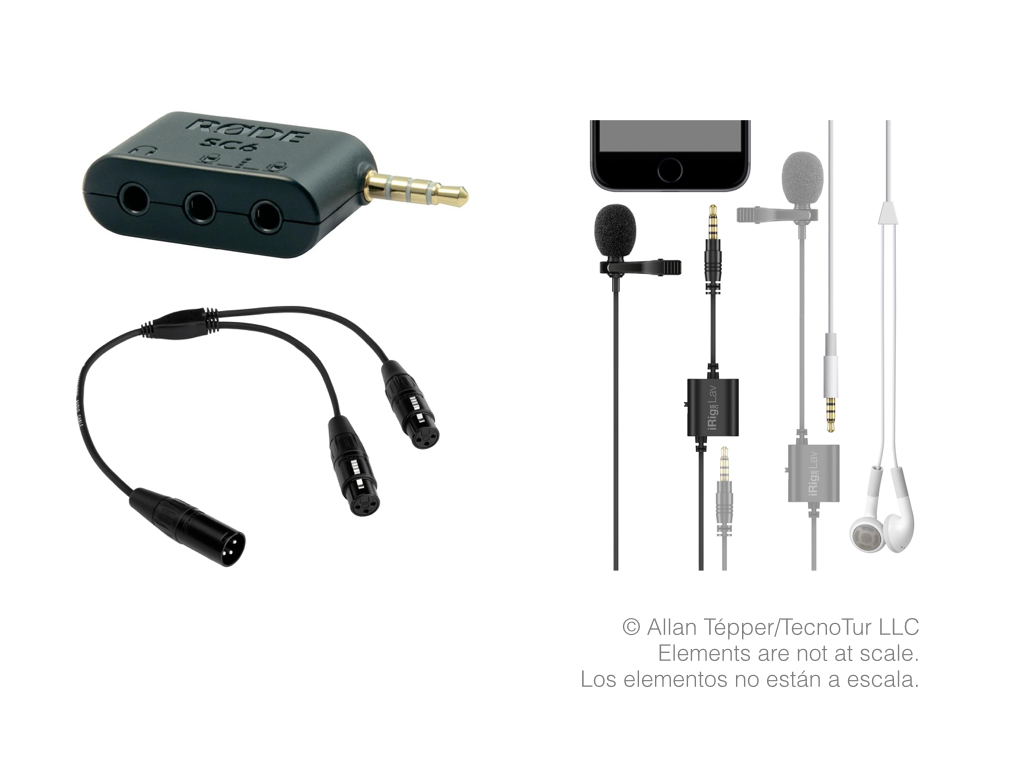 In field production or in the studio, ideally, we record every audio source on its own track for absolute control in post. For many years, I have been covering devices to accomplish that. However, some producers need to stream live or to record live-to-drive, where all voice sources are mixed on the fly, i.e. when little or no post-production is to be done later. Traditionally, this mix has been accomplished using a standard or automatic audio mixer. Now, at least two microphone manufacturers —IK Multimedia from Italy and RØDE from Australia— encourage simply combining the sources via the equivalent of a Y-cable. In the past, this proposal would have caused an engineer to scream: “No!” due to older low-impedance inputs. Although this can indeed work nowadays, there are some obvious limitations. This article explores these two proposals for their respective unbalanced lavalier mics, plus another that is being used with high-end balanced dynamic mics too.

Above is the AT-MX351A automatic mixer, which I reviewed back in 2014.

Above is the Behringer X AIR XR12, which I covered very recently in Comparing wireless audio mixer’s specs: Behringer/Midas & Mackie. After a recent firmware update, it offers automatic mixing.

However, some producers don’t have the budget in space or money, and are seeking the ultra-simplified chaining or bridging of microphones.

Three ways to cheat, and the compromises

Ahead you’ll see three ways to cheat by combining two mics together live, but first, here are the disadvantages:

Having explained the disadvantages, here are the three ways to cheat: 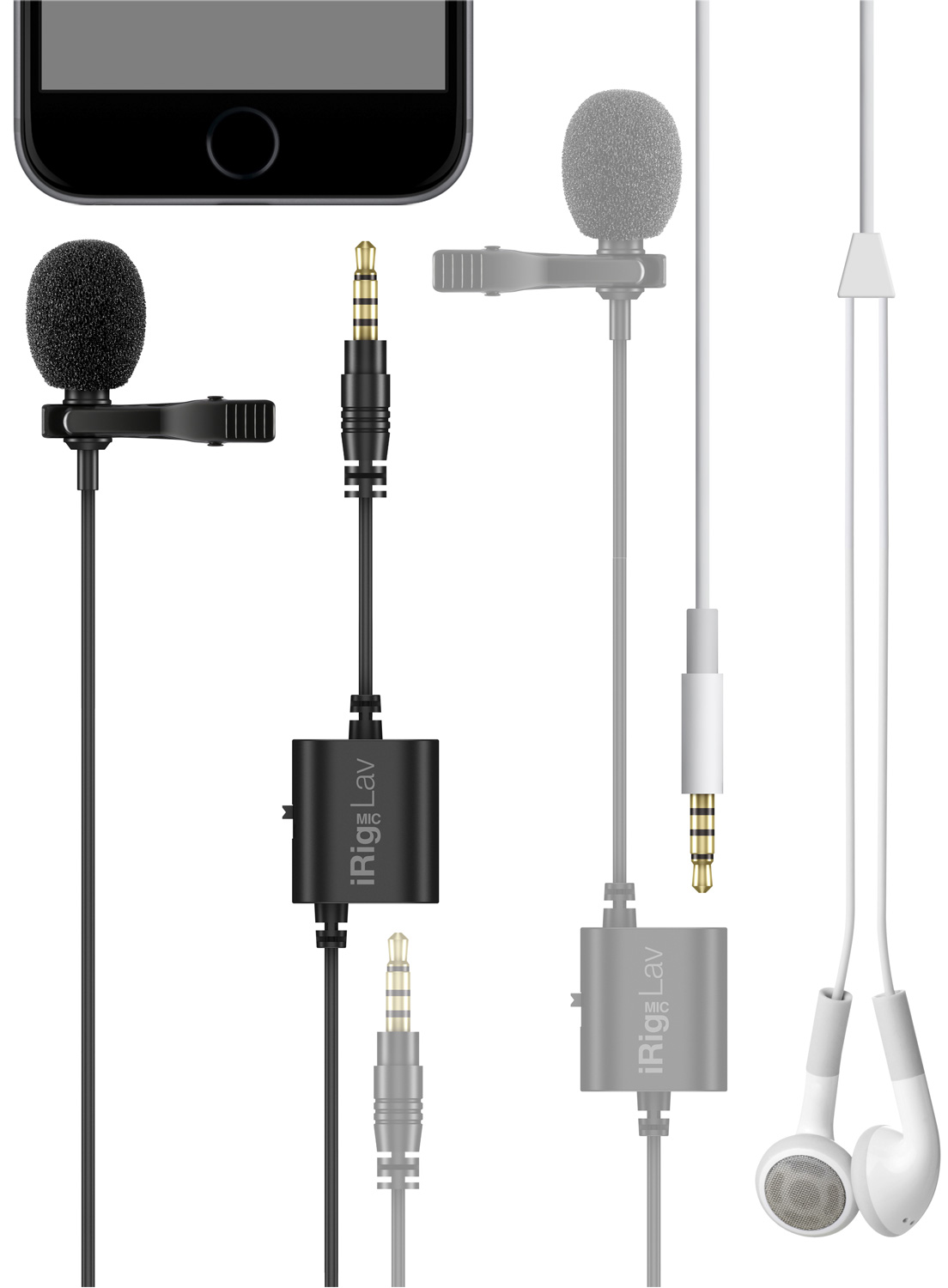 I will note here that both the iRig Mic Lav from IK Multimedia and the lavalier microphones mentioned in the next section are unbalanced condenser microphones and require bias voltage (aka plugin power), which —as stated in prior articles— is similar, but not the same as phantom power. This bias voltage (aka plugin power) comes out of most smartphones and tablets via their TRRS port, as well as most cameras, camcorders, and streamcorders that have an unbalanced 3.5mm TRS or TS microphone input.

If you are unfamiliar with the differences between TS, TRS and TRRS, see my article
TS/TRS/TRRS/TRRRS: Combating the misconnection epidemic which is illustrated above. 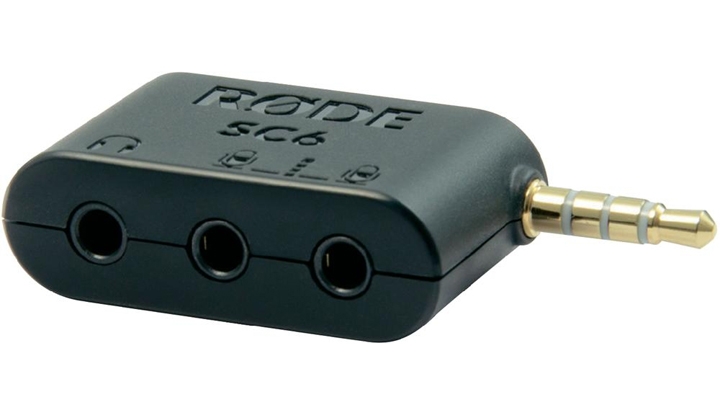 RØDE’s SC6 plug adapter (illustrated above) also encourages bridging of mic sources. Although RØDE recommends the SC6 mainly for its smartLav and smartLav+ lavalier microphones, it should work with other manufacturers’ mics that are also wired for TRRS. 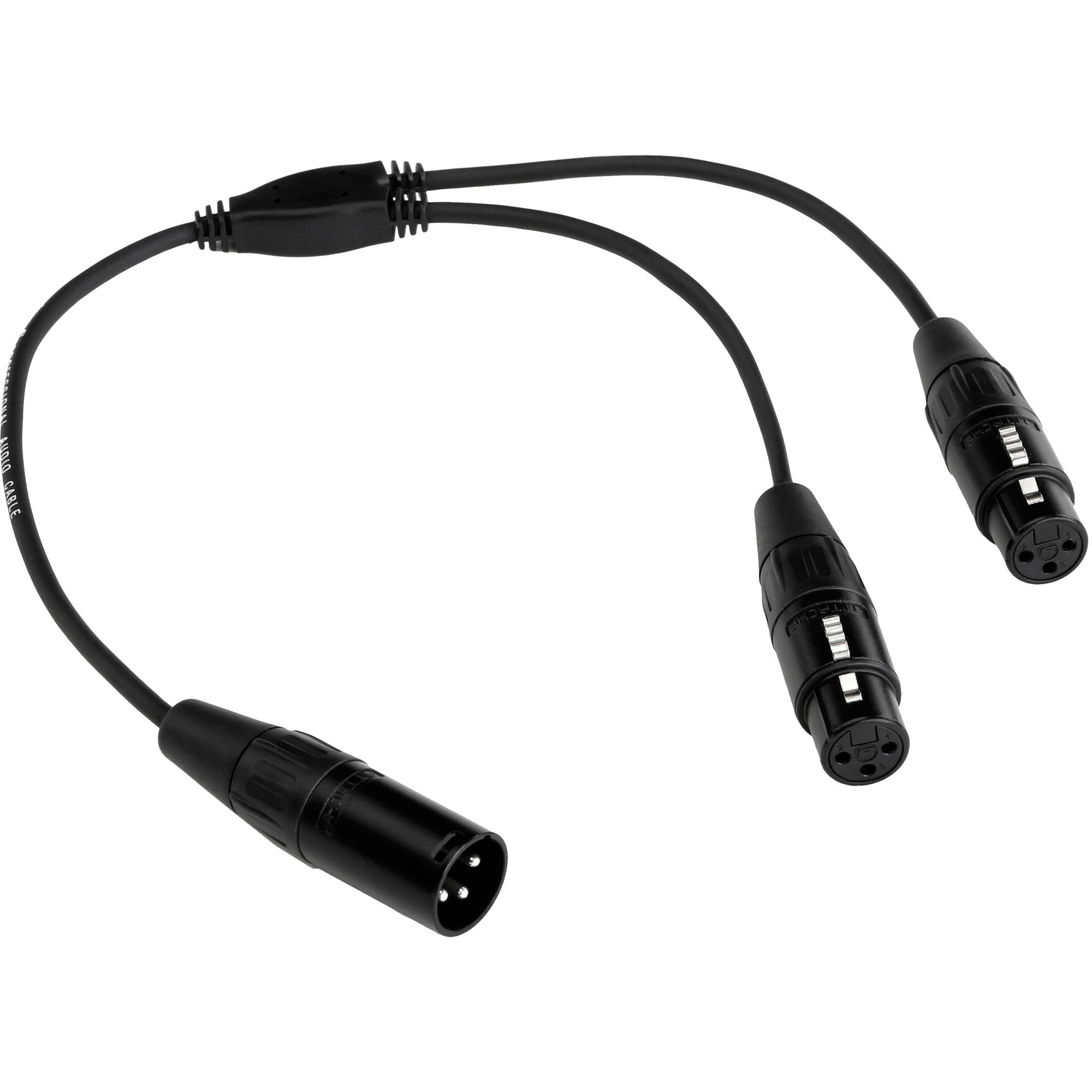 Above is a photo of the Kopul XLR Y-cable (XLR-M to dual XLR-F) which also accomplishes the same thing as indicated above, although with balanced XLR microphones.

One case where I have heard about this type of XLR Y-cable to combine two high-end balanced dynamic microphones (ElectroVoice RE20 and RE27) to feed the iRig Pre analog pre-preamplifier (which I reviewed back in 2012) and then to the analog input of an Android phone is by producer K-Town, whose comment which was played on this episode of the Spreaker Live Show, hosted by Bob Greenlee.

Please note that the two microphones used by K-Town and her co-host Kim Style are dynamic and do not require phantom power. I have no idea whether a Y-XLR cable could be used with phantom power, and I wouldn’t want to risk it myself, since it could jeopardize the health of two condenser microphones, plus that of the preamp. However, if you know of anyone who has, your comments are welcome.

The iRig Pre used by K-Town and her co-host Kim Style is very similar to the one built into the iKlip A/V (shown above). I covered it in First look: iKlip A/V preamp/mount/grip for smartphones & small cameras and will be reviewing it very soon.