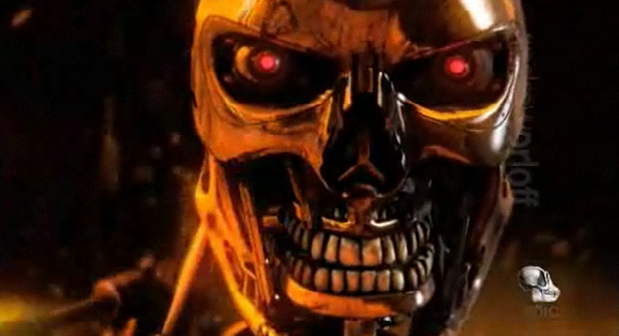 Getting inspired by watching motion graphics design and visual effects on TV or the web is one thing. Getting to hear from and hang out with the artists who create the outstanding work we see in motion picture title sequences, trailers, broadcast design packages, games and commercials is quite another.

I’ve just returned from Albuquerque, New Mexico, where I attended the Motion09 conference. It is a small, highly targeted, and flat out outstanding conference dedicated to animation, visual effects and motion graphics. There’s nothing like being surrounded by over 200 other folks who are into different aspects of the same field. Where else can you eat lunch with Chris and Trish Meyer, from whose books I originally learned After Effects, or have a drink with Mark Coleran , the talent behind the animated computer displays in the Bourne Ultimatum and a driving force for Gridiron Software’s Flow, or join a late night chat with James Caliri, the artist who created the outstanding end title sequence for Lemony Snicket’s A Series of Unfortunate Events? I was in hog heaven.

On Sunday, I gave 7 back-to-back presentations on various aspects of Apple Motion, with a special focus on the new features in Motion 4 and tips and tricks specifically for After Effects users. Everyone, and I mean everyone, who attends this conference is an After Effects user and it was exciting to see the rising level of interest in Motion.

After my presentation, I was able to stick around for a few more days and check out some of the other sessions. There were multiple tracks going on simultaneously and it was difficult to choose which ones to attend as they all looked so interesting. On Monday morning, I sat in on Rachel Nicoll’s (Sony Pictures Imageworks) matchmoving sessions, where she described her challenges on films such as Spiderman 3, Hancock, and The Chronicles of Narnia.

In the afternoon, I watched Rod Basham from Imaginary Forces describe how they used the “Bumblebee” camera to create the look through the eyes of the terminators in Terminator Salvation.

After dinner, the sessions continued: there was a panel discussion about the art of title design which included Karin Fong from Imaginary Forces, Jamie Caliri from DUCK, Synderel Pen from yU+co. and William Lebeda from Picture Mill.

It didn’t stop there – at 10:15pm (!) I attended an outstanding session on camera mapping with Maya and After Effects presented by Brad Swardson, who was able to pack an incredible amount of information into his 75 minute session.

On Tuesday I had to spend the whole day squirreled away in my hotel room getting some work done, but I was able to emerge that evening to catch Michael Waldron and Erik van der Wilden from nailgun* talk about and show examples of current design trends.

After that, Brad Swardson did another camera mapping session focused on After Effects which was excellent – I talked to him afterwards until almost midnight.

All of these industry-leading artists in the motion graphics field gave great presentations, but more than that, they made themselves available during the many informal gatherings and meals. With such a small conference, it was easy to find and talk to any expert you wanted to, and everyone was generous with their time and advice. Also attending were about a dozen students from Ex’pression college for digital arts who were thrilled to get such direct access and advice from these folks. One afternoon I walked through the lounge and saw that the Ex’pression students had set up an impromptu stop motion set and James Caliri was there giving them advice. In an awards ceremony on Tuesday evening, we were treated to the best works from these emerging artists.

My flight home was at 6am Wednesday morning so I missed the last day, but was glad I got to see as much as I did. I arrived home groggy from lack of sleep but full of excitement, inspiration, and great new information I can put to use for my next projects. If you create motion graphics, I highly recommend checking out the conference next year. For immediate inspiration, check out the links in this article.