Ground up redesign for Leica’s flagship 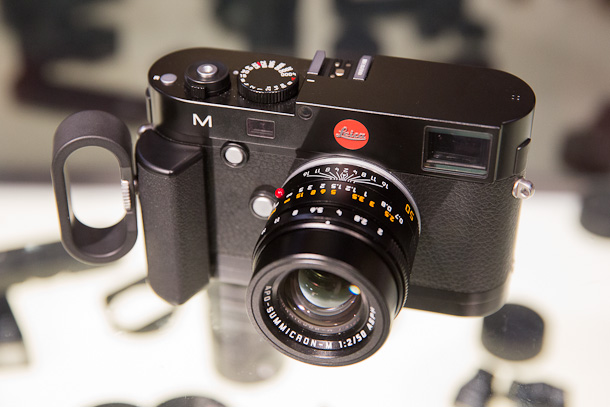 Leica unveiled the new M camera last month and it's no small iteration, becoming the first Leica camera to feature a CMOS sensor and the very first to shoot video. I spent some time with it this week and PhotoPlus Expo along with the new 50mm Summicron ASPH lens. {C}

In the hand I found it to be noticeably bulkier than the M9 and ergonomically superior. The button layout is spot on and I love to see a more minimalist design, unlike something like a Panasonic GF-3 which just has a button-for-everything, infuriating layout. Even in early alpha firmware stages there are huge improvements in the responsiveness of the UI which bodes well for the release version in Q1 next year.The new built in thumb rest is a nice touch and as weird as it looks, the optional finger loops really do seem to glue it to your hand. This time Leica is also offering two extra grips as well. One is 'dumb' but the other includes GPS and a flash sync port. They aren't hugely bulky but they aren't nearly as comfortable as using the camera without it. I could see myself using one for a photo walk, to track positioning, but on a day-to-day basis it takes a little too much away from the svelte camera design for my liking.

As the first Leica camera with a CMOS sensor it also becomes the first with live view and capability to shoot video. This functionality is implemented in a very easy to use way and gives you focus peaking to make sure you get things tack sharp. It worked very accurately when I tested it with a wide-open 50mm Sumicron f2.0. The only thing that I noticed is that the peaking switched off once you hit record in video mode. I really hope that is just an early alpha firmware bug because they would really be missing a trick there if that is the case. I used the rebranded Olympus EVF on the M to shoot some video and if you could have peaking during recording then it would be a wonderful little covert video shooter. Speaking of the EVF, it's ok, nothing ground-breaking and I would certainly recommend buying the Olympus version instead of the Leica one which will be the same, just double the price! 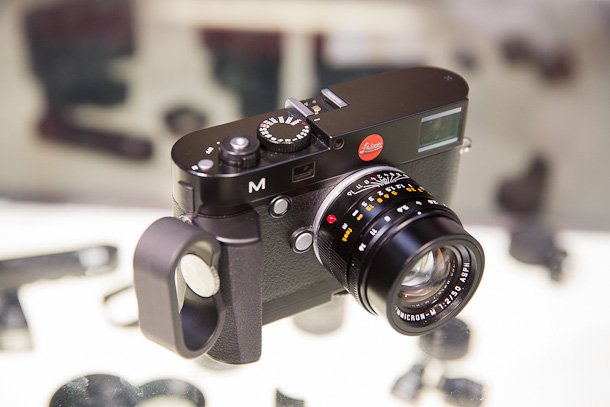 The optical viewfinder takes the electronic brightlines that were introduced in the M9 Titanium and gives you the option of choosing their color and brightness. They looked fantastic, far better than what you might call the traditional frame lines. Though Leica often gets to define what is traditional so I don't think it will be long before we consider this the new tradition. There's been quite a bit of chatter about what lenses Leica might develop now that they have liveview and an EVF. An optical rangefinder is quite difficult to focus at 90mm and almost impossible if you go higher than that. Now Leica have opened up some doors at around the launch of the new M there were a fee wry smiles from them whenever people asked about new lenses. I'm sure that they will develop a new longer prime lens, perhaps something like a 135mm Summicron. Whilst to many it might be blasphemous to consider a Leica zoom lens, there wasn't a way to make that work in the past and now that has changed. I personally think that we will see a zoom lens from them within a year. The flange depth of the M-mount allows for many adapters to be used so people will slap zoom lenses on this thing whether Leica like it or not now that it has liveview. They just released the first zoom for the S-System so why not for the M-system ?

I liked the M9 when I had the chance to shoot with it and Leica have essentially fixed every problem that most people had with it and have done so with a new CMOS sensor which ought to give much superior higher ISO results. For me it's a pretty exciting camera considering that it also comes in cheaper than its predecessor. It certainly signals a new era for the M-system and Leica looks to be in very good shape as a company hang just bought back all their stocks and removed themselves from the open market. 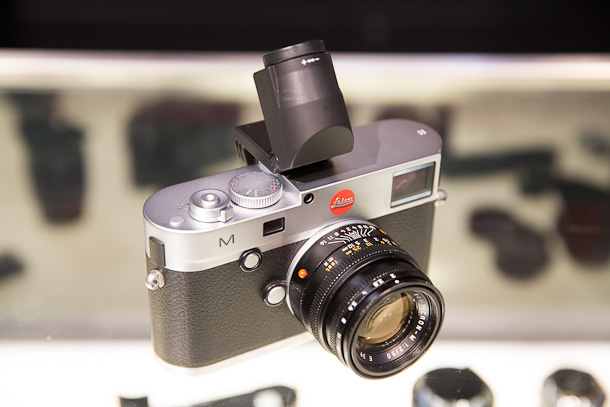 A note also on the Leica ME though…. this is just an M9 in a slightly redesigned body and I just can't see a reason for people to buy one. Development cost was small, since they upgraded nothing at all, so I understand why they did it but really the ME is not going to hold its value at all and if you are considering it purely on a price basis then why not simply buy a used M9 and save a mother couple of thousand dollars. If Leica had upgraded just one thing then I might give it the time of day but otherwise I'd just wait a little longer and get the M which is an entirely new class of camera. My biggest gripe on the M9 was the awful awful LCD screen, like something from an late 90's Kodak. It was an embarrassment and still is when you see they kept it for the ME. If they'd at least put the new M's screen on the ME then I might be able to recommend it to a few people but as it stands, absolutely not. Given the number of times I've seen people slam them for the crappy screen I was shocked to see it make a return yet again. It was hugely outdated three years ago when they put it on the M9 and now…. I'll stop ranting, I don't want this to taint the accomplishment of the new M which I think is great. Focus on that, ignore the ME. 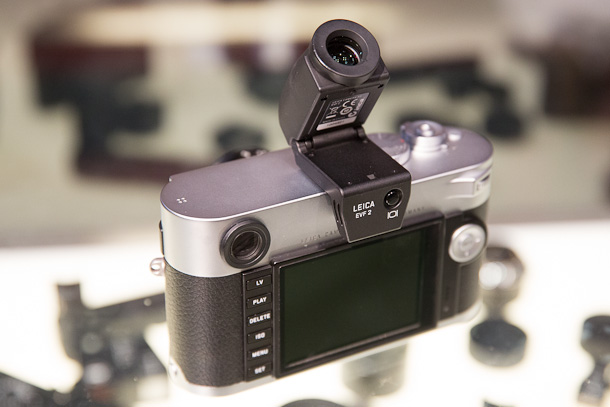