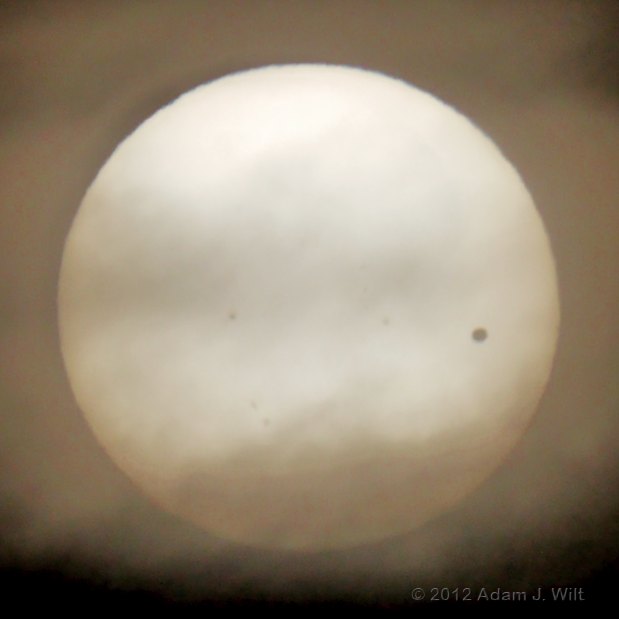 Using a mirrorless still camera (or DSLR with Live View capability) or a video camera in combination with a long lens and heavy neutral density filtration, it’s easy to view and photograph solar phenomena like the recent transit of Venus.

I used a Panasonic DMC-GH2 micro-four-thirds camera with a Panasonic 100-300mm zoom lens (equivalent, in angle of view, to a 200-600mm lens on a full-frame 35mm camera) with a Formatt Hitech Multistop variable ND filter to shoot the Venusian transit across the face of the sun. The Multistop provides attenuation from about two stops up to around eight stops without any serious impact on image quality, more if you don’t mind some color shifts and, at wider angles, “X bars” as described here.

Live View (which the GH2 uses all the time, not having an optical viewfinder) means that I’m never looking into the sun myself; I’m simply monitoring an electronic reproduction in the EVF or on the LCD, so there’s no risk of eye damage. 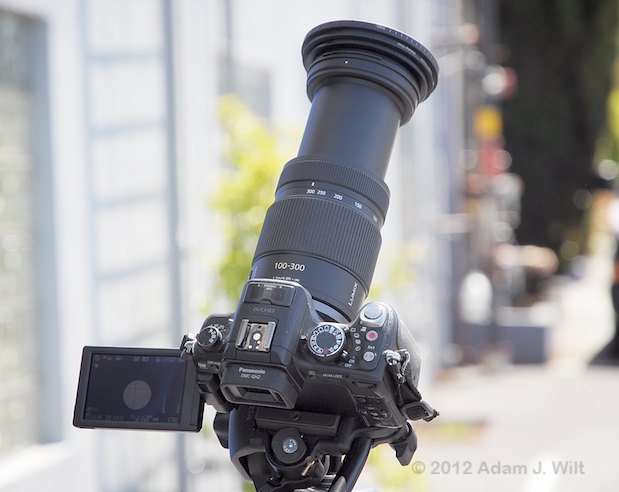 Monitoring via the flip-out LCD panel.

The flip-out panel made it easier to watch when the sun was high in the sky—the transit started just after 3pm local time.

The GH2’s histogram let me ensure that I wasn’t overexposing the image, with possible damage to the camera’s sensor in the process; I kept the sun’s peak brightness just off the right side of the histogram. Exposures at ISO 200 started off at 1/4000 @ f/22, with the Multistop dialed in a bit past its marked “MAX” limit: 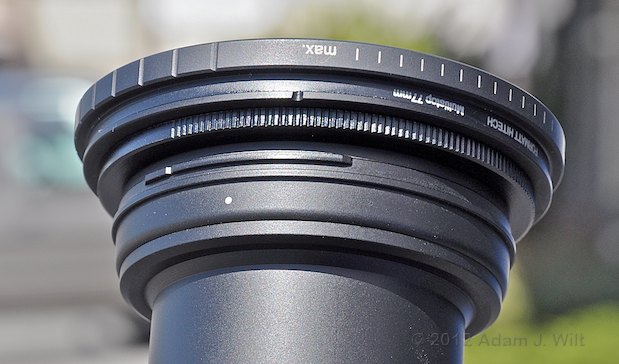 At this setting, there was enough attenuation to avoid overloading the sensor without having the image turn purple, while the extreme telephoto setting minimized any problem with X bars. 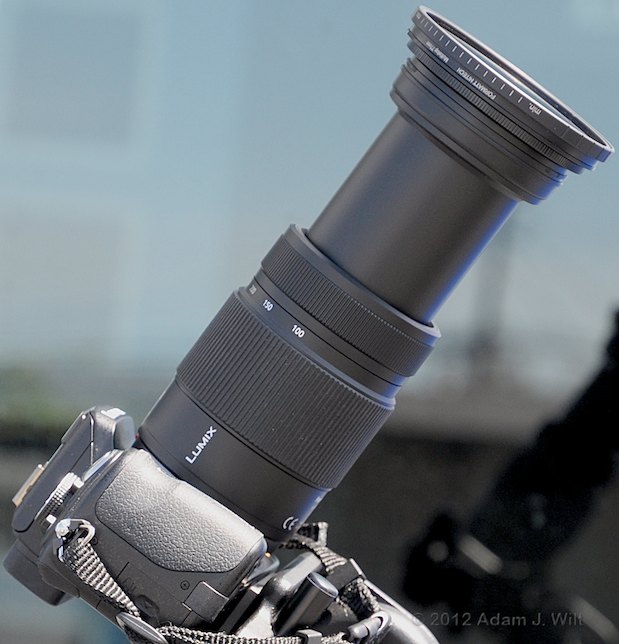 As the day wore on the sun dropped lower in the sky, eventually going behind a thin layer of distant clouds. Exposures increased to as “low” as 1/800 @ f/8 in the evening, just before the sun and Venus dropped below the horizon—or at least behind the local trees as I was riding home (I had taped the Multistop in place so its setting wouldn’t change, giving me consistency in light reduction and color rendering across all the pix).

While the early shots were all tripod-mounted in San Carlos, California, the evening shots were handheld, using the camera’s EVF, at various locations in Palo Alto. Optical image stabilization in the 100-300mm was most helpful for these later shots.

In my pix, “up” is “normal to the local surface of the planet” and not “normal to the plane of the ecliptic”, so the path of the transit looks like it’s moving diagonally from 12:30 to 4:00 instead of straight across: 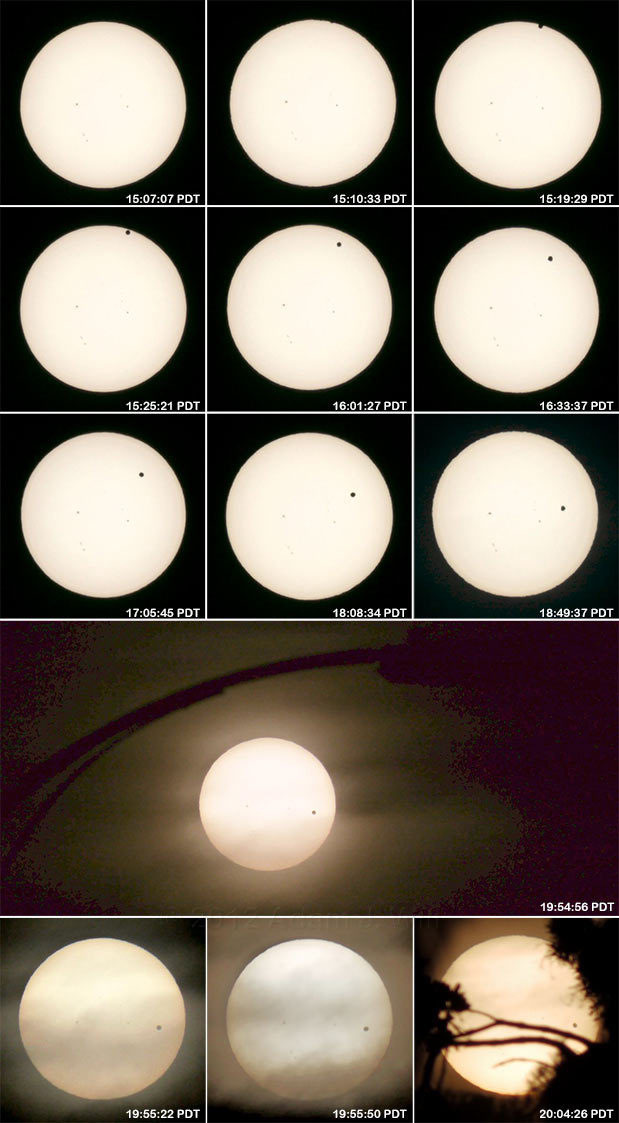 There won’t be another transit of Venus to view or record until 2117, darn it, but there are other interesting solar events in the months ahead. Give solar photography a try; it’s fun.

Want more of the transit? Check out NASA’s Image gallery, and enjoy this NASA video from the Solar Dynamics Observatory:

Admittedly, NASA has better cameras than I do… <grin>

Disclosures: I bought the camera, lens and filter myself. I have no material connection to Panasonic, Formatt, NASA, or the Venusian Chamber of Commerce and Visitor’s Bureau.