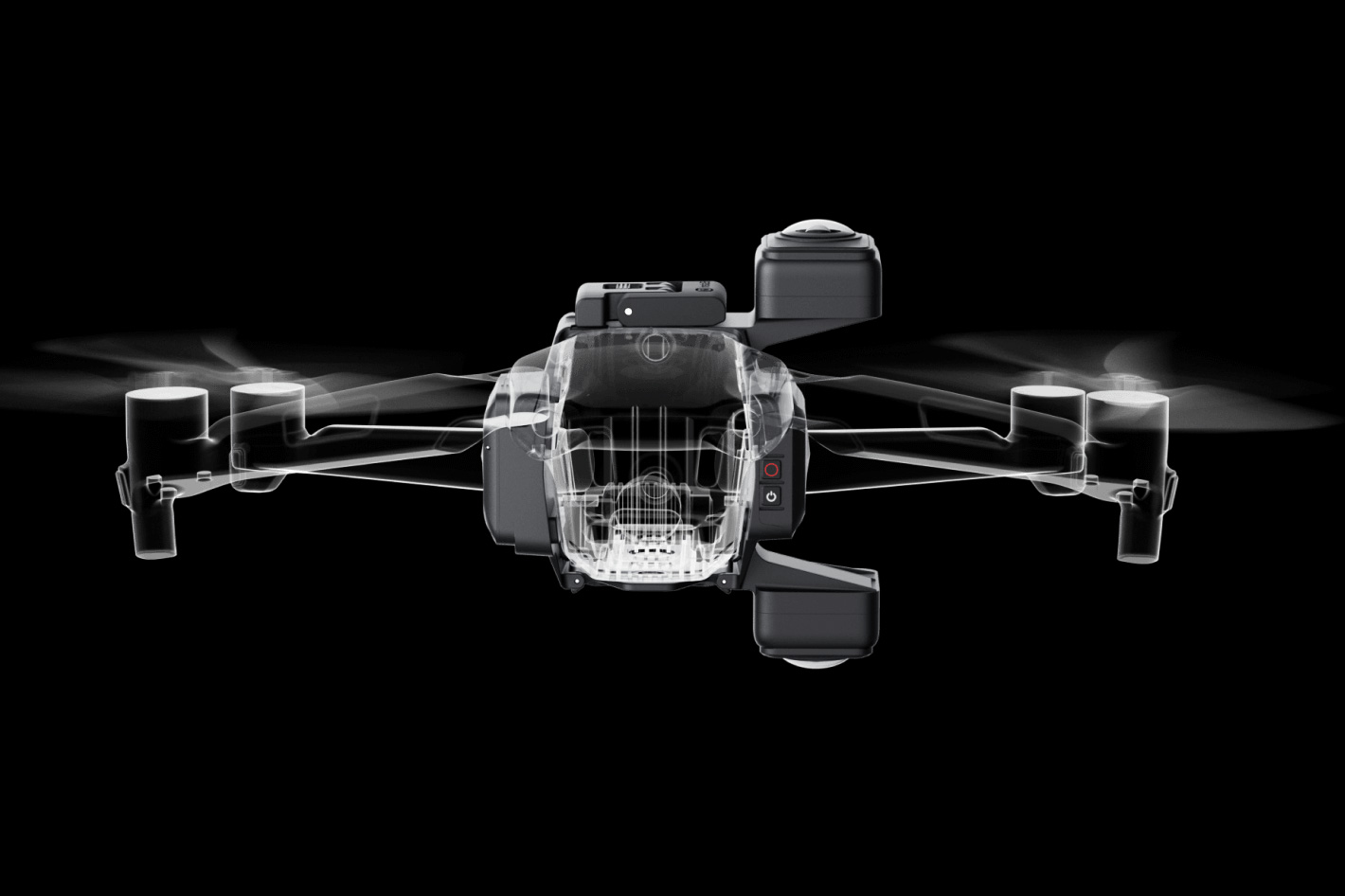 Filming from a drone has always a problem: the drone itself, that limits the coverage the lens can offer. Insta360 Sphere promises a solution… making the drone invisible! Continue reading to discover how.

Capture 360-degree invisible drone footage with endless reframing possibilities, using the “ultimate tool to level up your aerial videography content” that brings the magic of 360 filming to drones. That’s the promise from Insta360 as the company reveals its new accessory, the Insta360 Sphere.

Introduced as the ultimate solution to turn a DJI Mavic Air 2/2S drone into an all-powerful content production tool, Insta360 Sphere is a game changer. Seamlessly compatible with Mavic Air 2/2S, Sphere is quick and easy to install, with an ultra-secure locking mechanism. Then, with the camera attached, the drone becomes totally invisible in 360-degree footage, while the lightweight structure and intuitive operation make 360 aerial filming easier than ever before.

The company claims that Insta360 Sphere offers immersive footage, without the need to buy a new drone or have professional flying or editing skills. Powered by Insta360’s industry-leading software, Sphere unlocks endless ways to create killer content from drone footage. Insta360 Sphere is available to order today via store.insta360.com in the U.S. and Mainland China. 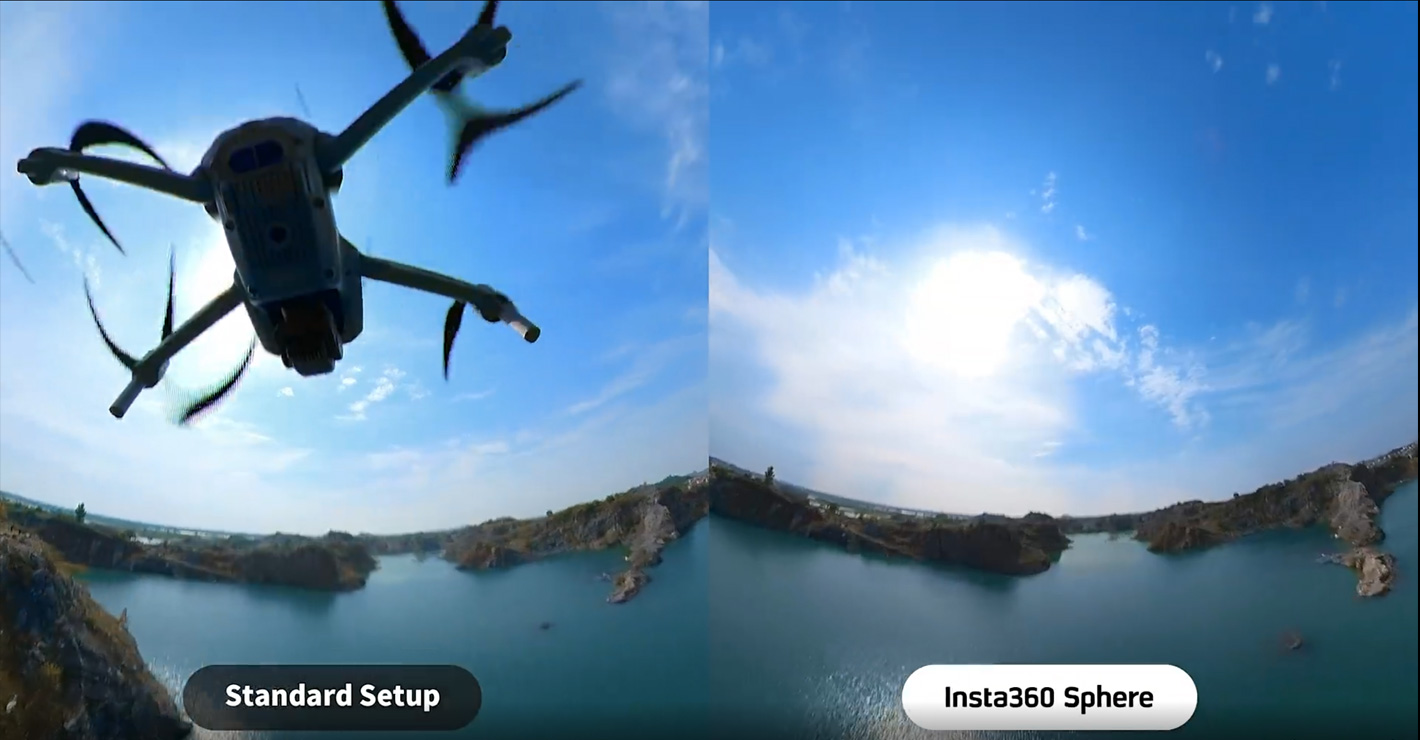 Drones have offered us a whole new perspective over our world. From awe-inspiring landscapes to urban vistas, drone pilots have been capturing stunning aerial footage for years now. But the key limitation of wide-angle cameras is that they can only capture in one direction. A user’s ability to get the best footage is dependent upon their flying abilities and the maneuvers they are capable of pulling off in real-time. That’s about to change now!

With Insta360 Sphere creators can capture immersive footage without the learning curve. By filming in 5.7K 360, users can adjust the angle and camera direction in their video after the fact. Using the easy reframing tools in the Insta360 app and Studio desktop, anyone can add thrilling rolls and turns to their aerial footage in post, achieving FPV-like footage on an easy-to-handle drone.

Shooting with a 360 camera also opens up the option of getting multiple edits from the same flight, in addition to the wide angle footage from the drone itself. One word of caution, though: Sphere is designed for experienced drone pilots. Insta360 notes that users are to strictly follow all safety guidelines and adds that “users are fully responsible for any issues that may arise during drone operation (unless caused by a product defect).” 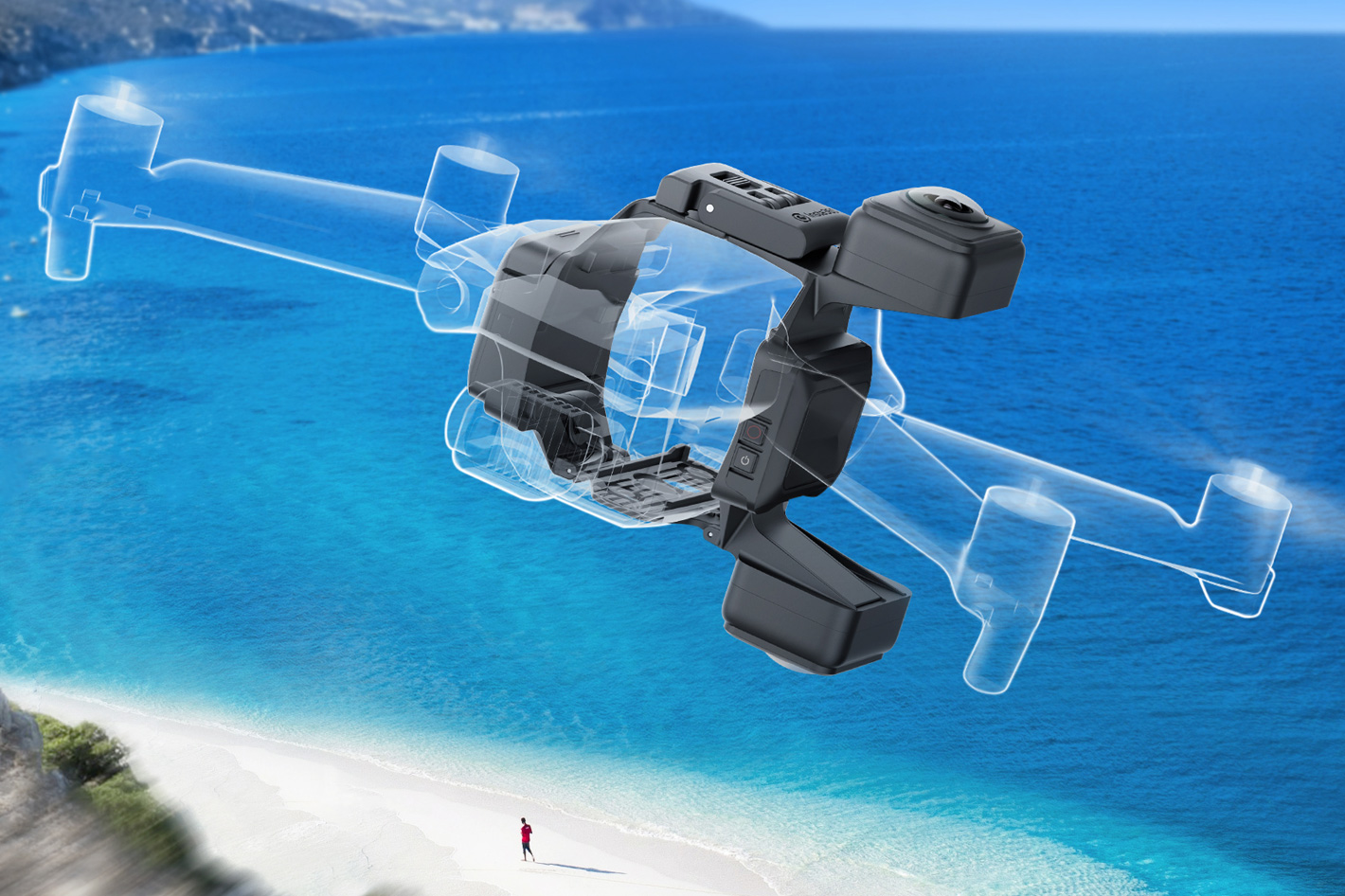 How Sphere makes your drone invisible

Many drone users are accustomed to mounting a 360 camera above or below their drone to get 360-degree footage. But since 360 cameras film in all directions, this means that the drone often obstructs half of the video itself, requiring tedious post-processing or paid video editing software to remove it.

With Insta360 Sphere, the camera’s lenses are precisely mounted on either side of the drone to ensure the drone is invisible in the resulting footage. Insta360’s proprietary dynamic stitching algorithm makes the whole drone (including the propellers) disappear automatically, leaving the user with glorious, uninterrupted shots.

The camera is compatible with the Mavic Air 2/2S and attaches to the drone with an ultra-secure locking mechanism. There is zero impact on the drone’s structural integrity, and it doesn’t impede the GPS signal or remote control system.

Sphere represents a continuation of Insta360’s mission to help people capture and share their lives better, making Insta360’s industry-leading 360 reframing and editing software accessible to a wider range of creators. Sphere users can edit their videos using the same AI-powered features as the Insta360 ONE Series in the Insta360 app. Creative effects like barrel rolls and dolly zooms are as easy as a tap. 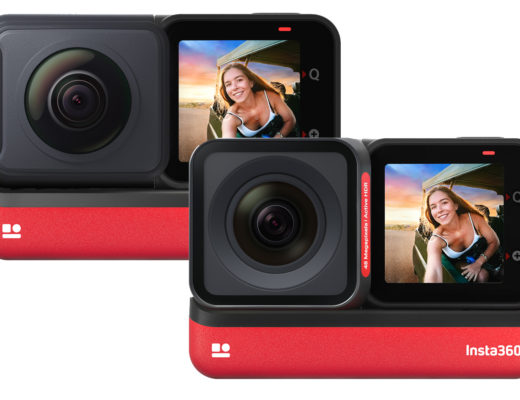 The new Insta360 camera is here: the ONE RS is the company’s new interchangeable lens action camera that offers...