FOR-A Company Limited, a leading manufacturer of video and audio systems for the broadcast and professional video industries, has been chosen by TVBEurope for the magazine’s Best of IBC2011 Editors’ Awards for its VFC-7000 HD Variable Frame Rate Super Slow Motion Camera. The VFC-7000 is a compact, lightweight, unit capable of high-speed HD recordings. 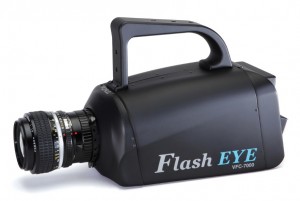 “We’re tremendously proud to be acknowledged for our super slow motion camera, which we created to make it easy for anyone to capture the rich detail of action video in uncompressed HD,” said Hiro Tanoue, General Manager, Americas/Europe Group, Overseas Sales and Marketing Division, FOR-A Company Limited. “FOR-A is thrilled that the VFC-7000 has been recognized as a stand-out, innovative product with this award, at one of the largest and most significant tradeshows in the media technology industry.”

Since its introduction into the market, the VFC-7000 has been recognized for its technical excellence on multiple occasions. It received a Government Video Salute at last year’s Government Video Expo and was also distinguished as a recipient of TV Technology’s STAR Award at NAB earlier this year.

What sets the VFC-7000 apart from its competition is that it comes standard with a touch panel operation unit that controls play, record, and all camera functions. The VFC-7000 features an electronic high-speed shutter that can operate as fast as 1/200,000 second for filming fast moving events and subjects without blur. The lightweight camera has a high-sensitivity CMOS color sensor, and comes complete with camera head, main body, F lens mount, recording component, and carrying handle in one integrated package. The camera also has a DC drive, making it optimal for recording outdoors or in any environment with no power source.

FOR-A Company Limited is a major manufacturer and distributor of video and audio systems to the broadcast, postproduction and professional video markets. For more information about FOR-A’s product line, call 201-944-1120 or visit our web site at www.for-a.com.