Chargeasap returns to crowdfunding with its latest innovation, the Flash Pro and Flash Pro Plus. With 20 days left, the campaign has reached 3998% of its €8,475 fixed goal. 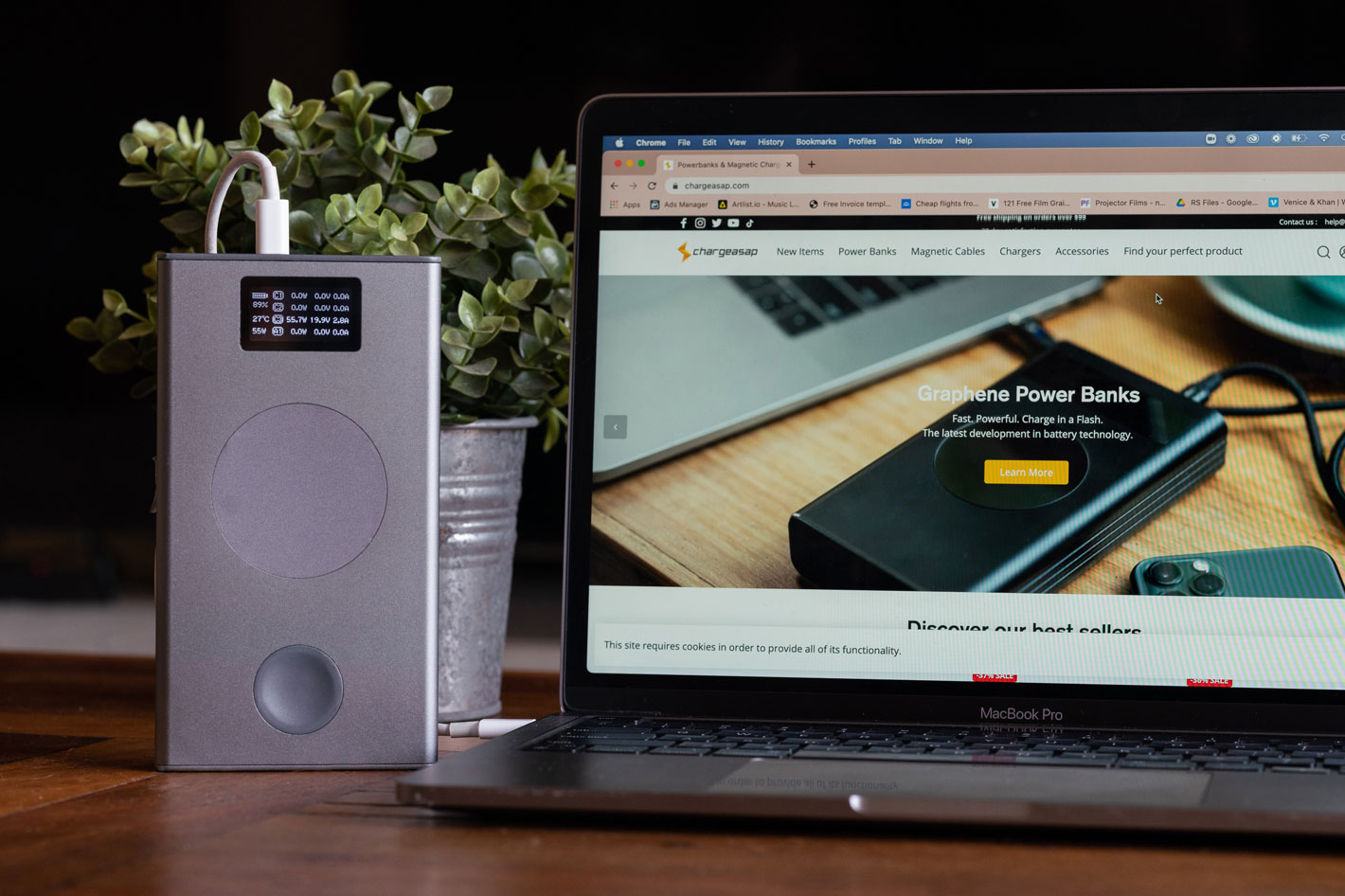 Able to charge a 13-inch Macbook 1.3 times, the new Flash Pro Plus is announced as the world’s most powerful power bank. There is also a version for Android users, the Flash Pro.

There is something special about power banks, apparently. Only that explains how fast the new products from Chargeasap, a company known for its incredibly successful crowdfunding campaigns including Infinity UNO and X-Connect cables, raised money: the Flash Pro: World’s Fastest Powerbank Redesigned campaign on Indiegogo has reached €338,902 (+/- 390K in dollars) from 2179 backers, 3998% of its €8,475 fixed goal, with 20 days to go.

Chargeasap says the next generation is here, with the Flash Pro and Flash Pro Plus being the world’s fastest charging power banks re-engineered for today’s Android and Apple users. After assessing the feedback from over 10,000 backers, Chargeasap has re-engineered the ultimate mobile charger to truly complement users’ work and lifestyle needs. This includes the addition of an extra battery to upgrade the capacity by an additional 20% to 25,000 mAh, giving the extra power that backers requested. It now has enough capacity to charge a 13-inch Macbook 1.3 times or charge an iPhone 12 Pro 7 times. 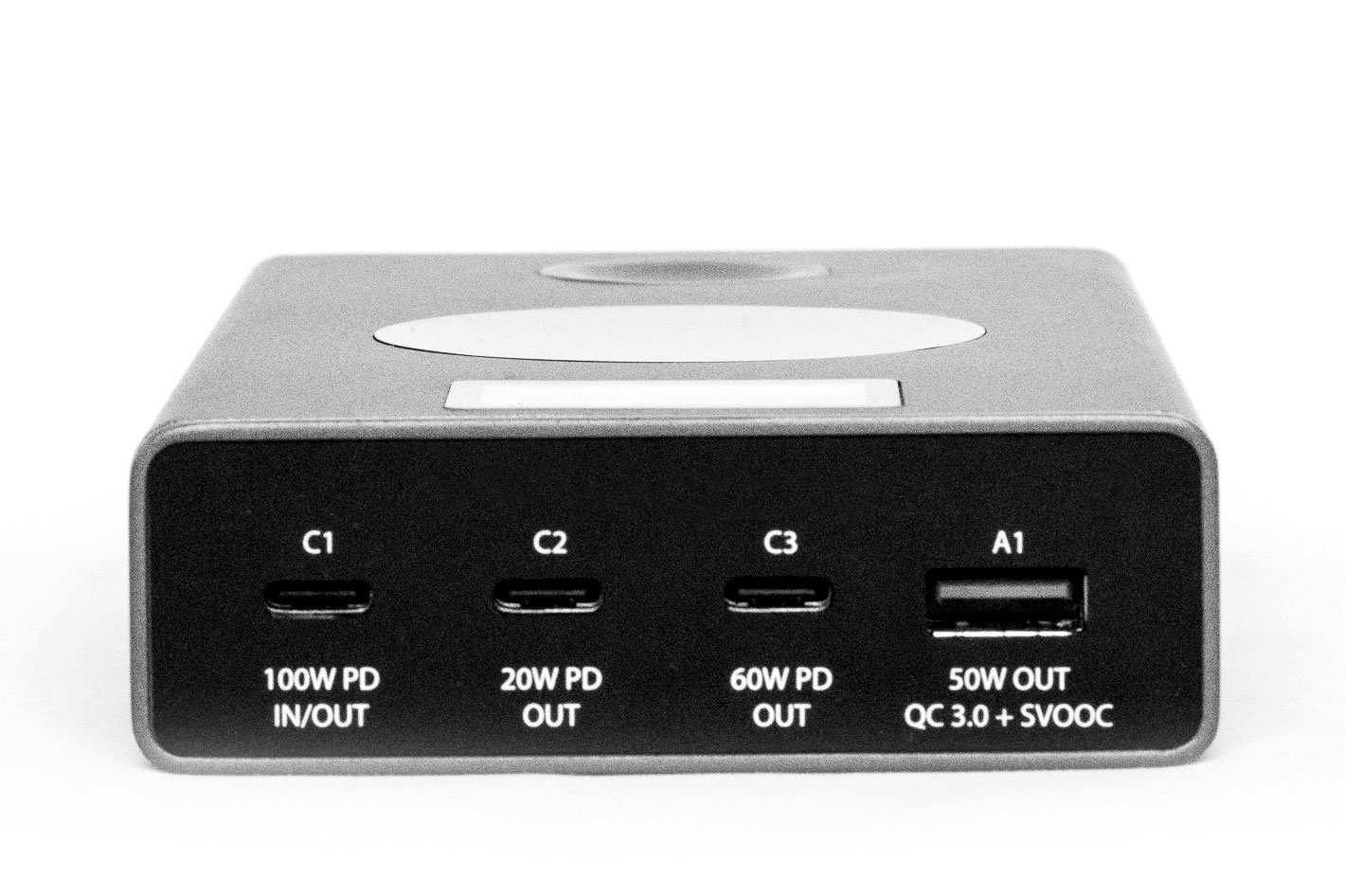 Charge up to 6 devices at the same time

A 3rd USB-C port has also been added by popular demand to allow full-speed charging for a 16-inch Macbook Pro, a 13-inch Macbook Pro and an iPhone 12 Pro – all at the same time and at maximum speed. The USB-A port now has an increased 50W of power to support more proprietary fast charging technology from major brands including Samsung, Huawei, Oppo and Vivo. According to Chargeasap it will also be able to support up to 22.5W for all Huawei devices. A single USB-C port is able to support 100W Power Delivery 3.0 while the additional USB-C ports are able to reach 60W and 20W respectively. Each USB-C port also supports the maximum charging speed of 20W for the iPhone 12 Pro range.

Flash Pro is ideal for Android users, with a wireless fast charging pad upgraded from 10W to 15W, whilst Flash Pro Plus has been designed with Apple users in mind, by incorporating 15W MagSafe compatibility and a 5W Apple Watch wireless pad. Flash Pro Plus is capable of 15W wireless charging. Just place the iPhone 12 on top of the MagSafe charging pad and it will magnetically attach to help the device remain in place. The MagSafe wireless charger is also able to support up to 10W wireless charging for all other devices such as Apple AirPods. Flash Pro Plus delivers an impressive 190W of combined power meaning it can charge up to 6 devices at the same time, so all Apple devices are covered.

Chargeasap has worked hard too on increasing the charging capability with Flash Pro charging at an extraordinary 80% in only 43 minutes, with a full charge delivered within 70 minutes. This makes it the world’s fastest high-capacity charging power bank. The secret to this fast charge technology lies in the same revolutionary graphene batteries, designed by Panasonic and used by a leading pioneer of electric vehicles, used in the original Flash power bank. Graphene batteries are safer and support faster charging at lower temperatures. 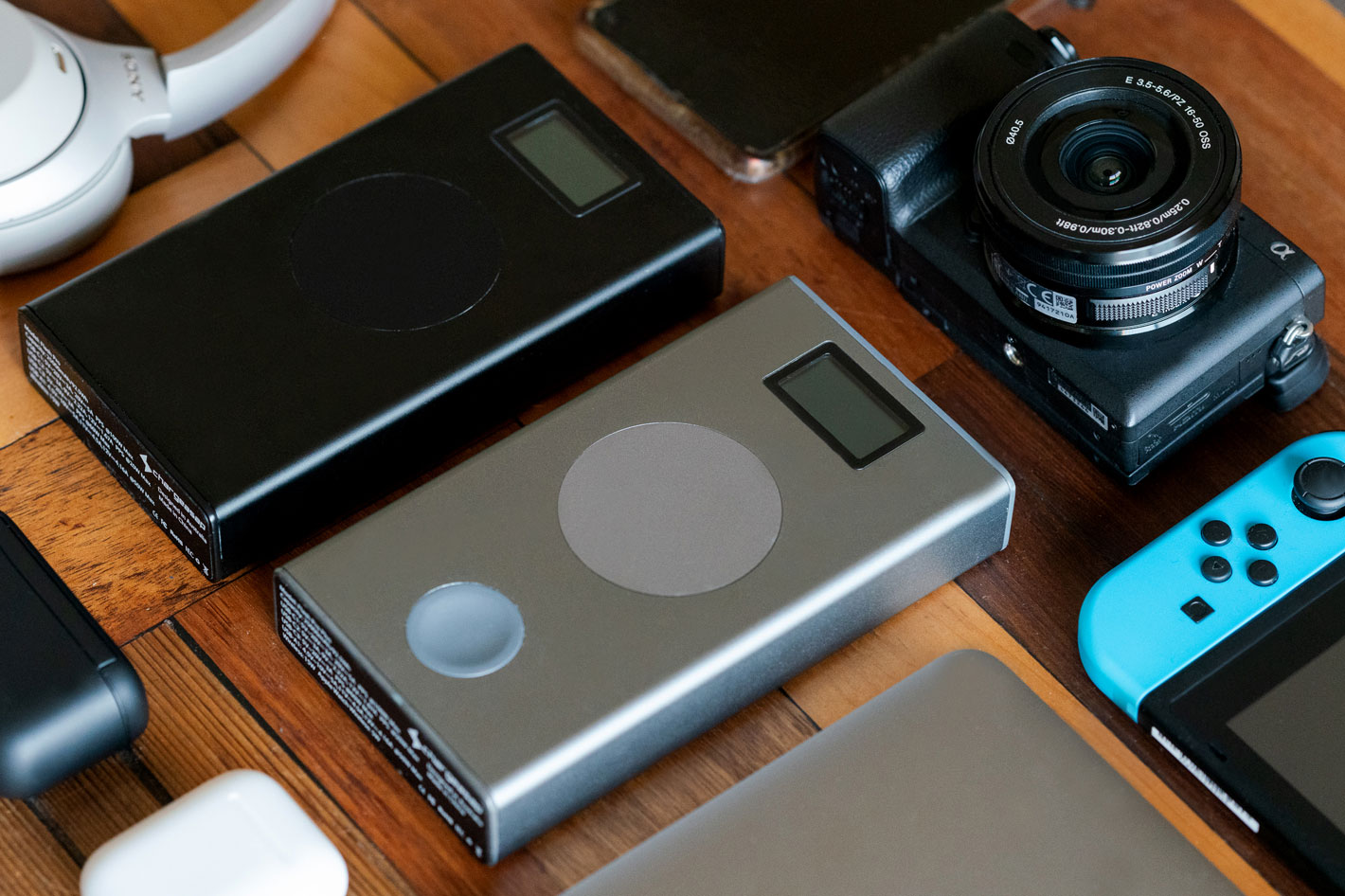 A 1.3-inch OLED screen to control all the functions

Chargeasap says that “Flash Pro and Flash Pro Plus will still perform as if they were new, even after 5 years of daily use, with an extended 2,000 use life cycle, 4 times longer than standard batteries with only 500 cycles. The company is so confident in its power banks it offers consumers a two-year guarantee. The clutter is now also removed with pass-through charging allowing charging of up to 6 devices at the same time, even whilst charging Flash Pro.”

What really makes Flash Pro unique, is the 1.3-inch OLED screen making it the world’s first power bank to display real-time charging volts and amps, so a user will know exactly how fast the various devices are charging. This is coupled with dual NTC thermistors that “measure” operating temperature for peak efficiency and safety that can be monitored live. The industry leading smart chip ensures the optimum amount of power is distributed from each port, enabling support for all the differing USB devices. It is also upgraded to now detect and charge low powered devices such as earbuds or smart watches.

Chargeasap has also improved the design by making changes, based on feedback received, with the aim of enhancing the user’s experience. The edges have been smoothed out, the corners have been rounded and the power button has been re-designed so that it’s more flush, easier to press and feels sturdier. It has also added a subtle LED glow that makes it simple to turn on the Flash Pro Plus in the dark as well as giving it a sleek look. Additionally, the glass wireless charging pad has been removed to increase the durability of Flash Pro Plus and to make it drop proof, ensuring it can withstand any bangs and drops it may encounter.

All of this is protected by aircraft grade aluminium and comes with over a dozen safety features and international certifications, making it an extremely durable power station that’s safe for airline travel. It is also incredibly portable as the Flash Pro Plus and Flash Pro comes in a pocket-sized 583.5g (1.28lb) 572.5g (1.26lb) respectively. So, whether travelling, on the go or in need of some extra power, users can charge in a flash, with the next generation Flash Pro and Flash Pro Plus. 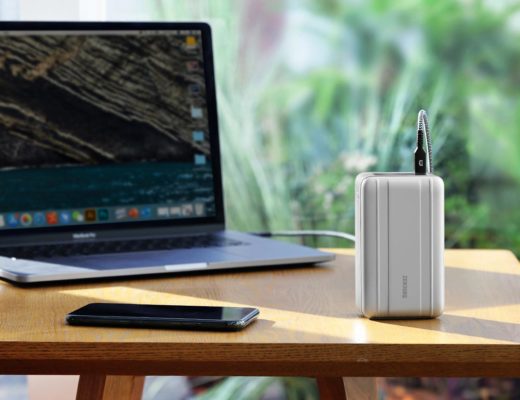 The ability to charge 4 portable devices in 1 time is one of the reasons why Zendure’s SuperTank...