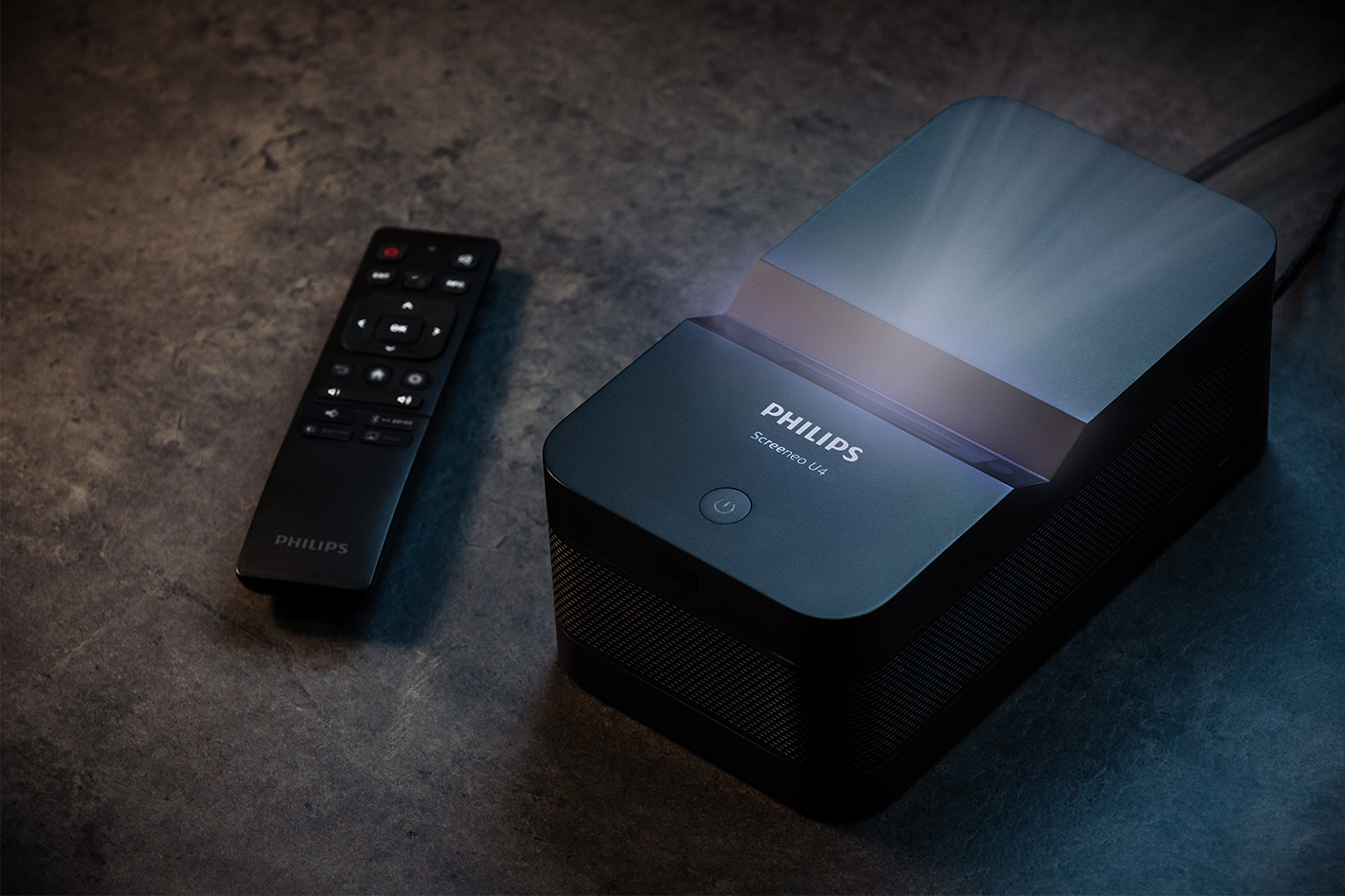 Fully funded in 10 minutes on Indiegogo, the ultra-short-throw projector Philips Screeneo U4 provides an 80″ True Full HD picture while positioned as close as 12″ (30.5cm) away from a wall.

Exclusively available for pre-order on the online innovation platform, Indiegogo, the Screeneo U4 has already received great interest from thousands of backers, as the numbers suggest. Philips says that “the Indiegogo supporters who participate in this venture unite around the company’s vision of democratizing innovation, and they now have the chance to see the finished product come to life.” One can add that photographers looking for a modern day slide projector may want to look at the Screeneo U4 as a solution to share their work.

Philips, a company that had a virtual meeting room for consumers in Second Life (in that Metaverse’s heyday) where participants – paid with Amazon vouchers – discussed new products from the company, used crowdfunding in 2019, launching the PicoPix Max projector on Indiegogo, “to understand if our users wanted Philips Projection to expand its pico projector offering. We learned a lot from the early feedback from backers. They helped us understand what projectors our audience wanted and what we could do better to provide a better user experience.”

Now it’s time for the Screeneo U4 to make it to Indiegogo, offering the ideal solution if you want to have a big screen you can carry anywhere… and don’t mind it being just Full HD. Philips says that the Screeneo U4 provides a true cinematic experience at home and is perfect for your bedroom, kitchen, study, or living room. Optimize your space and get the most out of every square inch of your home as you can position the projector less than a foot away from the projection screen. When placing the projector 7.7in (19.5cm) from the wall, you get a 60″ (152cm) image while 12in (30.5cm) gets you a massive 80″ picture. In fact, it’s also possible to get, according to Philips, “a crystal clear image projection measuring up to 120″, with just 22.2 inches (56.5cm) between Screeneo U4 and the projection surface.” 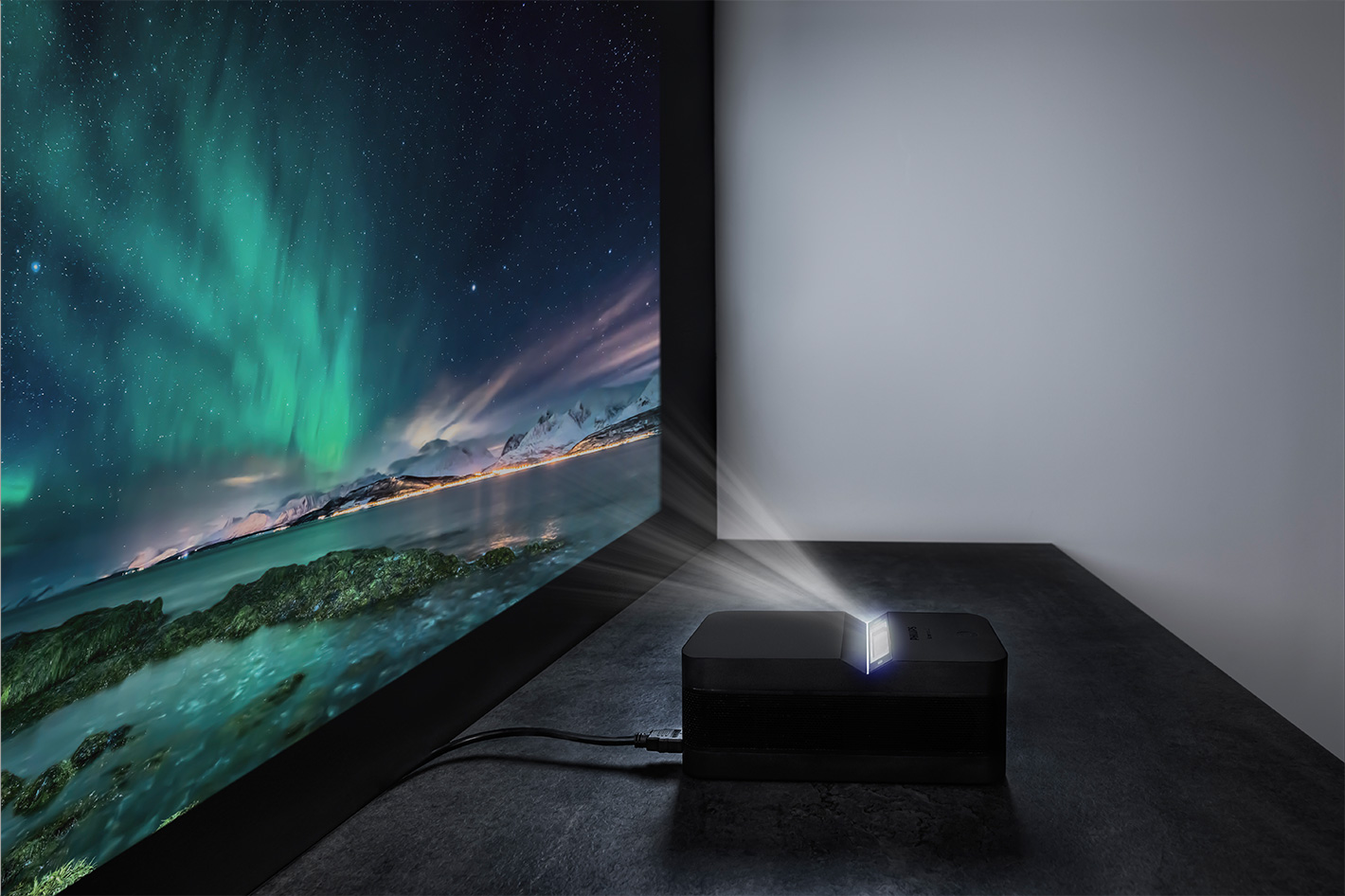 “After witnessing the runaway success experienced by the Screeneo U3, we understood from the get-go that the Philips Screeneo U4 would need to take ultra-short-throw projector technology further, all the while in a more compact design. We believe it ticks all the boxes for providing users picture precision and versatility, perfect for movie marathons and gaming sessions,” said Dan Mamane, President of Screeneo Innovation SA.

The Screeneo U4 is quick and painless to set up in seconds. The fast autofocus, auto-keystone, and 4-corner correction eliminate crooked and distorted images for a perfectly proportioned picture even if the device is not straight in front of the wall. Philips says that the “Screeneo U4 tuning reaches 108% Rec.709 HDTV standard color coverage ensuring an incredible image performance that delivers sharp and crisp visuals. Engineered with AMlogic T972 CPU pictures, the HDR10 colors remain lifelike with outstanding full high-definition sharpness for text.” 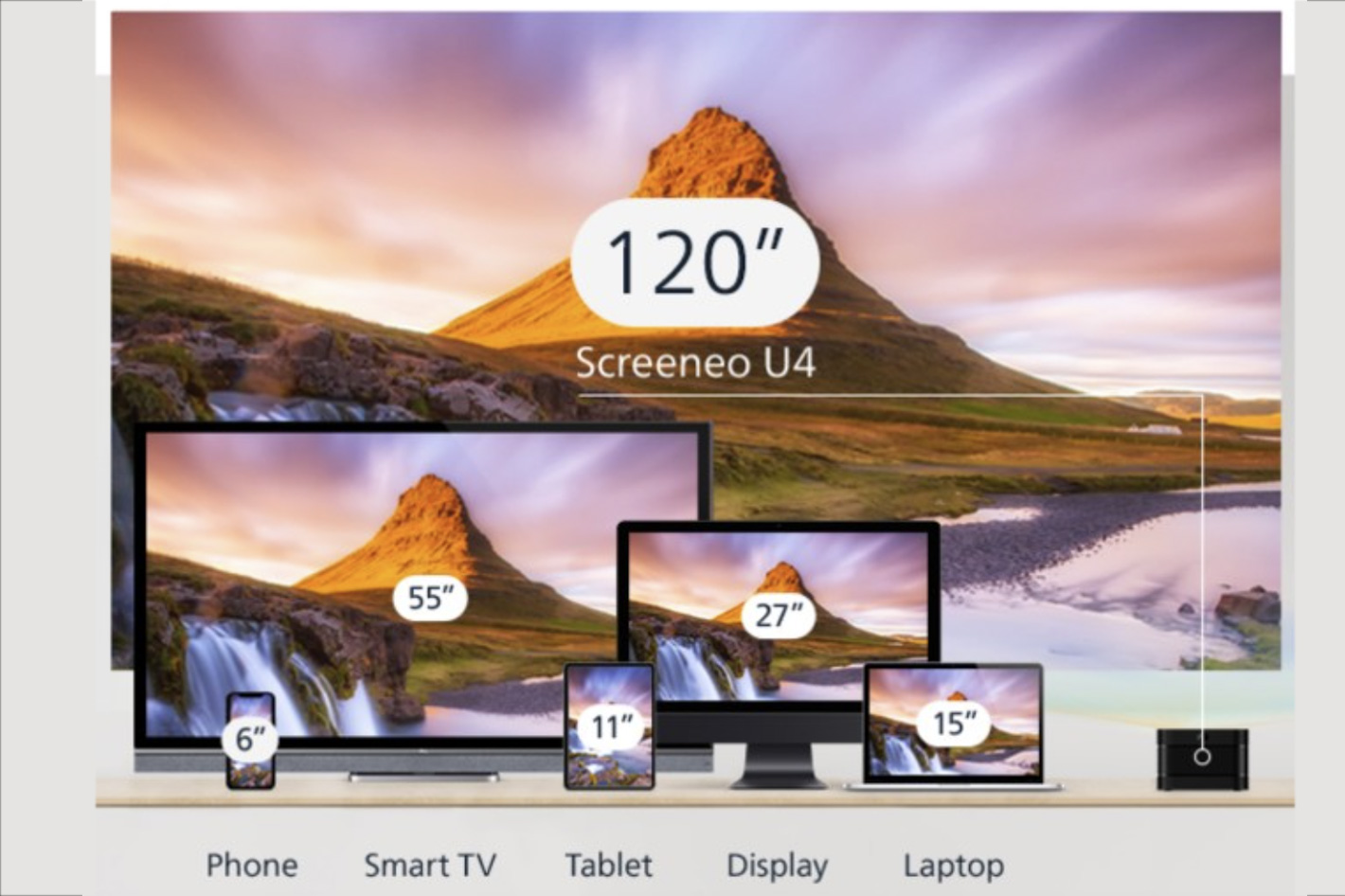 The projector incorporates two HDMI 2.0, a USB-A and a Jack 3.5 so that you can connect all your devices. You can link your gaming consoles, Apple TV, laptops, or TV receivers to the HDMI ports. Thanks to the USB-A power port, you don’t even need an extra adapter for your streaming devices such as Amazon Fire Stick, or Roku: plug it into the HDMI and USB port, and you’re ready to go. 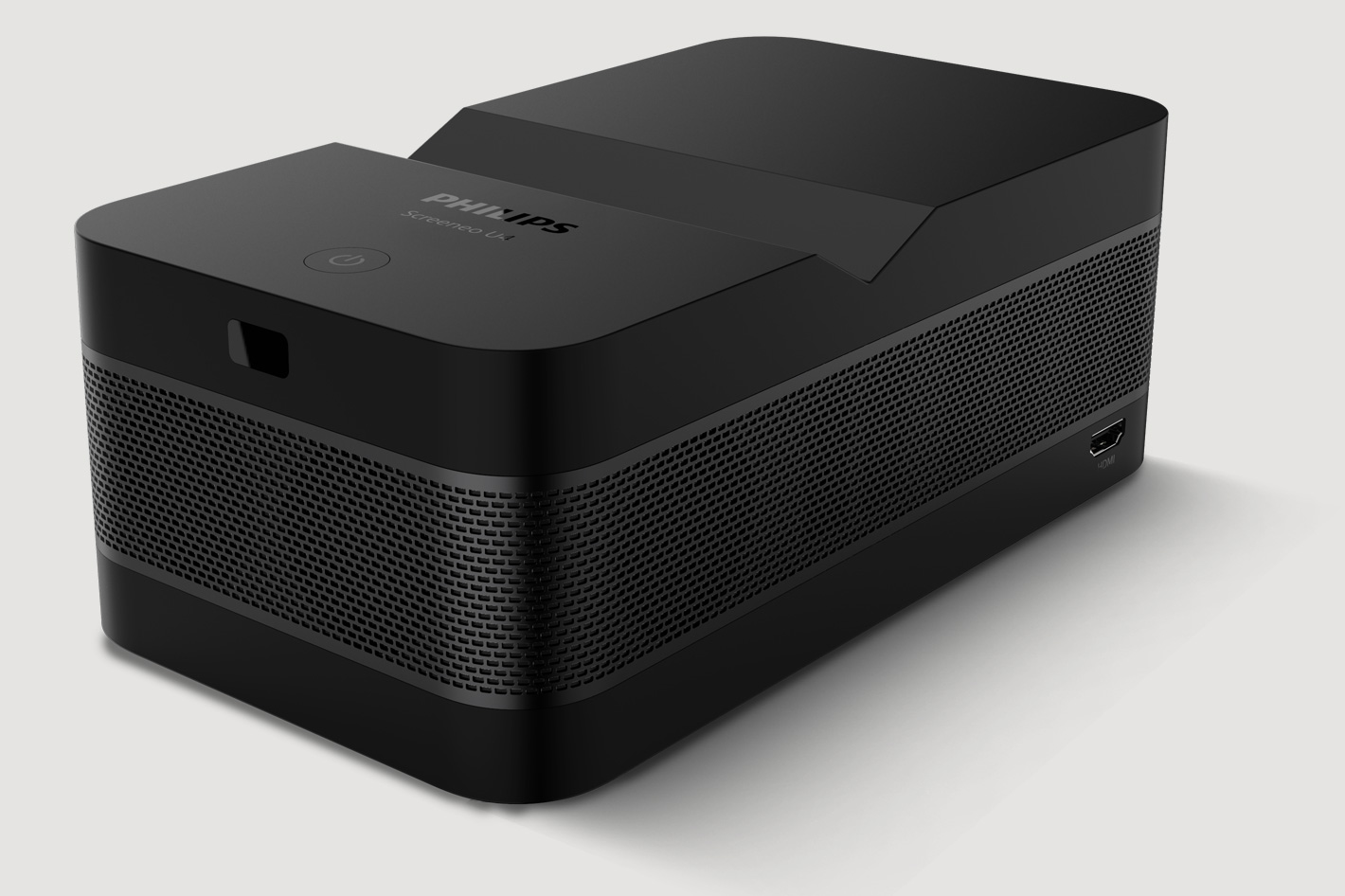 Users will enjoy a fully immersive movie and music experience with the surround and bass boost, a booming 2×15 watts design, and 2.1 sound system. Thanks to the Dual Bluetooth audio function, you will also be able to listen to your audio on two different Bluetooth devices at once (speakers or earphones) or even turn your projector into a boombox, enjoying tunes with or without video.

Comprising a modern and compact design, with full dark matte blending aluminum and ABS, the Screeneo U4 comes with an international charger and a remote control and is available starting from $665 USD exclusively on Indiegogo. 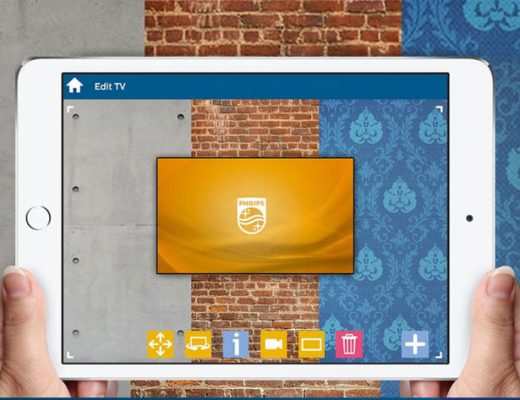 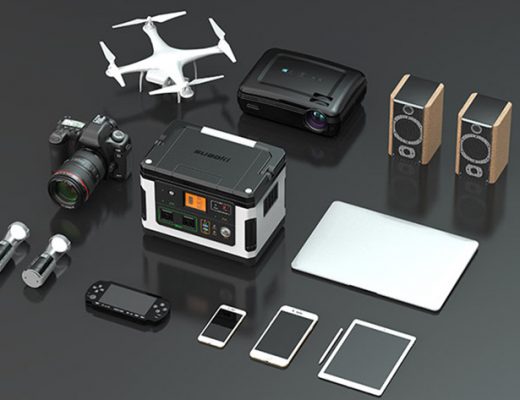 Energy to power a drone for nine hours or a laptop for 45 hours is what Suaoki offers in... 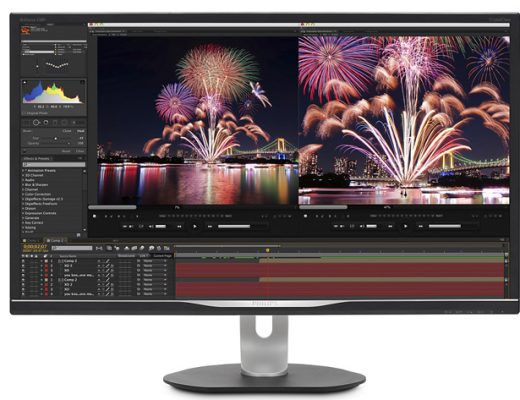 Presented as perfect for graphic designers, CAD engineers, photographers, video editors and other professionals, the new monitor from Philips... 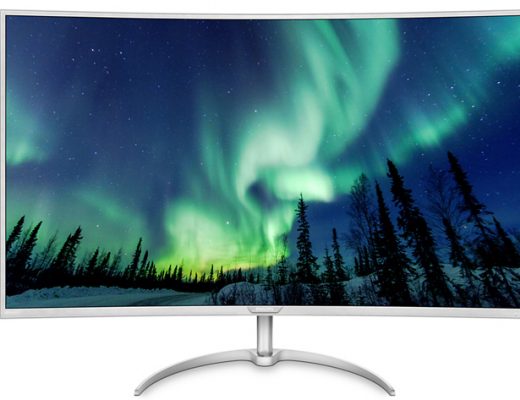 When it comes to monitors, Philips has a word to say. MMD, brand license partner for Philips monitors worldwide,...