Is it time to move beyond film lenses for digital capture? The only way to know is to take a very close look.

I’ve worked with a lot of cameras, and I’ve always come back to ARRI cameras whenever I’ve had the chance. It’s just my artistic preference. I’ve been more agnostic about lenses, as one can put any lenses on any camera, and I’ve always felt that, in the digital realm, the camera makes a huge difference—possibly more so than the lenses.

I still think the choice of camera is hugely important. It defines the look of an image at a very basic level. How a manufacturer builds their sensor and interprets its signal has everything to do with defining the chromatic and dynamic range constraints within which a DP has to work.

I’ve experimented with a lot of lenses. Most recently, just before leaving my freelance DP career and starting work as Cinema Lens Specialist with ARRI, Inc., I alternated between Cooke S4s and ARRI Zeiss Ultra Primes. When I tired of one I switched to the other. I’ve also used ARRI Zeiss Master Primes, Cooke Speed Panchros, Canon CE Primes, Leica primes, Sigma Primes, Cooke, Canon, Sigma and Angenieux zooms, and over time I’ve become familiar with all their looks. While the look of a camera is important, there’s no getting around the fact that a camera can’t see the world without looking through a lens. That optical assembly is the first step in the chain of image creation, and while differences between lenses are not always immediately obvious, their intrinsic characteristics are baked into the image at the full bit depth of the sensor. That’s significant.

I’ve not taken to pixel-peeping lenses in the same way that I’ve looked at cameras. Now that I’m working with ARRI’s lens portfolio, I’m starting to do exactly that.

It’s eye-opening. There are a lot of choices. They’re all different. They’re all good for something, but not all are good for everything.

Last year ARRI rolled out an update to the venerable PL mount, and for good reason. Film cameras left a lot of room between the lens mount and the film plane to allow for a spinning mirror shutter, but this distance made lens designs considerably more complicated. There’s a reason that still camera manufacturers are moving to mirrorless cameras with shorter flange depths, and it’s because they can make better lenses by doing so. When ARRI looked at manufacturing a new line of all-format lenses, the optical team decided to throw out the PL mount requirement and start fresh. Why work around a spinning shutter that’s not there?

The PL mount’s flange depth is 52mm. The optical team felt that 40mm gave them the most flexibility for future lens designs, but they compromised on 44mm to leave room for a PL-to-LPL adapter. It may not seem like much, but moving the lens 8mm closer to the sensor results in lens designs that require many fewer optical elements, reducing lens weight and making it vastly easier to control focus breathing.

The rear of the PL mount is too narrow for large sensors. Photosites have depth, and are covered by microlenses to improve efficiency. Light rays that strike them at a steep angle can cause vignetting and color distortions. In order to pass light rays to the sensor at a 90-degree angle, the rear of the lens has to be as large as the sensor. PL is only 54mm in diameter; LPL is much bigger at 62mm.

“Telecentricity” is the name given to lenses that pass light rays to the sensor at right angles. It offers many benefits, including the ability to largely eliminate chromatic aberrations.

ARRI has licensed the LPL mount to all who wish to build it. It is meant to be the digital lens mount standard of the future, in the same way that ARRI’s PL mount became the film standard 40ish years ago.

I took a look at two different lenses—one with a traditional PL mount and another with the newer LPL design—and put them through some torture tests. This is what I saw.

From the film world, I chose a 50mm Zeiss Supreme Prime. This line of lenses is fairly popular, and they’re from Zeiss so we know broadly what to expect: neutral in color, contrasty and sharp. They are designed around the traditional PL mount. As the PL mount is meant for film cameras, I’m referring to this as a film-style lens.

From the digital world, I chose a 47mm ARRI Signature Prime. Signature Prime lenses are available in LPL mount only. I’m referring to this as a digital-style lens.

I decided to look at two main issues: chromatic aberration and lens breathing. I’m told that LPL makes it easy to eliminate both, and that sounds like a dare to me.

There’s an old resolution chart in the ARRI Creative Space in Burbank that’s designed to break lenses. I fired up our in-house Alexa LF, put it in Open Gate/ProRes 4444XQ mode, and rolled through focus on both lenses at several different T-stops.

Chromatic aberration is generally fully corrected only at the point of focus. In front or in back of that point, all bets are off. Most film lenses will shift green or magenta, depending on whether an object is in front or in back of this point. Old ARRI Zeiss Super Speeds skewed strongly toward green when the focus was placed forward of bright backgrounds, so I conducted an experiment to see how these two different types of lenses responded under similar circumstances.

Here are the results.

The LPL-based ARRI Signature Prime shows considerably reduced chromatic aberration when compared to the Zeiss Supreme Prime. Here are vectorscopes showing the hue shifts at peak saturation in each focus direction, compared at T2 for both lenses. (Vectorscope gain is set at 2x.)

Also, instead of the Signature Prime’s chromatic aberration skewing green/magenta, it instead skews warm/cool, which feels more natural to me. I’ve never seen that before.

It feels as if the ARRI optical designers had more options available to them, whereas the Zeiss Supremes are fairly typical film lenses.

I’ve been told that reducing the flange depth makes it easier to eliminate focus breathing. Over the holidays I had a chance to take an Alexa LF for a spin. At one point I found myself standing on a seaside cliff, viewing the ocean through some tree branches, and I rolled some footage on an impromptu focus breathing test.

My jaw dropped when I shot this. Even when viewed through the viewfinder, I could tell this was the most unobtrusive focus rack I’d ever seen. I’m used to seeing some sort of size change when throwing focus. ARRI Zeiss Master Primes were the exception to this rule. The Signature Primes are at least as smooth as Master Primes and possibly smoother, while being a lot smaller and lighter.

Under more controlled conditions, I framed a chess board in the ARRI Burbank Creative Space and executed a little focus rack, to see if I could detect a difference in focus breathing between the Zeiss Supreme Prime and the ARRI Signature Prime.

I’ve come to accept some degree of image size change on focus racks because they’re so common. It’s startling when that size change isn’t there. The Supreme Prime performed as I would expect a film lens to perform. The Signature Prime didn’t breath at all.

I also saw a difference in the bokeh between the two lenses. 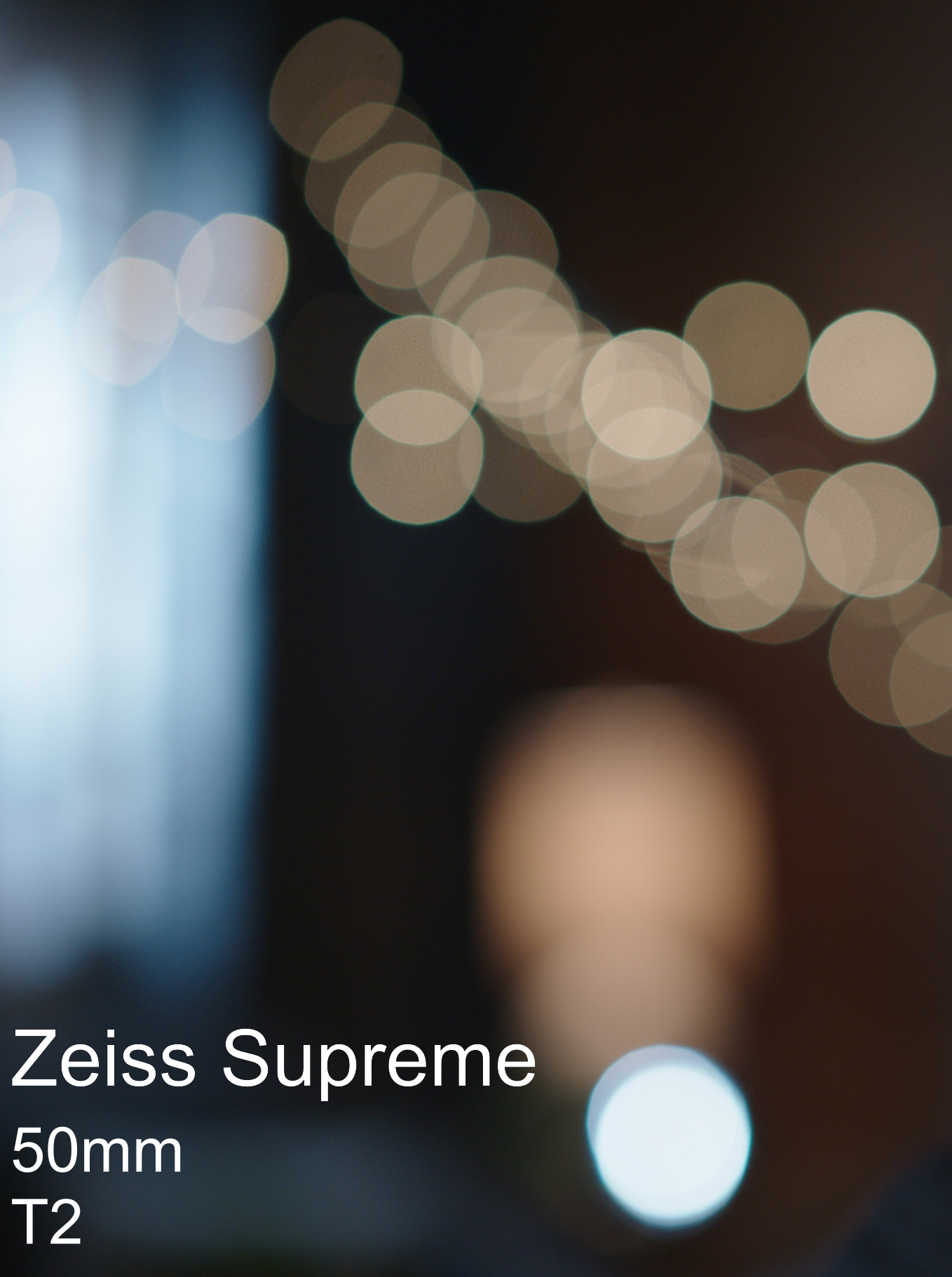 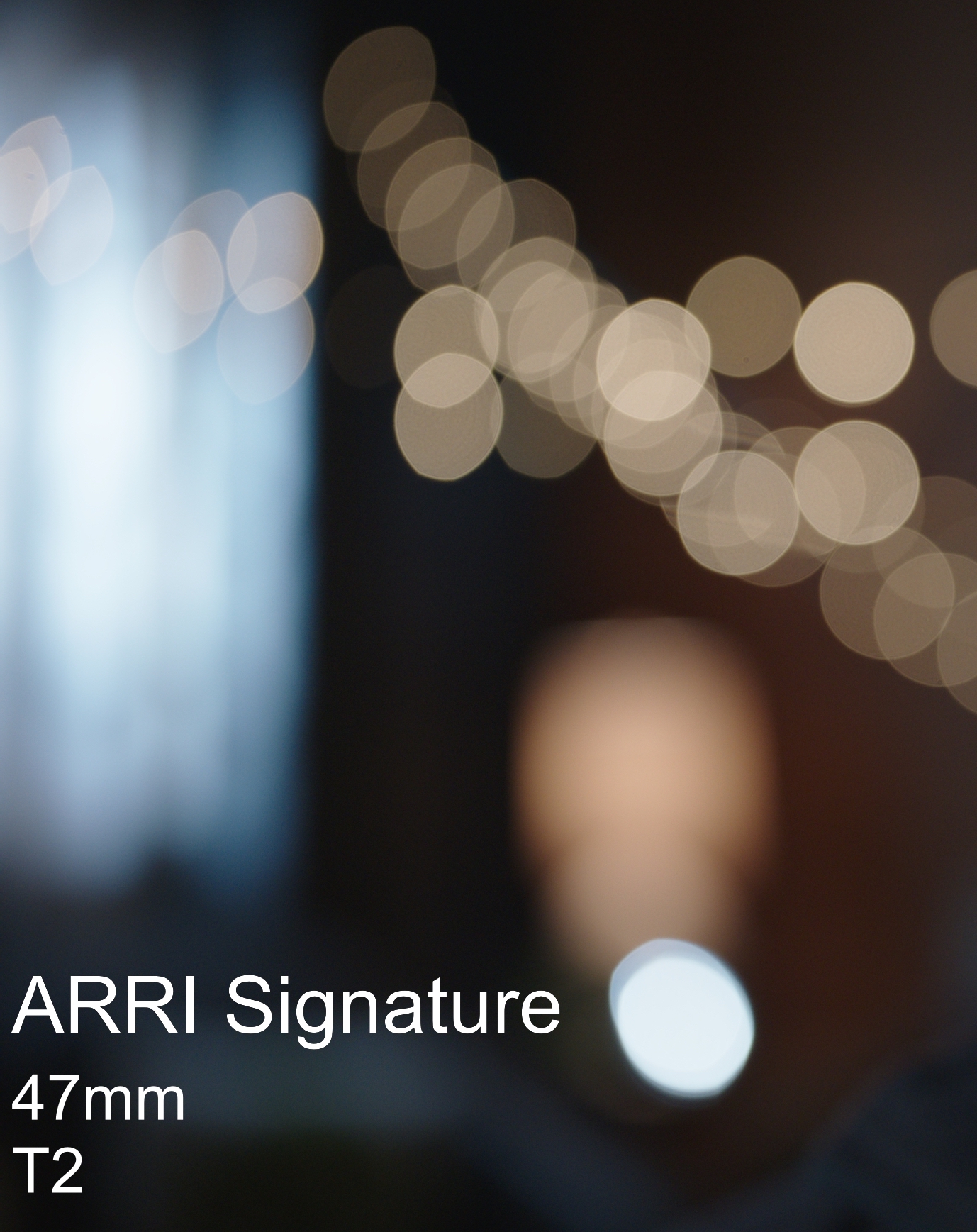 LPL does seem to make a considerable difference to lens design, and I’ll be curious to see what other manufacturers make of it as this new standard is adopted. Meanwhile, it’s good to note that traditional film-style PL lenses interact with sensors in predictable ways, and LPL lenses do away with a lot of these artifacts for a more immersive feel. Both are valid choices, depending on the needs of the project.