“Dreams of Dalí” first opened to the public at the Dalí Museum in St. Petersburg, Florida. If you can not go there, the Virtual Reality experience available is free to explore. All you need is a VR headset. 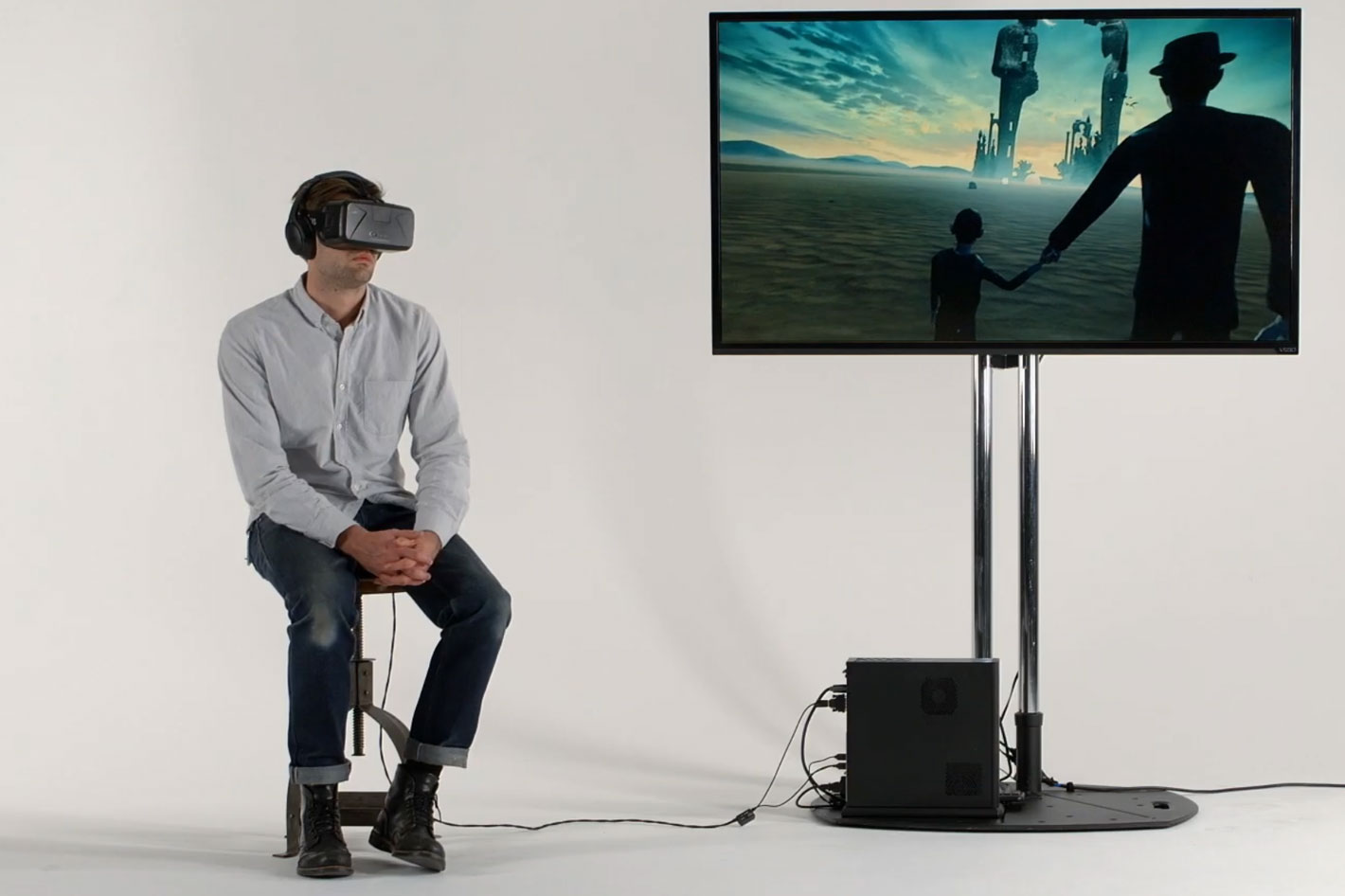 Many of Dali’s paintings clearly invite viewers to step inside them. In “Archeological Reminiscence of Millet’s ‘Angelus'” that’s exactly what you do, thanks to Virtual Reality.

Compatible with Oculus Rift, HTC Vive, Valve Index and, through Steam, any Windows Mixed Reality headset you may want to use, like the high-resolution HP Reverb G2, “Dreams of Dali” is a Virtual Reality experience from The Dali Museum (St. Petersburg, FL), that allows you to explore Salvador Dali’s 1935 painting Archaeological Reminiscence of Millet’s ‘Angelus’ in ways not possible through any other medium.

As the Salvador Dali Museum noted when the original exhibit was launched, back in 2018, the VR experience allowed users to “enjoy the remarkable marriage of art and technology” as it takes us inside the mind of the legendary surrealist Salvador Dalí by transporting us into one of his early paintings, Archeological Reminiscence of Millet’s “Angelus” (1935).

The Dalí Museum has been the unofficial heart of fine arts in the Tampa Bay area since its opening in 1982. Since its inception, the museum has been committed to embracing new methods to engage guests in unconventional ways, and you’ll find a series of digital experiences that allow you to discover Dali’s art, including Dalí’s Masterworks In Augmented Reality, the Dalí Museum App or an Artificial Intelligence (AI) experience, Dalí Lives, that employs machine learning to create a version of Dalí’s likeness on a series of screens throughout the Museum, providing Museum visitors an opportunity to learn more about Dalí’s life from the person who knew him best: the artist himself. 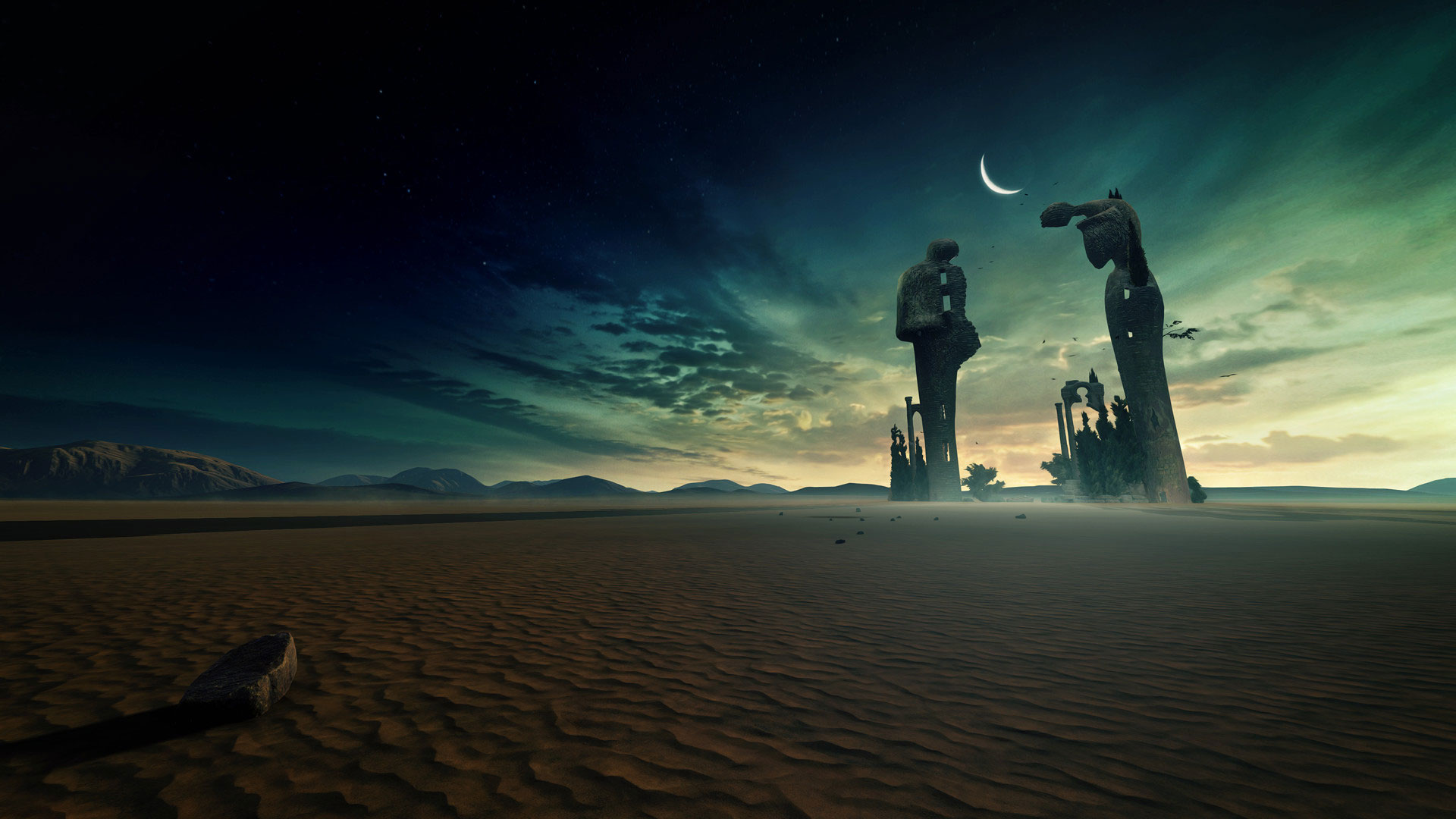 Dalí would have loved VR

One app from the museum that you can use at home, though, is Dreams of Dalí, which is the subject of this article and yet another title to include in a library of VR experiences that ProVideo Coalition is building with weekly suggestions shared with its readers. Dreams of Dalí joins previous titles, as The Scream, Claude Monet, The Water Lily Obsession or 1943 Berlin Blitz.

According to the museum that keeps the artist’s memory, “throughout his life and career, Salvador Dalí was an innovator, constantly challenging the status quo. Whether revolutionizing the art world, questioning the social mores of his day, or forcing us to reevaluate how we see, interpret and interact with the world around us, Dalí was future-focused, constantly searching for scientific, spiritual and artistic connections. His experimental techniques, provocative theories of art and his ongoing fascination with technology placed him in the vanguard of discovery, always testing limits, probing boundaries and leaning purposefully into the future.”

Based on that understanding, the Dalí Museum believes that “Dalí, as an early adopter of new techniques, skills, methods and processes, would be delighted that in the decades following his death, emerging technology would allow people to go inside his paintings, to make them three-dimensional and even bring himself back to life!” That’s what the museum, which is a  501(c)(3) non-profit organization, decided to experiment, when they commissioned Half Full Nelson and Goodby Silverstein and Partners to develop the VR experience Dreams of Dalí. 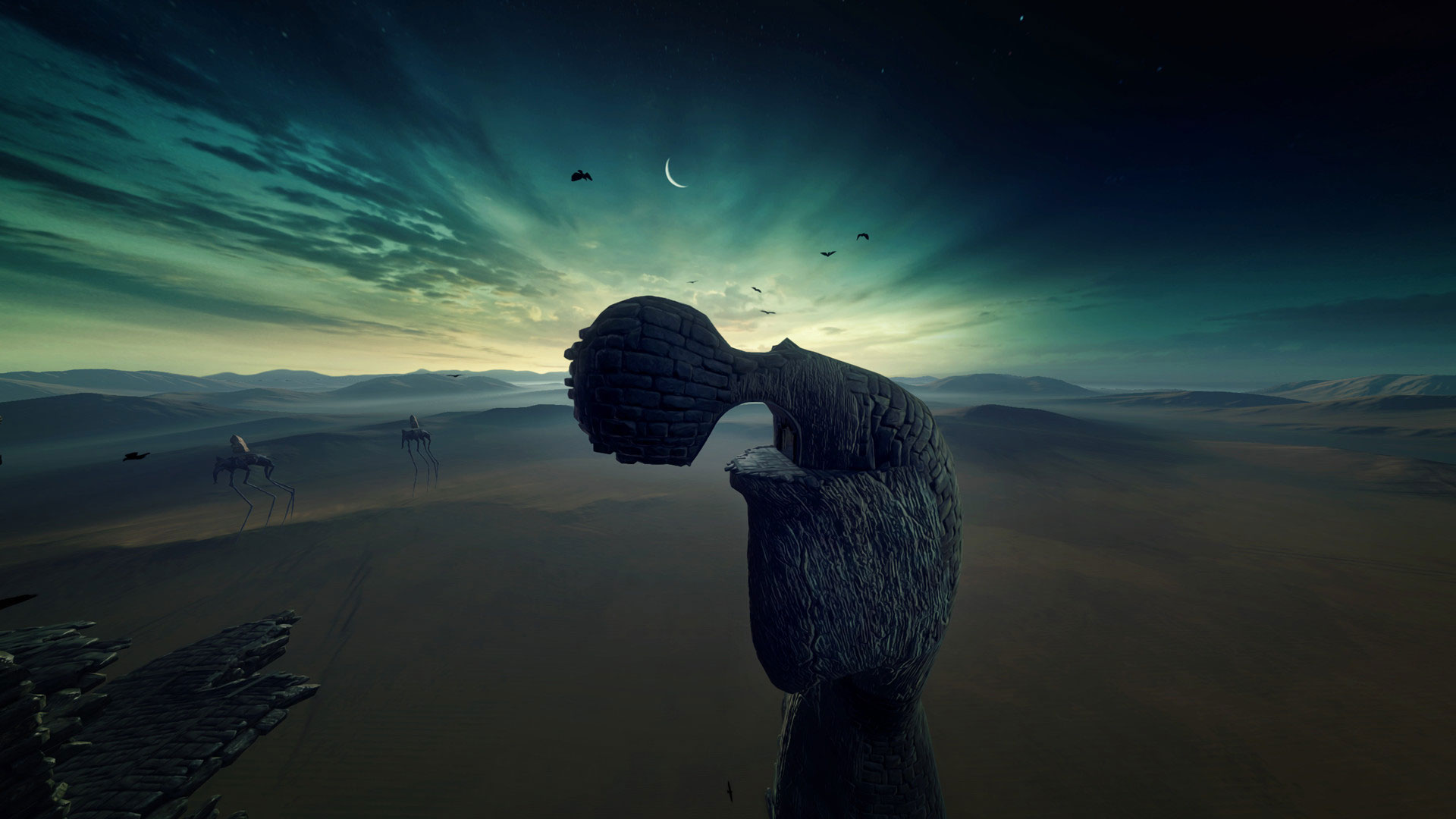 Goodby Silverstein and Partners released the original experience in January 2016, although “Dreams of Dalí” was only made available through the Steam platform in 2018. “Dreams of Dalí” opened to the public at the Dalí Museum, and a 360-degree-video version of the experience, involving simpler VR gadgets like Google Cardboard or Samsung Gear VR, was also available at dreamsofdali.org, according to the company. But for a fully immersive virtual reality experience from anywhere in the world, you need to have a proper PCVR headset. Oculus Quest is also not compatible with the app, unless a cable or any other way to make the Quest compatible with the Oculus Rift S version is used.

“We are excited that our partnership with the Dalí Museum has allowed us an opportunity to explore a new way to look at art,” remarked GS&P co-founder Jeff Goodby. “Dalí was a true visionary, and no other artist would be a better fit for this project.” This award-winning VR experience has garnered visitor acclaim, online praise and international recognition through a multitude of industry awards, including the prestigious Cannes Cyber Lion GOLD; a Webby People’s Voice award; and a Facebook Silver award for Innovation, among others. 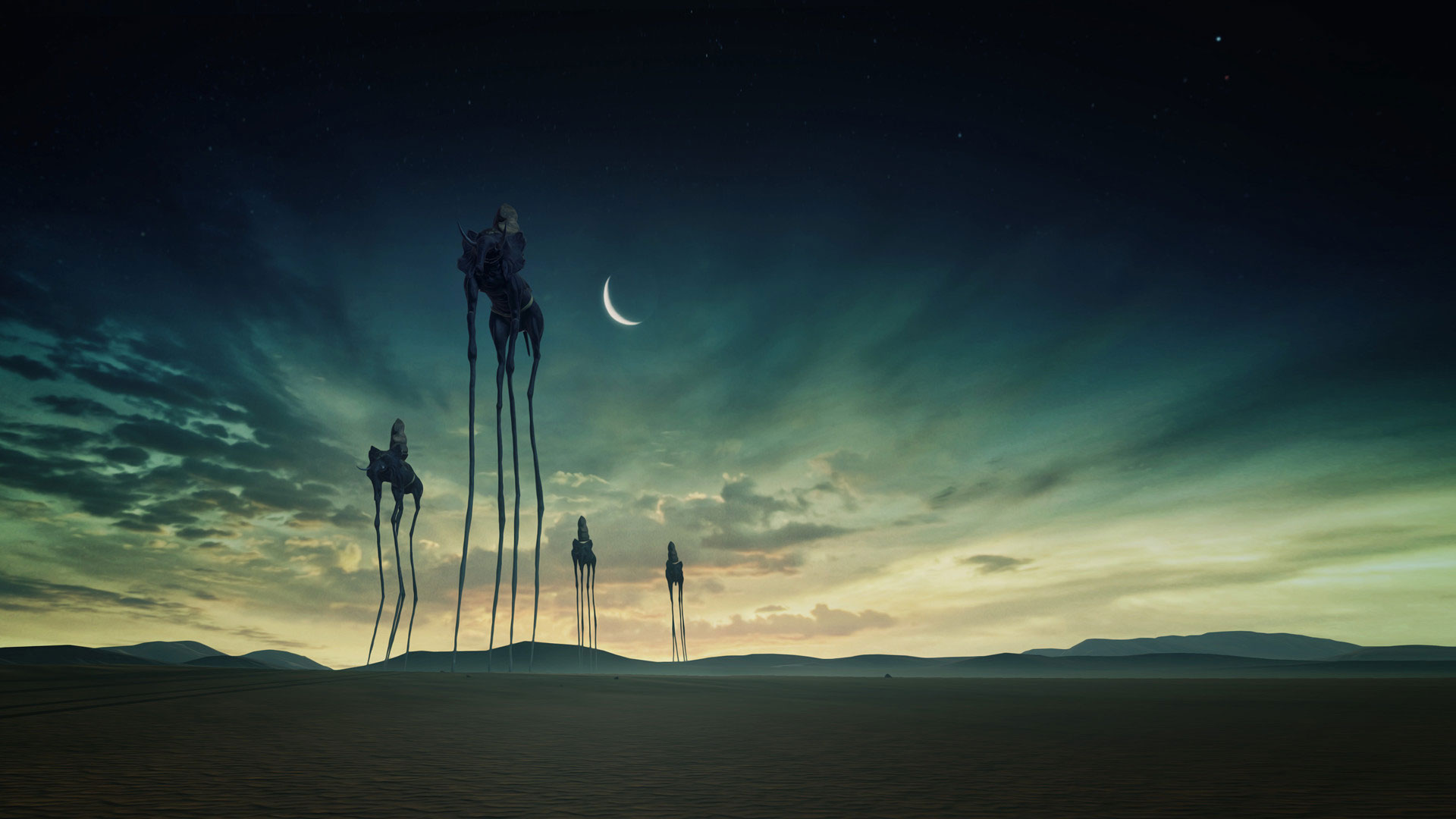 The Lobster Telephone in Dalí’s Dreams

Dalí’s fascination with the Angelus couple from the painting by Jean-François Millet is the key element of his own Archeological Reminiscence of Millet’s “Angelus, which in fact was painted between 1933 and 1935. As a result of his memories, Dalí paints the figures as ancient towers on the moonlit Ampurdan plain, an atmosphere charged with an eerie, prehistoric quality. In his essay on Millet’s work, Dalí uses a postcard to illustrate how the bowing figures reminded him of the monoliths (menhirs) he saw in parts of Catalonia. 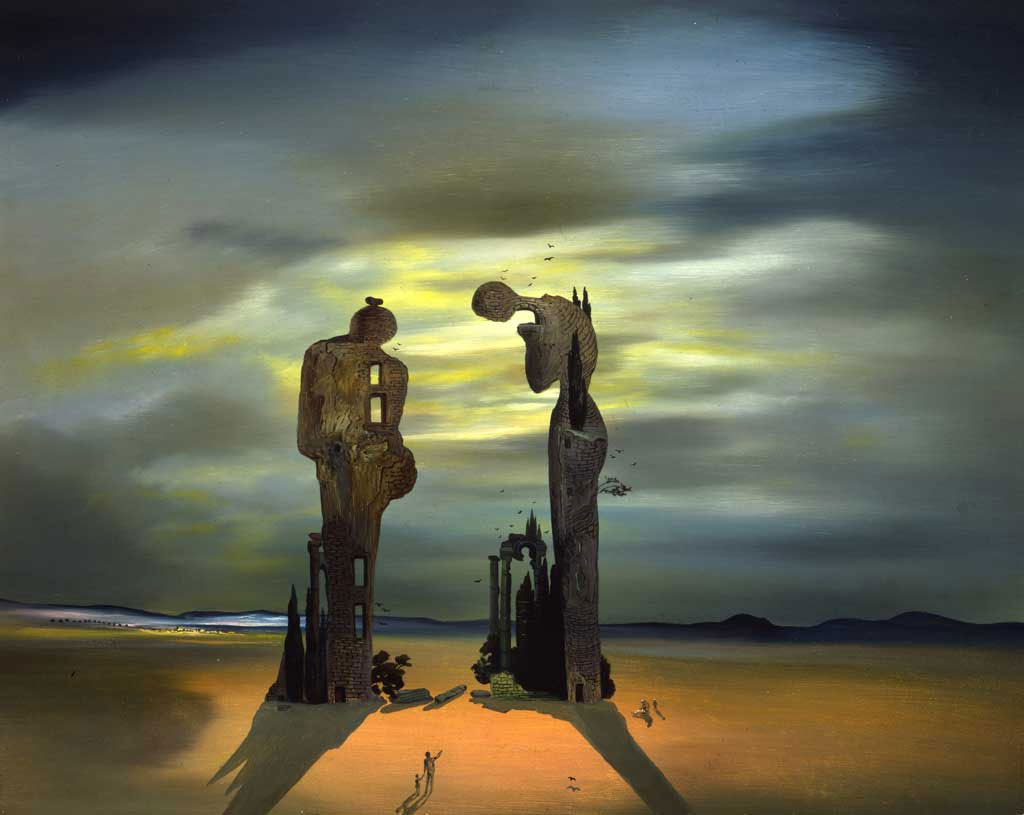 Notes from the museum about the painting also note that “Dalí paints the female slightly taller than the male, with her features resembling a praying mantis. In his analysis of the painting’s latent meaning, Dalí felt that the female was not only the dominant partner, but also posed a sexual threat to the male, associating her with a female praying mantis. This alludes to Dalí’s assertion that Millet’s painting represents sexual repression, male fear and impotence, and in his work Dalí has updated the popular 19th century Symbolist tradition of the femme fatale into a Surrealist context, extending the message of the implicit dangers of female sensuality.”

The VR experience invites the viewer to step into the picture and get immersed in the world of the Surrealist master like never before, venturing into the towers, peering from them to distant lands and discovering surprises around every corner. It’s not only that you’ll be able to check at close distance elements from the picture, but you’ll also discover in this interactive voyage other elements from Dalí’s world, as the Lobster Telephone, one of the artist’s most surrel land striking creations. The Lobster Telephone produced in 1938 is one of nine others previously owned by Edward James, an eccentric and wealthy Englishman, for whose London house it was likely designed. 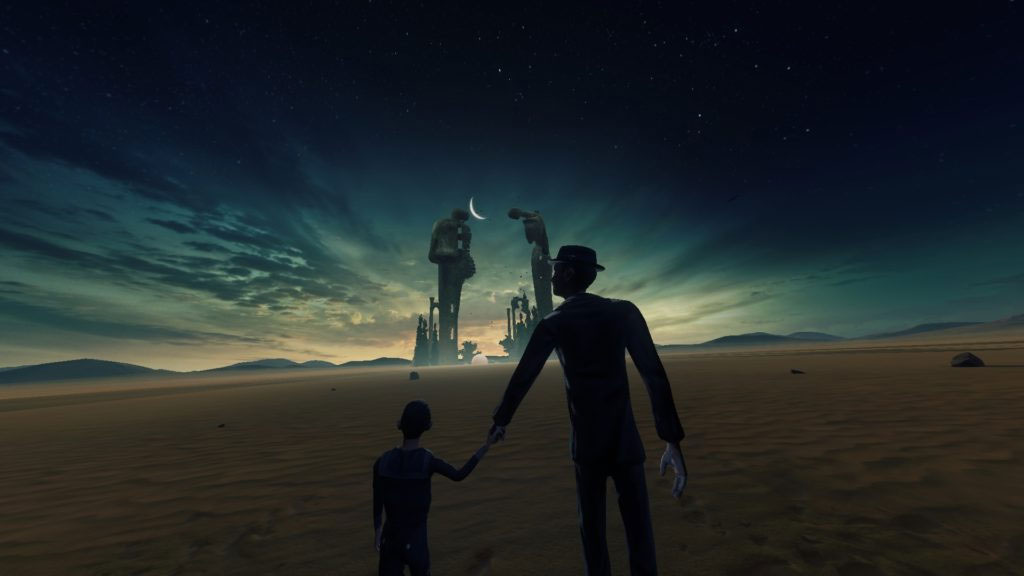 A VR painting full of movement

Traveling inside this 3D representation of Dali’s oil on panel is made through jumps, using a system of orbs – just gaze at them – that mark important elements or perspectives within the frame. Although VR takes you beyond what was depicted in the original frame, you’re still not allowed to move around those elements, like the father and son figure, or the nanny, only seeing them in the same perspective as in the original painting, a limitation that helps to keep the mistery and contributes to the eerie feeling you get from the experience, sometimes. 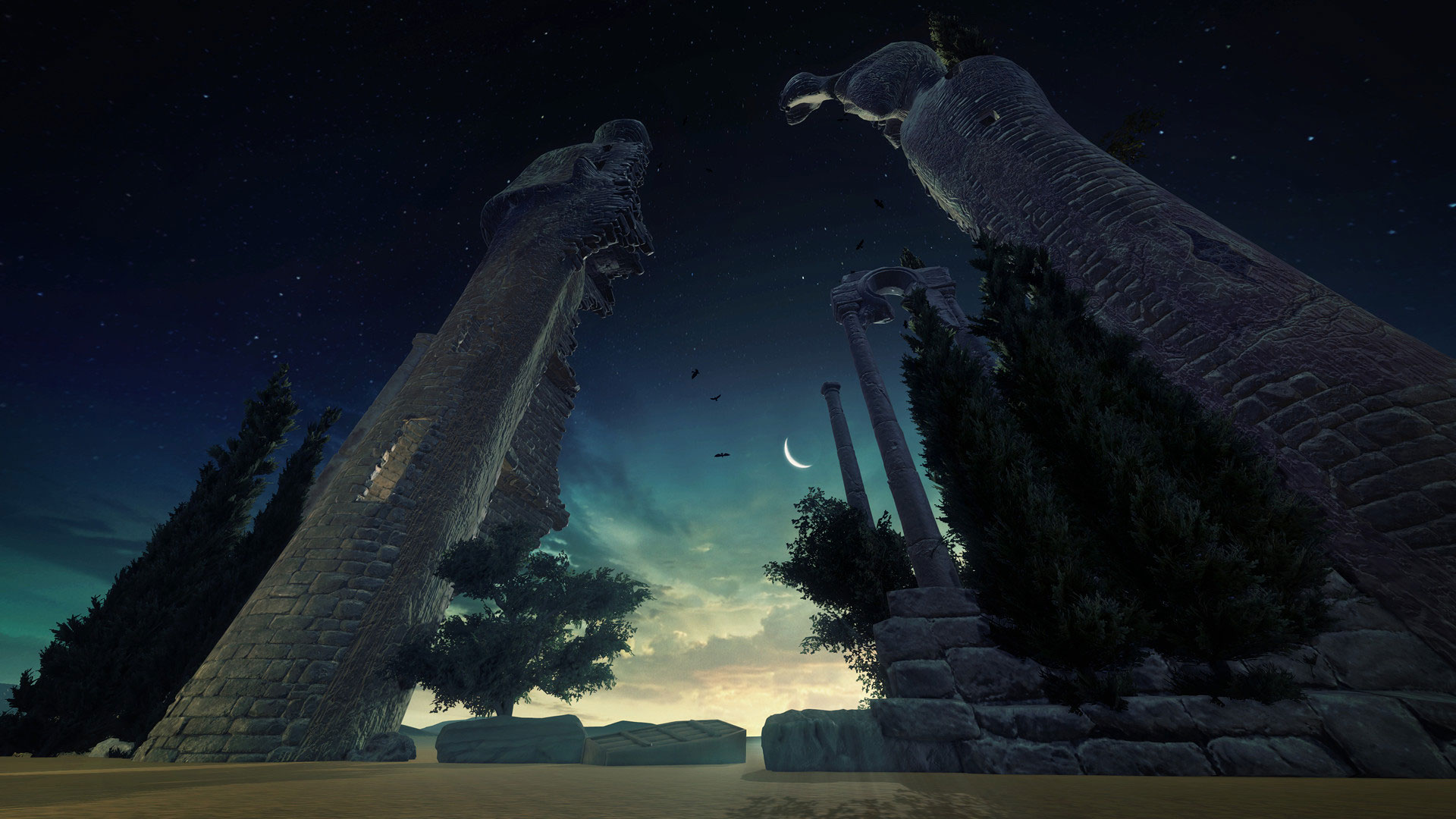 The exploration of Dreams of Dalí is more than the simple viewing of the tridimensional elements present within the 3D frame. Some of the scenes within the VR “painting” come alive and you should not just glance at them and move, but probably wait, as some elements do progress within the virtual landscape. Waiting will reward those who are patient. After all, you’re there to immerse yourself in the painting.

Served with words that suggest Dali’s possible thoughts as he was imagining his surreal world, Dreams of Dalí continues to be, even today, one of the most accomplished ways to translate a flat painting into a world that cativates the viewer. For many years, many of Dalí’s paintings and drawings have inspired people in ways that made them want to step into those universes. With this VR interpretation of Archeological Reminiscence of Millet’s “Angelus”, if you want to jump inside and wander around… you can. 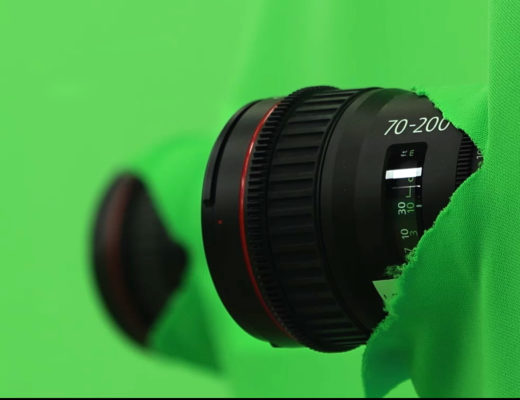